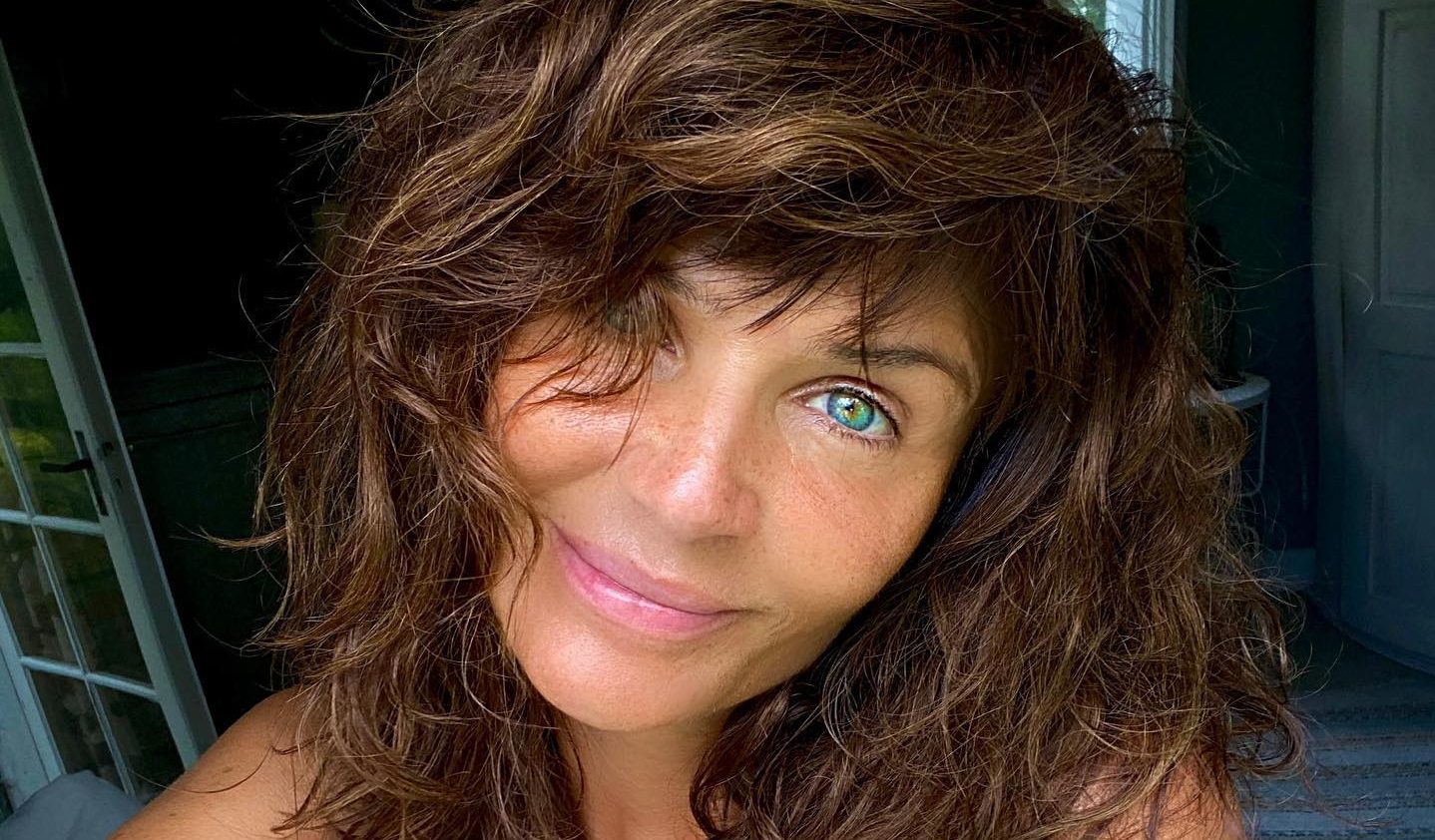 The undisputed queen of good hair days, Helena Christensen, has had a major transformation. The supermodel has shared snaps on her Instagram of her new haircut, which saw the star lop a significant amount of length off her signature long locks.

In a series of images, Christensen documented the moments before and after her new hair look, which saw her brunette strands go from waist to shoulder-skimming.

In the pictures, Christensen’s niece, Sarah-Sofie Sonne, is seen holding scissors above the model’s locks, poised to snip it all off for a DIY hair overhaul.

It might be considered a risky move to some, but Christensen clearly appeared happy with her at-home haircut. In the caption for the images, the Stærk & Christensen founder wrote of her big chop, “It felt good.”

She also revealed the entire process on her Instagram Story, with a sped-up video detailing every step as Sonne took her aunt from long lengths to a flirty long bob by cutting off twelve inches — keeping her trademark shaggy fringe in tact, of course.

The model’s comment section was inundated with approval from her celebrity friends, including Julianne Moore who called the star’s new look “cute,” while Michelle Pfeiffer said of the new lob, “Looks amazing!”

While she might’ve opted for the DIY route this time, the supermodel’s go-to stylist is actually Marianne Jensen. “I blow-dry Helena’s hair with the biggest round brush I have. That being said, I don’t want too much volume, so I work the brush to smooth her own texture and make it more sleek,” she said of styling Christensen in a recent interview.

“Then I run a big tong through her hair to make sure her hair is shiny and healthy looking … If the hair looks ‘too done’ I’ll use a bit of dry shampoo with texture to play around a bit with the hair.”

One to take to the hairdresser, stat.