Parents and social media is always a bad idea. Once they finally got the hang of Facebook – and realized that not all photos their beautiful children are tagged in need to be immediately commented on – we transcended to Instagram and, in an attempt to keep up to date with their children, so too did our boomer moms and dads.

A perfect example of what can go wrong when parents try to gingerly work their way through social media feeds without help is that of Emma Roberts’ mother, who straight up revealed her famous daughter’s secret pregnancy on Instagram.

During an interview on Jimmy Kimmel Live on Monday evening, Roberts said that she was initially keeping her pregnancy news a secret, but her mother, Kelly Cunningham, accidentally told the world with a few excited comments.

Thank you for having me last night @jimmykimmel 💕 we talked moms on Instagram and my new movie #holidate on @netflix October 28th! 👻

“I was keeping my pregnancy pretty low key but unfortunately my mother has Instagram. Which, mothers and Instagram, it’s a bad combination,” Roberts told Fallon. “She definitely spilled the beans.”

After a tabloid initially guessed – with no confirmation – that Roberts was pregnant, Cunningham started thanking fans for their well wishes, not realizing that her daughter hadn’t actually spoken to the press. Roberts said her mum having Instagram  “led to interacting with my fans and just thanking them for all their pregnancy wishes. It was a disaster, and I found it all out on a plane, so I couldn’t get to her. I couldn’t call her or attack her.”

“She was like, ‘Thank you so much for the well-wishes! We’re so excited,'” she added. “It was endless. My friends were sending me screen grabs. It was unbelievable. When I said to her, ‘Mom, you revealed my pregnancy.’ She goes, ‘Emma, you announced it!’ And I said, ‘No I didn’t. That was a tabloid.’ She goes, ‘Oh I didn’t… that wasn’t clear.'”

“We kind of laughed. We kind of got into a fight. I blocked her at one point,” Roberts said, adding that it’s a “good story to tell the baby.”

Roberts later confirmed the news of her pregnancy herself in August, sharing an Instagram post with boyfriend Garrett Hedlund, showing off her baby bump in a white dress and simultaneously revealing the couple is expecting a boy.

“I was convinced I was having a girl to a point where I said to my boyfriend, ‘If it’s boy you can name it,'” Roberts told Kimmel. “Meanwhile being like, it’s a girl, who cares? Now I get to name it. Then when we found out, he was like, ‘Oh yeah, so you said I get to name it!’ And I was like, ‘I did say that, didn’t I? So funny that I said that.'”

Roberts told Kimmel that eventually, Hedlund did pick out their baby’s name, which she has yet to reveal.

“My boyfriend was playing very hard to get with me about the names. I was like, ‘We’re having a baby. You can tell me what you want to name the baby,'” she said. “And he was just very tight-lipped and then he did finally, he came up with a winner that was really good. All of mine got vetoed for various reasons, which I’m very upset about.”

Earlier this month, Roberts hosted a garden party baby shower with 10 of her close friends, including Kristen Stewart and Camilla Morrone.

So grateful to my family and pod for making my pregnancy feel so celebrated during such wild times. I love you guys @cadehudson22 @kakeykake @britelkin and thank you to @toryburch & @ericbuterbaugh for the magical garden 🌸 #toryburchhome 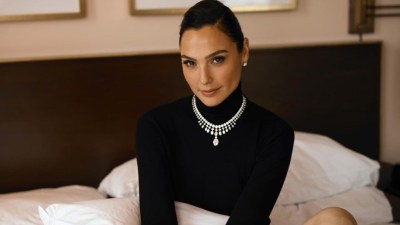 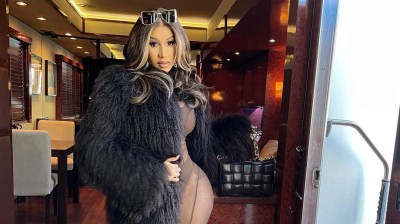 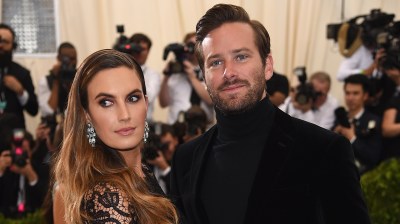 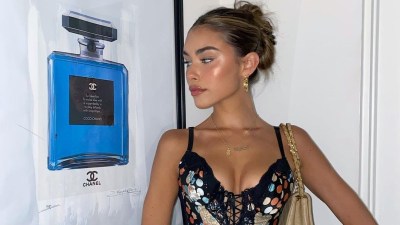 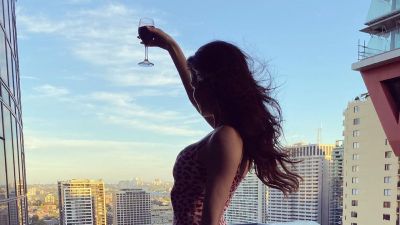