In recent months, Dua Lipa has been upping the ante when it comes to her style. Not only has she become a bonafide runway model, making her catwalk debut by opening and closing Versace’s Milan Fashion Week show, but, with the help of her stylist Lorenzo Posocco, she’s been serving up look after look on Instagram.

Like her friend (and potential future sister-in-law) Bella Hadid, Lipa has been leaning into the return of 90s and Y2K-era fashion, embracing butterflies, low-rise and colorful OTT accessories. What makes her outfits even better is that despite having every top designer at her beck and call (and having her face plastered on huge Versace billboards in Italy), the singer often looks to smaller, more unknown brands, mixing and matching high-end with more affordable and independent labels. Recent bangers have included her Masha Popova butterfly top, her GCDS crochet dress and her Jean Paul Gaultier x Marvin Mtoumo white tulle shell print bodysuit and matching mini skirt combo.

Adding to her winner’s list is her most recent look, which she wore over the weekend for a night out in London with friends. Posting one of her signature dumps to Instagram, Lipa showed off her LBD by London designer David Koma which has a high neck, sheer fabric down to the body of the dress and two silver sparkly flowers across the chest. She paired the statement mini with a pair of black knee-high boots, a black blazer thrown over her shoulder and made like Hailey Bieber by wearing Balenciaga sunglasses at night.

If you look closely, Lipa’s also holding the new Marc Jacobs x Devon Lee Carlson collaboration bags, as spotted by the @ClosetOfDuaLipa Intagram account, and has a union jack lip ring on by British jewellery brand Hotlips by Solange. Her London-designed outfit and accessories matched her caption: “It’s a London thing.” More like, it’s a Lipa thing. 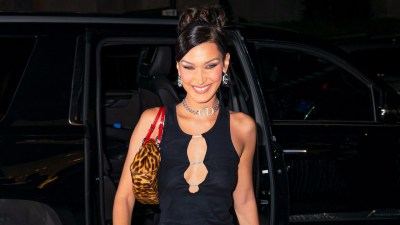 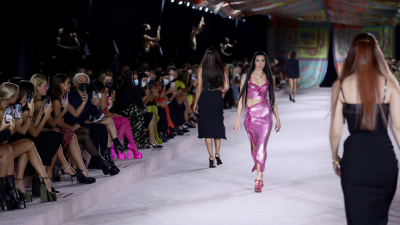 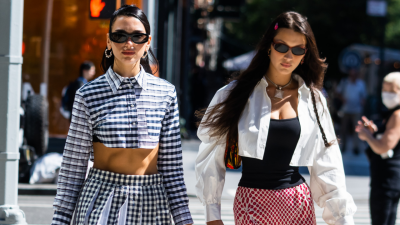 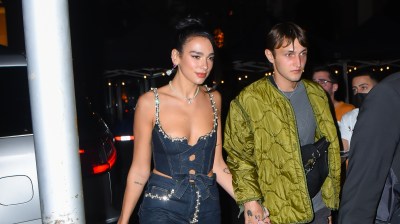 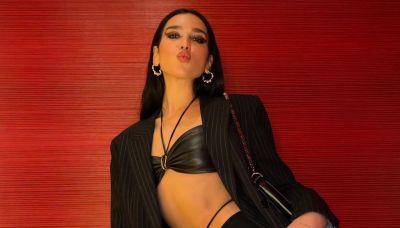 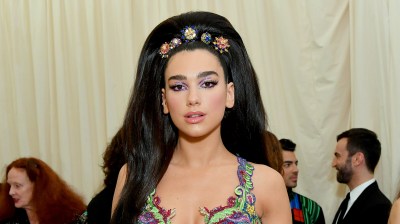