This may cinch the presidency.

The last few days have been so dense with statistics, numbers and possible outcomes that you’d be forgiven for switching off. But here’s something worth committing to memory: Biden is poised to make an unexpected win in Georgia, and if he does, he will likely become the next President of the United States. If that happens, we have Stacey Abrams to thank.

Abrams, who rose to international prominence in the 2018 Georgia governor’s race, is credited with inspiring mass voter registration and turnout in the traditionally conservative state. Her loss to Republican Brian Kemp was seen as hugely controversial at the time. Kemp—in his role as state attorney general—had reportedly worked to freeze the registrations of an estimated 53,000 voters, most of whom were African American, and had overseen the rejection of more than a million registrations between 2012 and 2018. Ultimately, Abrams lost the race by 55,000 votes—a razor-thin margin that inspired her to become an advocate against racially-motivated voter suppression, through her organization Fair Fight Action.

Abrams’ efforts to encourage voter registration in Georgia in 2018 saw Latinx, Asian American and Pacific Islander turnout triple, and youth registration double. She was hoping to increase those numbers in 2020, and it appears she may have succeeded. The margins are still thin, and the votes haven’t been finalized—but Biden has pulled ahead as the final votes are counted, which has been a recurring theme in remaining states because of the overwhelming number of mail-in ballots, which tend to skew Democrat.

“We know that 10 years ago, they wrote off the state of Georgia,” Abrams said, per USA Today. “But since that time we have been growing and growing … and now we’re grown! We are ready to be the blue state that we were meant to be.” If we celebrate a Biden victory, let’s not forget how much we owe Abrams. Perhaps we can repay her in 2024. 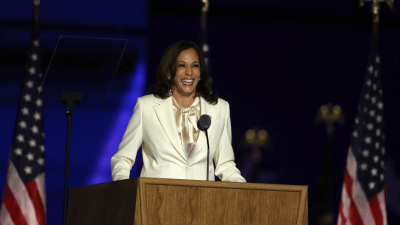 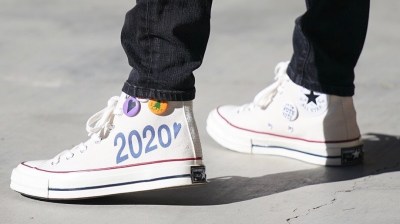 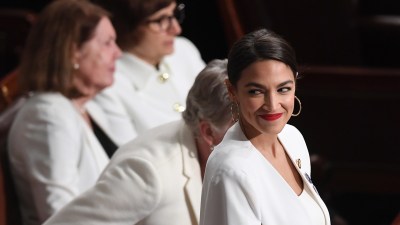 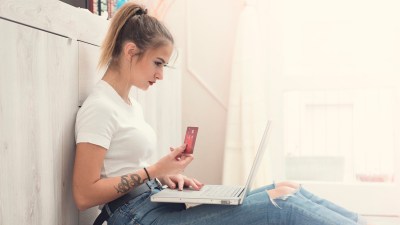 Designer Distractions: 10 Items To Shop While You Wait On Election Results
Next page