After living many fashionable lives, Barbara Hulanicki is now returning to her roots. The multi-hyphenate creative is best known for launching the iconic London boutique Biba, which left an indelible mark on fashion culture in the swinging 1960s and ‘70s.

However, she is a fashion illustrator by trade — a skill she is now putting on (literal) display in the salon exhibit “Après Biba,” which is making the rounds of Miami’s most exclusive hotels. A Miami resident since the ‘80s, Hulanicki is excited to show traditional, hand-sketched illustrations that embrace “going back to the drawing” in her adopted hometown, she told GRAZIA Gazette: F1 Miami.

Dismissing digital illustrations as “too plastic,” Hulanicki cites the importance of learning the classic and authentic techniques of old. And if the critical response to her recent work is any indication, such time-honored techniques are very much of the moment: Hulanicki illustrated a popular campaign for Bottega Veneta and just wrapped her “Après BIBA” exhibition at the Sagamore.

The artist said, “It’s so strange. I’ve found that the young people love real illustrations now.” The next stop for “Après BIBA?” South Beach’s Betsy Hotel this May.

Born in Poland, the Biba founder credits her mother with having inspired her creative outlook on life. “I had a very stylish mother. She was wonderful and always had incredible clothes. She knew how to sew. We were always making clothes because you couldn’t buy anything. There were no shops,” Hulanicki said.

“I worked my way up in the studio to working with all the newspapers and magazines,” she continued. “They would send you to Paris to see the [runway] shows and illustrate the clothes.” Due to the rarity of mainstream photography, illustration was the preeminent conduit for publishing the styles of the season.

Feeling out of place among the stuffy high-fashion crowd, Hulanicki also found the subdued monotony of the big fashion houses, well, quite boring. It all changed, though, when Audrey Hepburn first came onto the scene. An aspirational icon for a younger generation, Hepburn was “the first young person that was wearing fabulous clothes,” Hulanicki said. “You wanted everything she had.”

Soon, fate intervened. Hulanicki serendipitously ran into her idol in a tiny elevator at Givenchy, and the young illustrator took note of the actress’ spindly proportions; specifically, her elongated neck, waist, and unexpectedly large feet. “I was so excited!” Hulanicki laughed. “I thought, Wow! She’s normal!”

Accessible sartorial choices were extremely limited in the UK at the time, so Hulanicki and her husband Stephen Fitz-Simon (whom Hulanicki lovingly refers to as “Fitz”) saw a gaping hole in the industry. “This huge, bulging market wanted stuff. They were all coming in from all the provinces to live in London because of the music, of course,” she said.

“I was going to all these fashion shows and there were no clothes to wear! That’s why, when I met my husband Fitz, he said I should really go back to designing, and that we should do something together. So, we did. And we hit the jackpot.”

In 1964, the couple launched Biba in Kensington. A psychedelic labyrinth, filled to the brim with opulent interiors and funky fashions, it served as the hottest hub for would-be rock stars and waif-like models, reigning as the seat of fashion royalty from the mod movement throughout the ‘60s youthquake. “One day, the doors opened and suddenly it filled up with people wanting to buy things,” Hulanicki recalled of the whirlwind experience. “It was like a fairytale. We just grew every two years. We had to go bigger.”

Biba wasn’t just a hot spot for the everyday clubgoer. Stars like Twiggy, The Beatles, and Mick Jagger often frequented the groovy haven as well, but the stylish shop girls weren’t exactly impressed. “It was terribly funny because there was always somebody very important, lots of big names coming in,” recalled Hulanicki.

When Barbara would pop into the shop and ask the young ladies behind the counter if anything exciting had happened or if anyone of note came in, “They were just so blasé,” she remembered with a laugh. “They’d say, ‘Oh, I don’t know. Yoko Ono’s been in. We don’t know who she is. Oh, yeah, Mick Jagger, but he’s always in here.’ I mean, they were terrible! Fitz and I were like, ‘Come on! Tell us more, tell us more!’” They were hilarious. There were fantastic girls in the shop. They were incredible.”

Reminiscing over the hard work and camaraderie of the well-oiled machine that was Biba, Hulanicki revealed that she still keeps in touch with a lot of her shop girls: “It was a completely woman business, except for Fitz. Women are amazing when they’re together.”

A whole new era began when Hulanicki moved to Miami in the ‘80s. It all started when she was enlisted to help design a nightclub for Rolling Stones band member Ronnie Wood: “He said it would take six months. HA! Three years later, Fitz and I were still here.” Making a home out of Miami, Hulanicki was newly inspired and influenced by the Art Deco aesthetic.

After the project with Ronnie Wood wrapped, Island Records founder and GoldenEye hotel owner Chris Blackwell called upon Hulanicki to help with a series of hotel projects. Blackwell – one of the first to record the Jamaican popular music eventually known as ska – “wanted everything to look like Jamaica,” Hulanicki recalled. Her unabashed use of vibrant colors eventually got Hulanicki into some hot water with Miami Beach’s preservation board, though, which is why her latest honor took her by surprise.

In March, Hulanicki was presented with a Certificate of Recognition from the City of Miami Beach, paying homage to her contributions towards the revitalization of the Miami Beach Art Deco District. “I was shocked! I was very thrilled to get that,” Hulanicki said.

Now, running her label Hula in partnership with BrandLab 360, Hulanicki noted the unexpected similarities that exist between running a brand on a digital platform and a mail-order brick-and-mortar. “It works exactly the same way if one had a shop, like Biba,” she said.

Integral in establishing the emphasis on individuality throughout the ‘60s and ‘70s, Biba’s enduring relevance continues to keep Hulanicki’s name synonymous with genuine creative expression. At age 85, the eternal pioneer and arbiter of taste shows no signs of slowing down. Miami had better watch out. 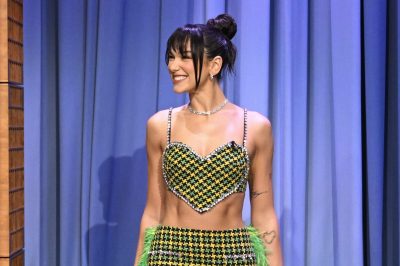 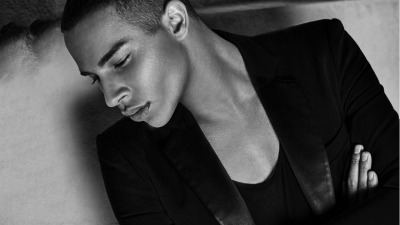 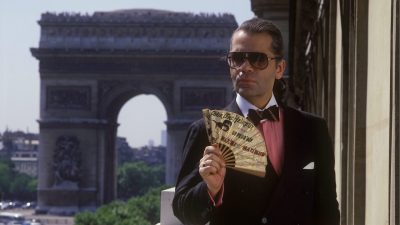