At the Fendi FW20 menswear show in Milan, the model looks celestial with tiny crystals on her eyes

Barbara Palvin attended the Fendi FW20 menswear show in Milan overnight with stars (quite literally) in her eyes. The model arrived at the show (with boyfriend Dylan Sprouse in tow) wearing a fairy floss pink Fendi two piece suit set and tiny Swarovski crystals arced above her eyelid.

Crafted by makeup artist Charlotte Prevel, the look is equal parts magic and doll-like, thanks to soft peachy-pink eyeshadow blended on the lid beneath. Subtle gloss and an almost invisible flush let the eyes do what they were certainly created to do: shine on.

Palvin’s hair (as styled by Marco Minunno) is another talking point, making reference to the Alice bands that have seen a resurgence in recent years. To emulate a similar look, apply a smoothing cream to damp hair, blow dry thoroughly before finishing with a straightening iron and shine spray. Once done, separate the front two sections, add the  headband and finally secure behind the ears. Smooth with a comb and lock it all in with hair spray. Et voila! You’re Barbara Palvin (almost).

It’s not the first look Palvin has served up during men’s fashion week, either. At Moncler, the model wore white liner (but in reverse), a coral lip at The Kooples, and neon orange at Prada. Keep scrolling for visual proof that Palvin is absolutely on a menswear makeup roll. 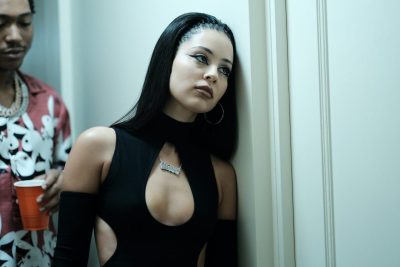 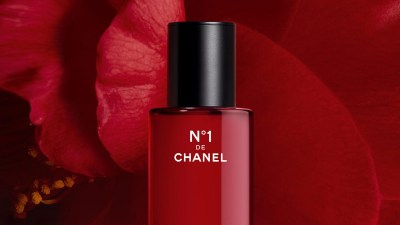 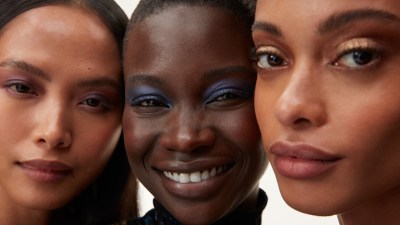 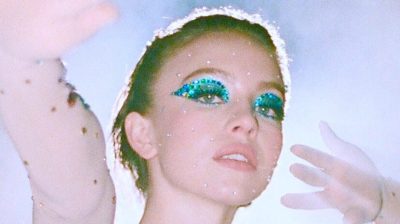 Add Face Crystals To Your ‘Euphoria’-Inspired Makeup Routine
Next page