Despite what it looks like from the outside, the tennis star says marriage isn't easy

Serena Williams and Alexis Ohanian have long been thought of as the ultimate in couple goals: a Silicon Valley tech founder and one of the world’s best sports players meeting by chance, falling in love and starting a family. All the makings of a ’90s rom-com.

When the pair gave birth to their child, Alexis Olympia Jr., now 3, the world got even more obsessed, especially when Ohanian and his daughter started sitting front row at tournaments to support their tennis star mum.

Proving he really is a great guy, when the Black Lives Matter movement reignited in 2020, Ohanian was one of the only major CEOs to step aside to give a Black person his role at the top of Reddit. Not because he was worried about his past actions coming back to haunt the company, but because he wanted to give POC a real seat at the table.

But despite looking like the perfect couple, Williams admits marriage—even when you’re rich, famous and crazy in love—isn’t easy.

“Marriage is not bliss,” the 39-year-old admitted with a laugh when asked what the most surprising thing she’s learnt about marriage is for Bumble. “But it can be if you work at it.”

Williams added during the video that “a dealbreaker for me in a relationship is definitely loyalty. Well, not having it, that is.”

“I learned that love is an amazing feeling. And if you have an opportunity to feel it, then it’s a special thing,” she said of her husband, adding advice for anyone dealing with a broken heart: “Heartbreak is a part of life, whether it be a loved one, a boyfriend, or an animal. But time heals all wounds.”

Williams and Ohanian  tied the knot in November 2017 during a ceremony in New Orleans that was attended by Beyoncé and Kim Kardashian West. But when they initially met in 2015, they didn’t exactly hit it off.

The pair met at the Cavalieri hotel in Rome on May 12, 2015, according to their joint interview with Vanity Fair from 2017. Williams was there for the Italian Open, while Ohanian was there to speak at a conference.

At the pool one morning, Ohanian sat at the table right next to Williams and her group—which they were also planning on using. Williams and her friends started trying to make him leave and the first thing Williams said to her now-husband was, “No, we just don’t want you sitting there. We’re going to use that table.”

This led to them talking more, Ohanian getting invited to Williams’ match, even though he “really had no respect for tennis,” as he told VF. After meeting in Rome, Williams invited Ohanian to meet up with her in Paris, and they went to a zoo and walked around the city for six hours.

In December 2016, Ohanian proposed to Williams at the same hotel in Rome where they first met, at the same table by the pool. I’m not crying, you’re crying. 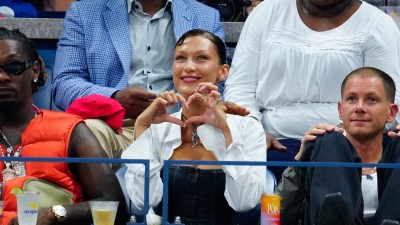 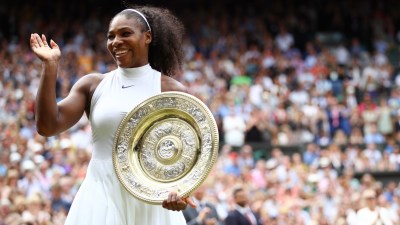 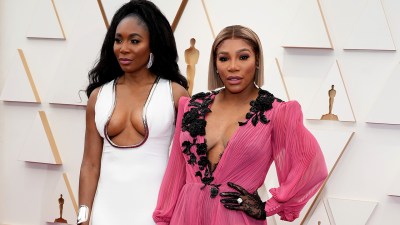 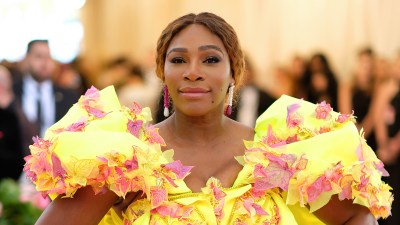 Serena Williams Is Creating Her Own Documentary
Next page