While ‘Game Of Thrones’ Takes Over The World, ‘Big Little Lies’ Is Teasing With Everything Its GOT 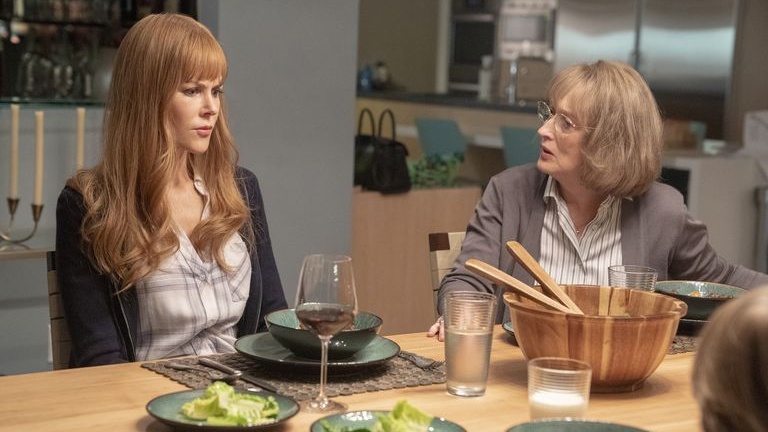 The Game Of Thrones series return is being touted as nothing short of “epic” and in its first episode’s wake, HBO have released a stirring trailer for the second season of Big Little Lies. In it, the “Monterey Five” are back: Nicole Kidman, Reese Witherspoon, Shailene Woodley, Laura Dern and Zoe Kravitz. The big ticket pull, however, is Meryl Streep’s addition as a cast member.

Streep plays Mary Louise Wright, the mother of Perry (Alexander Skarsgard), who plummeted down a flight of stairs to his death in the first season. He was also the violent husband of Celeste (Kidman). In the new trailer, Mary Louise can be seen talking to Madeline (Witherspoon) about the circumstances surrounding her son’s passing. “I want to know what happened that night,” says Mary Louise. “I’m very tempted to ask you but I don’t think I would get the truth, would I?”

Just like Shay Mitchell’s character in You, there is speculation Skarsgard will return, potentially in a flashback scenario.

Big Little Lies will return to Australian screen in June on Foxtel.

Watch the second teaser trailer below: