For its 10th anniversary, Vivid Sydney unveils a titanic lineup

Meet the titans of culture making their way to Sydney for the city's annual celebration of lights, music and ideas 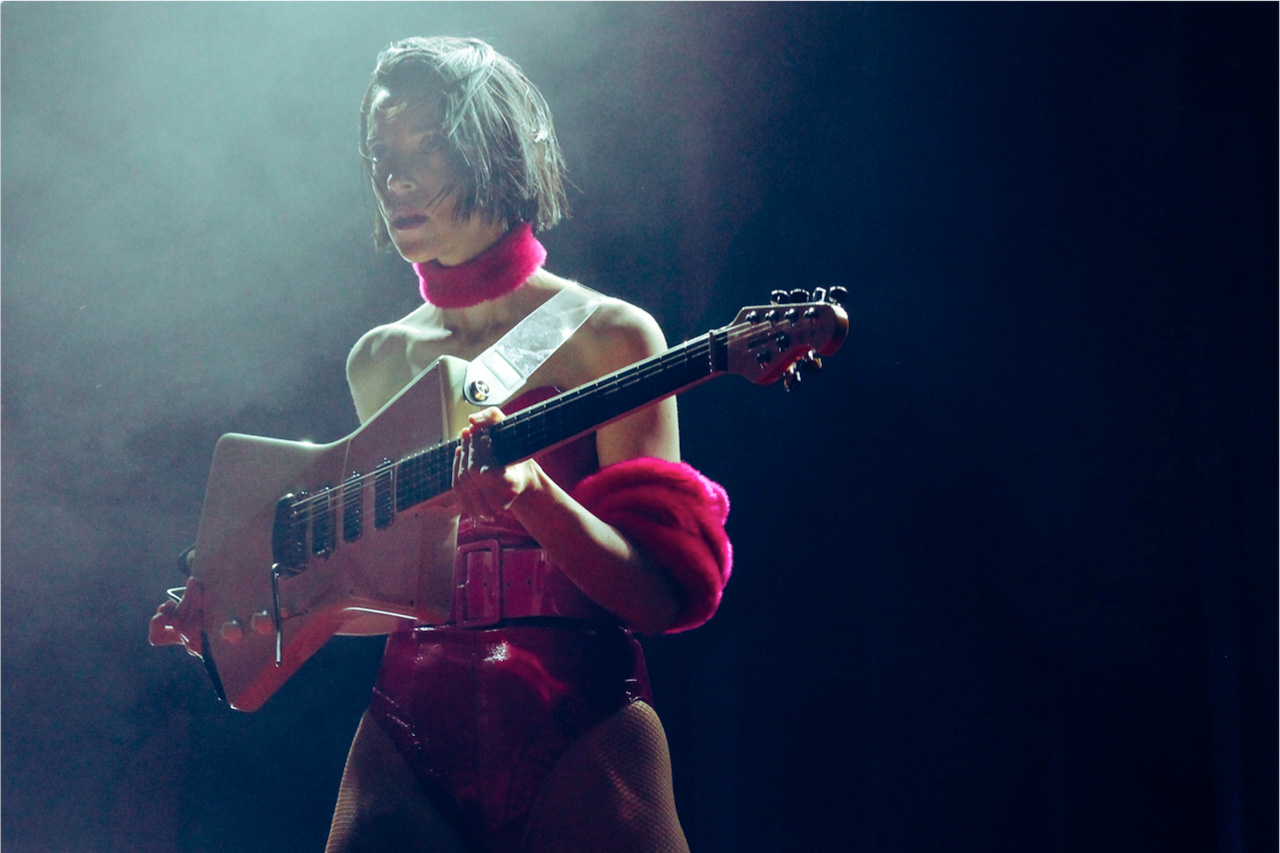 St. Vincent performs a one night only Sydney exclusive at Carriageworks on Sunday 17 June 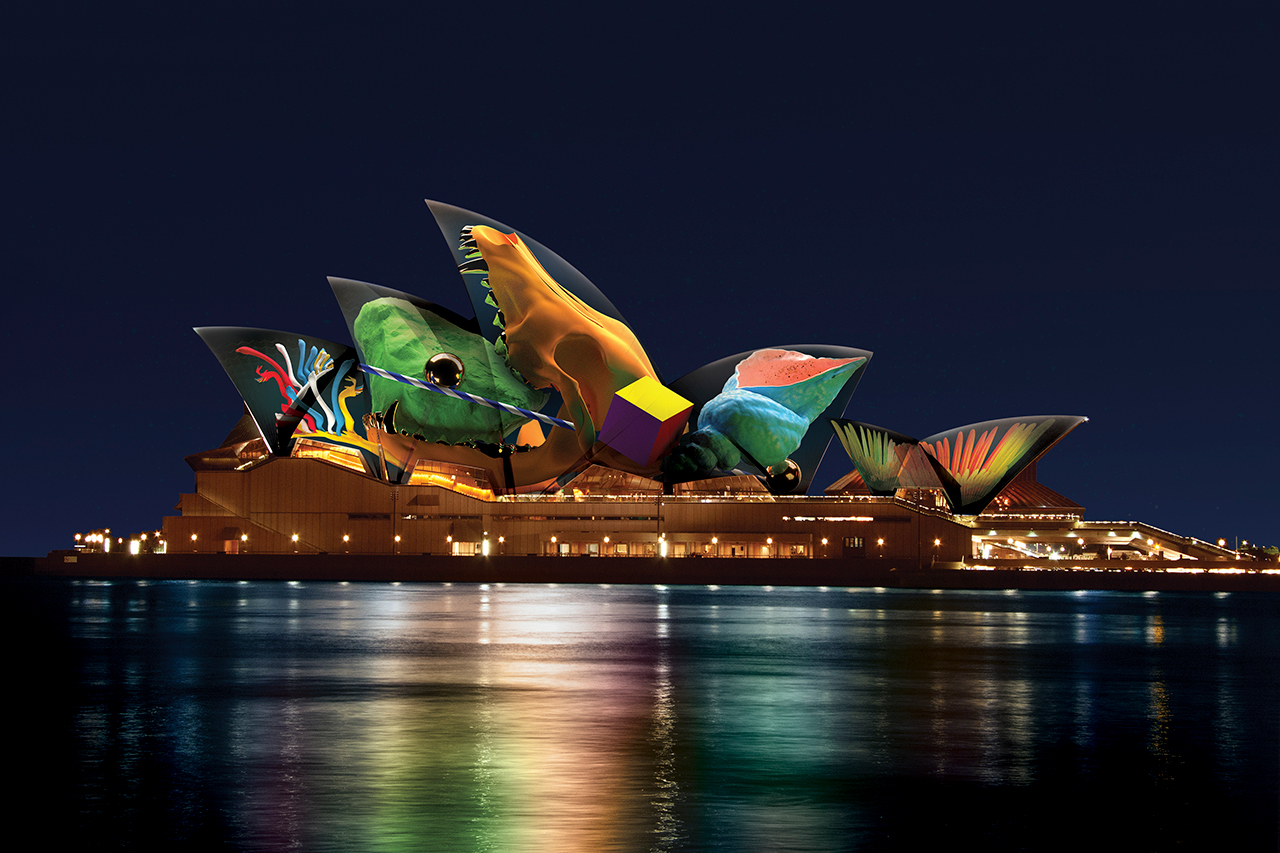 Lauded Australian artist Jonathan Zawada has been charged with lighting the sails of the Sydney Opera House. His work, Metamathemagical, draws on iconography from the natural Australian landscape, science and culture

Courtesy of the artist/Vivid Sydney 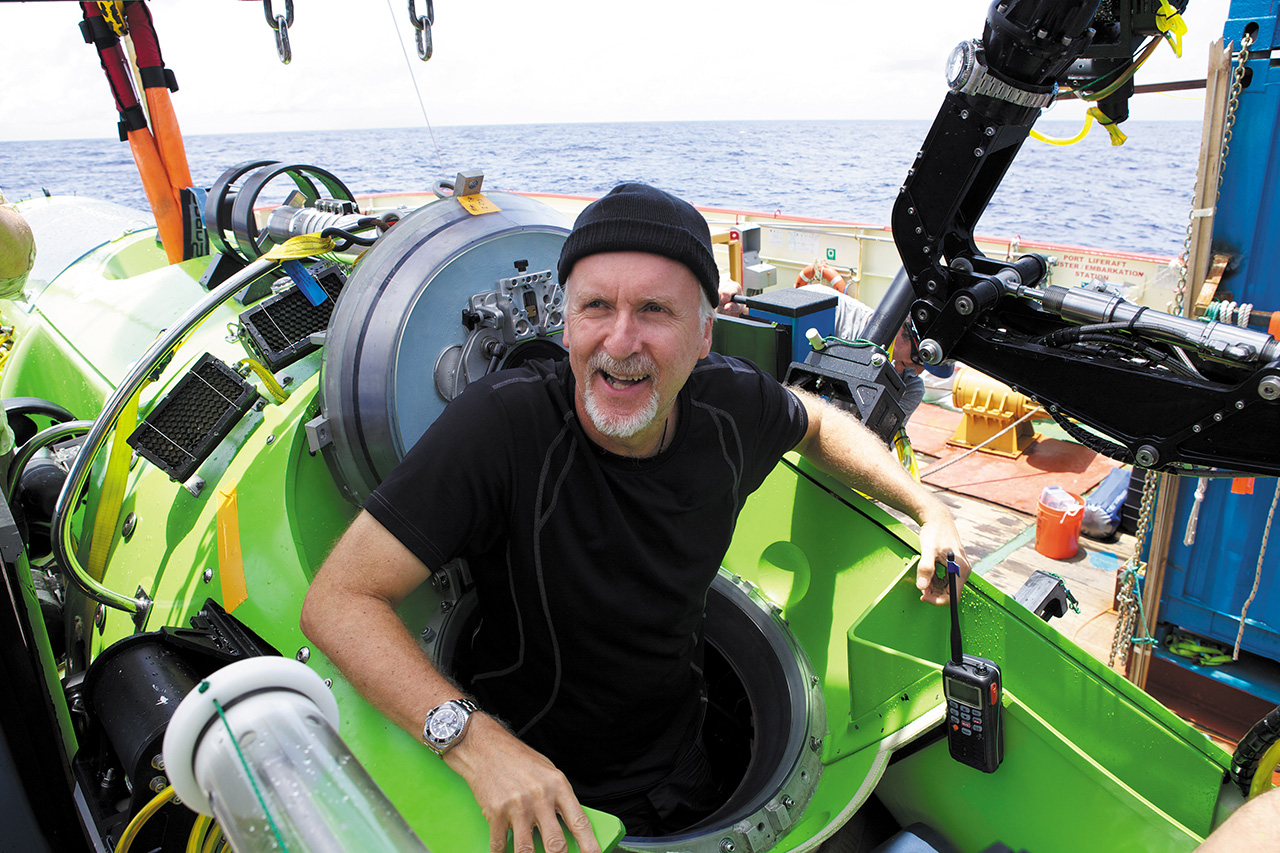 Visionary filmmaker and avid marine explorer James Cameron (Titanic, Avatar, in case you needed a primer) will appear at Vivid Sydney to discuss how his passion for science and technology has influenced his work in film and as an environmentalist. In conversation with Adam Spencer, Cameron will appear at the National Maritime Museum to open his eponymous exhibition 'James Cameron: Challenging The Deep' 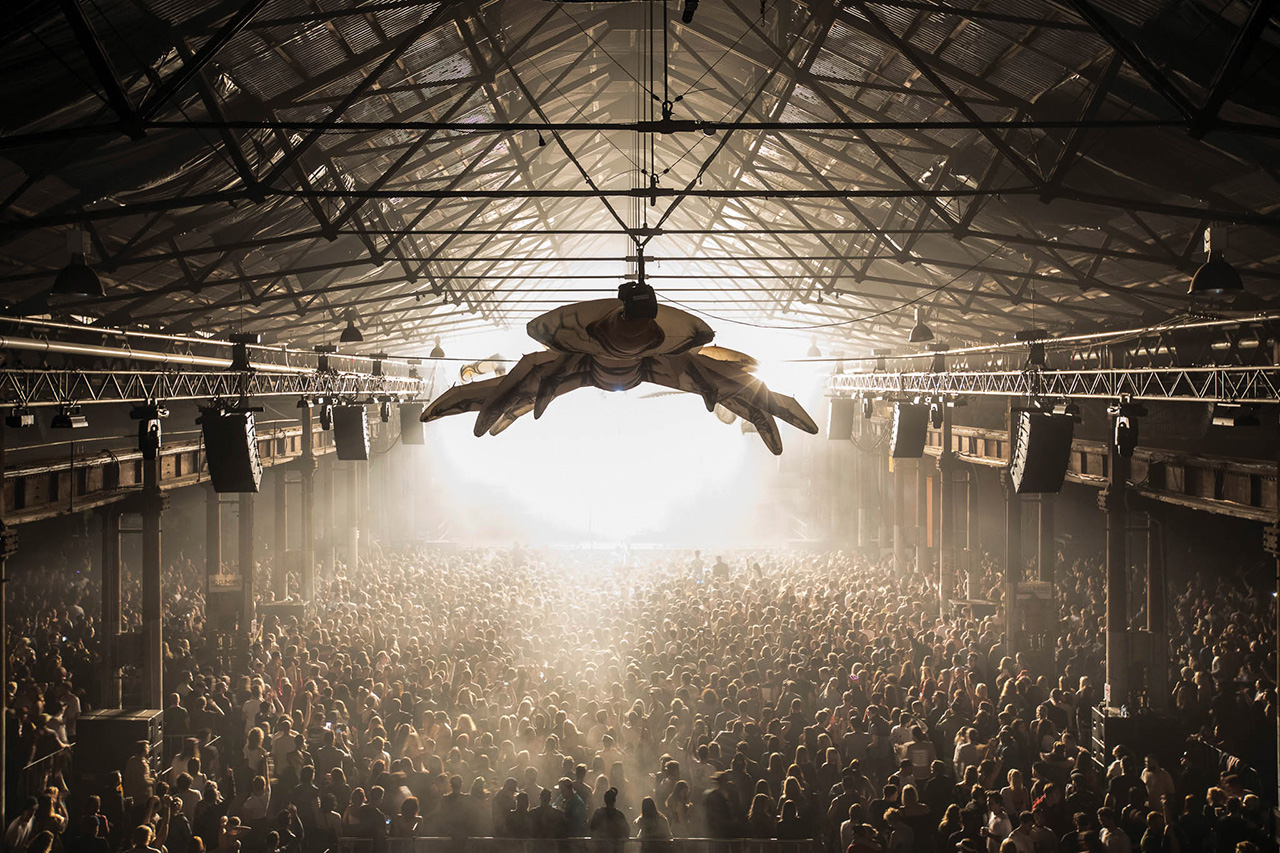 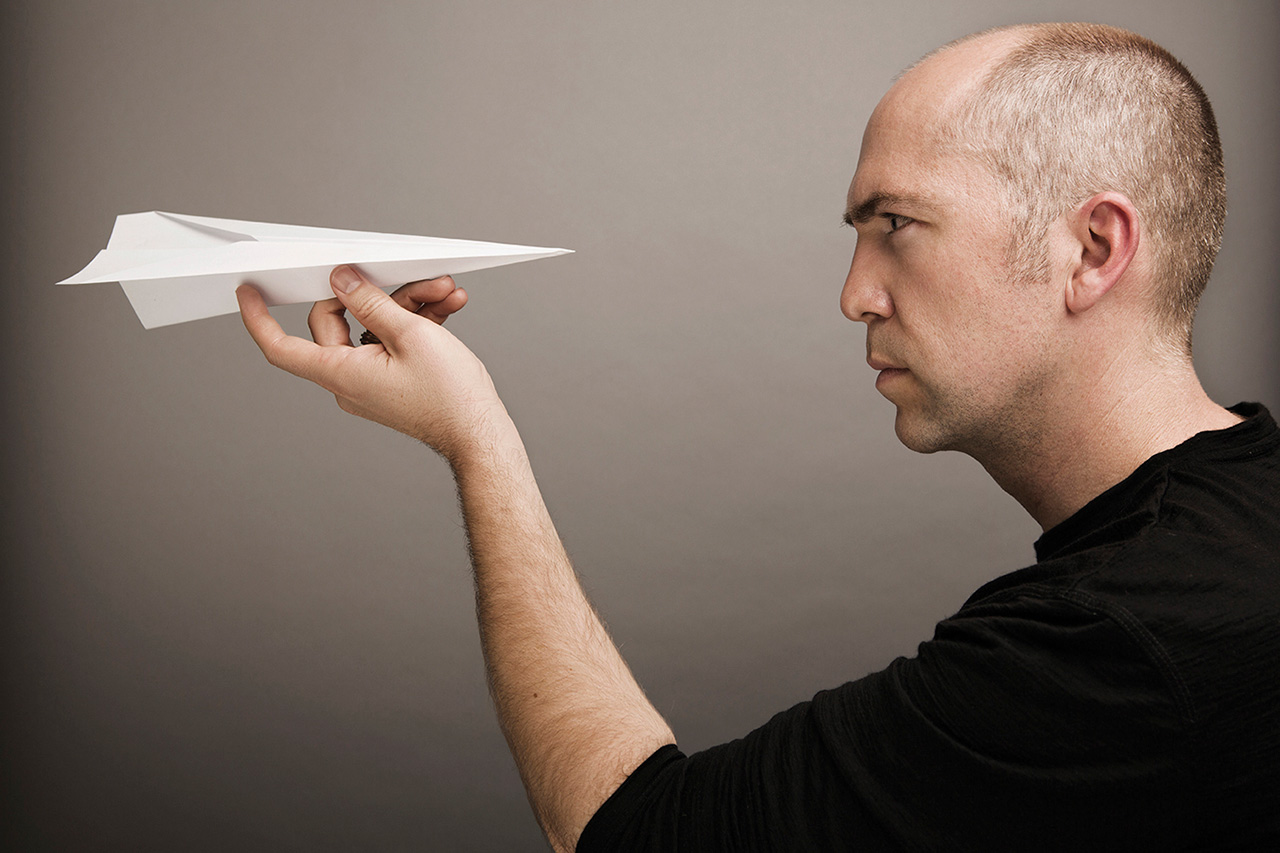 Dan Goods, a visual strategist at NASA's Jet Propulsion Laboratory and the co-founder of the Museum of Awe, will join Vivid Idea's Creative Catalysts line-up to discuss the intersection of science and creativity 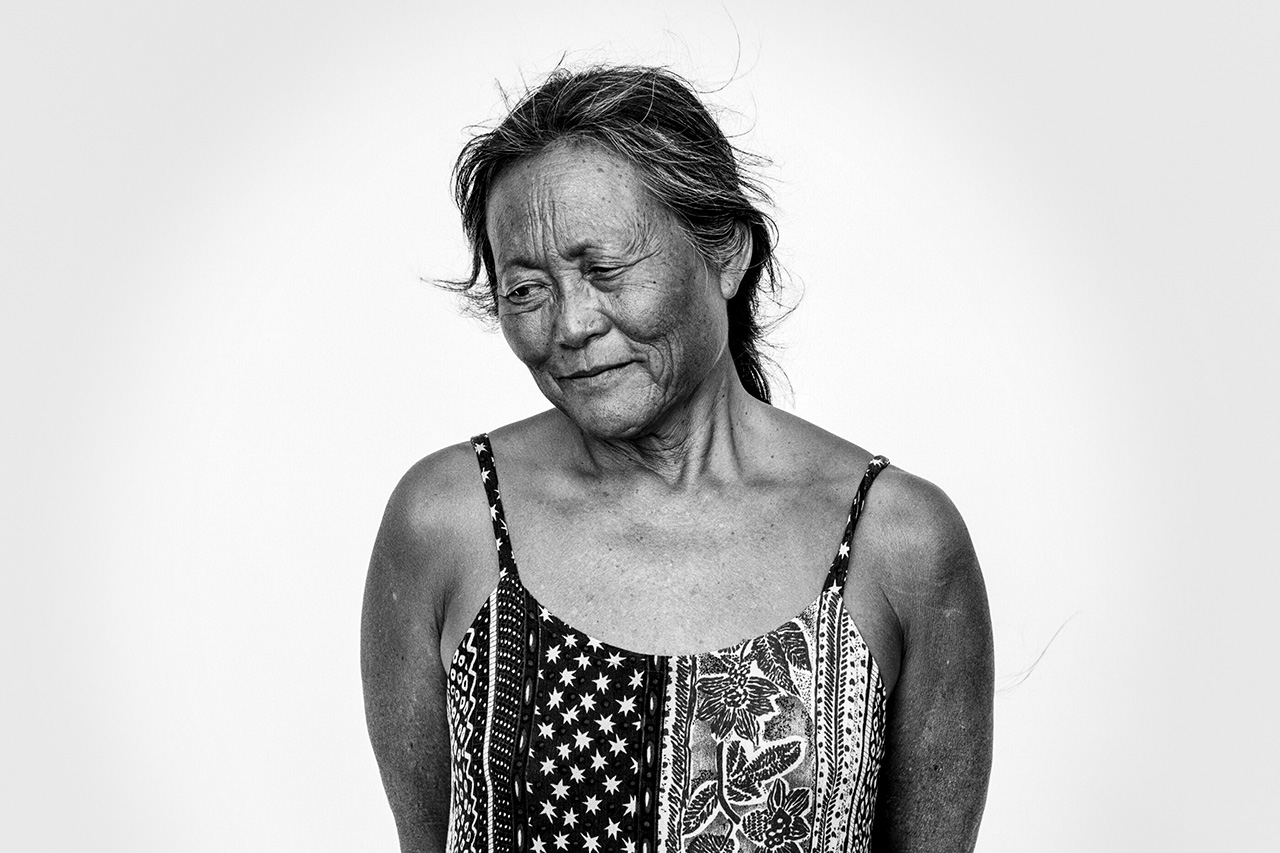 Peggy Oki – a pioneer surfer, skater, artist and environmental activist who in the 1970s was the only female member of the Zephyr Skateboard Team (made famous in the films Dogtown and Z Boys) – will appear in conversation with the marine biologist, model and activist Laura Wells to discuss how one's work can be an agent to inspire change in the lives of others 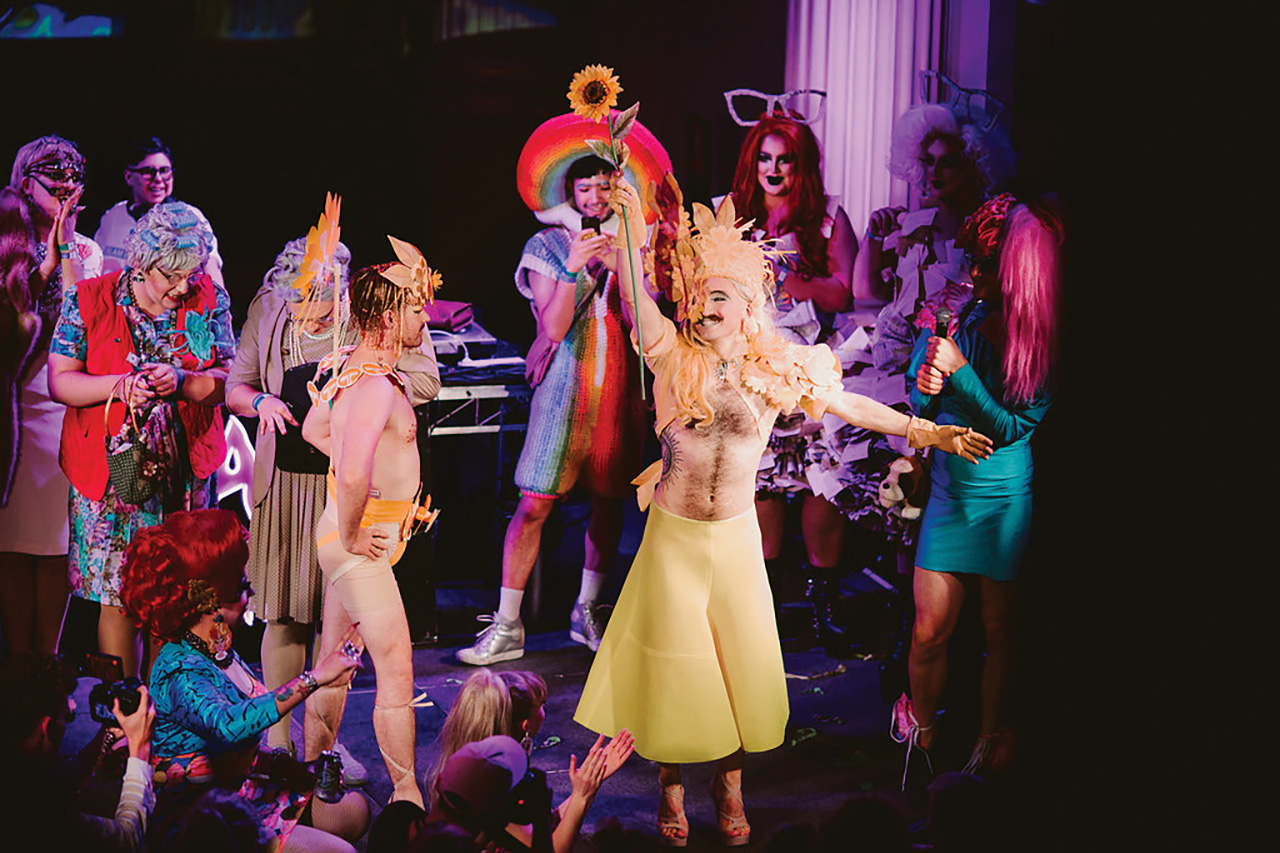 Sydney's premier queer party collective Heaps Gay return to Vivid for the fourth time this year by staging their inaugural Qween Ball, set to be staged at Sydney's Town Hall 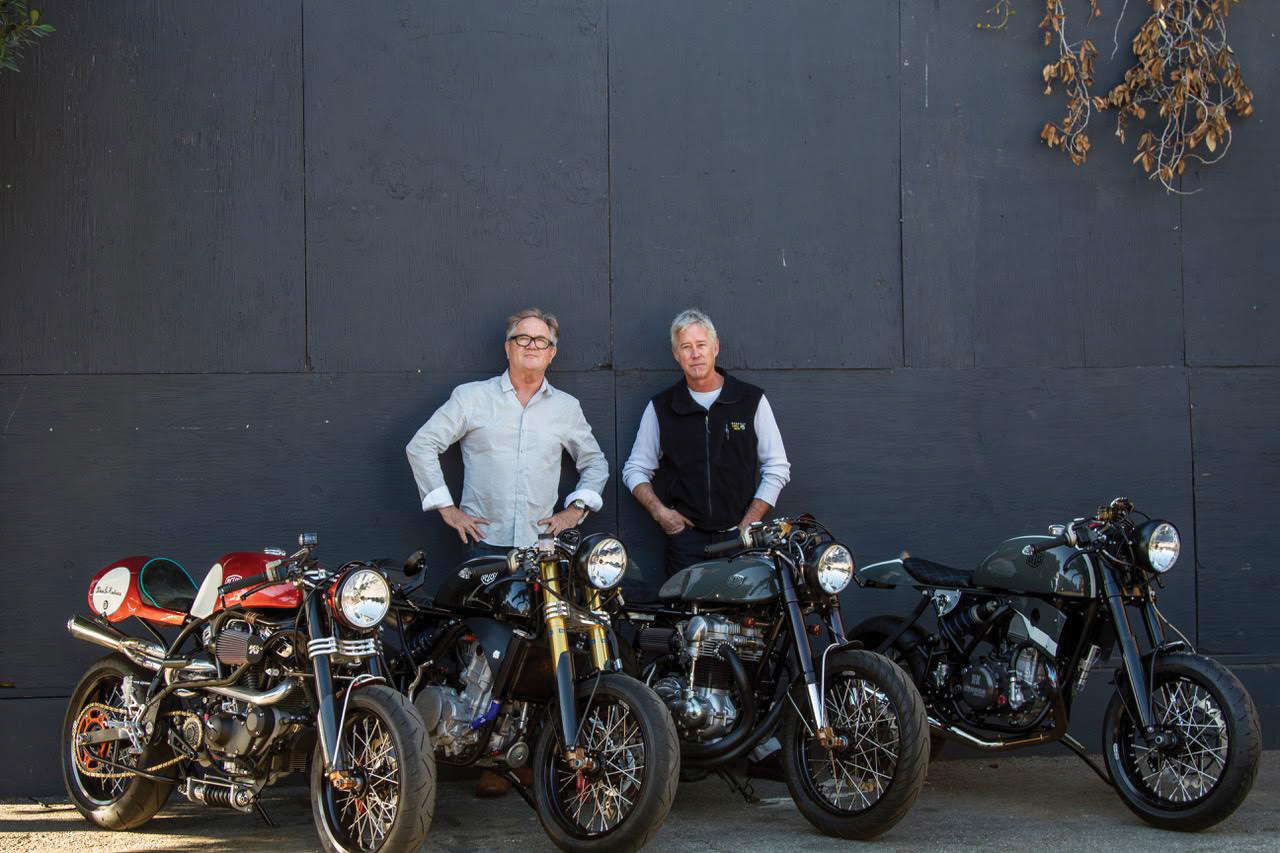 Dare Jennings, the creative force behind iconoclastic Australian brands like Mambo and Deus Ex Machina, will appear on the Vivid Ideas program to discuss his career

Musical iconoclasts of the nineties and now, award-winning filmmakers, visionary artists and centenarian gumnut babies spearhead the agenda for Vivid Sydney 2018, announced earlier today and highlights from which appear in the gallery above.

Joining Solange Knowles on the headlining bill of the Vivid Music lineup is the dynamic St. Vincent, who will perform a one-off exclusive show at Carriageworks. The inner city arts precinct will also play host to the return of creative conference Semi Permanent and to the Curve Ball, which this year is headlined by Alison Wonderland and Vera Blue. At the Sydney Opera House, Vivid’s live music program caters to both the nostalgic – Mazzy Star, making their Australian debut; Cat Power, making her long-awaited return; Ice Cube and Iron and Wine catering to all manner of tastes – and those looking to broaden their horizons to encompass up-and coming-acts, like Sydney’s Middle Kids, H.E.R. and the ever mutable Australian musicians Daniel Johns (Silverchair) and Luke Steele (Empire of the Sun) who are debuting their new project, Dreams. Vivid’s Music program will also encourage audiences to explore venues throughout the city besides the Opera House, with queer party collective Heaps Gay taking over Town Hall for their inaugural Qween Ball; at the Enmore Theatre, Young Hearts Run Free will celebrate 20 years of the inimitable Romeo + Juliet soundtrack, from the Baz Luhrmann film of the same name; and Purple Sneakers will celebrate their 12th birthday at – where else – the Landsdowne.

Speaking of the Sails, the visionary Australian artist and designer Jonathan Zawada has been charged this year with designing the show-stopping Vivid Light visuals that will be projected onto the iconic building. The immensely talent multi-disciplinarian has created a body of work titled Metamathemagical, which takes its visual cues as much from the natural Australian landscape as it does motifs born from science and culture. At the opposite end of the lighting spectrum is May Gibbs’ iconic Snugglepot and Cuddlepie, who this year celebrate their 100th anniversary and whose likeness will be projected onto the façade of Customs House with narration provided by another national treasure, Noni Hazlehurst. Vivid’s signature Light program will, of course, return to the Royal Botanic Garden, Circular Quay, Barangaroo, Kings Cross, Chatswood, Darling Harbour and Taronga Zoo precincts and, for the first time, Luna Park will also fall in sync with the city’s drawcard light show.

An exhaustive Vivid Ideas program will see the visionary director and marine exploration enthusiast James Camera (Titanic, Avatar) travel to Sydney to open his eponymous exhibition, James Cameron: Challenging the Deep, at the National Maritime Museum. Also on the festival’s cultural agenda: an array of ‘Game Changers’ who are disrupting their fields and who will appear in conversation with likeminded Australians; a guide to producing a hit podcast; coding workshops for adults; a music video festival; forums on the future of food and drink, entrepreneurship, virtual reality and ‘keeping it real in the age of curated perfection’.

More information about the Vivid Sydney lineup is available here. Vivid Sydney takes place at various venues across the city from May 25 until June 17.