Versace, But Make It Vintage

It’s no secret the Kardashian / Jenner family have a penchant for vintage. This year alone has seen Kim, Kourtney, Khloe, Kendall and Kylie open the vault of ’90s fashion with everything from moulded Mulger to baroque Versace. There was Kylie’s $2400 vintage Chanel bikini in the Turks and Caicos, Kourtney’s mirror-crusted Dior mini dress at the Kylie Skin launch, and Kim’s dragon-printed Jean Paul Gaultier ensemble at the opening of UCLA’s Robert G. Kardashian Center for Esophageal Health. There’s even been a little sisterly vintage swap, with Jean Paul Gaultier’s sheer Venus de Milo top doing the rounds on both Kendall and Kourtney.

And at yesterday’s People’s Choice Awards, another crop of ’90s pre-loved couture, Kim in vintage Versace. Wearing another archival piece from Gianni’s bombshell files, Kim arrived in the mint-coloured snakeskin dress alongside her mum and sisters, sharing on Twitter than she had been eying it off for a while: “I’ve wanted to wear it for a long time.” 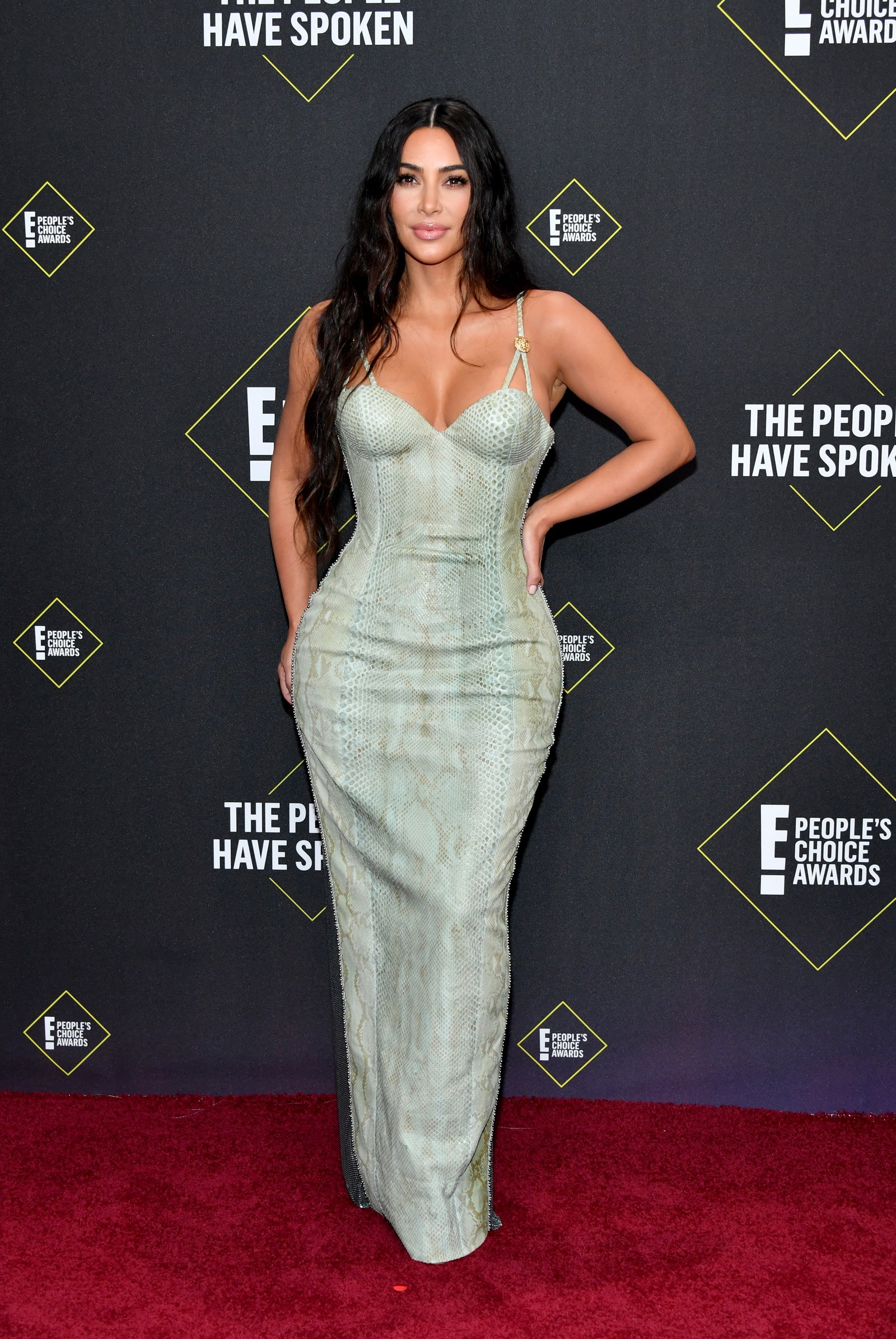 Featuring a delicate double strap and form-fitting body (of course), the dress is very much evocative of Gianni’s sultry ’90s aesthetic, an aesthetic which proudly championed the female form. And while she’s had sartorial flings with all the ’90s designers, Kim Kardashian’s Versace reprise is perhaps the most fitting – quite literally – of them all.

At Missoni, Clothes For A Mad World
Next page