“I really do want to clothe people who are searching for their superhero,” Theophilio's designer, Edvin Thompson, tells Grazia USA during a visit to Black in Fashion Council’s NYFW showroom

After making his New York Fashion Week debut last September — albeit virtually — Theophilio’s Edvin Thompson returns asking ‘red or blue pill?’ He used his time in quarantine to reimagine what heroism looks like among such unrest.

“I really do want to clothe people who are searching for their superhero,” Thompson tells Grazia USA during a visit to Black in Fashion Council’s NYFW showroom. “It builds on last season. It’s a continuation of migration. It’s the same person ascending to a higher sense of self, the superhero in all of us.”

The designer was inspired by the 1999 movie, The Matrix, to create clothing for the superhero in all of us. “The possible thoughts of having to choose between the red pill and blue pill were paramount,” the brand explained in a press release. “A choice between revealing an unpleasant or otherwise life-changing truth, represented by the red pill, and remaining in blissful ignorance, represented by the blue pill.” For Theophilo, the society we live in resembles ‘The Matrix.’

Titled “Solace,” Thompson’s fall/winter collection aims to give comfort and consolation. “You should look and feel good affirming the person you would like to become,” Thompson said of the pieces. In a full-circle moment, Thompson partnered with Doc Marten for this collection, too. “Over a decade ago, my first Doc Martens were the United Kingdom ones: black steel-toe boots with the United Kingdom flag on the toe, so I really wanted to give an homage with my own cultural flag.”

“Know that you can find the superhero in yourself,” Thompson says of what he hopes fans of his work will take away from his latest collection.  “We can be a trailblazer in anything we do, we have to persevere. This collection is a sign of growth coming from four months ago, streamlining that same path.” 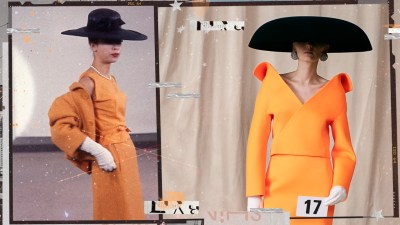 At Balenciaga, A Couture For A Post-COVID World – And Men? 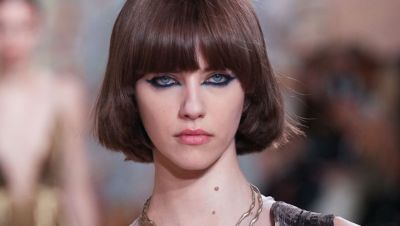