For the first few months after having my first baby, pram walks around the block (via the cake shop) were all consuming. Getting the pram together, bumping it down a small flight of stairs, begging my newborn to please not cry until we got home and remembering to do the one thing I had set out to do in the first place (which I usually forgot) filled every inch of time and space of my newborn bubble brain. And I can tell you what was absolutely not in that space – any single solitary desire to be cute.

It’s an overused lament of new mums everywhere that we’re lucky if our daily outfits are stain-free let alone worthy of trendsetting. So, it seems somewhat alien that any postpartum out-and-about (even a celebrity’s) could be regarded as a fashion fest. Of course it’s not surprising. Famous beings who recently procreated make for winning paparazzi gossip fodder. And, right now, Gigi Hadid is at the forefront. Since giving birth to baby-girl-secret-name with partner Zayn Malik, she’s made pushing a pram around the neighbourhood look like an ad for Gucci x Bugaboo.

In mid-December she introduced us to her strolling style in a Thom Brown chesterfield coat with a Louis Vuitton monogrammed fleece hat. By new year she rugged up in a Mango coat complete with suede kitten heel boots by label Dear Frances. The next day she was kitted out in head-to-toe in Wardrobe.NYC, then one day later it was Prada shades and Victoria Beckham trainers.

But perhaps this is what life is like for Team Malik-Hadid. While, for us, fashion is relegated to a pile of are-they-washed clothes, for them it’s an orderly rail of fresh press arrivals. Coats, tees and sweats, new with swing tags, all begging to be part of the next well documented strolling adventure. And, I’m a little jealous. While an Everest of washing and matted hair might be a new-mum rite of passage, try and find one that wouldn’t trade these things for a never ending dry-cleaning account and rolling Prada deliveries…

The problem is the spin. The narrative we devise whenever we’re delivered these types of pictures. That a schmick physique in chic ensembles is the desirable, attainable endgame for women who’ve just become mothers. That, despite the bleeding and the lactating and the not sleeping and the raging hormones, we should also be giving careful consideration to our wardrobes. This has nothing to do with Hadid personally, however. She’s gorgeous and young and fashion is her game. The dangerous issue is the underlying pressure we place on the “bounce back” and we use these images as fuel for the fire. Trying to keep all of the balls in the air all of the time is a quick ticket to burn out town.

With the baby boom currently unfolding in Hollywood (Emma Roberts, Emily Ratajkowski, Sophie Turner, Ashlee Simpson, Ciara) there’s sure to be a swathe of headlines alluding to “how did they do it?” and photo shoots featuring re-skinnied tummies cradling tiny newborns. (read: Hilaria Baldwin). We’re privy to such a small portion of the procreating population via the interwebs though, and this acute corner of genetically blessed people should be celebrated for their motherly newness not just for their naturally occurring lack of ab separation.

That’s not to say you can’t love to look good. I’m not going to lie, fastening a pair of real pants after nine months in stretch tights was a sacred moment for me. And I say moment because they were more uncomfortable than the maternity pad and the c-section scar combined, so they were shelved yet again.

The truth is, at this point in your life, none of the pretty stuff really matters. In those first few months, whether you look accidentally hot or like a hot accident all you’re thinking about is your baby, sleep, coffee and cupcakes. And not necessarily in that order.

Today, Hadid posted a birthday shout out to her baby daddy, coining them “team no sleep”. And while this may sound a little mean spirited, it made me smile. She’s entered the mad and messy world of motherhood and it’s nice to hear she’s just like the rest of us, albeit perhaps in nicer pants. 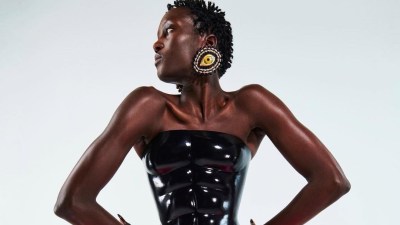 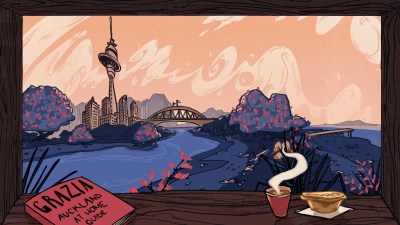