The Melbourne Cup Is A World Of Hyper-Colour

The fashion order of the day at today’s Melbourne Cup? Colour – and lots of it. The Carnival’s namesake day dished up deeply pigmented hues and fanciful trimmings, as race-goers applied a more is more philosophy to outfits weeks in the making.

According to the fabled dress code of the Spring Racing Carnival, the Melbourne Cup traditionally stands as a day of colour, and today proved that two-fold. Perhaps an ode to Cup’s official flower – the yellow rose – the sunny shade was a firm favourite, with a pregnant Jesinta Franklin wearing a custom Camilla and Marc Grecian gown and Nadia Bartel in hat-to-toe yellow, wearing a streamlined sleeveless top and pant by Safiyaa, topped off with a brimful hat by Melissa Jackson Millinery. Pink, too, had its moment in the sun (unlike Derby Day Mother Nature shone favourably upon Cup Day), with many opting for the sweet shade.

Along with retina-searing metallics (a surprise texture for daytime racing attire), over-accessorising also seemed to be a major trend, with keen attendees revelling in decorative jewellery, tricked-up micro bags and embellished heels – often all worn in tandem (perhaps Coco Chanel’s wise words of removing one item before leaving the house may have been apt here).

As for our best dressed? The modern classics. There was Gemma Ward in ladylike Christopher Esber (with a hint of seduction in the form of forbidden albeit subtle cut-outs). VRC guest of honour, Lady Kitty Spencer in classy Roland Mouret and sculputral Stephen Jones hat and Rozalia Russian in a very cute, 60’s-inspired outfit by Louis Vuitton (which arrived direct from Paris). Kate Waterhouse looked as sweet-as-pie in girly Macgraw smock and Chaumet diamonds, while Anna Heinrich was demure in a minty ’30s houndstooth frock by Atoir.

While super-saturated colour and glitzy accessories are fun, those with softer sensibilities won our heart today (with the exception of Bartel, who was a knockout).

On Saturday, At Golden Eagle Day, We Wear A Touch Of Gold 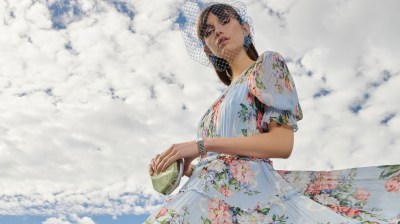 On Saturday, At Everest Day, We Wear Blue 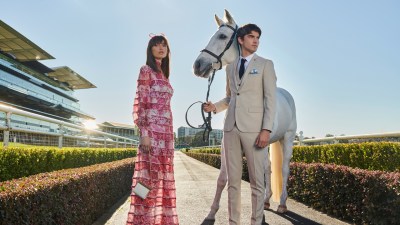 On Saturday, At Stakes Day, We Wear Pink

On Thursdays, At Oaks Day, We Wear Pink 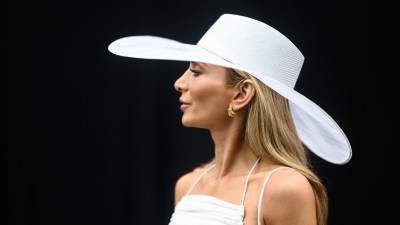