Ever since pictures emerged of Harry Styles and his Don’t Worry Darling director Olivia Wilde holding hands while attending the wedding of his manager, Jeffrey Azoff, in Montecito over the weekend, Twitter has been in a full-fledged meltdown. The pictures—which showed Styles and Wilde wearing his and hers bespoke Gucci and matching The Vampire’s Wife face masks—became the subject of much derision, as fans argued whether they confirmed a romance or simply hinted at a close friendship.

However, the last 12 hours have seen the news cycle peppered with stories featuring sources who claim the pair have been quietly dating since Styles joined the star-studded cast of Don’t Worry Darling (joining the likes of Florence Pugh and Gemma Chan), replacing Shia Labeouf who Wilde reportedly fired in November. “They were in Montecito, California this weekend for a wedding,” a source told People. “They were affectionate around their friends, held hands and looked very happy. They have dated for a few weeks.” Photos soon emerged of the pair returning to Styles’ Los Angeles home, carrying joint suitcases from their trip, which only served to send speculation further into overdrive.

Wilde announced her split from fiancé of seven years, Jason Sudekis—with whom she shares two children, son Otis and daughter Daisy—in November, though reports suggest their relationship had actually ended earlier in 2020. Styles, who has previously been linked to Taylor Swift, Kendall Jenner, and Sara Sampaio, hasn’t been publicly dating anyone since his split from model Camille Rowe in 2018.

In celebration of our favourite might-be couple of 2021 (just imagine the co-ordinated Gucci red carpet moments…) we’ve rounded up the best Twitter reactions to the rumoured Wilde/Styles romance. From devastation that Harry is off the market to celebrations of Olivia’s very chic wedding guest attire, the whole remit of human emotions are captured in this one, chaotic timeline. Happy scrolling.

seeing those pics of olivia wilde and harry styles like pic.twitter.com/keQm3pPqbF

everyone wants to talk about Olivia Wilde and Harry Styles supposedly dating but instead can we just take a moment and talk about the size of this mans hands pic.twitter.com/fkGGPDb5Zw

me trying to keep up with THE ROBE, olivia wilde, and literally everything else on the tl pic.twitter.com/SfVPUWVWp0

me explaining to my mom:
my mom that just
because the FB
article says harry
styles is dating
olivia wilde doesn’t
mean that it’s true pic.twitter.com/BzJ3kzqO00

Would kill to have my wedding overshadowed by Harry Styles and Olivia Wilde. Props to Jeff

“inside sources have confirmed olivia wilde and harry styles have been dating for weeks!” pic.twitter.com/XP6sHMFxHj

Me loving the idea of Olivia Wilde and Harry Styles but hoping Jason Sudekis is ok pic.twitter.com/23uTIXrKqR 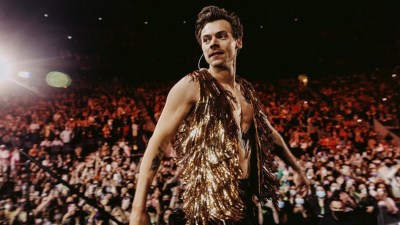 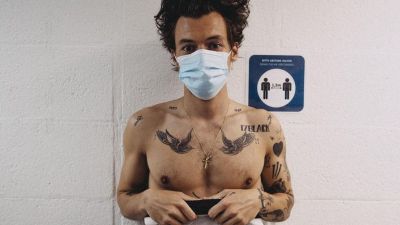