Director’s cut: the state of the film festival, in Sydney and at Cannes

Ten films to see at the 65th annual Sydney Film Festival, according to its director 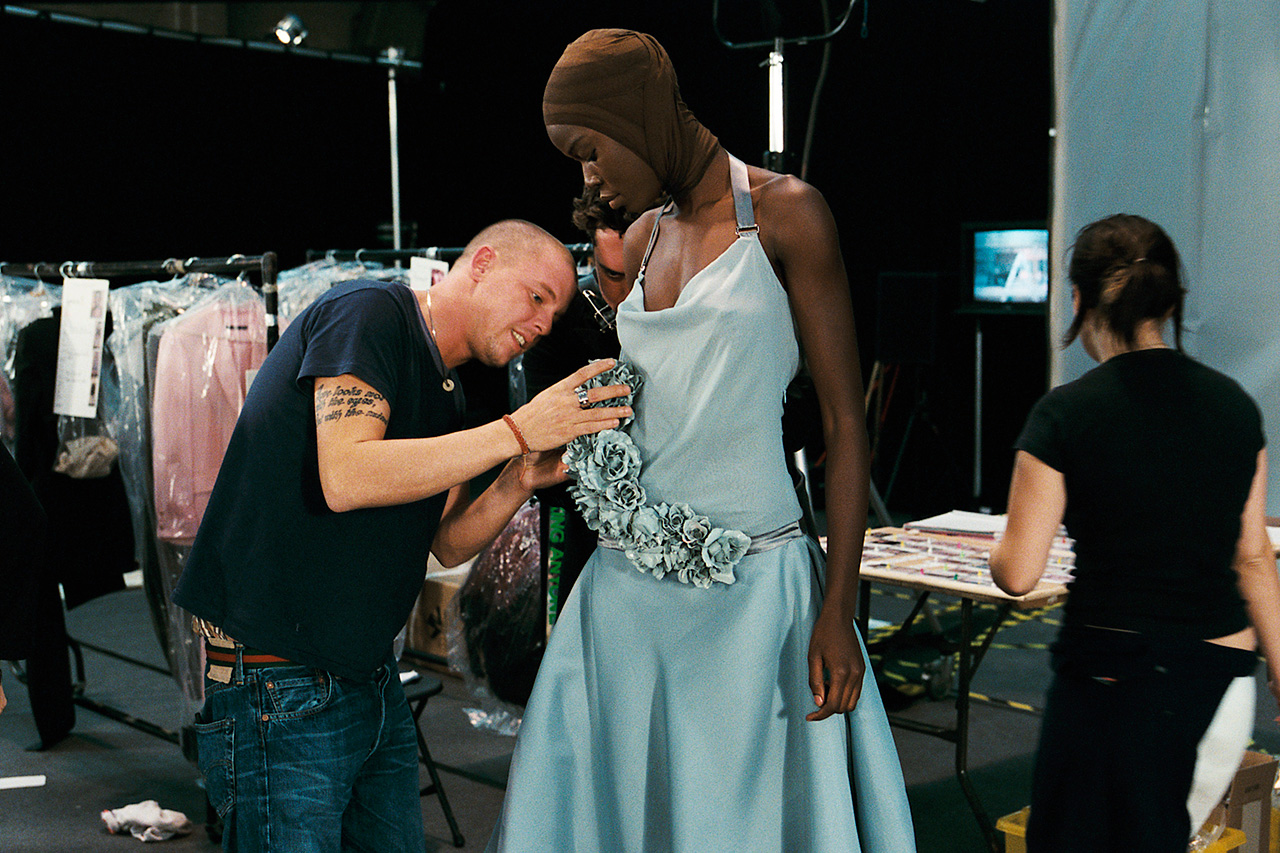 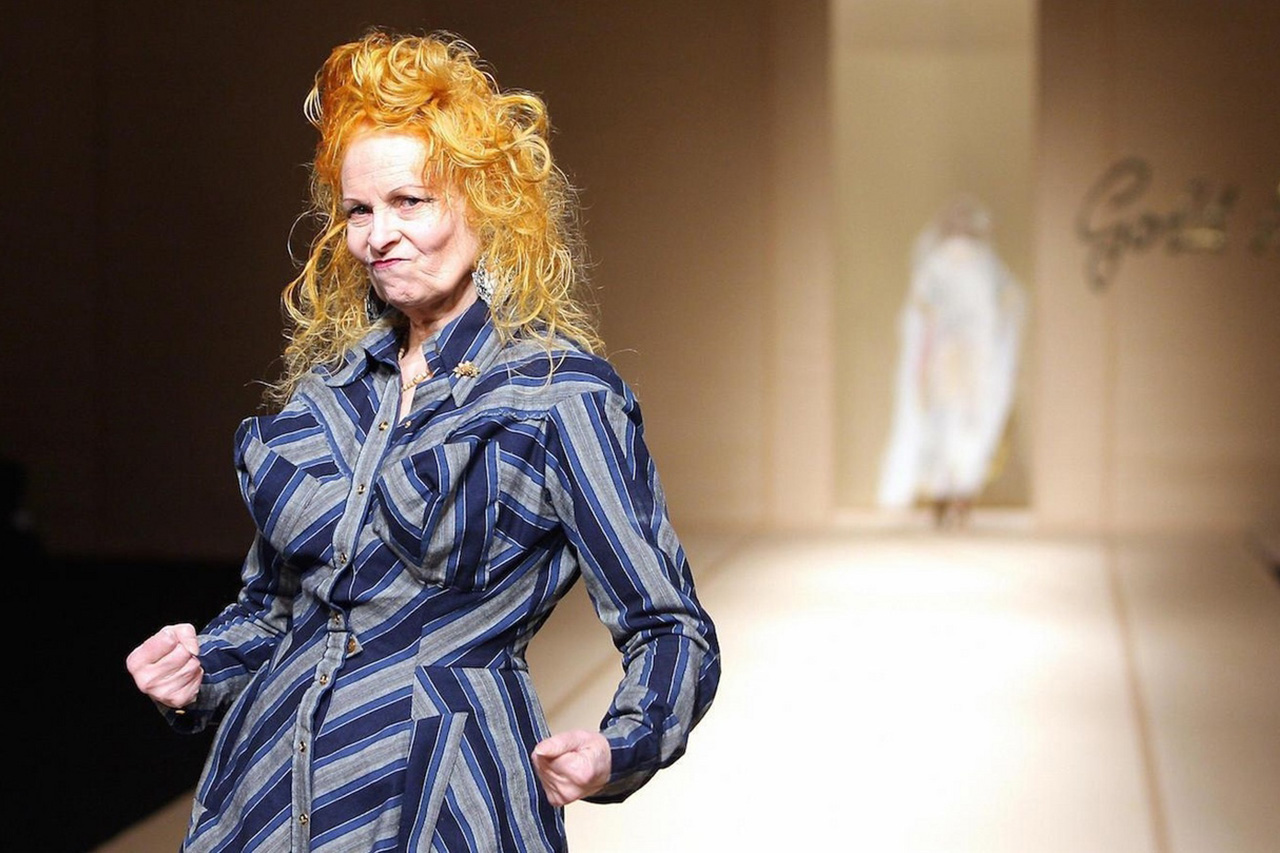 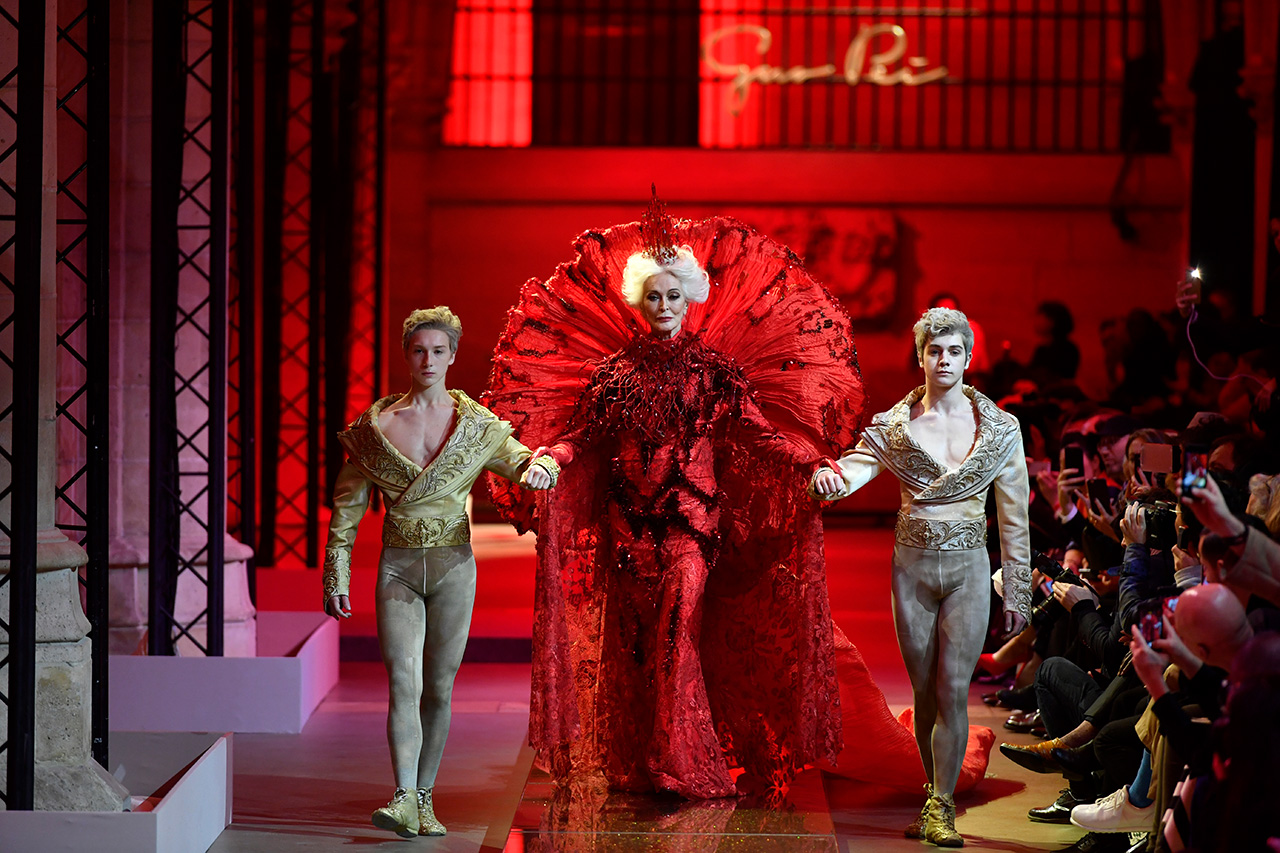 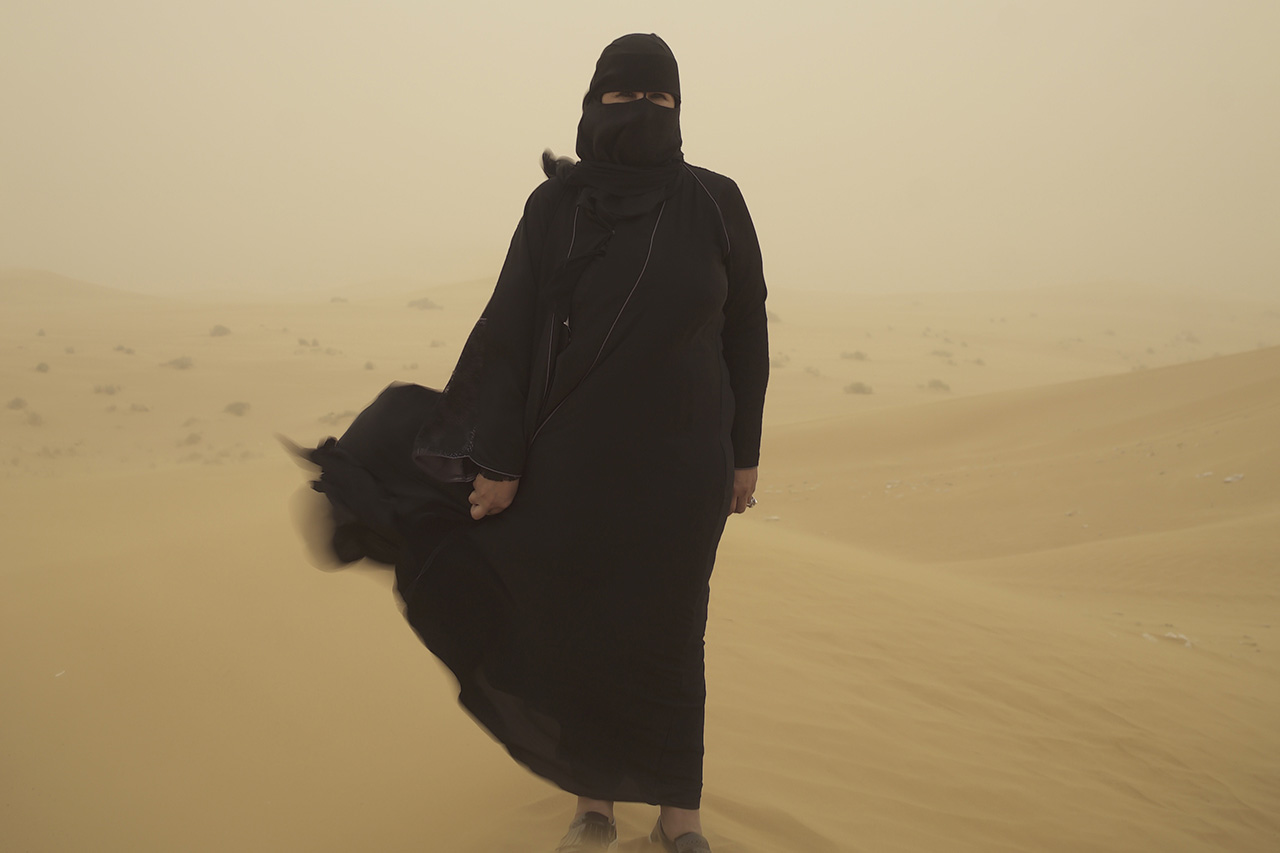 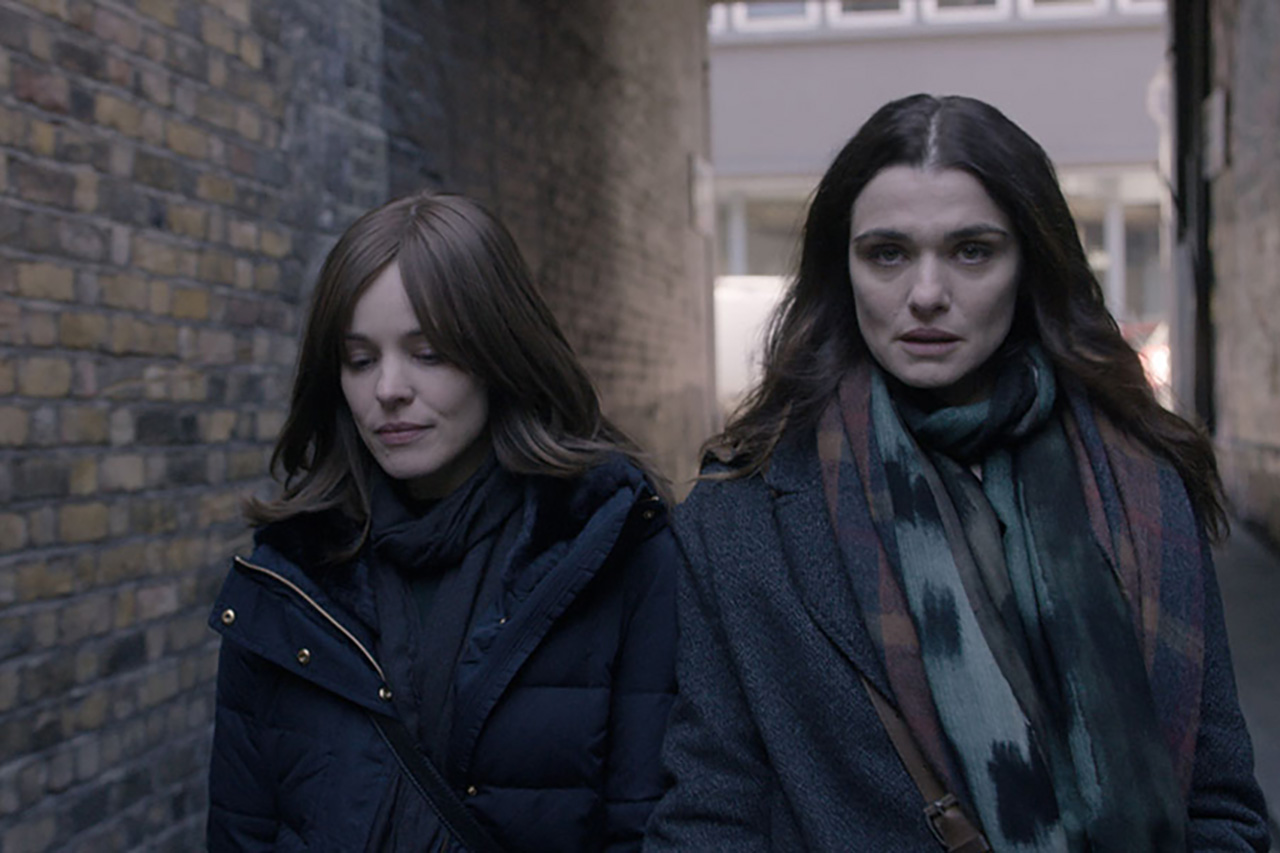 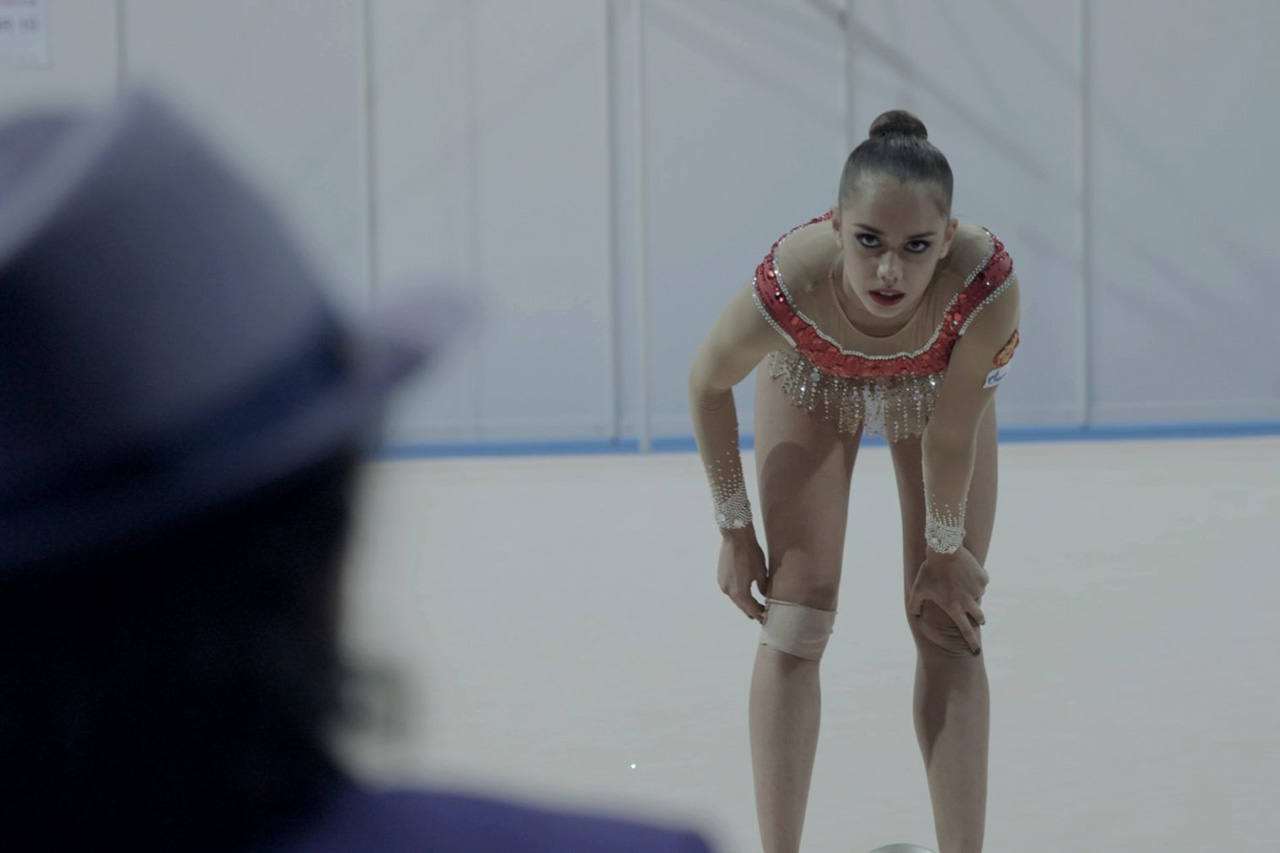 Over The Limit (dir. Marta Prus) 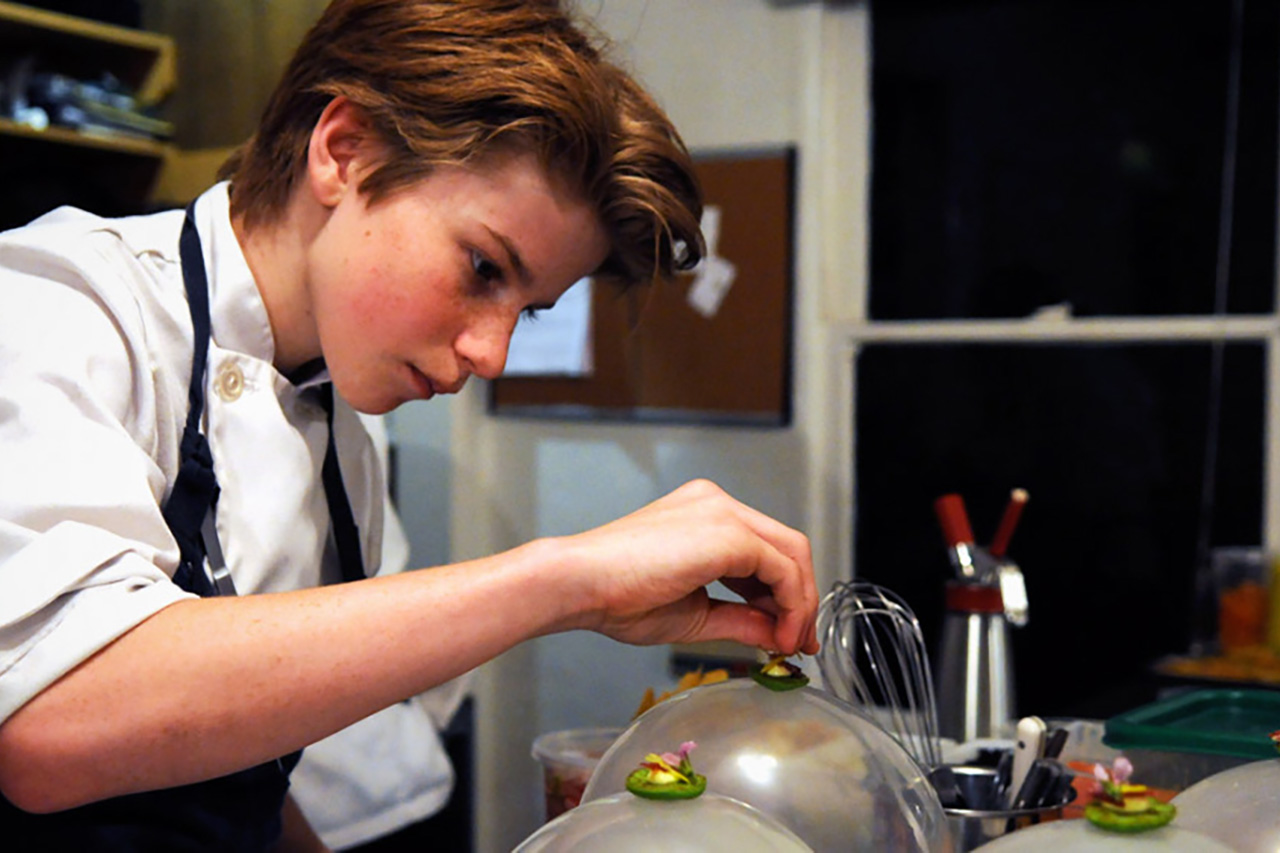 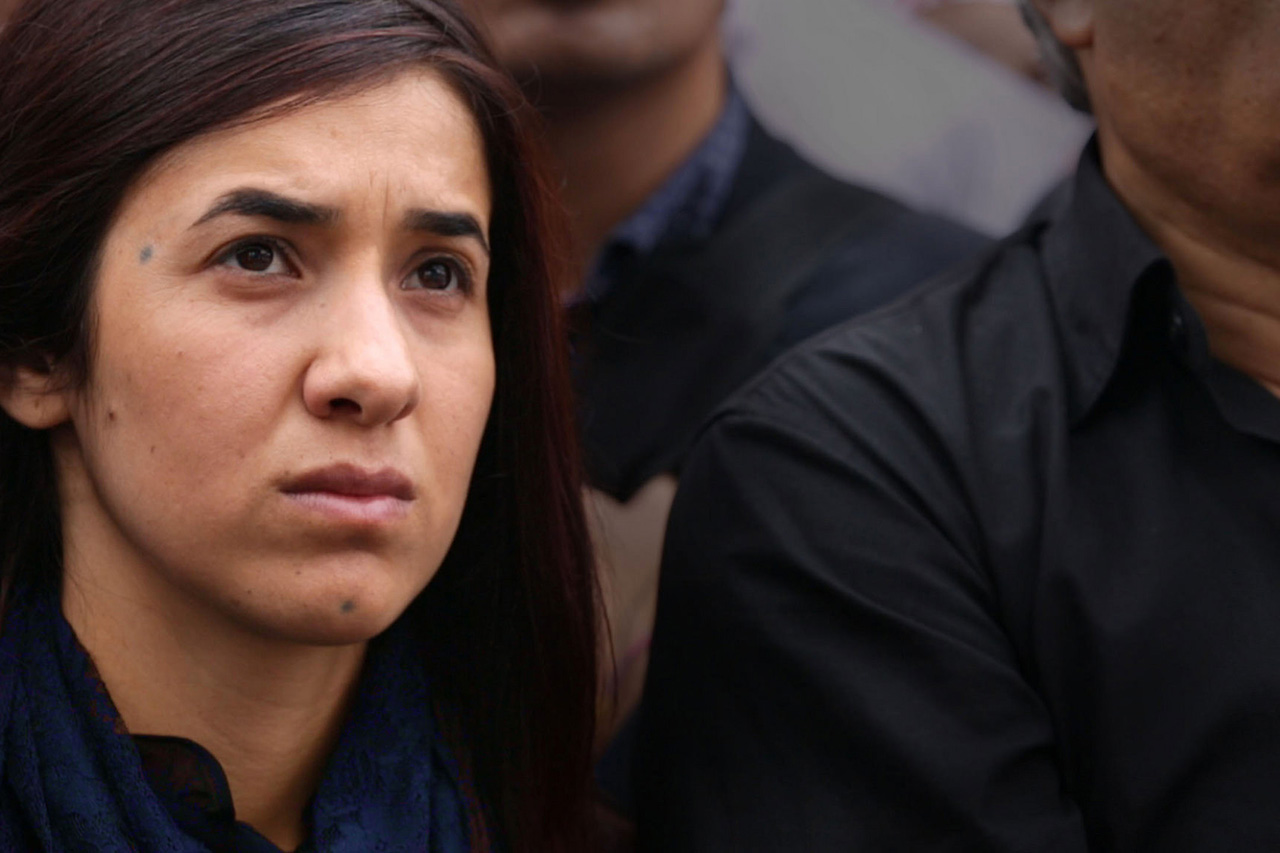 On Her Shoulders (dir. Alexandria Bombach) 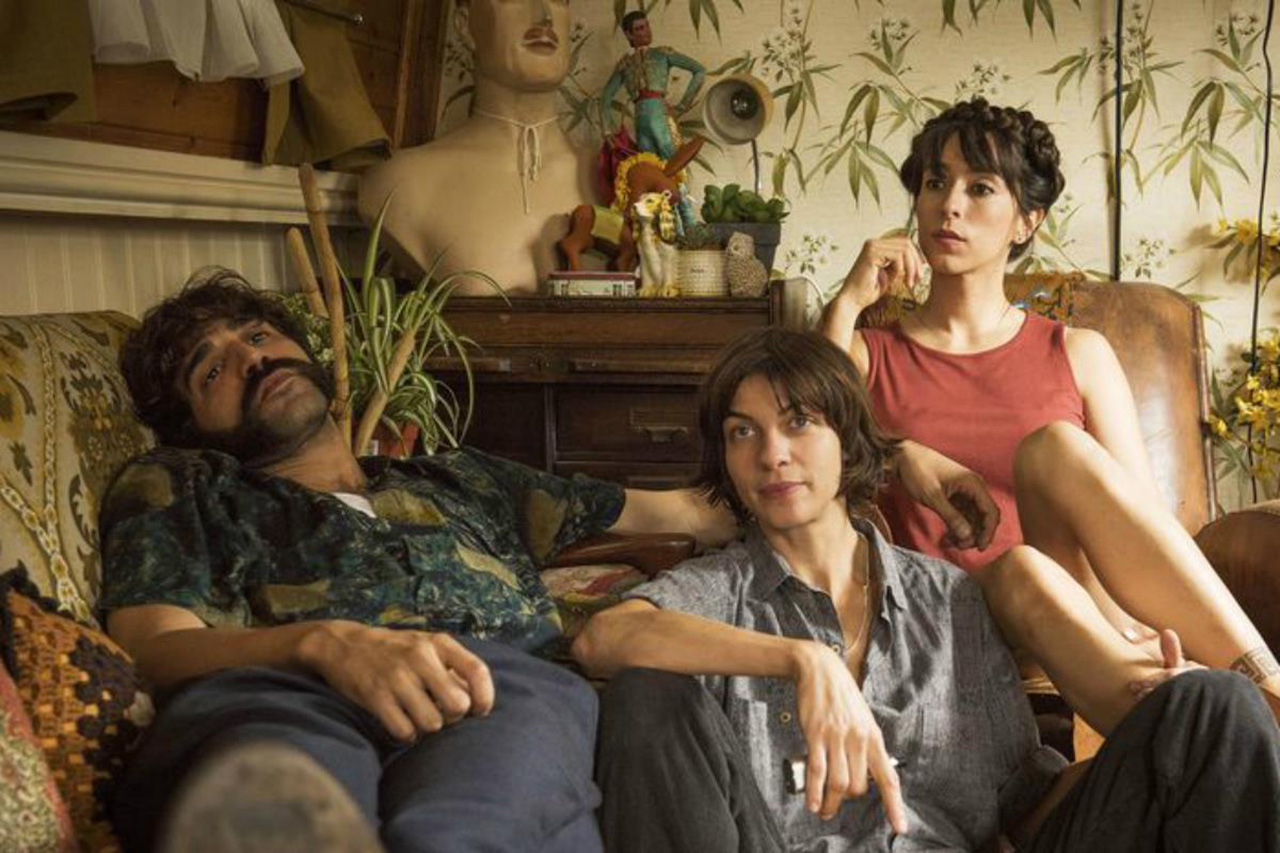 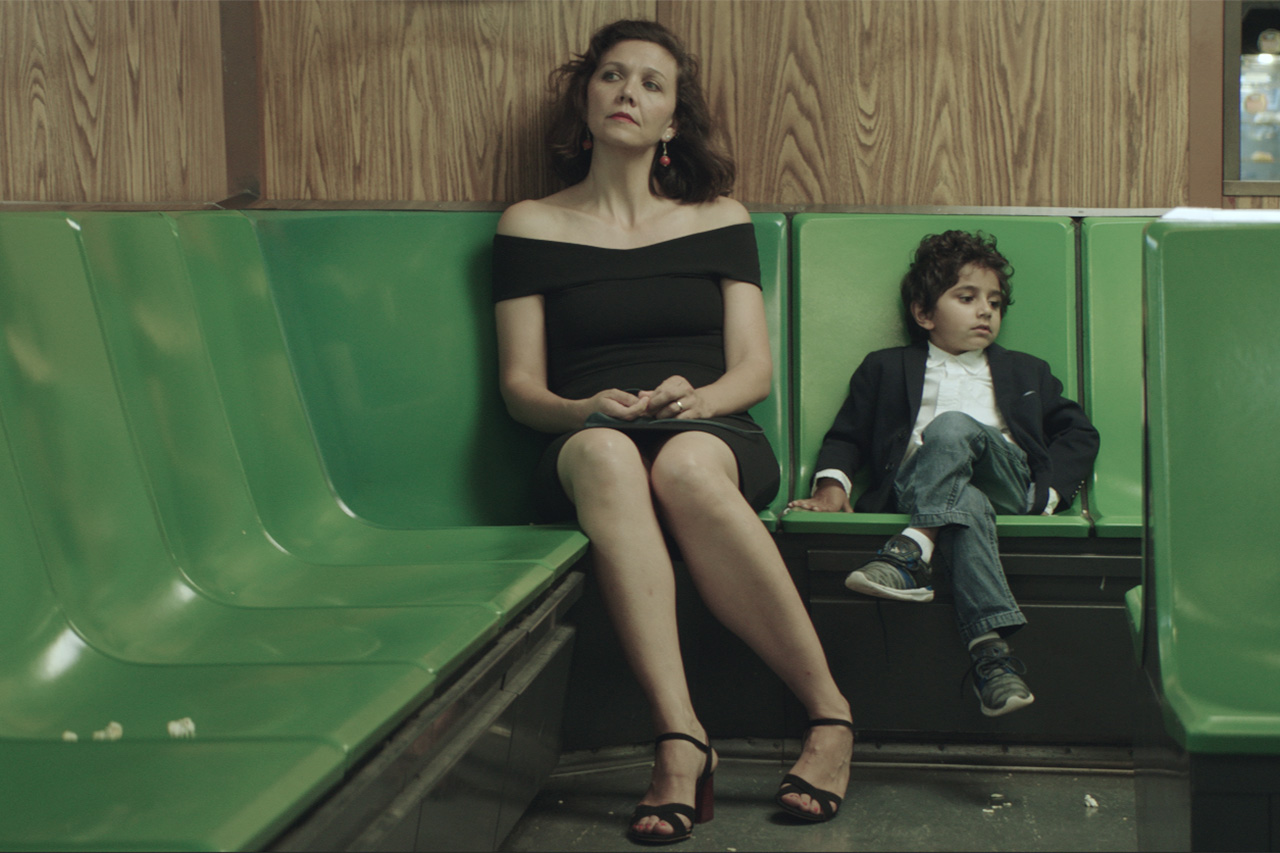 When it comes time to select the over 300 films that will screen as part of the Sydney Film Festival, program director Nashen Moody says he looks only to include those films that achieve exactly what it is that they set out to do.

As straightforward a task as that sounds, the sheer volume of prospective films – viewed in screenings at festivals from Berlin, Rotterdam, Venice and Toronto to Busan, Sundance, Tokyo and at Amsterdam’s International Documentary Film – complicates the matter further.

“The over 300 films we’ve selected are [worthy] additions to the more than 9,000 films we have presented since the Festival’s beginning,” Moody tells GRAZIA on occasion of the release of the full 2018 Sydney Film Festival Program, the 65th iteration of the annual event. “Despite their differences, the films we’ve selected are ones that are, above all, successful in achieving what they set out to do, and often are the ones saying something about the world in interesting, provocative ways.”

Take, for instance, the story of Desiree Akhavan’s The Miseducation of Cameron Post, a film adapted from the 2012 coming-of-age novel by Emily M. Danforth about a teenager, played by Chloë Grace Moretz, forced into gay conversion ‘therapy’ after she’s caught making out with her high school’s prom queen in the back of her boyfriend’s car in the early nineties. Despite the ostensible differences in time and place between Post’s context and our own, the truth of the subject matter is somehow (always) stranger than fiction. Conversion ‘therapy’ practices are still widely practices, particularly in evangelical belts of the United States and China. Closer to home, less than six months after Australia voted to legalise marriage equality for same-sex couples, the topic of conversion therapy recently entered public discourse in Victoria, where a proposal to debate the merits of barbaric quackery arose at the Liberal Party’s State Council. The matter was later quashed, but its resonance lingers and finds its contemporary expression in films like Akhavan’s. The Miseducation of Cameron Post premiered in January at the Sundance Film Festival, where it went on to win the U.S. dramatic grand jury prize. No matter how far we think we’ve come, stories like these still speak to the time and places we find ourselves in today.

The film is one of the 12 films listed amongst the official competition at the Sydney Film Festival, and Moody predicts it will, without doubt, “be one of the Festival’s most talked-about films”, alongside Venice-winner Foxtrot from Samuel Maoz, which explores intergenerational grief and military duty in an Israeli family, as well as the thrilling crime drama American Animals, which Moody says “features a stellar cast including emerging talents Evan Peters and Barry Keoghan.”

Also amongst the films selected to compete in the official competition is Australian feature Jirga, shot entirely in war-torn Afghanistan, by Australian filmmaker Benjamin Gilmour. Chocolate Oyster, an experimental, observational Australian comedy about young people in Sydney from Steve Jaggi, will also have its world premiere at the festival. They’re two parts of a strong local contingent that includes Mia Wasikowska’s star turn opposite Girls Christopher Abbot in the bold psychosexual thriller Piercing, as well as Terror Nullius – a blistering sample-based film from Australian political art collective Soda_Jerk. It’s also joined by the world premiere of [CENSORED], a provocative documentary stitched together entirely from footage previously cut by Australian censors. “These films, and the many more we have at the festival this year, are testament to how much Australia has to offer the industry,” says Moody, while remaking on the festival’s dual nature as a kind of litmus test for the wellbeing of Australia’s local film industry and those areas where we’re yet to see cinephilia as a point of consensus. “Australia has a great local film industry. We have a fantastic line-up of festivals nationwide, which is a good indication to the vibrant market for film, and plenty of great local talent who have gone on to enjoy international success.

“In terms of improvements, I think there’s a great deal of work to be done in getting Australian audiences into cinemas in sufficient numbers for Australian films,” Moody continues. “A few Australian films get great audiences each year, but the majority do not. Australian films are extremely popular during film festivals, and there needs to be an effort to replicate that enthusiasm during theatrical releases of these films.”

That tension between cinema and audience is indicative of a broader debate engulfing the film festival circuit abroad concerning the presence of streaming giants like Netflix at film festivals, Cannes in particular. Last year, the Sydney Film Festival screened the Netflix Original film, Okja, from Snowpiercer director Bong Joon-ho after it premiered to mixed reactions at Cannes arising from the incompatibility of its distribution model with a local festival environment. In the case of Cannes, the world’s leading film festival now in its 71st year, festival organisers, theatre owners and French legislators’ concerns stem from the thinking that streaming services are diminishing the value – financial as much as cultural – of the theatrical release. The eventual decision to ban Netflix films from the official festival competition meant that Netflix withdrew all of its drawcard titles for the coming months from Cannes, including the finished version of Orson Welles’s famously incomplete The Other Side of the Wind and Gravity director Alfonso Cuarón’s Roma. But the decision hasn’t stopped the streaming giant from making its presence at the festival known. Rumours abound today that Netflix executives have expressed interest in acquiring Everybody Knows, the Spanish-language drama directed by Asghar Farhadi and the opening night film at this year’s festival. It’s a debate that the Sydney Film Festival is taking in its stride – embracing, even – this year through hosting ‘Streaming and Other Stories’ in conjunction with Vivid Sydney, one of a number of panel discussions engaging industry specialists who, in this case, will examine the impacts of streaming on the cinema we love led by Screen Producers Australia’s Matthew Deaner and Sandy George.

“As we saw with Okja at Sydney Film Festival last year, a film made for and by a streaming service can still enjoy a wonderful cinematic screening,” Moody says of the conflation between streaming giants and boutique festivals. “Within the festival context, we hope to work more with Netflix and other companies in bringing great films to our festival audience.

“I still believe the unparalleled atmosphere of enjoying a film at a festival is an experience like no other,” Moody continues. “You connect with those around you, and experience a wonderful sense of community over a common love of great cinema. To see a premiere of a film with the filmmaker in attendance is really a special experience.”

Above, Moody selects for GRAZIA ten unmissable films screening as part of this year’s festival.