Love is in the air this week after Sofia Richie and Jaden Smith were spotted out together in Malibu on Saturday. Photos obtained by the Daily Mail show the pair hanging out at the beach with Richie wearing a floral pink bikini and Smith in pink board shorts. They spent the afternoon with friends drinking cocktails by the ocean, occasionally holding hands and hugging each other.

READ: THE CURIOUS CASE OF SOFIA RICHIE AND HER TOM FORD LIPSTICK

But the day didn’t end when the sun went down, with the couple and a friend heading out for dinner at celebrity hotspot, Nobu where a source told E! News “they stayed for a few hours and left together”. The source claimed that “Ritchie was in a great mood and never stopped smiling. She seemed to be having lots of fun and is very happy”.

This isn’t the first time the two have been linked together, with reports they dated back in 2012 when they were both 14. By 2013, the romance had ended, and they remained friends over the years. They are both yet to comment on their recent day out in Malibu.

With Richie having recently split from boyfriend of three years, Scott Disick, she looks to be making the most of the situation by spending time with her friends. The cover girl recently celebrated her 22rd birthday in Cabo San Lucas, where she stayed with eight of her friends in a beautiful beachside compound where she treated her 6.5 million Instagram followers to a variety of itsy-bitsy bikini pictures over the course of a few days. 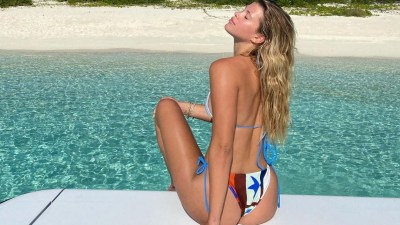 Sofia Richie Is Just Fine And Living Her Best Island Life, Thank you 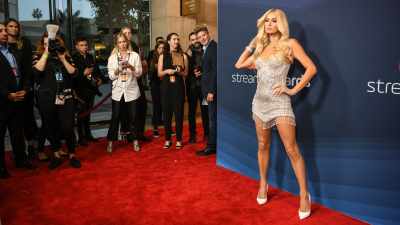 This Is Paris: The Untold Story Of America’s First Social Media Star
Next page