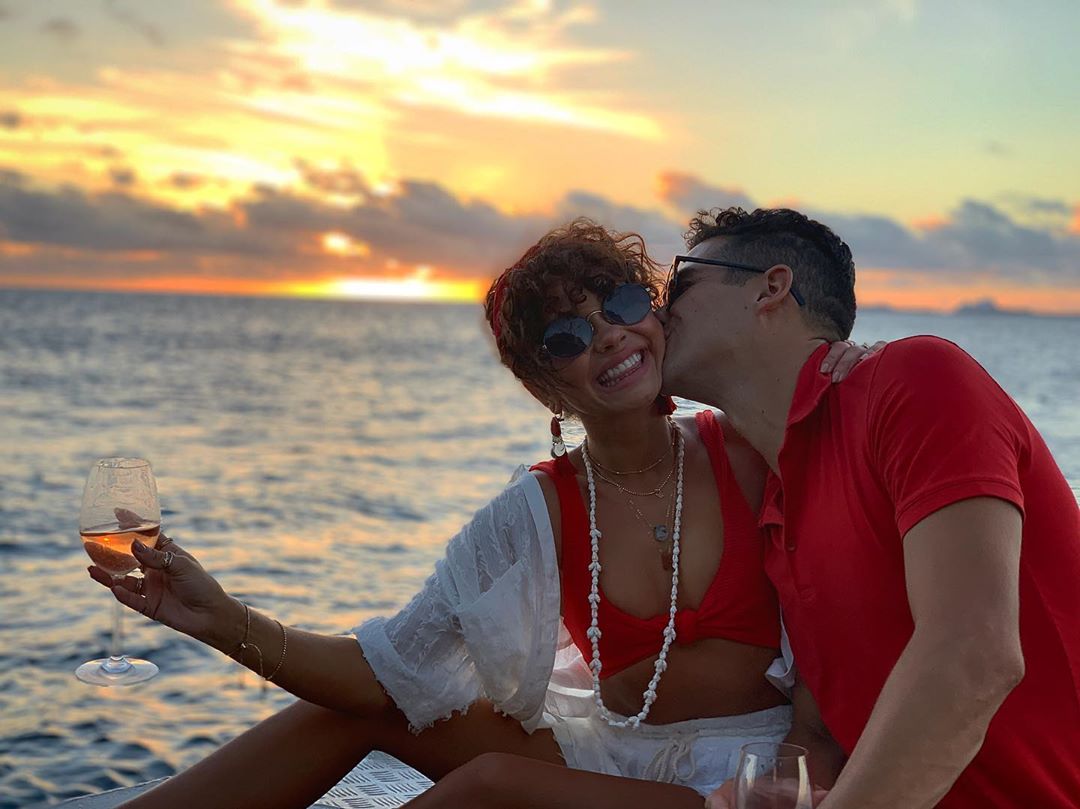 Said cake topping in this case is the Modern Family star’s boyfriend Wells Adams proposing to the actress on a secluded beach. Adams first caught Hyland’s eye as a contestant on the US version of The Bachelorette. The pair began dating in early 2017 and Adams returned to the reality franchise’s spin-off series Bachelor In Paradise as the house bartender, doling out advice to singles. The couple have splayed their affection for one another across their Instagram accounts ever since.

That can't eat, can't sleep, reach for the stars, over the fence, world series kind of stuff ✨❤️ @wellsadams

“That can’t eat, can’t sleep, reach for the stars, over the fence, world series kind of stuff,” Hyland, 28, wrote on her Instagram, referencing a quote from Mary Kate and Ashley Olsen’s 1995 movie It Takes Two. Hudgens reacted to the post, writing “So freaking adorable” which of course opened the floodgates to fans predicting she and Butler would be next. Nick Jonas, Lily Collins, Jamie King and Zoey Deutch also sent their congratulations.

“I’ll be Johnny, you be June. But forever,” Adams posted on his own Instagram account accompanying a video montage of the proposal and the pair’s relationship.

Proving again her love and fandom for The Bachelor shows, Hyland tweeted a plug for Australia’s very own series this week – much to the probable delight of Channel Ten and definite dismay of the girl in the cobalt blue dress.

More to come. For your reference, here is a young Olsen twin with Kirstie Alley and that quote.