Sam Claflin: “I’d like to think my wife wouldn’t leave me if I were a quadriplegic”

Wherever you stand on the controversial film "Me Before You", it’s important the assisted euthanasia conversation is now back on the social agenda. And for Australians, the subject couldn’t be raised at a more opportune time By now – and if box office statistics are anything to go by – a lot of you will have seen the controversial film Me Before You. And, like the rest of the world, you will have your opinion.

Based on the critically-acclaimed, bestselling novel by Jojo Moyes, director Thea Sharrock strategically cast two of this generation’s most talked-about young actors; Games of Throne’s Emilia Clarke and The Hunger Games’ Sam Claflin. Sharrock did so to tell the emotional strain of a very contentious issue; a narrative often void of emotive consequence, one that we often hear instead focused on physical ailments and hardships. And Sharrock’s decision to pen a tale about a high-flying 31-year-old banker reduced to quadriplegia almost makes the thump of the metaphoric fall a little louder.

Claflin plays Will who after a tragic accident loses his desire to live. With a caustic, irate and depressed attitude, he makes it near impossible for his new carer Louisa Clark (Clarke) to even speak to him. To some (read: most), her sparkly, off-beat personality could be deemed annoying more than endearing but what really makes you warm to her is her resilience. Unlike the plethora of carers before her, Lou – in all her eclectic outfit choices – doesn’t tip-toe around Will and eventually settles him into sporadic conversation with her. “Filming those initial scenes with Emilia were challenging because initially Will is not in a great place and when she’s in a very optimistic and enthusiastic world, he’s the polar opposite,” says Claflin. “I think Emilia and I clicked immediately. We instantly found ourselves having a lot of fun and keeping it very light. What the story required was for us to be in a very, very different frame of mind and I think Thea – the director – continuously reminded us that we’re not meant to be friends.”

“Me trying to be angry and only show my anger through my words and facial expressions was hard. I couldn’t go and slam a door or throw things or bang my fist on the table.”

Will becomes besotted and admits Lou really is the only reason he has to get up in the morning. And Lou, who is more than happy living in the confines of her quaint English town, becomes inspired by Will’s determination to get her to see the rest of the world and live boldly in a way he feels he can no longer can.

But – and here’s the spoiler – Will makes the heartbreaking decision to end his life via assisted euthanasia. And it’s this part of the plotline that has critics and community bodies up in arms.

Let me first preface this point of view by saying Will wasn’t near the end of his life, he had an incurable disease. And when we speak about dying with dignity laws in Australia, we are referring to those who are terminally ill. Last year, I wrote a story on assisted euthanasia and interviewed the now Leader of the Australian Greens party, Dr Richard Di Natale. He so eloquently hit the nail on head when he explained why people react this way. “Medicine is about trying to heal people and save lives. So the idea of hastening someone’s death confronts those instincts,” Di Natale admitted. “But I have come to the view that the overriding responsibility of a doctor is to relieve pain and suffering, and ultimately only a patient can decide when that pain and suffering is too great.”

Will feels betrayed by his own body. And to the Hollywood Disabled Community accusing Claflin of “Cripface”, we need to remember this film isn’t advocating assisted euthanasia or saying a quadriplegic’s life is worthless. It’s not “emotionally manipulative”. No, it’s telling the story of one man’s individual tale where he personally felt his disease controlled him beyond measure.

Only the person experiencing that pain can denote how much is too much. And who are we to decide that for someone? For who do these people’s lives belong to, if not their own?

“We were fortunate enough that a few disabled people were wanting and willing to share their experiences and their struggles and their obstacles they’ve overcome,” says Claflin preparing for the role. “They talked about their daily routines an everything that comes with being confined to a wheelchair. We also had an occupational therapist come and spend everyday on set so that they could guide us through how physically mentally challenging certain situations would be. It was an experience that affected me hugely.”

Casting Claflin – an able-bodied man – as the lead is another criticism from the community. But let’s not be naïve here; casting an unknown – able-bodied or disabled – would not have caused international stir like casting a man who was previously part of one of the most successful film franchises in history. We wouldn’t be having this conversation. And it’s important we do.

Does the film glorify the topic of leaving this world via a dignified death? Perhaps. Does it bring the conversation of why terminally-ill Australian citizens don’t have this choice to end their own lives instead of passing in the intolerable pain their disease intended? Absolutely. Claflin isn’t sugar-coating the script either. “As much as I think it is a true depiction of someone who is sort of going through what Will is going through, it does shy away from focussing on the real struggles at hand,” the actor admits. “One of my favourite scenes is between Nathan (played by Australian ex-Home-and-Away actor Steve Peacocke) and Lou where he says, ‘Will, he’s in pain every minute of every day. He can’t sleep, he doesn’t sleep. He has nightmares and wakes up in agony.’ The truth is, the film did not want to focus on that but also Will didn’t want Lou to see him suffering.” It’s for this reason the film is a love story. It’s about the power of love and how it transform a person and the very reason you were crying in the cinema. It also would have been the reason you discussed, or at least thought about, what you would have done in that situation. It’s a conversation Claflin had with his wife as well.

“I can’t help but have those conversations,” says Claflin. “The truth is, the way that I feel about it this very second is not necessarily the way I might feel about it should it happen.”

“On the one side, there are stories of people who have become completely new people in a positive way and of course people who are affected negatively – these people who think their life is over and they have nothing to live for. I now have a child and a wife and a dog and a family and friends.

“In my eyes, I have so many reasons to live that I’d like to think I wouldn’t want my wife to leave me, but you know, I think I’d probably say that she should go and spread her wings. But I’d love to think she’d stick by me and I’d do the same thing.”

If you Google Dignitas – the place where Will goes to pass away peacefully – it doesn’t look like the white room overlooking the lush green hills in the film. I know this because Claflin recommended I watch the same documentary he watched to prepare for the role; Choosing To Die. In real life, Dignitas is located in the industrial district of a town called Forch, near Zurich, in Switzerland where the bedspreads are old and another person and their family could be taking their life in the next room. As someone with a very sick father who hoped with all my heart that he would have the choice to end his life should his disease become painful beyond human comprehension, Dignitas unsettled me. I didn’t like it. But the raw-ness of the documentary – which follows three men’s journeys to Dignitas – is not only confronting, it made me consider the immense amount of pressure that would have been on Claflin to play such a role. “I think I still sit on the fence in the sense that I haven’t been confronted with this situation,” Claflin explains. “Where an event like a road traffic accident happens and a person is confined to a wheelchair, you have to understand that that person changes and their life changes drastically. There is no way of fully knowing what that feel like unless you’re living through it.”

On January 1, 1942, Switzerland passed the dying with dignity law and now provides more than 70 years of well-documented research into the effects of assisted euthanasia for the terminally ill. Netherland and Belgium legislated in 2002 and Luxemburg in 2009. In the United States, the state of Oregon pioneered North American legislation in 1997 and has been operating successfully for 17 years. Other states have followed including Washington in 2008, Montana in 2009, Vermont in 2013, New Mexico in 2015 and California in June 2016. (Pity the U.S. can’t apply this state-by-state legislation review to gun control. But that’s another rant for another day).

While critics argue suicide rates will increase, the total number of people choosing to ingest the lethal drug with assistance is very low. In Oregon over the years, between 30-40% of patients issued with the prescription did not take it. Oregon statistics also show in the last three years, actual assisted suicides were less than a tenth of all suicides. In Switzerland, the figure was about a fifth.

Will Australia ever legislate?

Exactly one year ago, Di Natale put forward a proposition to parliament for the dying with dignity laws to be come legal in this country. He and his party want to see the politicians in Canberra pass a law that provides a person with an incurable illness the choice to request assistance from a medical practitioner to end their life via assisted euthanasia when they personally feel the suffering has become too great.

Last year’s statistics showed an enormous 82.5% of Australians agreed with Di Natale’s proposal. So what happened? What’s the hold-up in the Senate? “Our parliament generally tends to be made up of older, conservative, white men often with a religious background,” says Di Natale. “And because our parliament is unrepresentative, we get decisions that don’t reflect public opinion.”

But we are making ground. In June 2016, the Victorian Parliament put forward a report inquiring into the end of life choices for those with terminal diseases. Under recommendation 49, they proposed the Government introduce legislation to “allow adults with decision making capacity, suffering from a serious and incurable condition who are at the end of life to be provided assistance to die in certain circumstances.”

Me Before You puts this issue at the front of the social agenda – and does so a mere two weeks from Australia’s federal election. Claflin says he sits on the fence on the issue but then he makes one last remark. “You chose your outfit this morning, Jess. How would you feel if someone chose that for you?

“We fought so many years, so hard, the entire world, just to have freedom of speech, freedom of thought and freedom of opinion and I feel like everyone should be entitled to make their own choices – right or wrong, good or bad. People should be able to decide for themselves. This conversation should continue.

Sam Claflin, thank you for being so honest.

topics: screen, Sam Claflin, Me Before You, Emilia Clarke 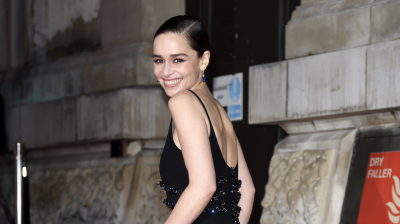