The two are so intrinsically connected, it’s a moot point – despite the fact he’s German and has moonlit for one of Italy’s most prominent fashion houses (Fendi) for almost four decades. Paris is his longtime home, his muse, his greatest influencer – and now officially his biggest fan, given its mayor bestowed him its highest distinction, the Grand Vermeil medal, immediately after the show in recognition of his extraordinary services to the city.

Indeed, if France’s capital had a luxury fashion uniform, the pieces on Lagerfeld’s Chanel Haute Couture Autumn/Winter 2017-18 runway would be it, a point driven home by its spectacular homage-to-here set design.

Despite Europe’s heavenly summer weather of late, the show was held indoors at the same grand venue the designer has long favoured for all but his Cruise and Métiers d’Art shows – Paris’s Grand Palais. But the rocket ship star of last February’s ready-to-wear presentation was replaced with a replica of part of Eiffel Tower, pale gravel strewn on the ground replacing his usual shiny runway surface.

And then, of course, there were the clothes in all their voluminous glory, each capped off literally with a boater hat, the occasional bolero and throwback costume jewellery so synonymous with Coco herself, much like the flecked tweed fabrics that dominated the collection.

Volume was king through-out the 65-look looks, with texture (from feather and fabric) its queen. Dreamy full skirts in chiffon and tulle added romance to an otherwise structured collection of two-piece suits and tailored dresses. Likewise, balloon sleeves and tulip-shaped tea skirts were points of interest for the dark or at best neutral-toned collection, peppered with navy and the occasional rust or dark pink as a token colour. (How very Parisian chic.)

A thick grey tunic top worn over a matching maxi pencil skirt reminiscent of the war era was feminised with a simple black satin leather bow below the bust. A voluminous white dress in folded satin that sat over feathered black tulle was topped with a simple black sequinned bolero to tick the winter warmer box.

A long column dress in black mesh sheathed a dark pink satin slip, finished with matching feathers at the ankle and upper arms – equal parts demure and devious. Even the wedding dress finale was an ode to A-line simplicity, its angelic train trailing politely behind its wearer in the pale dirt.

Accessory lovers will be thrilled to know Chanel’s signature black ankle boot with Perspex heel made a comeback, as did Lagerfeld’s much-loved patent thigh-highs, some with tweed panels.

“I’m totally blown away,” actress Lily Collins told WWD.com afterward. “This collection was a total throwback, the shapes, the hats, the boots, the colours on the eyelids…. I think it’s one of my favourite Chanel shows.”

Katy Perry’s quip to the same publication was less about the fashion, but summed up Paris’s love affair with Lagerfeld. “I just flew in yesterday from Australia so I’m like…

“Is that the Eiffel Tower? Or did they cut it especially for him?”

Paris’s mayor Anne Hidalgo’s comment as she presented his medal – which for the record, he was told about long after locking in his couture show theme, predictive wizard that he is – suggests they would give him their architectural icon if they could. “Your talent is recognised all over the planet, but you are also someone who has made Paris even more magical, creative and beautiful. You are a Parisian, a true Parisian, who delivers the best of Paris.” Indeed. 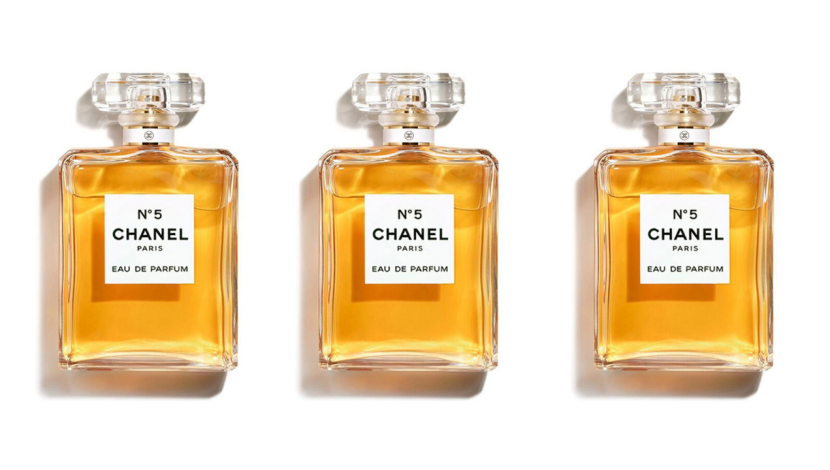 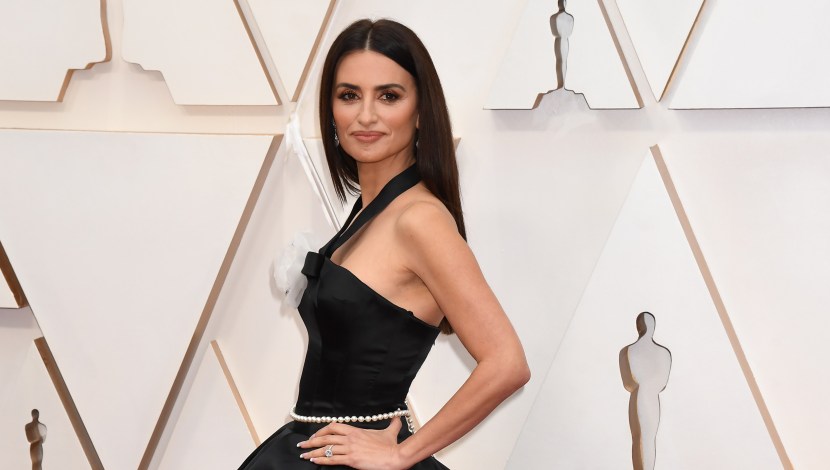 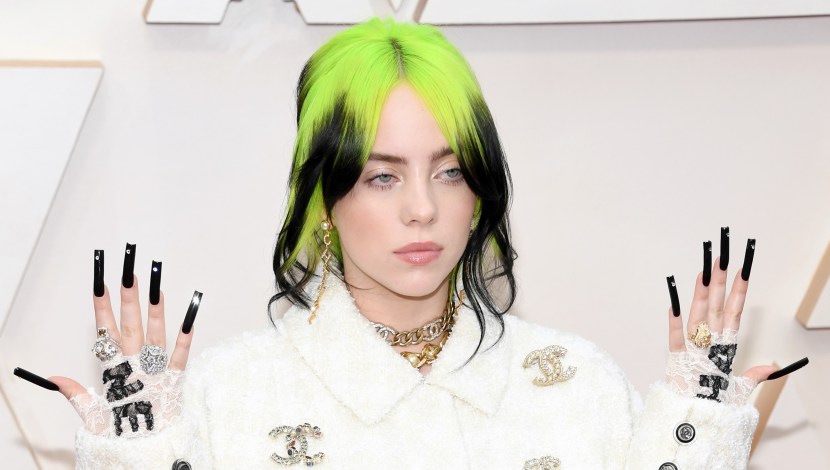 Only Billie Eilish Could Wear This To The Oscars
Next page