It was truly art imitating life when Rami Malek and Lucy Boynton began dating after their award-winning performances in Bohemian Rhapsody. The couple confirmed their relationship in 2019 but are notoriously private. Today however, we were gifted with a rare PDA moment from the loved-up duo while they were out and about in West Hollywood.

In images obtained by Page Six, the duo both wore matching Dr. Marten boots (couples that dress together, stay together) while Malek, 40, was seen in his signature white t-shirt and black tapered pants combo. Boynton, 27, opted for a leather jacket (brave for the Los Angeles’ summer heat) and printed pants. The pair entered Book Soup bookstore on Sunset Boulevard in West Hollywood before leaving in a grey Porsche.

Rami has been looking so good lately I can’t even… 🥵😍🤤🔥 #RamiMalek pic.twitter.com/0N3rpihf6p

The couple sparked dating rumours back in April 2018 when they were spotted getting cosy together. Malek was previously dating Mr. Robot costar Portia Doubleday before they split in 2017.

We finally received confirmation of the relationship during the 2019 awards season. Malek won Best Actor at the 91st Annual Academy Awards for his portrayal of the late Freddie Mercury in Bohemian Rhapsody. In the heartfelt acceptance speech he honoured his girlfriend.

“Lucy Boynton: You’re the heart of this film,” Malek said. “You are beyond immensely talented, you have captured my heart. Thank you so much.”

Boynton reflected on performing alongside Malek in an interview with GRAZIA, describing the actor as “nurturing”.

“I suppose one of the biggest takeaways from watching him on set was how much of a leader he was,” she said in the 2019 interview. “I have never really seen it to that extent, where he has this huge feat to play that person and yet it is consistently cognisant of everyone else’s experience. He is very nurturing and wants everyone to be having as good a time as he is.” 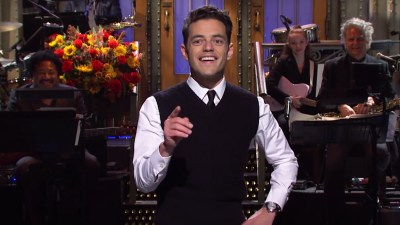 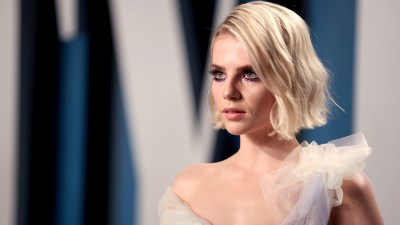 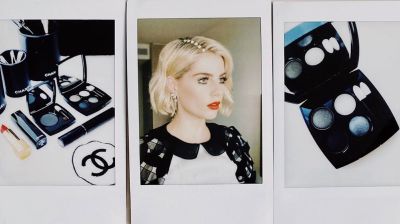