Plus, the one trend that will be everywhere come winter 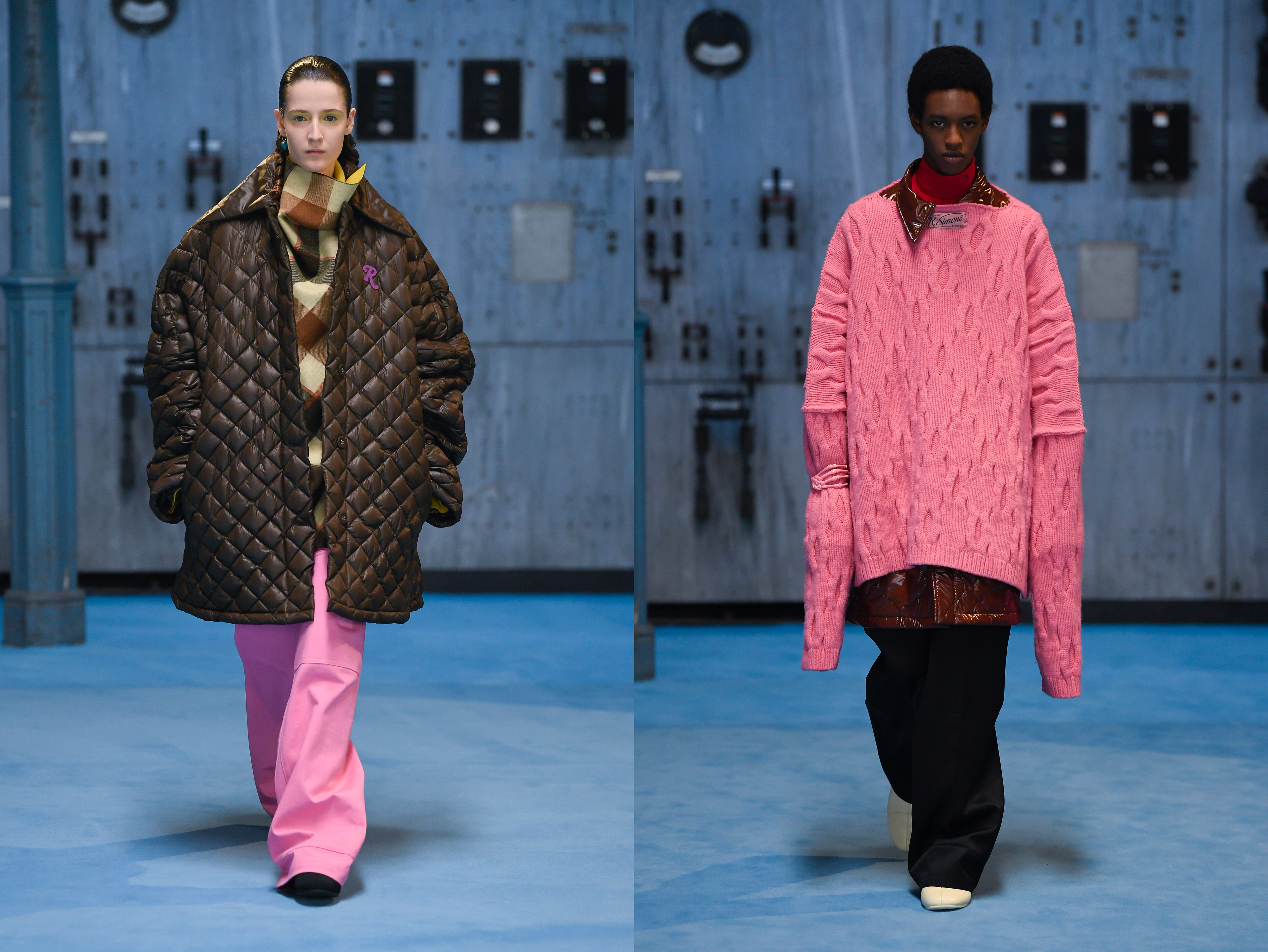 This morning, just one month after revealing his third collaboration with Miuccia Prada, Raf Simons returned to the stage (albeit of the virtual sort) to debut his men’s and women’s Fall 2021 season. Filmed at the Barenzaal and C-mine facilities in Genk, Belgium, the season’s short film presented, according to the show “an equilibrium, contrast between disparate elements, unexpected similarities and parallels, a love for and loyalty to particular themes, ideas, inspirations. Juxtapositions and contradictions, with a quiet logic,” seen in a lineup of oversized outerwear, enveloping knits, and more. Read on below for the key takeaways from the Raf Simons Fall 2021 collection. There was no mood board in sight for the Fall 2021 season; as it turns out, Simons was influenced not by images but rather by a series of words and their meanings. Per the show’s notes, they are—”without hierarchy or intentional sequence”—as follows: Ataraxia (“a state of freedom from emotional disturbance and anxiety. Peace of Mind. Emotional tranquility.”), equanimity (“calmness of mind or temper. Composure.”), dichotomy (“division into two parts or classifications, esp. when they are sharply distinguished or opposed.”), synchronicity (“an apparently meaningful coincidence in time of two or more similar or identical events that are causally unrelated.”), allegiance (“support for and loyalty to a particular group, person, or belief.”), and devotion (“an affection, admiration, or great love.”).

2. The soundtrack may sound familiar

It’s no secret that Simons is a longtime fan of Kraftwerk, the German band widely considered as innovators and pioneers of electronic music. As a teenager growing up in Neerpelt, Simons found solace in music, and, specifically, Kraftwerk’s 1978 album, The Man-Machine. Since then, Simons has woven their tunes into his collections in more ways than one: for his Fall 1998 “Radioactivity” collection, which was soundtracked by the 1974 hit “Autobahn,” models wore red shirts and black ties in an homage to his beloved album cover; this season, a custom track, repeating the word “radioactivity,” plays over the speakers. 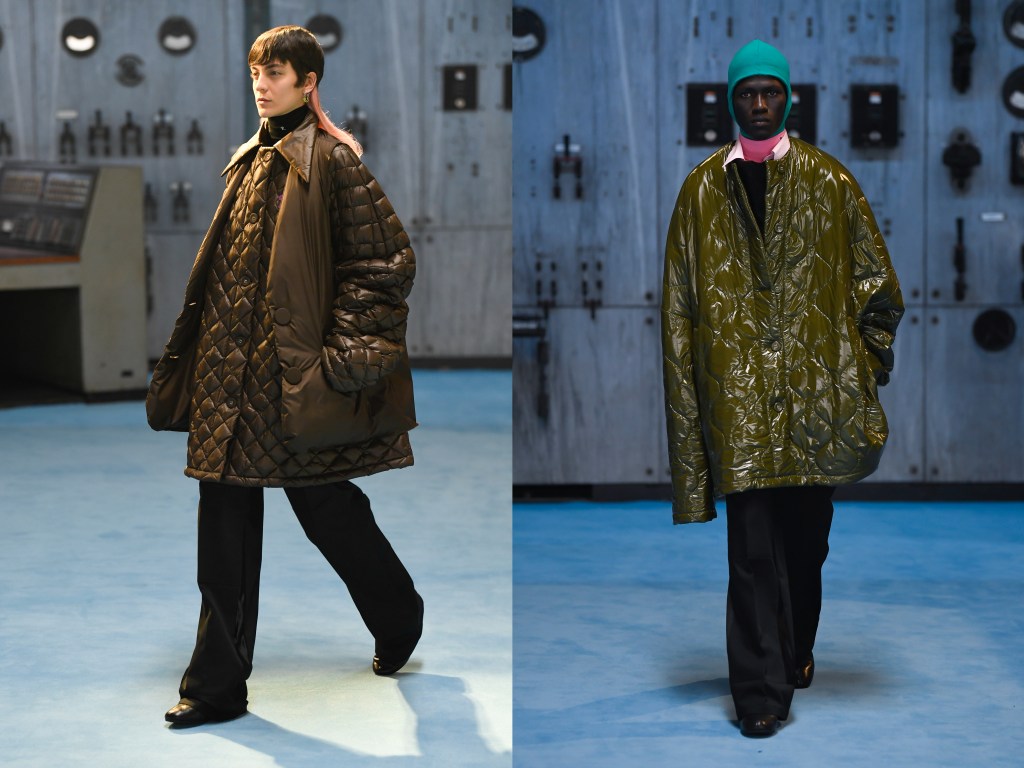 Nearly every model that rounded the runway appeared in larger-than-life outerwear, such as quilted A-line jackets and puffy, bubble-like vests—often worn together, along with roomy, relaxed trousers. “The re-scaling of garments suggests different form language and new purposes, as does their rematerialisation,” said the press release. Consider it a sure sign, that come next fall, anything micro will be far from sight—at least if Simons has his way.

4. don’t skimp on the accessories 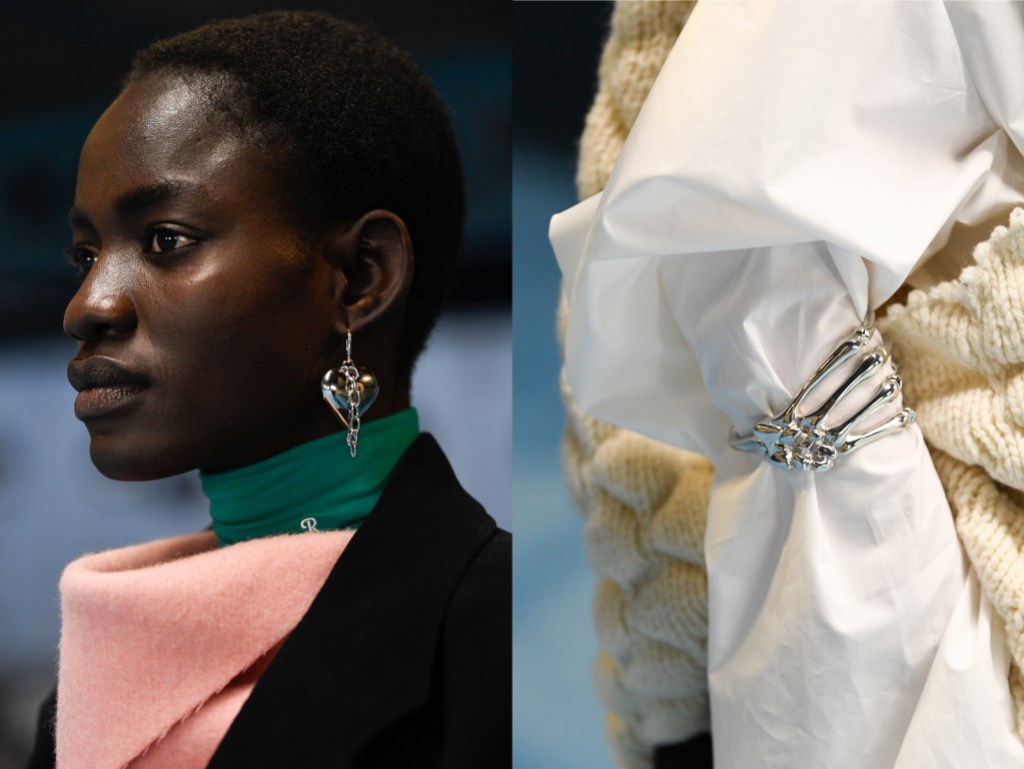 5. AT RAF SIMONS, THE BEAUTY EQUATION IS ANYTHING BUT BORING 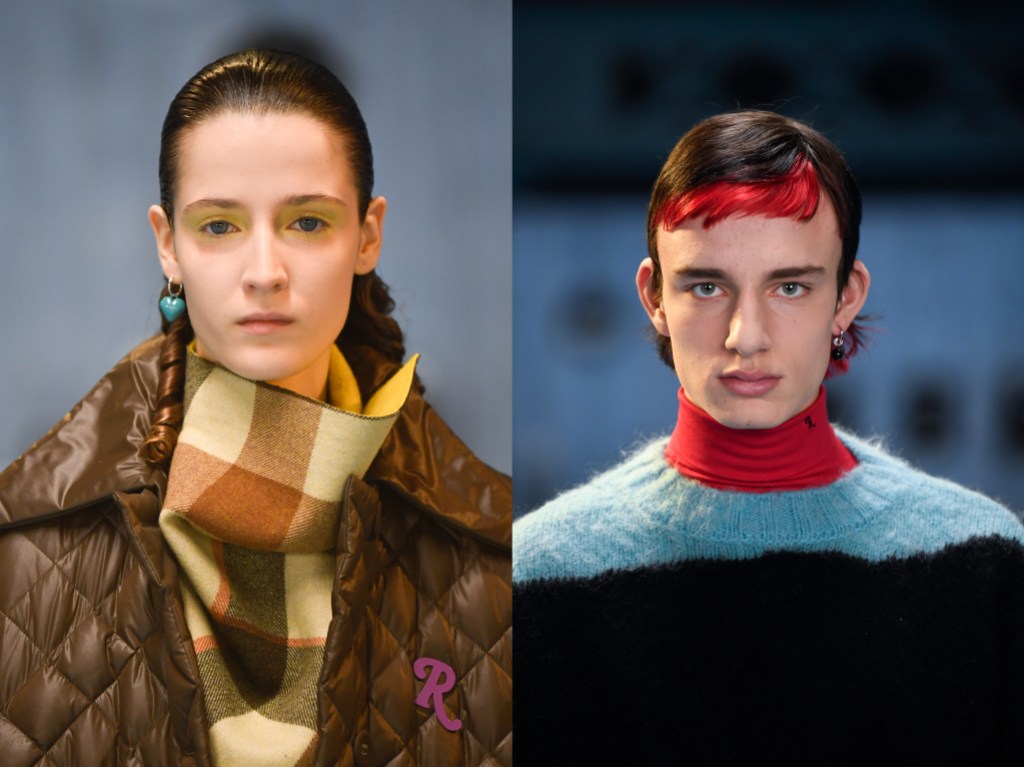 The focus may have been on the silhouettes, but one couldn’t help but steal a glance at the season’s striking above the neck formula: washes of pastel eyeshadow courtesy of makeup artist Peter Philips were shown alongside Anthony Turner-masterminded slicked-back ringlets, dip-dyed bangs, and fire-engine red lengths that made the case for matching one’s hair to their pants. 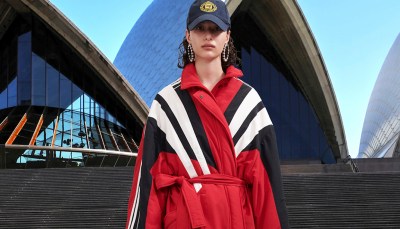 Louis Vuitton Takes Over The Lourve For Fall 2021
Next page