Unlike the show-stopping sartorial moments of royal weddings in history, Princess Beatrice opted for a gown and tiara that paid tribute in the greatest possible sense to her Grandmother, Queen Elizabeth

Over the weekend, Princess Beatrice celebrated her wedding to Edoardo Mapelli Mozzi with an intimate ceremony at the Royal Chapel of All Saints in Windsor. Originally, the couple planned to tie the knot on May 29 at Chapel Royal followed by a reception in the gardens of Buckingham Palace, but the pandemic and social distancing guidelines meant the couple opted for a private, smaller ceremony at an alternate venue. The following statement was released by Buckingham Palace to mark the occasion:

“The couple decided to hold a small private ceremony with their parents and siblings following the postponement of their wedding in May. Working within government guidelines, the service was in keeping with the unique circumstances while enabling them to celebrate their wedding with their closest family.”

But the real surprise was Beatrice’s bridal look. Rather than the huge designer couture creations of royal weddings past (like Kate Middleton in Sarah Burton for Alexander McQueen, or Meghan Markle in Clare Waight Keller for Givenchy), Beatrice wore a recycled vintage gown of her grandmothers by Norman Hartnell.

Her grandmother Queen Elizabeth reportedly wore the gown in its original form a handful of times, most notably to the premiere of Lawrence of Arabia in London in 1962. With its jewelled bodice and ivory taffeta skirt, it was reimagined to include a puffed sleeve for the occasion – a nod to her own mother Fergie’s wedding dress.

If you cast back to royal weddings over the years, this incidence strikes as especially sentimental. It was Norman Hartnell who designed the Queen’s wedding dress for her marriage to Prince Phillip – an intricately embroidered number that was inspired by by Botticelli’s Primavera – featuring an endless thread of silver flowers, hand-stitched alongside thousands of pearls and tiny crystals.

Hartnell was also the man responsible for Queen Elizabeth’s Coronation dress – a design he famously retreated to the woods to sketch, emerging days later with nine potential options.

Another incredibly special detail was the Queen Mary tiara Beatrice wore, the exact same royal jewel the Queen befitted on her own wedding day some 70 years ago. According to reports, the tiara itself is over 100 years old, and actually snapped when it was placed on Beatrice’s head before the ceremony – thankfully, a royal jeweller was on hand to make a quick repair.

Overall, the small ceremony was a huge change for the royals but a beautiful moment for the couple. It also served as an incredibly special day for Beatrice and Her Royal Highness The Queen (or a girl and her grandmother), who shared both a dress and crown jewels on the day, giving new meaning to the words, “something borrowed”.

The pair is said to have finished the evening in a makeshift pub celebration, and spent the night glamping. All our best the the newlyweds! 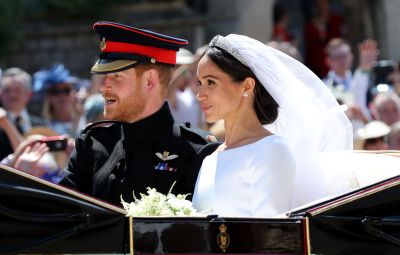 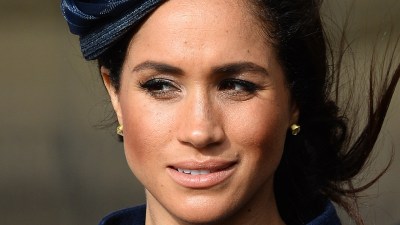 Is this Samantha Markle’s lowest blow to date? 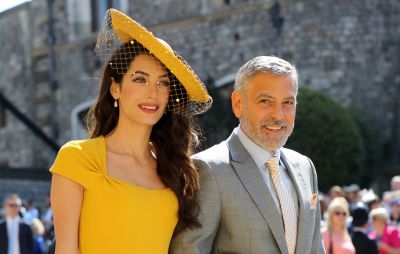 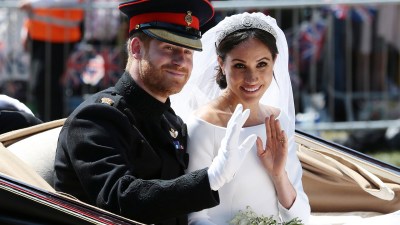