The Show That Never Happened. Prada’s Simple Take On A Complex World

Via a panoply of perspectives, Prada offers the answer to an increasingly complex world: "simple clothes, with a use and a value, a longevity and a place within people’s lives"

“Attention is drawn back to clothes – simple clothes, with a use and a value, a longevity and a place within people’s lives. As times become increasingly complex, clothes become straightforward, unostentatious, machines for living and tools for action and activity,” read the show notes of Prada Spring Summer 2021. It was part of “The Show That Never Happened” – a digital five-chapter proposition of Prada’s Pre-Collection, Multiple Views – the theme of non-shows seemingly red hot in fashion right now (yesterday Jean Paul Gaultier launched his “No Show”).

It also perhaps foreshadowed Prada’s collaborative future. Earlier this year, Prada announced Raf Simons would join its revered matriarch Miuccia Prada as Co-Creative Director, with Business of Fashion’s Tim Blanks saying, “I can’t think of anything like this in the history of fashion” of the news. Indeed, it not opened an entirely new chapter for the Prada brand, but the partnership opened a novel dialogue between designers widely acknowledged as two of the most important and influential of today. Conceptually, it was a new approach to the very definition of creative direction for a fashion brand, particuary a storied house rich in history like Prada. A challenge to the idea of singularity of creative authorship, it also expressed a bold reinforcement of the importance and power of creativity in a shifting cultural landscape, namely co-creativity. 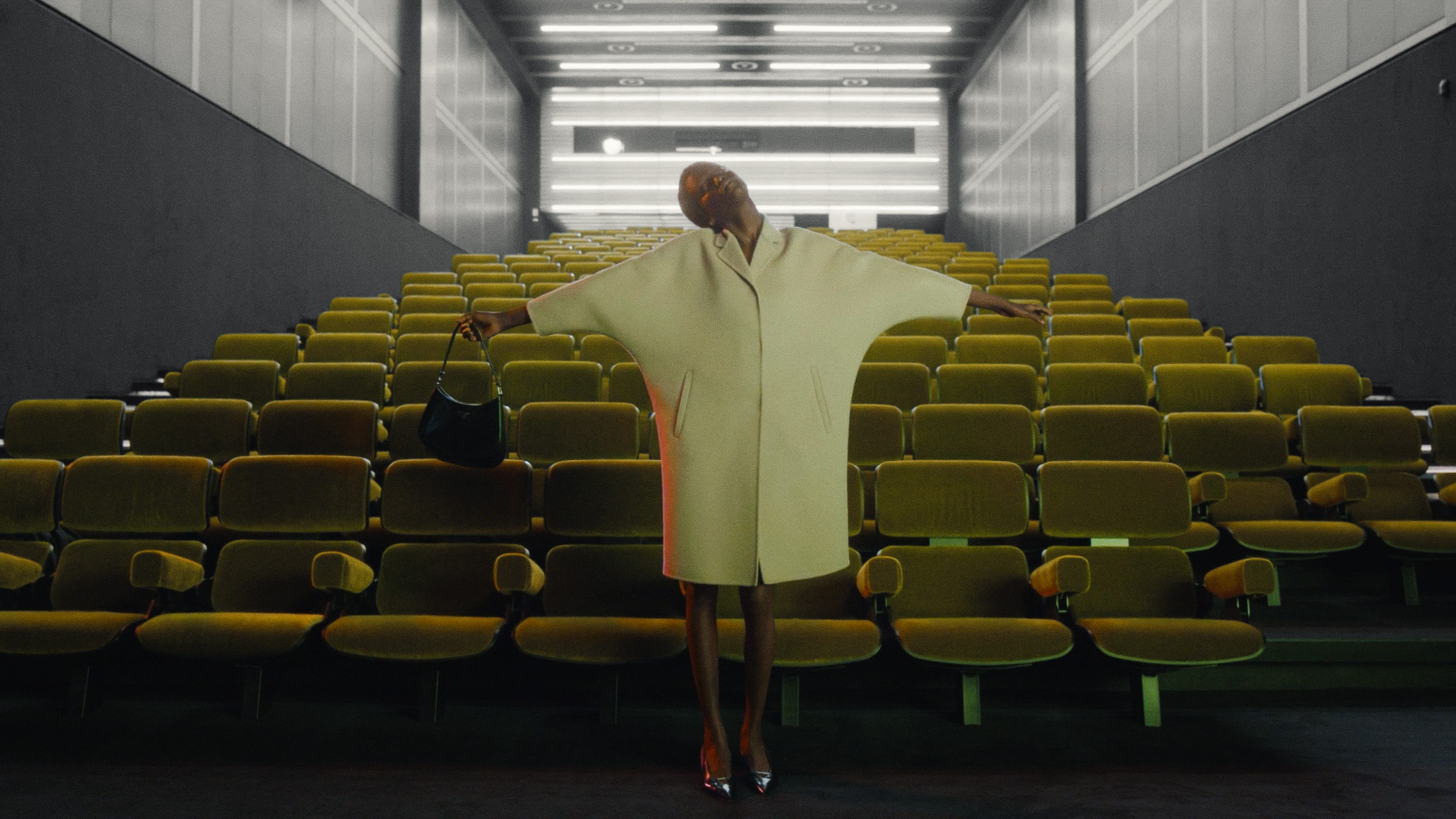 This collection was almost like the first step in this new cooperative path: a singular statement replaced by the perspectives of many: multiple views, by a multitude of global creatives. While designed by Miuccia, its delivery proposed myriad interpretations of the Prada man and woman. Five, in fact. Terence Nance, Joanna Piotrowska, Martine Syms, Juergen Teller and Willy Vanderperre were the five image-makers and artists invited to capture “their” Prada: digest it, define it, and deliver it to an audience streaming it around the world on devices at all hours of the day and night (10pm for this fashion editor). It was all about perspective, varying perspective, and how despite the congruity of one collection, the point of view on Prada shifts depending on who is capturing it – and in turn, looking at it.

Each proposed a film capturing a facet of the Prada collection; distinct and definite in their creative statement and ideology, some meditative, others manic, it was their point of view on Prada. It made up a greater dialogue, or “a true conversation” as per the show notes, whereby varying viewpoints formed one cohesive narrative. This in itself echoes the traditional fashion show, where each observer has their own physical and ideological vantage-point on the collection, their own opinions, their own observations.

READ: MIUCCIA PRADA’S GL-ARMOUR. PRADA’S CELEBRATION OF FEMININITY IS BOTH DELICATE AND POWERFUL

But it was also to reflect the reality of the digital presentation: where everyone tuned in from their own environments, in their own time, in their own worlds. It was a celebration of multiplicity above all else, with the clothes simply “machines for living and tools for action and activity”. The meaning of clothes – and fashion – is something that has been contemplated since the beginning of the pandemic. The industry and its players both great and small have been experiencing somewhat of an existential crisis; weighing up the worth of clothes in this changed world: how clothes are worn, where, and why? It’s a question Miuccia Prada asked herself, the quintessence of this very collection.

Making honest, real, simple garments was on her agenda last night. She created clothes to live in, work in, simply be in. Some felt like workwear, classic corporate propositions like tie-and-shirt combos tucked in, both precise and suave. But they were rendered in agile fabrics, technologically-innovative fabrications of Prada’s famous nylon and stretch materials, juxtaposed with this kind of traditional suiting. The silhouette was sharp and clean for both men and women, although volume shifted between gender. For men, it was sharp and narrow; for women, clean and voluminous, given a kind of couture treatment with full-skirted smocked dresses and bubbling hemlines. Both featured simple lines but created different shapes – again tying back to this broader idea of multiplicity. 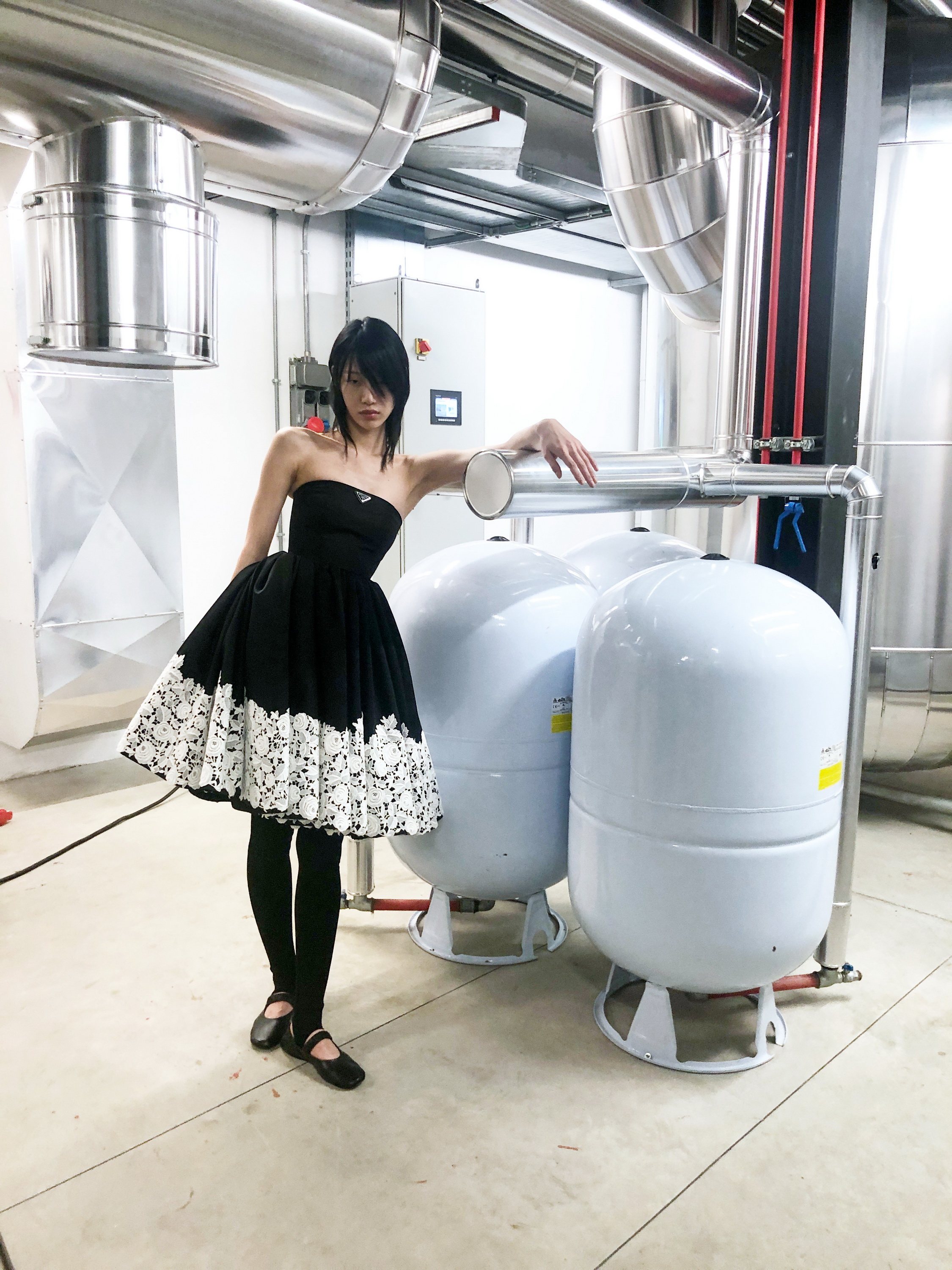 Then the inverse: industrial outfits in classic fabrications like leathers, cottons, taffeta, and true sportswear from Prada’s Linea Rossa line, functional pieces of outerwear like spray jackets and track pants to play in, even white capri leggings for the daring.

But when stripping back, the obvious conclusion is lingerie: the foundational layer of any outfit and one Miuccia returned to with soft-knit knickers, gauzy boxer briefs and her take on négligée, a lace-trimmed satin slip dress in pale ice blue, utterly divine and so classically Prada. 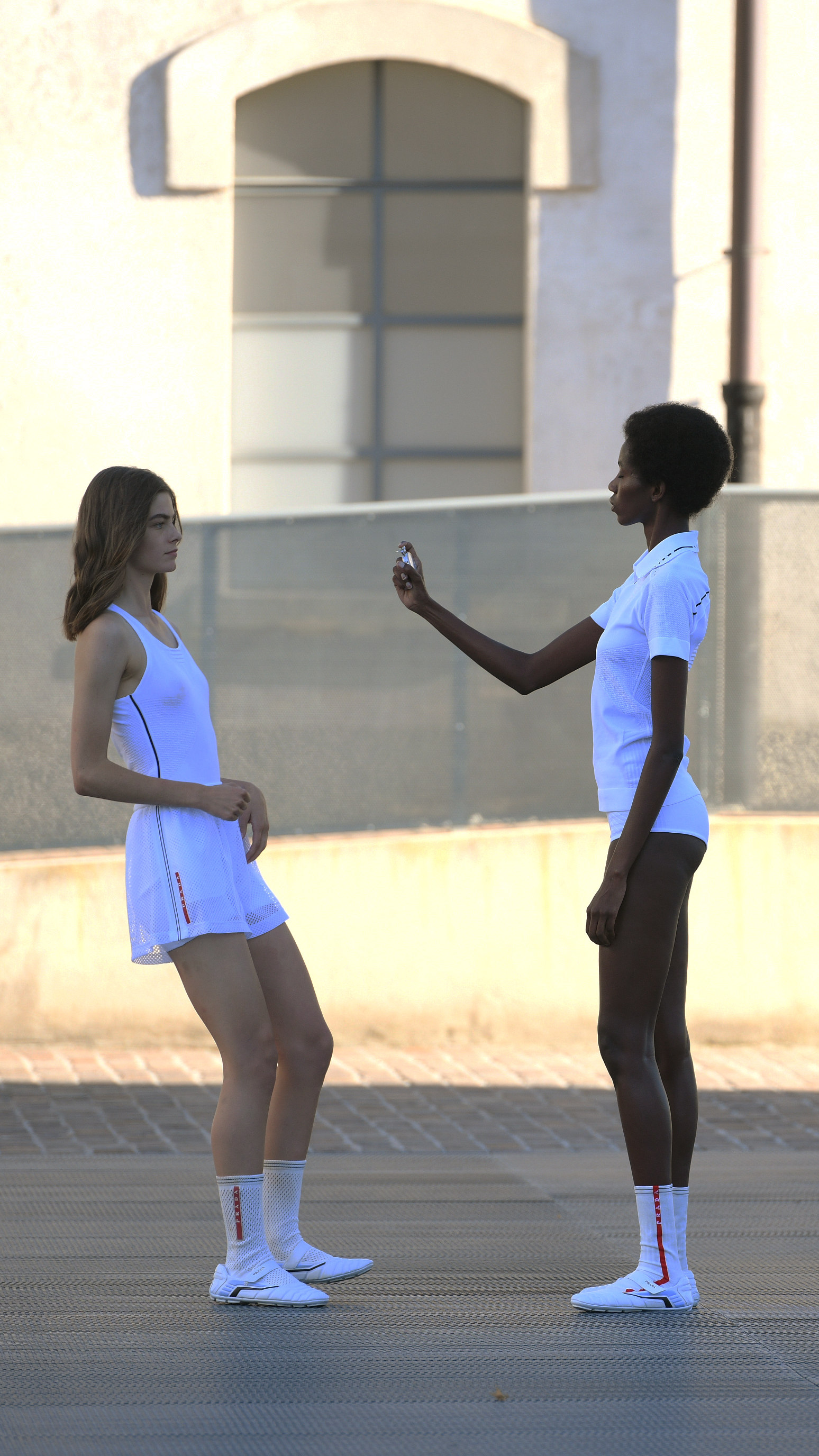 Within simplicity, however, a complexity unfurls. Remember nothing really is quite as simple as it seems. “The clothes are simple, but with the concept of simplicity as an antidote to useless complication,” she mused. “I think that our job as fashion designers is to create clothes for people, that is the honesty of it. That is really the value of our job—to create beautiful, intelligent clothes. This season, we focused on that idea: It is about clothes, about giving value to pieces.”

The value of this collection therefore cannot be underplayed; complex times calls for these simple joys. 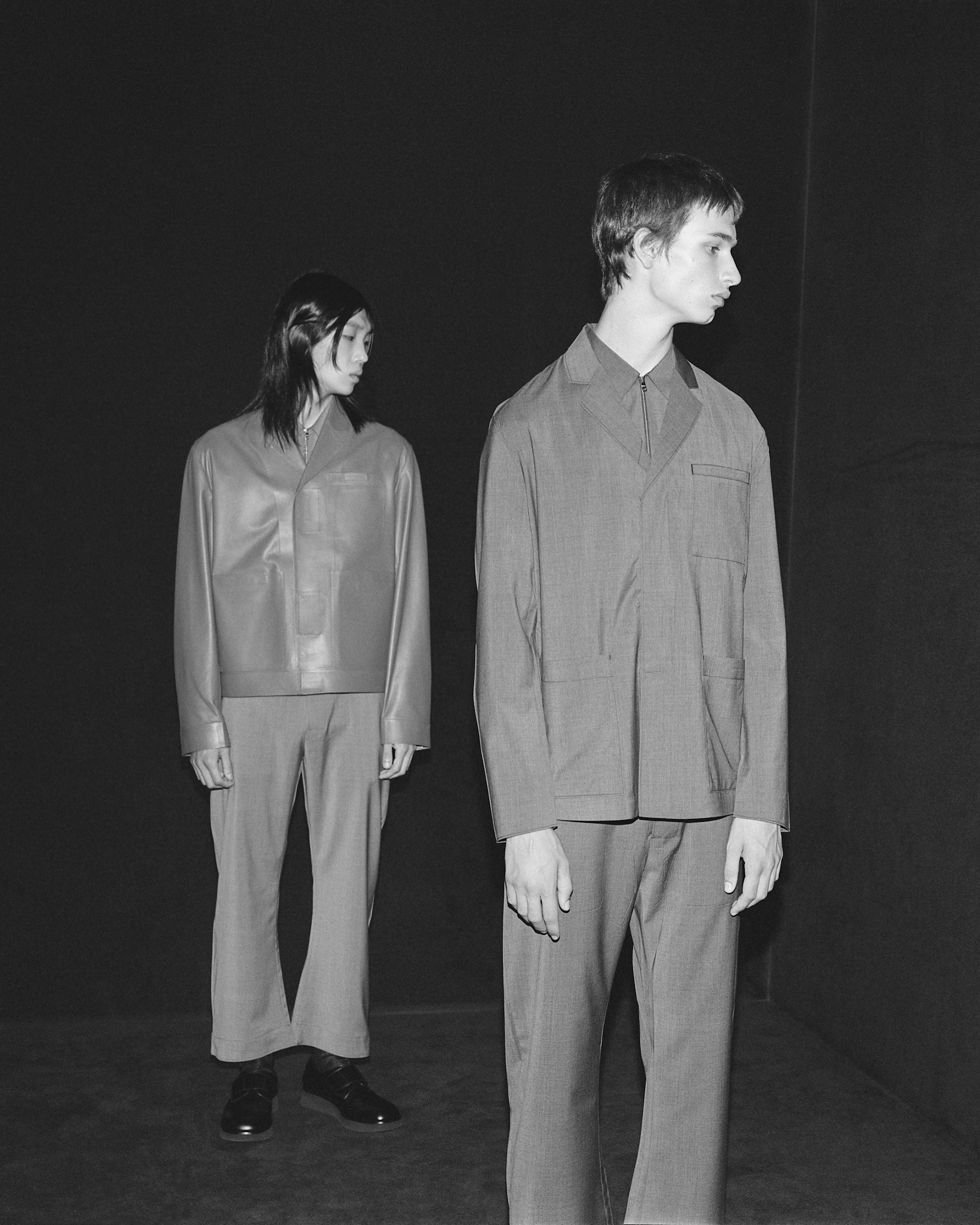