The House of Jean Paul Gaultier opens a new chapter in its history with the "No Show", and is bringing along a host of magnificent, multifaceted muses for the ride 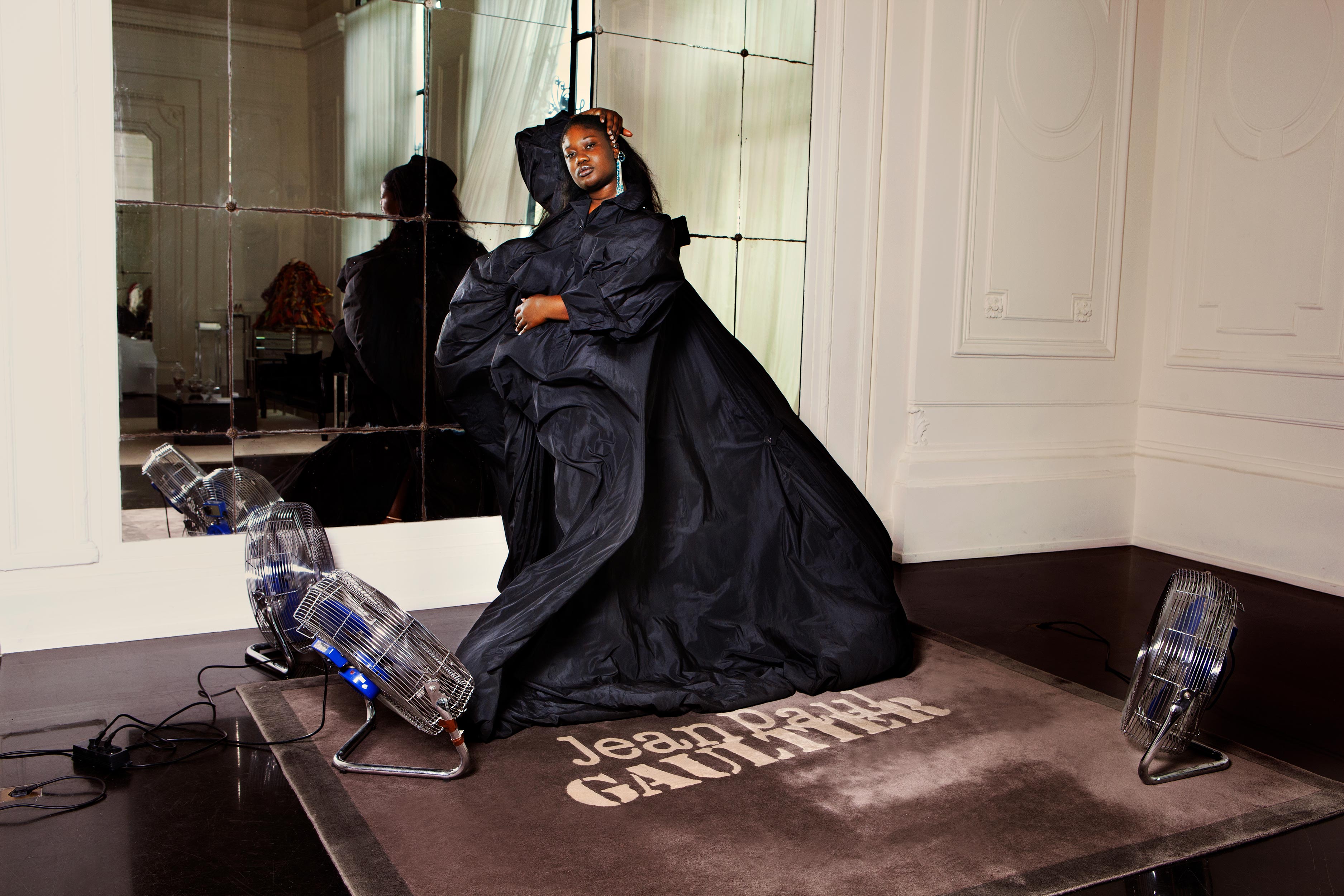 Roll up, roll up! Fashion’s master showman is back! After Jean Paul Gaultier’s final Haute Couture show last January – which was, as expected, a spectacular extravaganza – the House announced that each season a new designer will be invited to interpret the codes of the house and cast them through their own unique lens. It was revealed Chitose Abe, the founder and designer of SACAI, was the first to be invited to the Gaultier stage, leading this revolutionary new couture model. But with everything that has happened in the world in the past few months, the House decided to postpone her Couture show to January 2021.

But with Jean Paul Gaultier being, well, Jean Paul Gaultier, he has decided the show must go on, or his version of “the show”. So without further ado, we introduce Monsieur Gaultier’s “No Show”, an experiential and extraordinary voyage into the atelier and in turn, the designer’s mind. Seizing the opportunity of Fashion Week, Gaultier open its doors to share the behind-the-scenes antics of the Haute Couture House. Guided by longtime friends and a new generation of Gaultier’s muses wearing the best-of JPG Haute Couture archival collections, the preparation of this “No Show” is one to fully lose yourself in.

It’s also the first time to meet JPG’s very own team, who have helped build the House of Gaultier over the years, the petites mains and artisans who make the Maison Gaultier such a spectacular and unique place. A hybridised world of Haute Couture and multifaceted French beauty, of new and old friends of the House, and a free and contemporary take on the spirit of L’Enfant terrible of la mode, the motto of Maison of Gaultier surmises it best: Listening, observing and learning, a time to preserve its heritage and values while rewriting a new page of its history.

Meet some of the JPG MUSES below… “Jean Paul Gaultier inspired me during my teen years and in my quest for identity.”

Why did you agree to be a Gaultier muse?
Jean Paul Gaultier was an inspiration during my adolescence and during my quest for identity. I am filled with joy to be part of his universe to realize that dreams are accessible. In 2011, I saw Andreja Pejic posing for Gaultier in magazines, and had the hope of being able to assert myself and find people like me.

A word that for you reflects the spirit of the House?
Magic. It’s magical to have access to this House. I feel so light when I arrive at Gaultier’s, it’s really the most reassuring place I have yet discovered.

Which brand piece do you remember?
I remember the 1995 and 1994 collection. Choosing a piece is real torture, but I know that I dream of acquiring one of the futuristic combinations, I saw some in the archives of Jean Paul, it was so exciting. 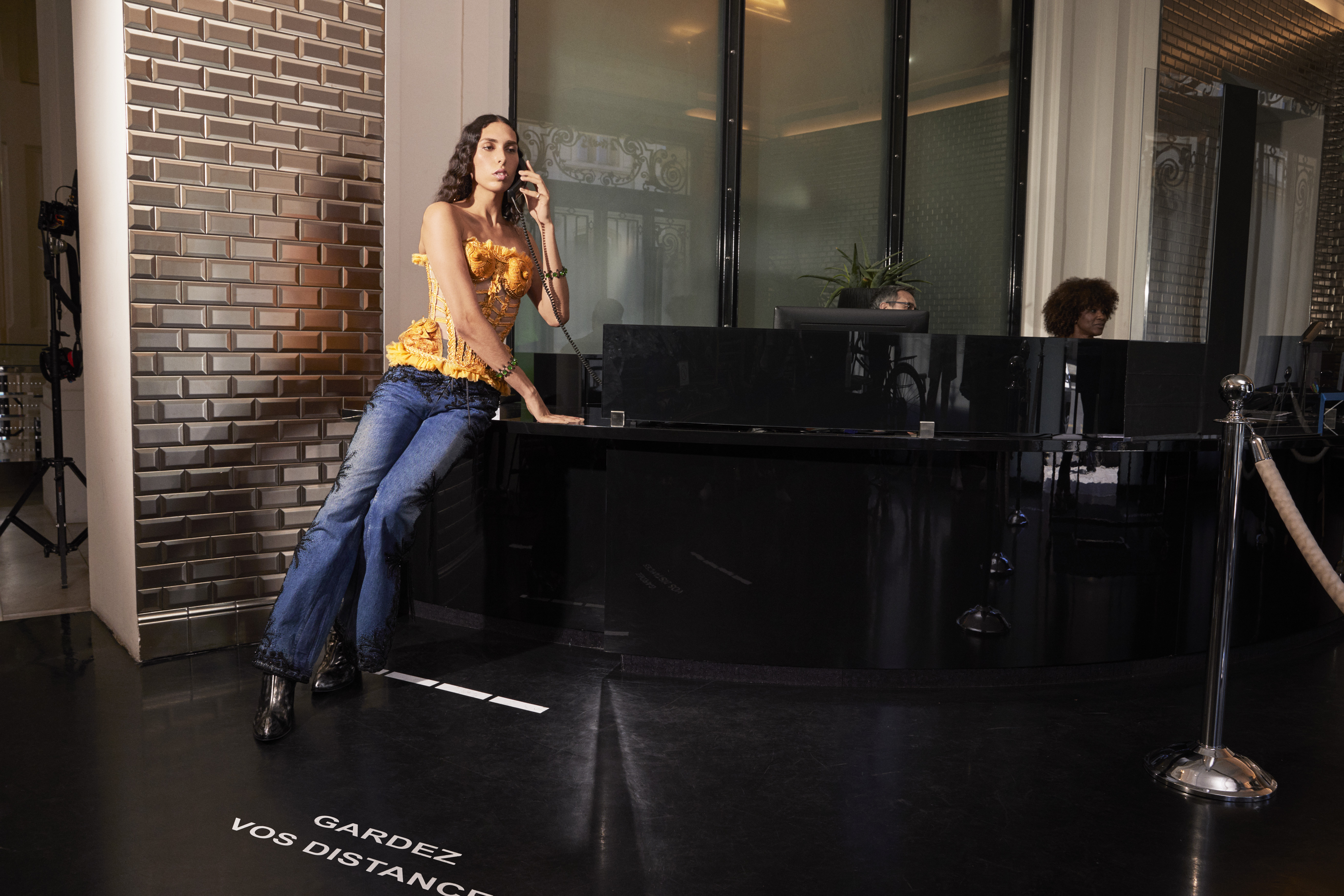 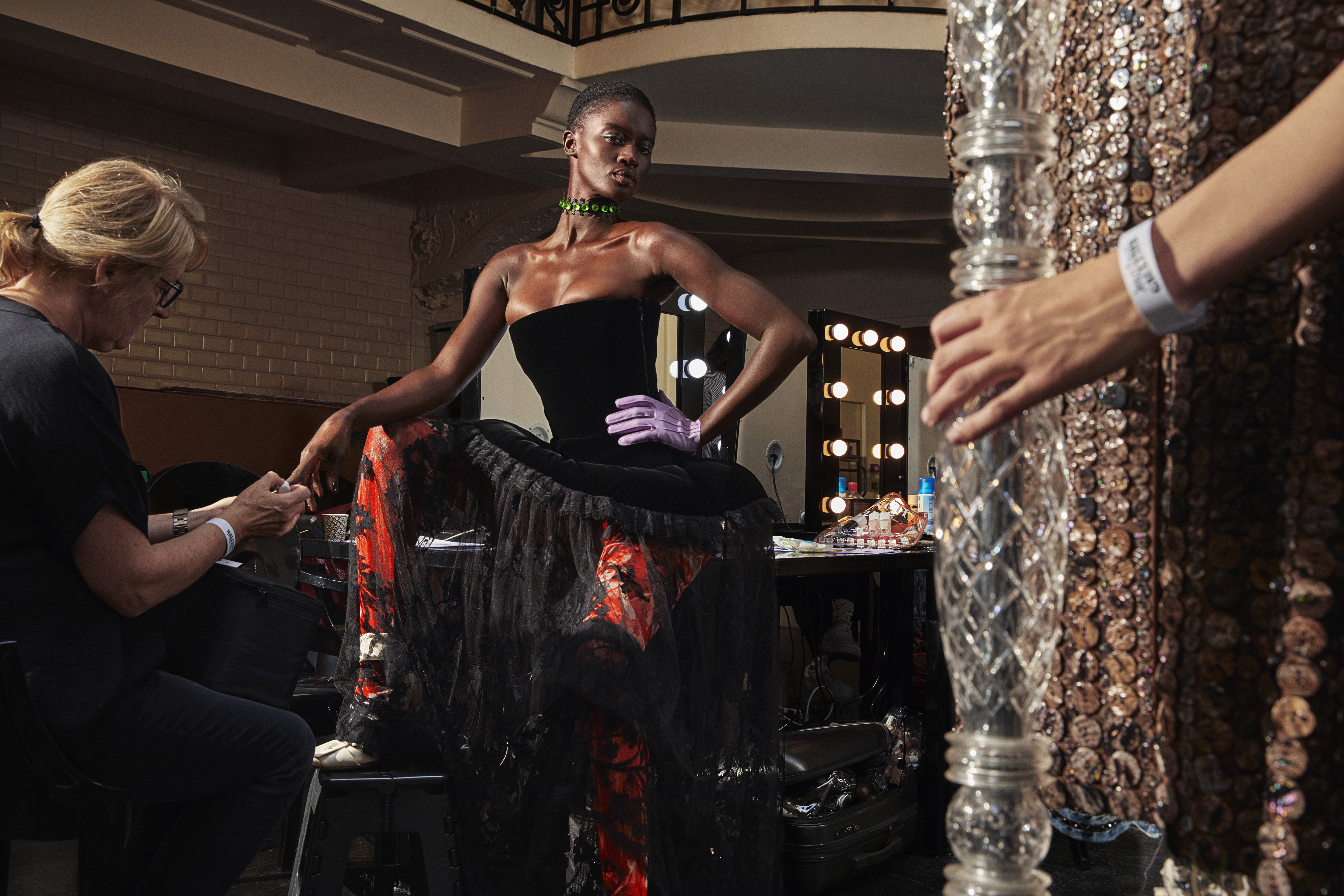 “Everyone has a place at Gaultier.”

Why did you agree to be a Gaultier muse?
It’s a house whose work I appreciate very much and makes no difference based on people’s features or origins, as its founder accepts everyone. I follow its developments, and it is an honor to be able to finally pose for the house today.

A word that for you reflects the spirit of the House?
Together. Everyone has its place at Gaultier from the moment they have their own little thing. Unlike other brands, you are not told that you are not tall enough, thin enough, or that your skin colour is not suitable. This is what makes this House unique.

What is it for you to be a muse?
It is inspired by the artist, and through me, he can have ideas, creations, emotions. I want to pass on my passion for fashion and modeling, but above all, I want to show that you can start at the bottom of the ladder and get to the top by strength of not only will, but courage, and stay true to yourself. “The House has a long life ahead of it, if it continues to question the status quo and fight against gender norms.”

Why did you agree to be a Gaultier muse?
When I was 16, the first images of Jean Paul Gaultier that I saw were photos taken with a Latin and gender-fluid
model. It was the first time since Grace Jones that I had seen a figure that crossed the boundaries of gender I felt immediately at home. I am indebted to him for creating his universe because it has opened up possibilities for children
like me.

A word that for you reflects the spirit of the House?
Timeless. This House could exist forever. And it has a long life ahead of it if it continues to question the status quo and fight against gender norms.

What room is most representative of the spirit of the House for you?
I love the whole “L’École du Regard” collection as a tribute to the film “Mon Oncle” by Jacques Tati, who is a director that I love. And then all the costumes he designed for the Fifth Element. The whole movie is an extended fashion show. With his privileges, he worked at best to highlight other people. 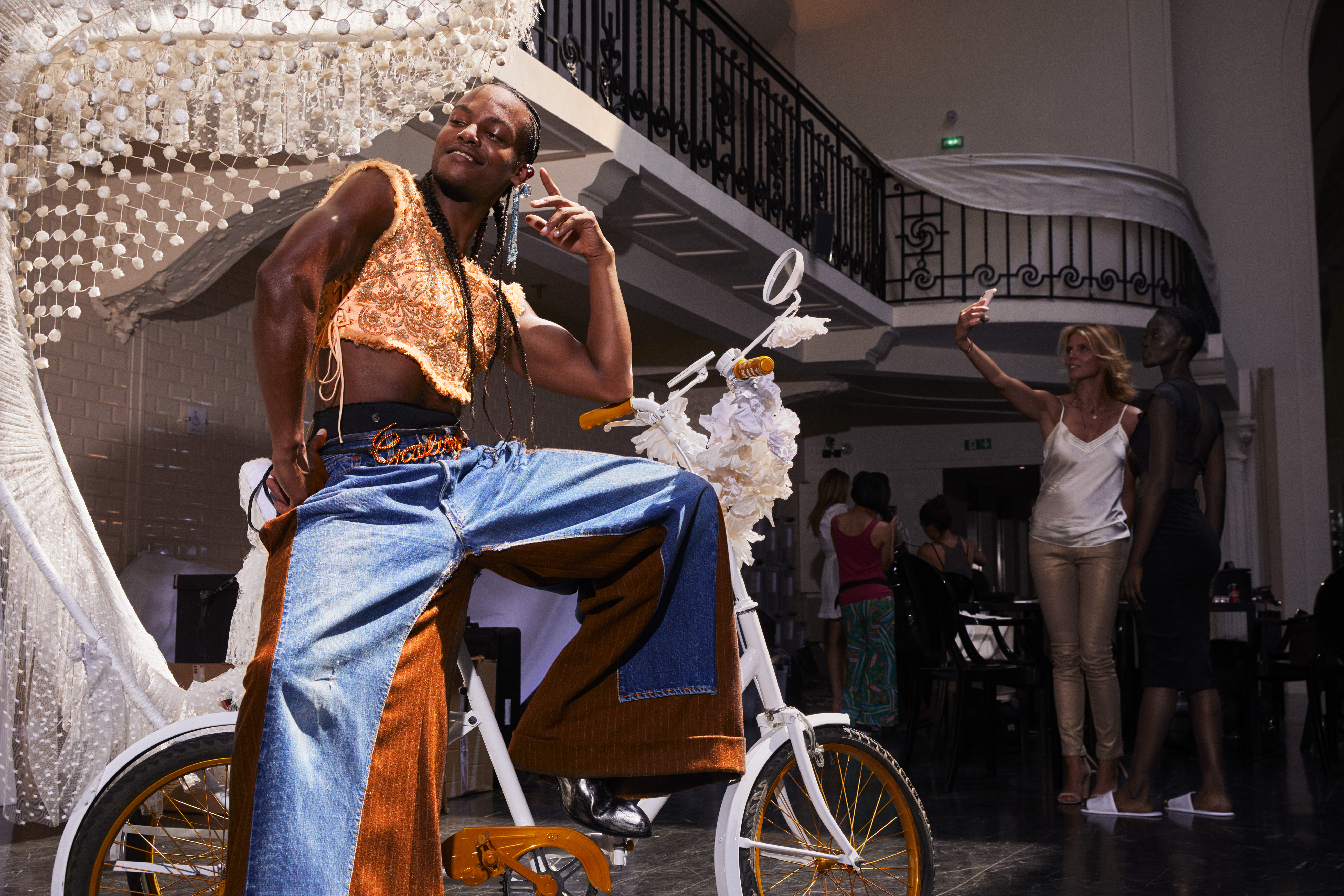 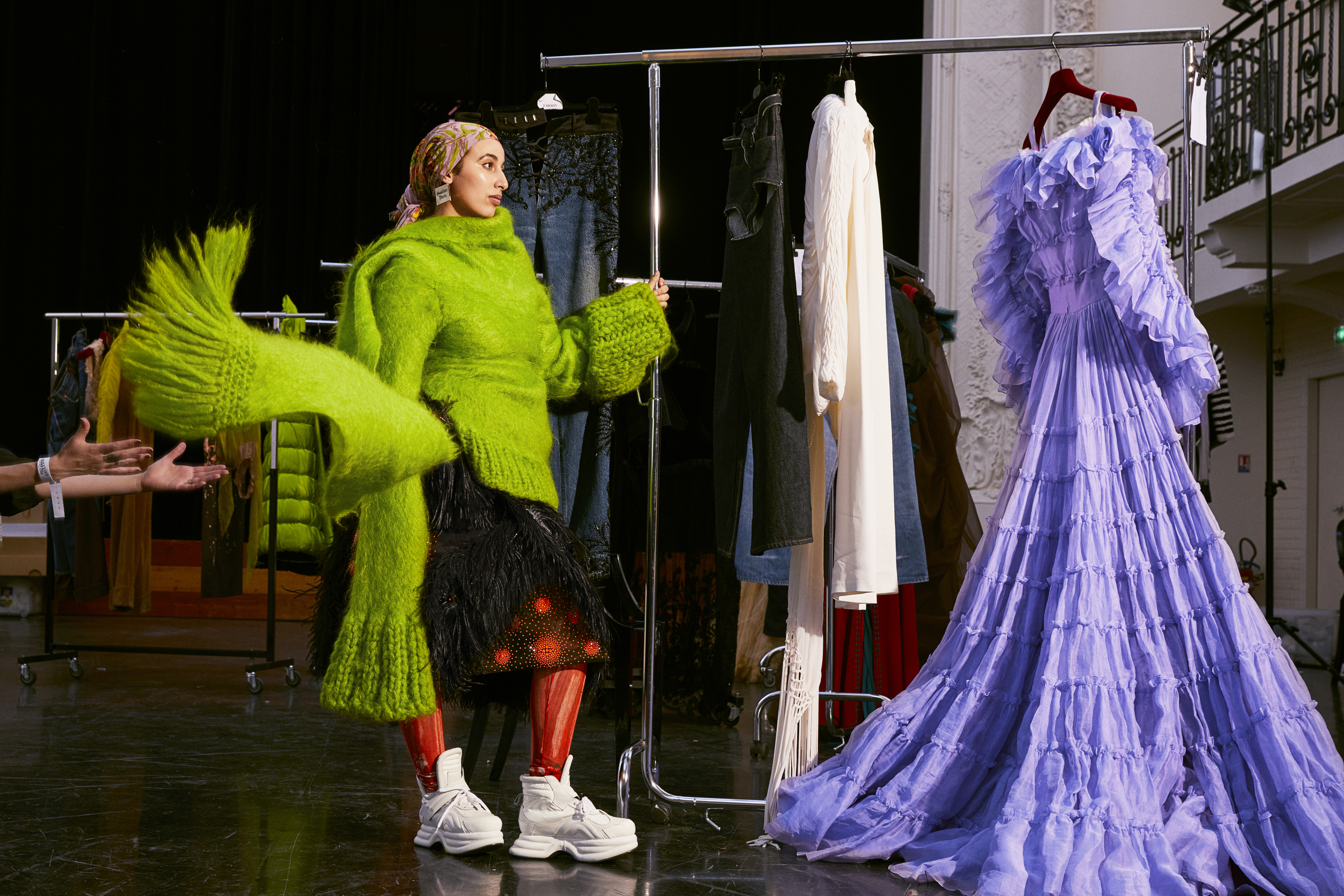 Why did you agree to be a Gaultier muse?
Gaultier’s approach to inclusivity and the brand’s ability to always know how to renew yourself made me want to be part of
this story. To open up to new standards of beauty within fashion.

A word that for you reflects the spirit of the House?
Extra-ordinary. It’s not a brand that meets standards. The House has always been where we did not expect it.

What part of Gaultier’s heritage should we continue to celebrate?
Breaking the codes. No matter the designers who will take over at the helm of the Gaultier house, they must keep in mind to always take risks as Jean Paul Gaultier has done throughout his career. 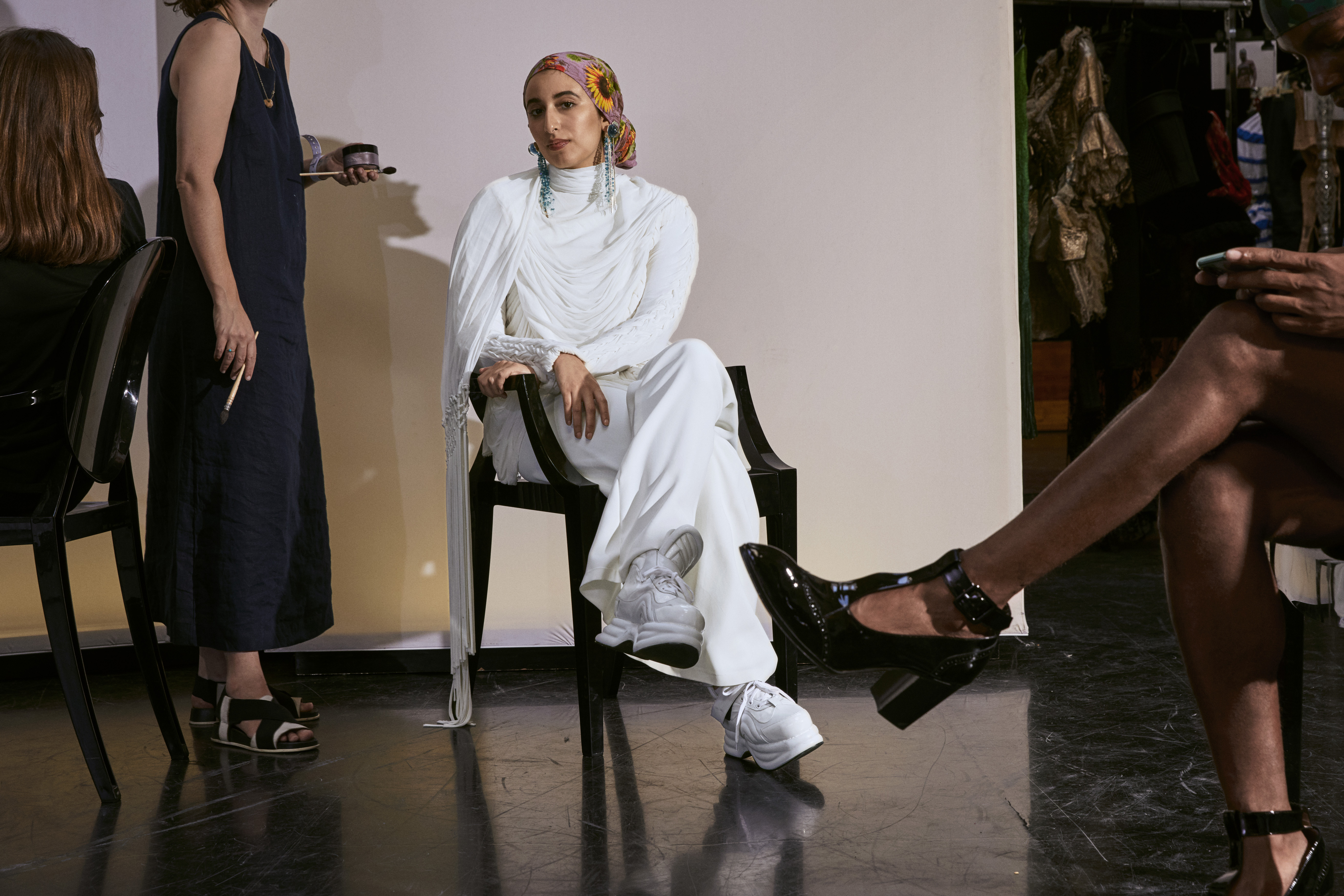 “I’ve had men in my life, but this House is my biggest love story.”

How did you arrive at Jean Paul Gaultier?
I arrived on November 23, 1995, they were looking for a receptionist-switchboard operator, and I was taken in. The
adventure began. He then scouted me too and made me walk for him, it was the happiest day of my life—the little West
Indian girl who walks for Gaultier two years after being hired.

What makes you stay?
This House opened its arms to me, I never felt black, I felt like someone, like a real person. I’m from Martinique, the great-great-granddaughter of a slave, and that’s part of my story. Feeling like someone, therefore, has another meaning for someone like me. Unless you are black, you cannot understand what that means.

What future do you imagine for Gaultier?
When Mr. Gaultier left, it broke my heart. I felt loved, I had brothers and sisters in this House, it’s like a family here. I
really want to continue, he has done so much for fashion and the world, we need witnesses. I consider myself among the witnesses of this incredible love that surrounds the Gaultier house. I’ve had men in my life, but this House is my biggest love story.

Did one fashion show impressed you more than the others?
The ready-to-wear collection for Fall-Winter 97-98 where only black models walked except for one girl. The
setting was a boxing ring, it was already Jean Paul’s fight. There were iconic black models like Naomi Campbell, Alek Wek, and Debra Shaw, but also Kirsten McMenamy who was the only white model. At the time, it was one black model or two per fashion show, so even for those who were professional models, it was a unique moment. 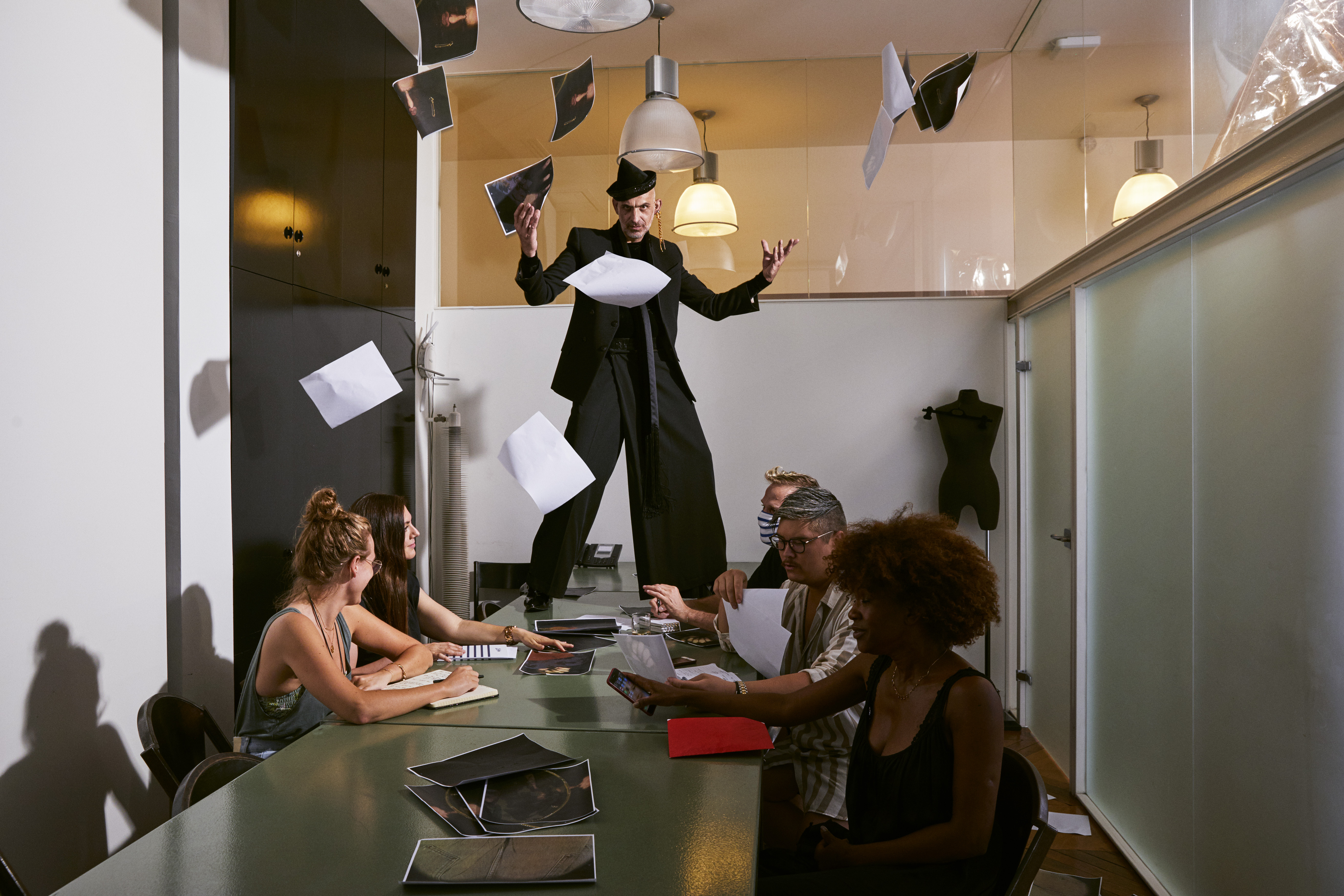