If the idea of relocating to a new planet sounds appealing after all the terrible news that’s come out of 2016, the latest trailer for Passengers might make you think again.

Jennifer Lawrence and Chris Pratt star in the Morten Tyldum-directed sci-fi/rom-com/thriller, set in a spaceship headed for a new planet when two people on board (Lawrence and Pratt) wake up from time-stopping sleep chambers 90 years too early.

In a new trailer released Friday featuring only Lawrence, her character Aurora goes for what’s meant to be a relaxing swim in the spaceship’s pool when there’s a gravity malfunction, and Aurora can’t seem to find the surface of the water to take a breath. It’s a compelling new look at a much-hyped film, which traverses funny moments between talented comics Lawrence and Pratt at the beginning, but quickly take a more dark and dramatic turn when the two realise there’s something wrong with the spaceship, and they and all the people on it are in serious danger.

Passengers is to be released in Australian cinemas January 1. 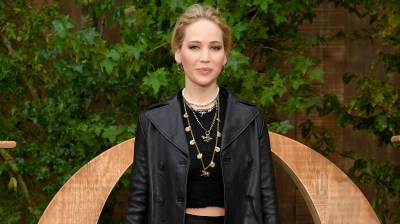