Noah Centineo, Is That You?

The actor has come a long way since Disney Channel

I was forced to squint further into my phone during my usual news feed scroll this morning. “Noah Centineo, is that really you?,” I asked myself. Indeed it was. The actor took to social media today to post an incredible body transformation. Complete with curly locks and scruffy facial hair, the man has come a long way since his days on Disney Channel.

The 24-year-old is preparing for an upcoming role as Albert Rothstein, aka Atom Smasher, in the DC Extended Universe’s Black Adam starring Dwayne ‘The Rock’ Johnson and Pierce Brosnan. Centineo’s new look is the work of trainer to the stars, Kirk Myers – famously behind DogPound Gyms in New York and Los Angeles.

Speaking on Australian radio show Smallzy’s Surgery in February, Centineo was forced to up his food intake to over 6000 calories. He also reflected on his past bulking experiences.

“Last time I gained, I was doing 6500 calories a day,” Centineo said. “You’re at the gym for two hours every day.”

“At one point I was eating like 12 eggs in the morning and two bowls of oatmeal,” he revealed. “We started putting spinach in the eggs… The spinach got caught on my throat, hit my uvula and I ran to the bathroom and threw up half of it.”

Myers was the trainer behind the Victoria’s Secret Angels and according to GRAZIA’s editorial director, Jessica Bailey, who trialled Myers workouts in New York, any given workout is tough. He also counts the likes of Justin Bieber, Kaia Gerber and Adriana Lima as clients.

“Unbeknown to me at the time, however, I would not be able to laugh, sneeze or stretch in the coming days [post my workout] given how torn up my internal stomach muscles would feel,” Bailey wrote following a session with Myers.

From Warner Bros. Studios, Black Adam will be directed by Spanish filmmaker, Jaume Collet-Serra, and is slated to release on December 22, 2021. 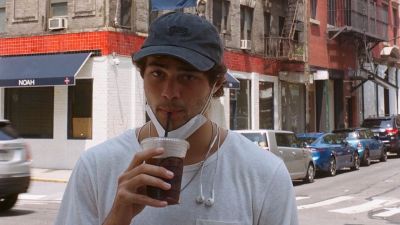 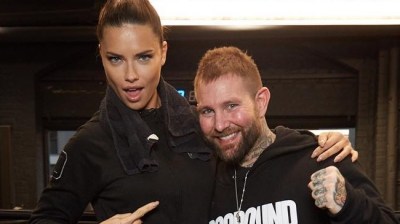 Kirk Myers: Shooting For The Stars And Making A Killing
Next page