Ahead of the Olympics in Tokyo, Nike Lights The Unofficial Torch For New York Fashion Week In Super-Sized Spectacle

NEW YORK CITY: “You’re from Australia? How’s it all going down there?” pioneering marathoner Joan Benoit Samuelson asks me post Nike’s mega-show at The Shed on West 30th on Wednesday night. “I’ve heard about all the animals.”

For those unfamiliar with Benoit Samuelson, the 62-year-oId American was the first-ever women’s Olympic Games marathon champion after winning gold at the 1984 Olympics in Los Angeles. She held a 32-year record for being the fastest American woman to finish the Chicago marathon since winning the race in 1985. Just last year, Benoit Samuelson ran the Boston marathon within 30 minutes of her 1979 time, a result she attributes to Nike’s improving technology.

“I’ve had Nike footwear since the inception of my career but their progress and innovation since that time has been amazing to watch,” she says. “The fact that I’m still able to enjoy it and see what a difference there’s been since the early days is an incredible gift.”

While I’d spent many hours watching back Benoit Samuelson’s unbelievable finish-line milestones earlier that day, I didn’t anticipate the line of questioning to fall on Australia’s calamitous bushfires. But it does make sense. As the globe is warming up, the future of sport is being seriously threatened as athletes are unable to train outdoors in the scorching heat. The 2020 Olympic Games in Tokyo are set to be the hottest on record and for Nike, they are tackling climate change with an athlete’s mindset through commitment and team work.

“What’s at stake isn’t just records, but the future of sport itself,” says NIKE President and CEO John Donahoe. “In Tokyo, we’ll help the world’s best reach new levels of performance with our revolutionary platform, while sharing real solutions for the barriers all athletes face under rapidly changing climate conditions.”

“Our goal is to always make Nike athletes better. But also make the world better for athletes.”

“We’re a big company and we have a big responsibility to do everything we can to combat climate change,” she says. “We’re hearing from our athletes that it affects their practises and competitions. If the air quality is not good, they can’t take a run outside and the heat is getting more extreme. For the Tokyo Olympics, they are moving the marathon 500 miles [804 kilometres] North because they are so worried about the heat.

“We can create products that will help athletes on a daily basis to keep them cool and dry but really where Nike can have its biggest impact is by reducing our carbon footprint,” Hannah continues.

Walking through the stadium-like dark tunnels to a crisp white arena, hundreds of sneaker-clad guests – editors, sportsman, fashion designers, musicians – were seated by black coats in headsets. The huge space was hemmed in by floor-to-ceiling white curtains and a mirrored backdrop. To my right, a cluster of photographer flashes heralded the arrival of Drake.

He sat next to Off-White’s Virgil Abloh and Spanish singer-songwriter Rosalía. Across the way sat rapper Travis Scott and fashion designer Simon Jacquemus who, according to Instagram, was as obsessed with a pair of Nike flyknits as Lizzo is his tiny bag.

As the show began, a sea of colour and energy burst onto the white runway; neon tangerine for Kenya, sunburst yellow for Germany; purple and royal navy for the American female track and field athletes. The Team USA medal collection was also revealed as Nike reimagined the windbreaker jacket using 100 percent recycled polyester.

Benoit Samuelson and US Women’s basketballer player Lisa Leslie proudly walked this piece down the runway, each holding the hand of a young basketballer wearing Kobe Bryant-emblazoned LA Lakers uniforms. It was one of the most moving parts of the entire show and the perfect tribute to the champion basketballer’s influence on the younger generation.

The fastest shoe on the market was also on display: Eliud Kipchoge ran 1:59:40 in Vienna in October, breaking the two hour marathon barrier wearing a prototype of the Nike Air Zoom Alphafly NEXT%.

“The biggest difference in wearing a pair of new Nikes is injury prevention, recovery and speed,” explains Benoit Samuelson. “With the Next%, not only are people running faster but they’re recovering much faster. [Breaking my PB] in Boston [in 2019] was a goal and I achieved it. Maybe in my sixth decade, if I’m really lucky and can stay healthy, I can maybe knock 10 more minutes off. It’s one race at a time.”

So what would have been capable of Benoit Samuelson back in the 1984 Olympics if she had today’s Nike technology? “That’s a really good question,” says Tony Bignell, Nike’s Vice President of Footwear Innovation. “We know that of our best shoes today, Nike is giving you a benefit of four, five or six percent improvement. I think Joanie would see her improvement be somewhere in line with that.”

“We want to make the shoe incredibly light. She’s running 26 miles (42 kilometres). But it’s a trade-off. The thinner you make the shoe – and the lighter is it – then the less cushioning you get. The shoes Joanie was running in were very basic. I think she would have benefitted from a shoe today as it gives you more protection. I feel a bit sorry for her, actually. She’s run hundreds and thousands of miles – her body is incredibly efficient and that’s why she’s so amazing at what she does – but I think she and her daughter will probably benefit from [Nike’s innovations] in the future. With all of it though, the athlete is the engine. What we’re trying to do is make her more efficient and more effective in ever stride.”

One way Nike are combatting extreme humidity and heat is improving its Dri-FIT technology, a material which is already on the market and helps manage heat, moisture and sweat. “We’ve got the ability to scan and identify where we need to put focus or more breathability or more support on our athletes. We’ve got all this data coming in from our research labs which is phenomenal because data really is the future,” explains Janett Nichol, Nike’s Vice President of Apparel Innovation, as she shows me the USA women’s track and field outfit up-close.

“We were like, ‘We’re going to make Dri-FIT better’. I like to talk about pixel innovation. Every single stitch is doing something. In the case of the bosom area, we’re looking at support, lock-down and ventilation. If you were to look at a traditional sports bra, it probably has anywhere between 5-11 pieces. Ours has two. If you are to look at that from a sustainability perspective, it’s two pieces. It comes off the machine like this – there’s no waste.

“What’s amazing is we were able to marry art and science. Or technology and soul.”

Starting in Fall 2020 [August 2020 at nike.com], Nike will release Dri-FIT Stealth Evaporation, a technology that takes moisture from the body and dissipates it really quickly but never allowing it to penetrate to the outside of the garment. “You can now sweat in your favourite baby blue tights – and no one will know,” says Nicol.

Again, I fall back on how different Benoit Samuelson running experience would have been had more support for women existed back in the 70s and 80s.

“Who knows what Joan could have been like if she was Joan today,” smiles Nicol.

Yes, just as “Joanie” broke records for women, Nike hope to do the same for climate change. And if they can leverage the science to help their athletes, surely the Australian government can look to the science surrounding the eco-crisis as well so next time someone asks “How’s it all going down there?”, we’ll have a better response. 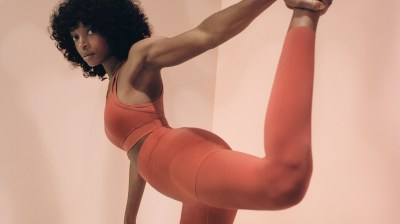 Mental Health And Mindset: How Exercise Can Transform More Than Just The Body 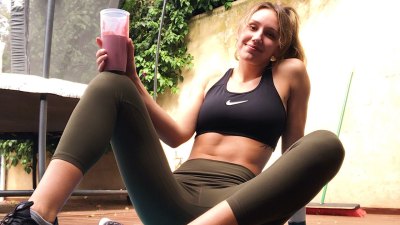 Train Like An Athlete: A Quick-Fire Workout, Led By An Elite Basketball Player 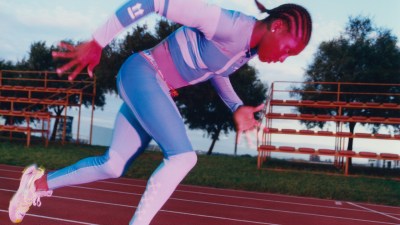 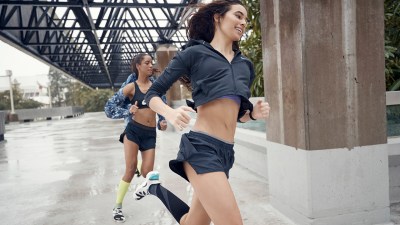