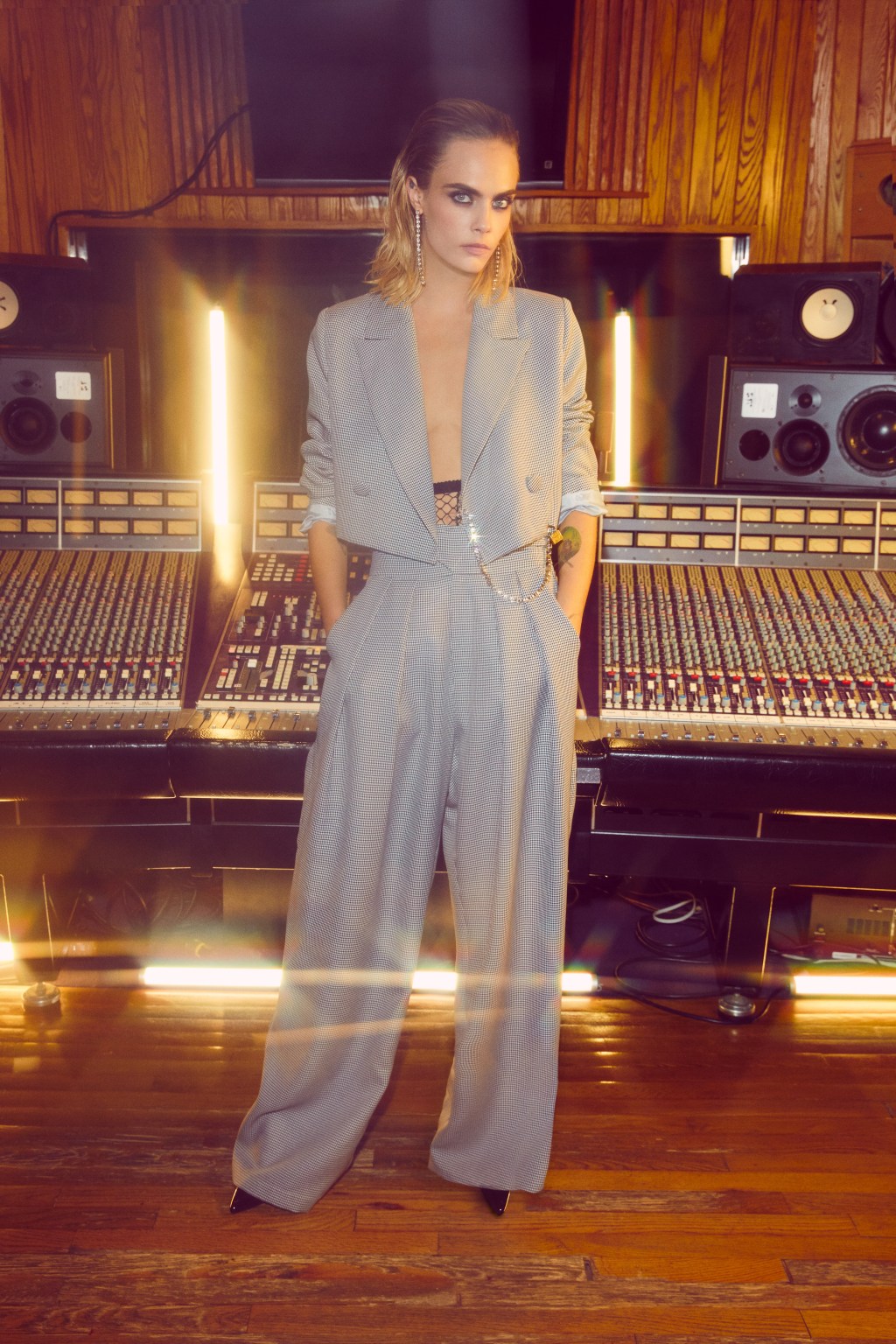 LONDON: If a rushed mini was the choice staple of Emily Ratajkowski’s recent collaboration with apparel giant Nasty Gal, then Cara Delevingne’s is a leopard print coat. Harping back to the beguiling silhouettes of female rock icons, the British model launched her holiday collection with the brand tonight in London, Nasty Gal Ft. Cara Delevingne. As her followers were on a hair-trigger outside Soho’s The Box – the capitalists’ most raucous and decadent night venue – saucy acrobats were suspended from the ceiling to herald the muse’s arrival.

Like Ratakowski, Delevingne’s name has become synonymous with a renegade style and unapologetically trailblazing persona. Just like the term “Nasty Woman” now takes on new meaning in the political sphere, Delevingne reflects the spirit of what it means to stand up for yourself, your rights and your freedoms. A couple of famous women who also shared these viewpoints growing up were musicians Cher, Stevie Nicks, Patti Smith and Joan Jett, all of whom the collection was inspired by, so much so, the campaign with Delevingne was shot inside Electric Lady Studios, the world-renowned recording studio founded by Jimi Hendrix.

“I couldn’t be more thrilled to star in Nasty Gal’s holiday campaign,” Delevingne chortled to the crowd. “I’ve followed the brand for years and am inspired by their approach to fashion – always rebellious and ever-evolving. I love to work with brands that push the envelope on style, and this collection does just that.”

Bopping through the neon-soaked burlesque bar with girlfriend Ashley Benson and through a press crowd who were strictly told not to use their phones, the 27-year-old model wore an oversized black and white-checked ensemble; wide trousers and a cropped blazer – because who would Nasty Gal be without multiple crop selections? Sequins, fishnets, fringing and vegan-leather blazers (worn with no pants) pay homage to Cher’s “If I Could Turn Back Time” era while distressed denim accented with animal prints speak to the 70s and a time where Elton John roamed restaurants with Bernie Taupin and some fancy sunglasses. There is a notable silver embellished mini as well, the surefire sell-out of the range. 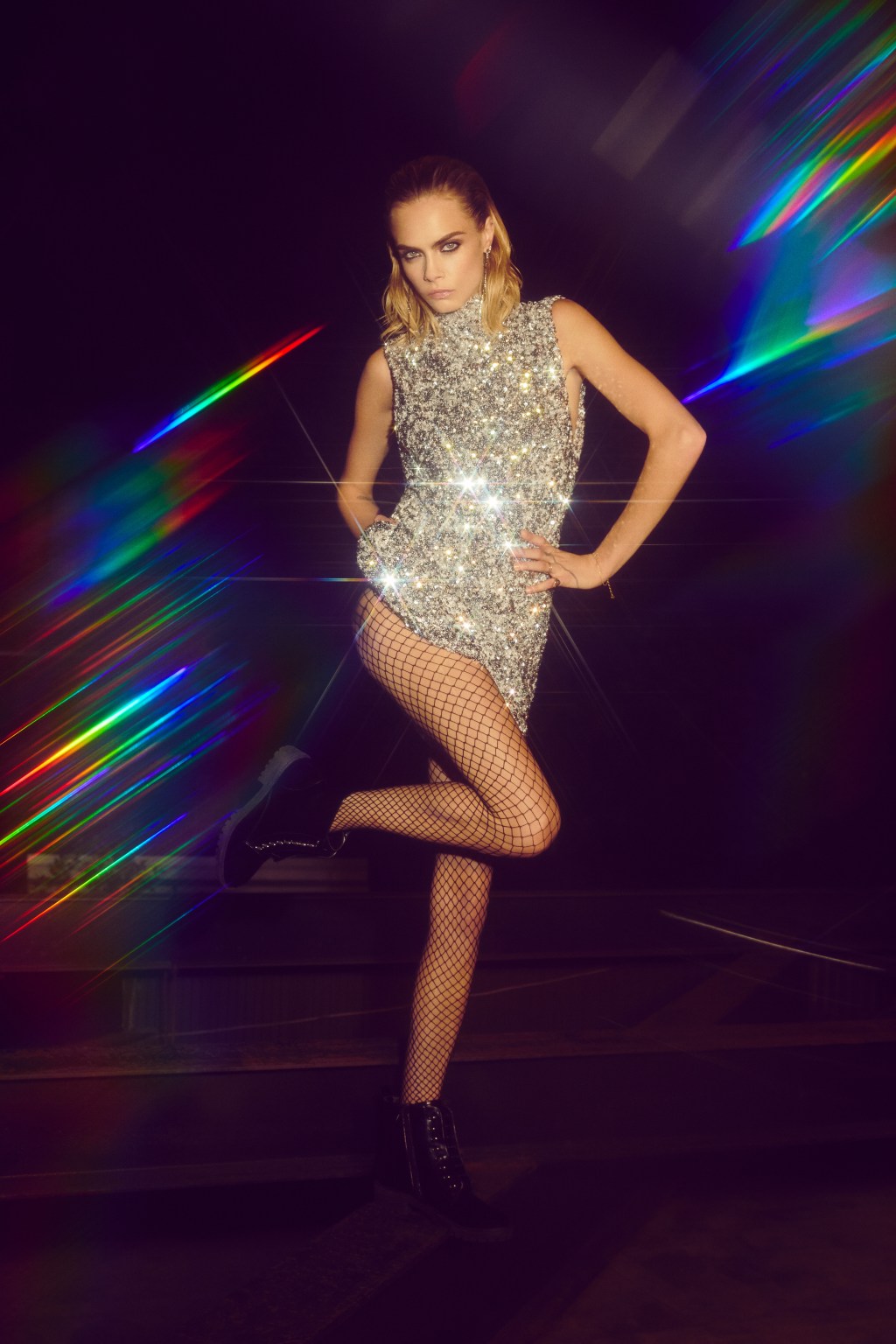 With 43 million followers, Delevingne has posted awareness on Jane Fonda’s arrest and Greta Thunberg’s emotional plea to the UN in the last couple of weeks alone to a huge reaction. Yes, if the Delevingne-effect does for Nasty Gal what it does for young women every day, we’ll all be wearing this collection next week. Which will be your staple?