"I love her. It would be safe to say I love her more than Flynn's dad"

It’s always nice to see women uplifting and crediting one another, in this case, Miranda Kerr praising Katy Perry on her role in co-parenting the child she shares with ex-husband Orlando Bloom. Bloom and Kerr share a 10-year-old son named Flynn (full name Flynn Christopher Blanchard Copeland Bloom) born during Bloom and Kerr’s marriage, which lasted from 2010 to 2013.

This heartwarming moment came from a segment on Kerr’s Moments podcast, which she shares with basketball player and presenter Candace Parker. Kerr reflected on the idea that when the parents in a relationship are unhappy, it can affect the children the couple shares, and it’s often healthier for the children to have two, happy separated parents then unhappy parents who are still together.

Kerr went on to explain that she and Bloom tried hard to make the relationship work, but ultimately the separation ended up being best for everyone involved.

‘We actually did that in a really healthy way and we’re friends now because we were able to communicate that the most important thing was Flynn,” Kerr said. “We’re not talking about our needs, our hurt, we’re talking about Flynn and if this is the best thing for him. We make choices based on that still to this day.”

She then recalls an anecdote of when Perry and Bloom first started dating and Bloom invited her to his house, where Perry and Kerr hit it off.

Bloom and Perry have been dating since 2016 and got engaged in 2019 as they recently welcomed their first daughter, Daisy, into their family.

“We go on holidays together, we celebrate all the important milestones. I mean I love her. It would be safe to say I love her more than Flynn’s dad,” Kerr said. “[Perry] helps me deal with him because she can deal with him and I’m so grateful that she’s there because it just takes the pressure off me.” 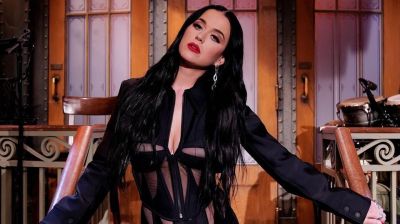 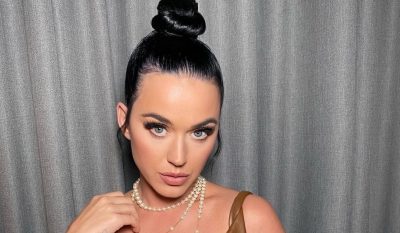 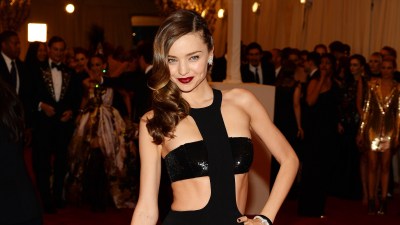