Prince Harry and Meghan Markle have kept a relatively low profile since exiting the royal family and relocating to Los Angeles. While they’ve been busy engaging with charitable initiatives and signing mega-deals with the likes of Netflix and Spotify (the latter will include an impending podcast series), their public outings have been few and far between. There were blurry shots of the couple enjoying dinner with music producer David Foster and his wife, Katharine McPhee, and a public appearance commemorating the UK’s Remembrance Day, which they were unable to attend because of travel restrictions related to COVID.

Now, they’ve stepped out in Beverly Hills, looking unseasonably rugged-up for the warm Los Angeles weather. In the images, Meghan wears her signature skinny leg jeans, knee-high boots, a black sweater, and a fur-lined coat by J. Crew. The aforementioned J. Crew coat is from the brand’s current collection, a surprisingly affordable choice for a royal. The ‘Chateau’ parka retails for $375, and is available in nine shades, including the ‘Heather Dark Walnut’ worn by Markle. Given the ubiquitous ‘Meghan Effect’, almost all sizes and colours of the style have already sold out, but if you’re interested you can try your luck here.

Harry and Meghan would likely have flown with their son, Archie, to spend Christmas in the United Kingdom with the rest of the royal family this year, if it weren’t for the complications created by the coronavirus. Instead, the family of three will spend the holiday season at their home in Montecito, and will be keeping in touch with their British relatives over FaceTime.

“The family is planning Zoom calls and games online because they can’t all spend Christmas at Sandringham together like they normally do,” a royal source told Entertainment Tonight, explaining that The Queen and Prince Philip will be staying at Windsor Castle, while the Cambridges will likely be at Kensington Palace. The feeling throughout the year has been that ‘Megxit’ left relations between the Sussexes and the rest of the royal family frosty—but the source suggests relations have greatly improved in the last few months. “Everyone is on better terms and have been for quite some time. The relationship has improved and COVID has brought everyone closer together,” said the source. “Harry was very concerned for his brother and father when they both contracted the disease. While there have been disagreements, like there are in every family, the brotherly bond remains intact despite tabloid reports.”

For now, we’ll be patiently awaiting a Meghan/Harry/Archie Christmas card. 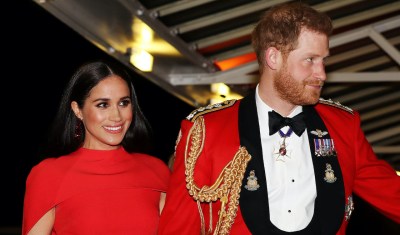 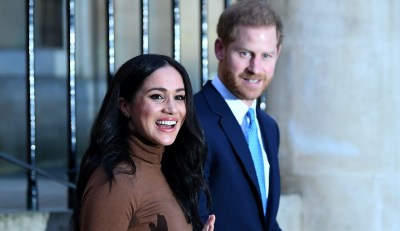 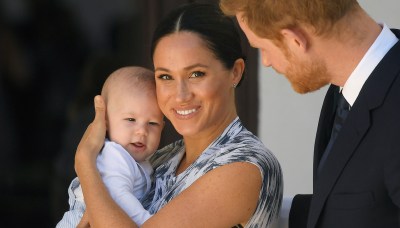