Meghan Markle and Prince Harry’s sudden departure from the royal family and subsequent move to Los Angeles felt rushed for a myriad of reasons: the announcement on Instagram, the move to Canada, and the drama over the Sussex Royal branding that resulted in the couple shutting down their hugely popular Instagram account and just-launched website.

At the time, Harry and Meghan revealed their plans to start their own charity organisation which they said they were calling ‘Archewell.’ However, when COVID broke out across the world, the couple opted to delay its launch for the foreseeable future.

Now, seven months on, it looks like plans are finally moving ahead. On Thursday, the website archewell.com went live with just a landing page up defining the organisation’s name and offering a signup for email updates.

In true Meghan of The Tig fashion, the website looks minimal and aesthetically-pleasing, just like the couple’s Diptique candle-filled Montecito home. 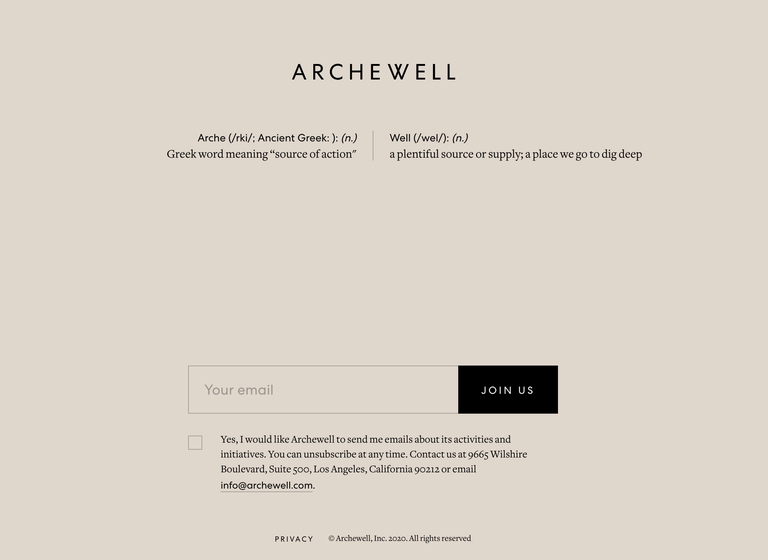 No Instagram or Twitter presence has popped up yet, but given how much the pair used the ‘gram last year, we’d say they’re only days away.