Backstage at We Are Kindred Resort 2018
Credit: Getty Images

In a scene that mirrored pretty Harper Beckham perched on her father’s knee for mother Victoria’s New York Fashion Week show a few years back, a tiny Luella Foy nearly stole the show at the We Are Kindred.

Sitting on father Andy’s lap in a prime spot in the brand’s MBFWA front row, the doll-like daughter of former Madison magazine editor-turned designer Lizzie Renkert, who founded Kindred with her fashion executive sister Georgie several years back, drew coos from the serious fashion crowd seated opposite her.

Still, given the brand’s moniker it should come as little surprise the show would be a family affair. (For the record, the designers’ proud parents were there to show their support for the event, which drew a full house A-list crowd.)

What followed on the runway was a grown-up continuation of last year’s well-received whimsical Resort collection, called Floridata, which was set before a giant wooden door meant as a nod to the sultry Cuban theme. Much was expected of the label, which since last year’s show has been snapped up by international retailers like Shopbop, Moda Operandi, Free People and Montaigne Market in Paris and St Barts. Delivered, it did.

The clothes themselves were a more precise version of We Are Kindred’s signature polished bohemian looks of seasons past. Flowing chiffon dresses with whimsical frills and long sleeves billowed behind models clad in retro platforms.

High waisted palazzo pants were a canvas for one of the brand’s bespoke giant pink peony prints, while a sleeveless embroidered coat looked like it had been stolen from the Palace of Versailles vaults and customised for a modern woman. Intricate detailing added a luxe touch to otherwise easy-wear pieces, like a simple mini dress with balloon-like purple chiffon sleeves.

In all, it was a touch of fanciful feminine whimsy that clashed with the stark concrete setting and serious business of Fashion Week. Which is exactly the urban fantasy Georgie and Lizzie no doubt wanted to channel. What little girl wouldn’t be swept away in the magic of that?

View the full We Are Kindred Resort 2018 collection here. Lizzie and mother-to-be Georgie wave to their FROW kindred after the Resort 2018 show
Credit: all photography Getty Images 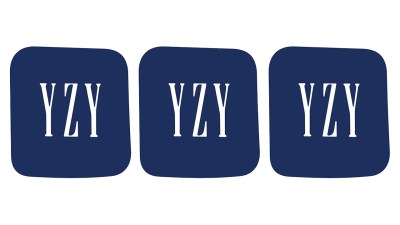 Yeezy x Gap Is Coming, As Kanye West Inks A New Deal With The Retail Giant 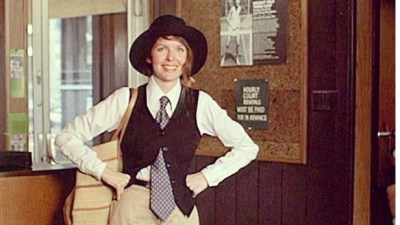 And Now A Lesson In Style From Diane Keaton

Designers, Buyers And Bastions Of The Industry Reflect On 25 Incredible Years Of MBFWA
Next page