The house that Matches built

With a new bricks-and-mortar retail space, Matches Fashion opens its doors on a haven of incredible design – outside of the wardrobe, that is 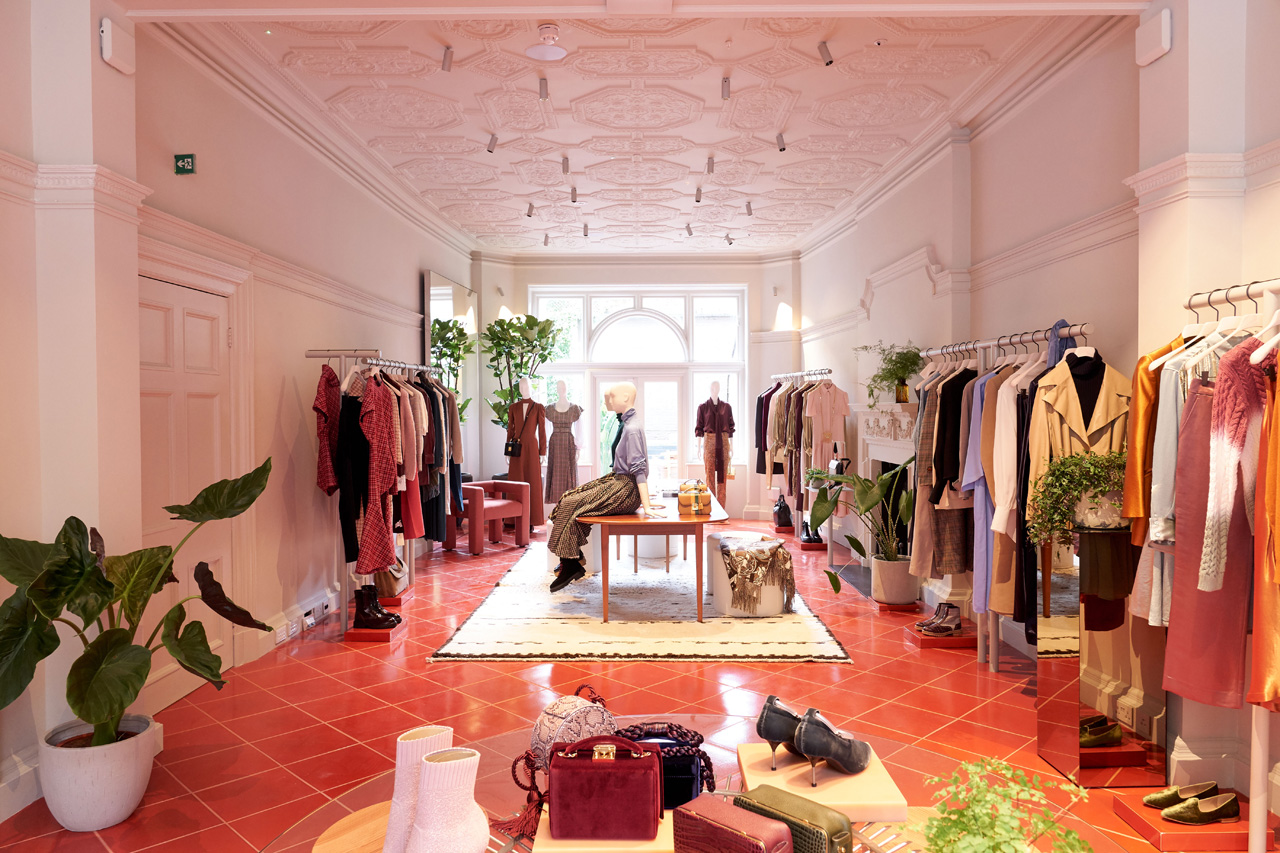 Of 5 Carlos Place, the retailer MATCHESFASHION required a flexible space that provides function for retail, events and private shopping alike 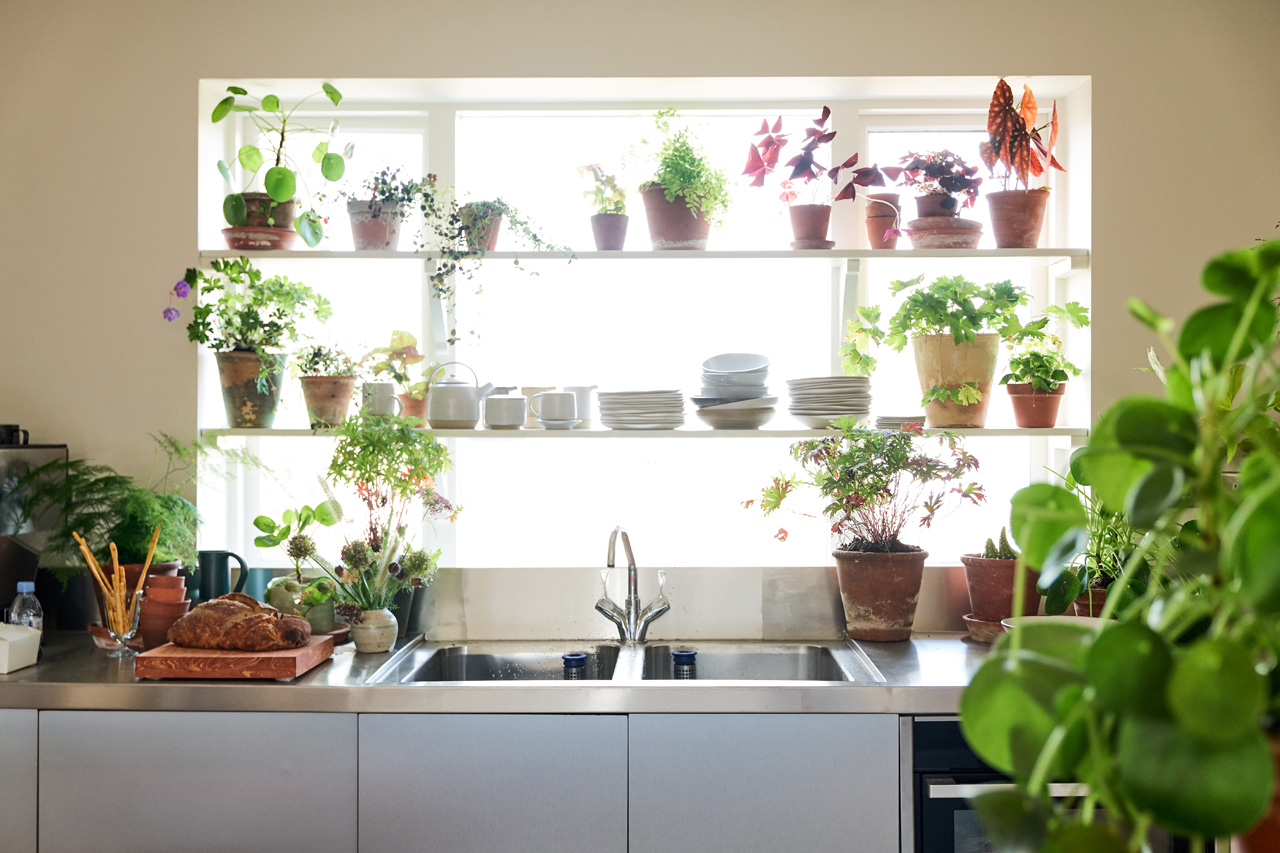 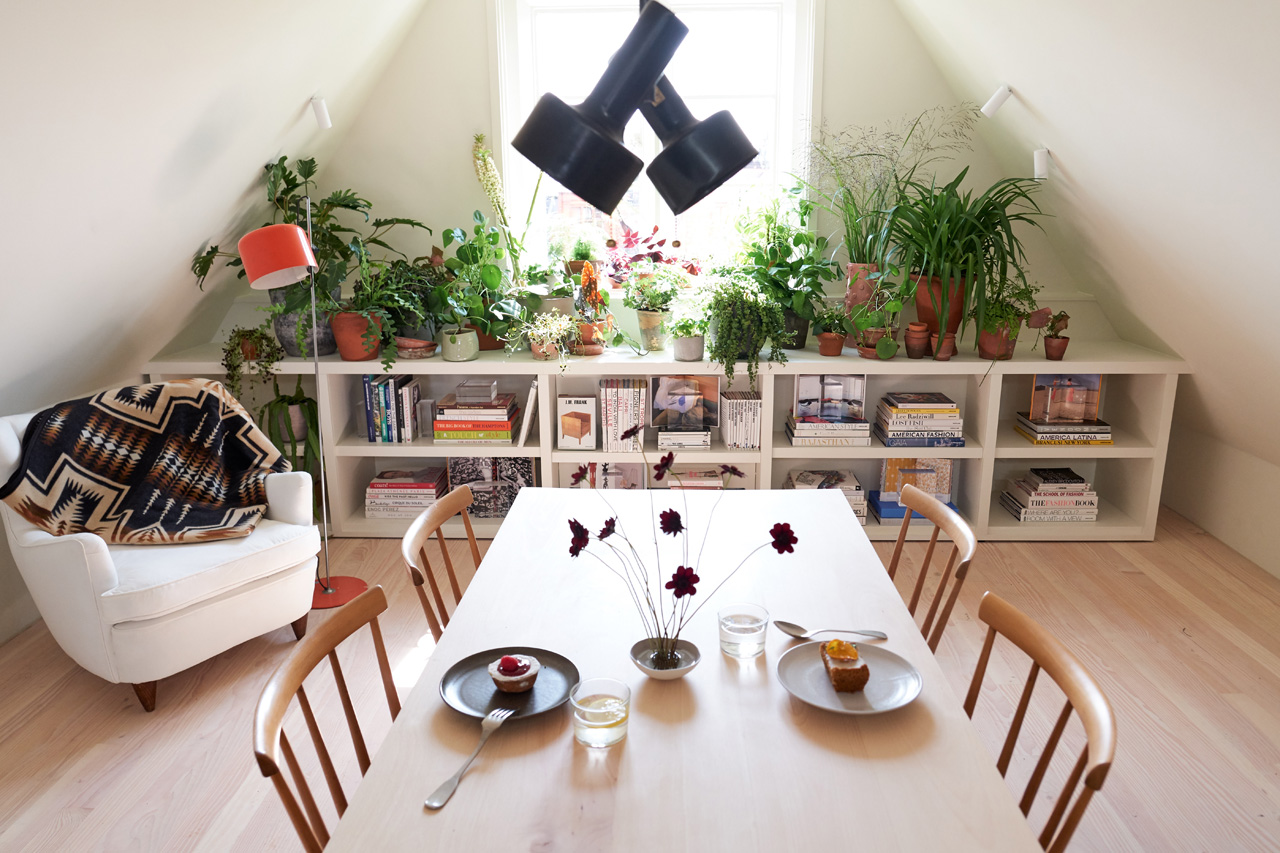 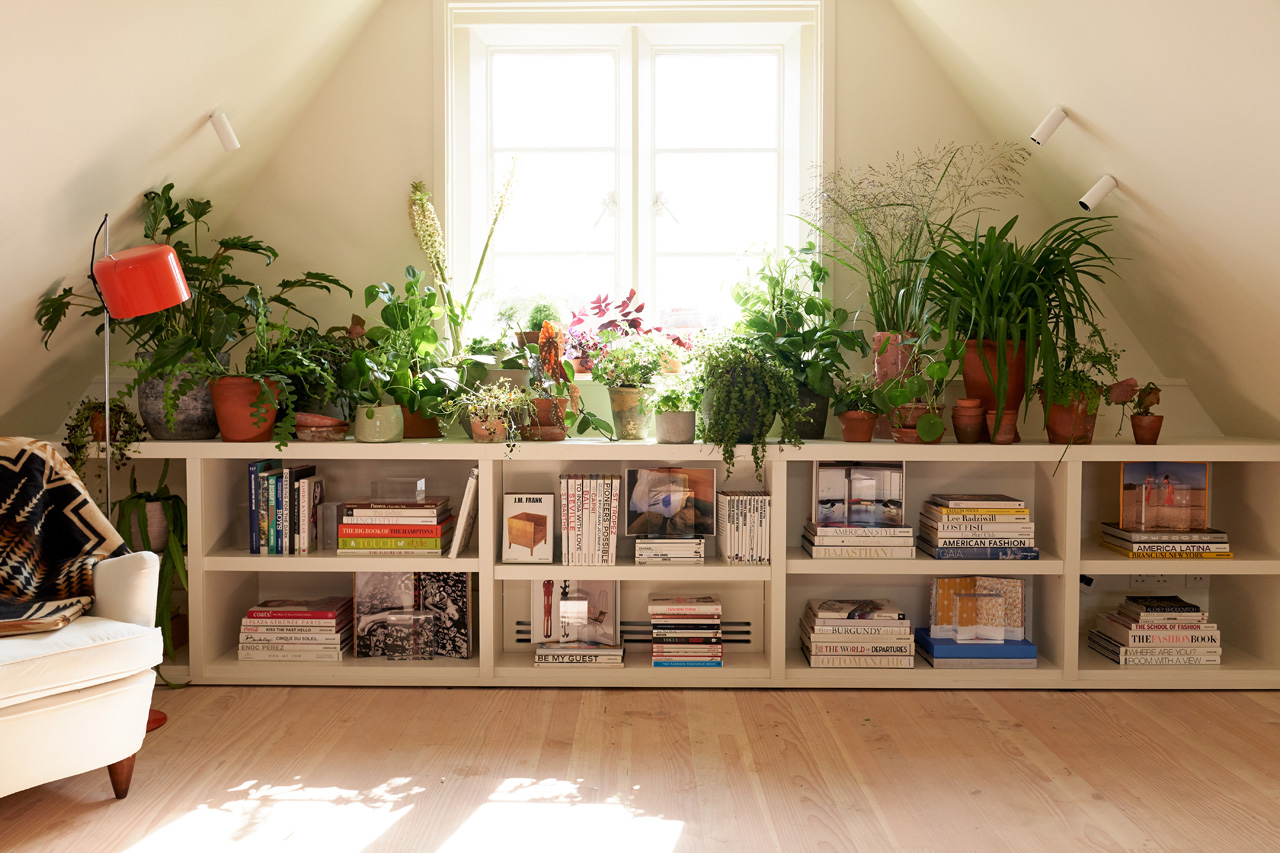 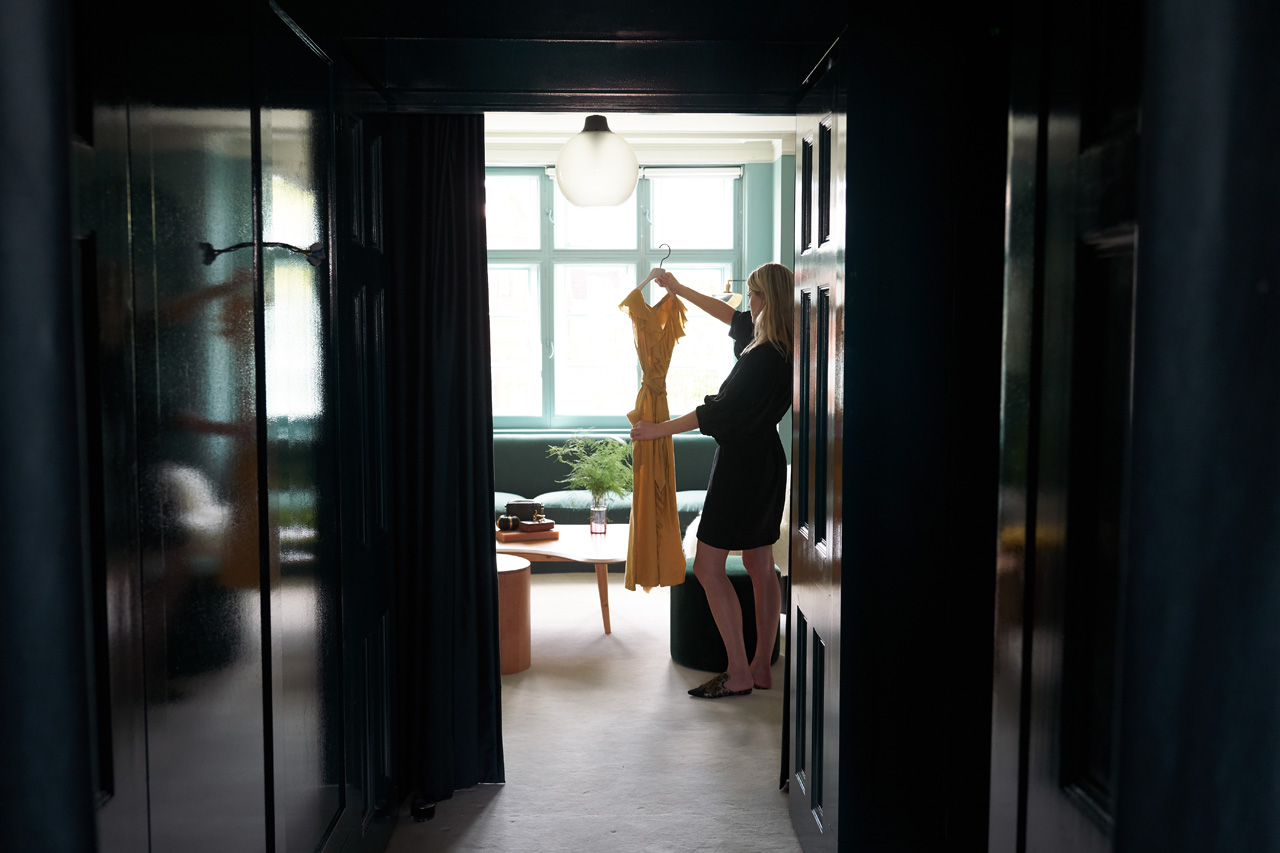 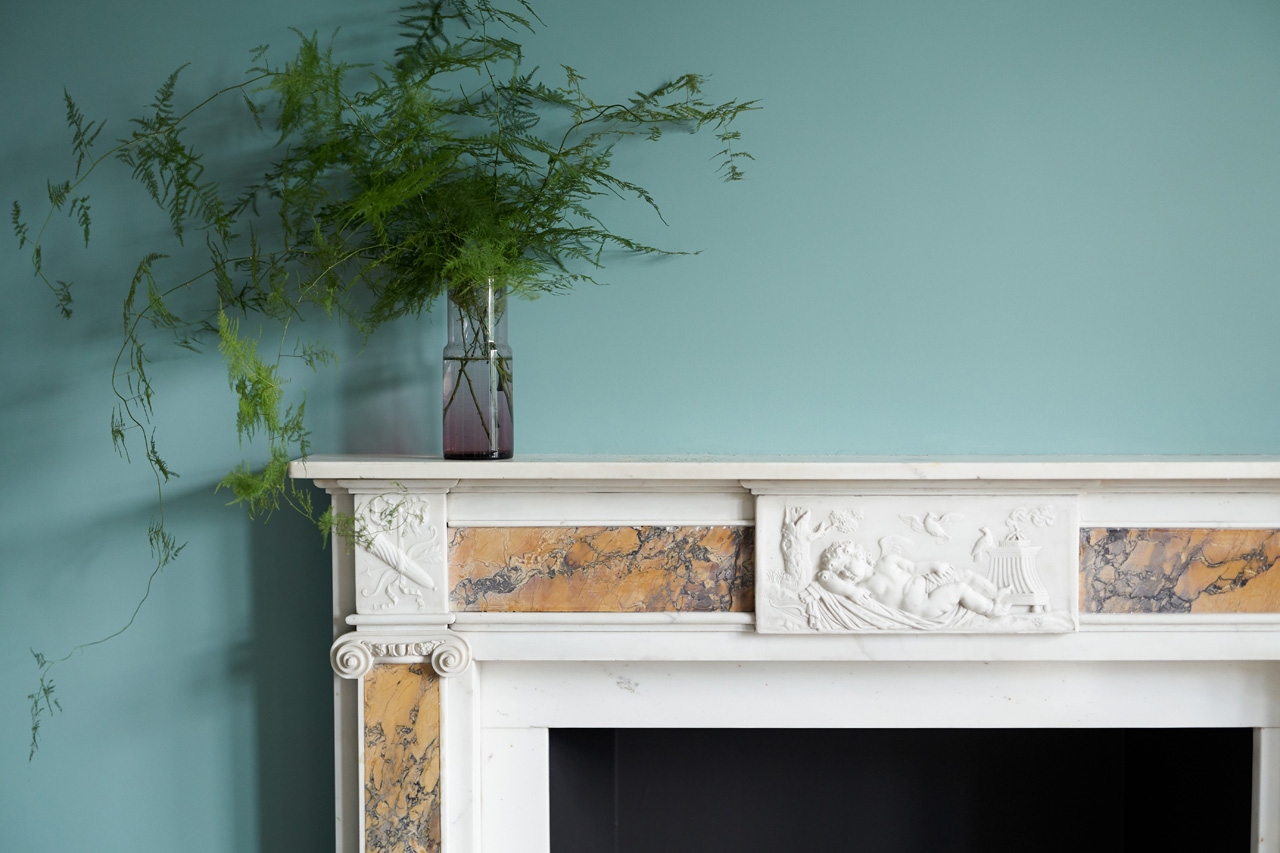 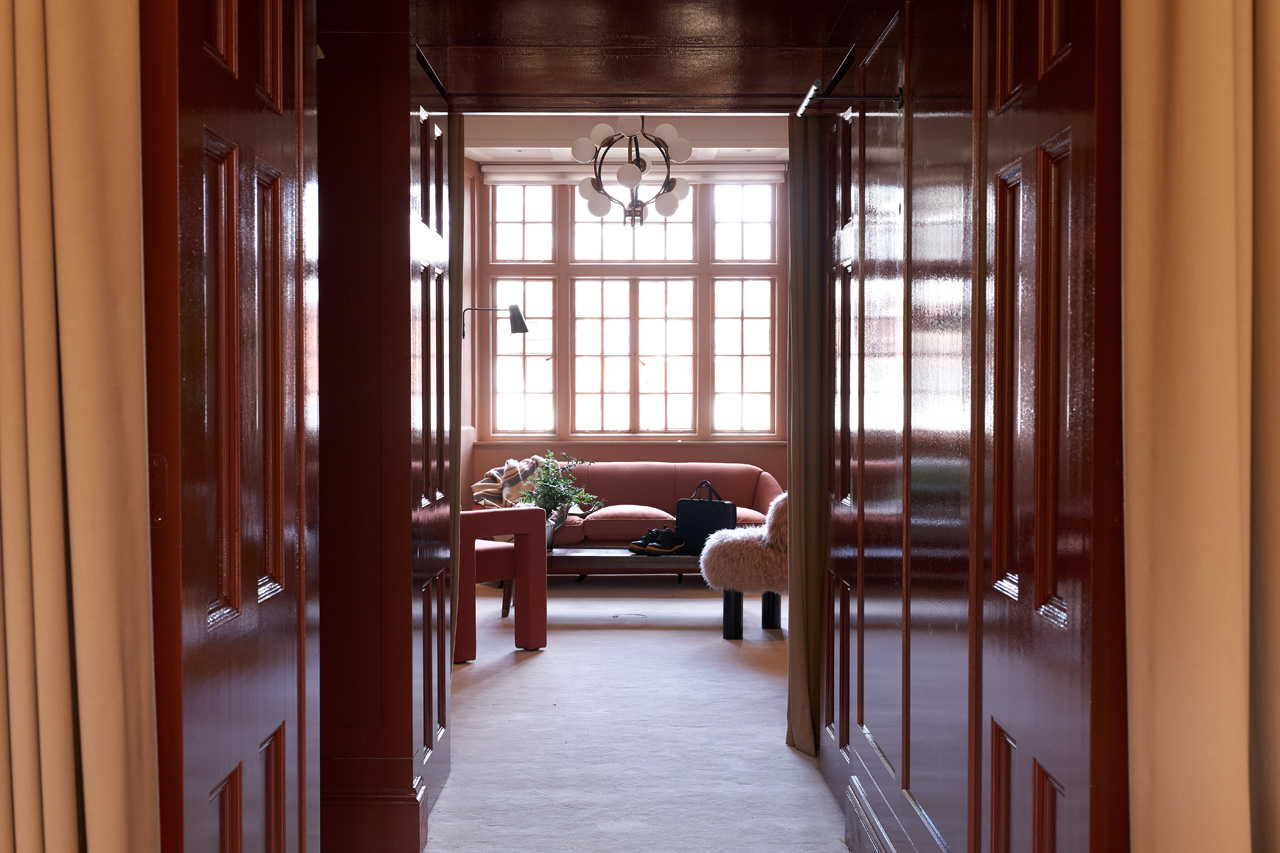 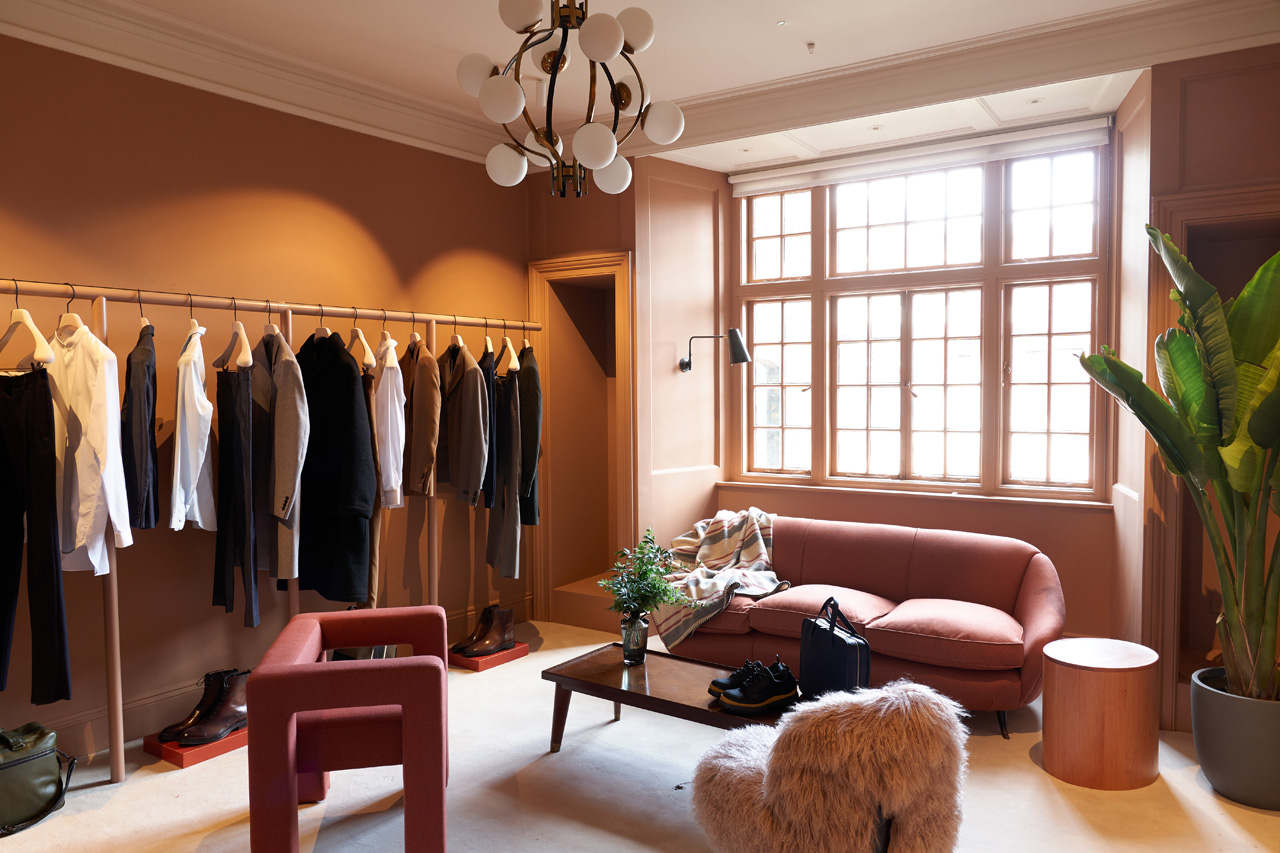 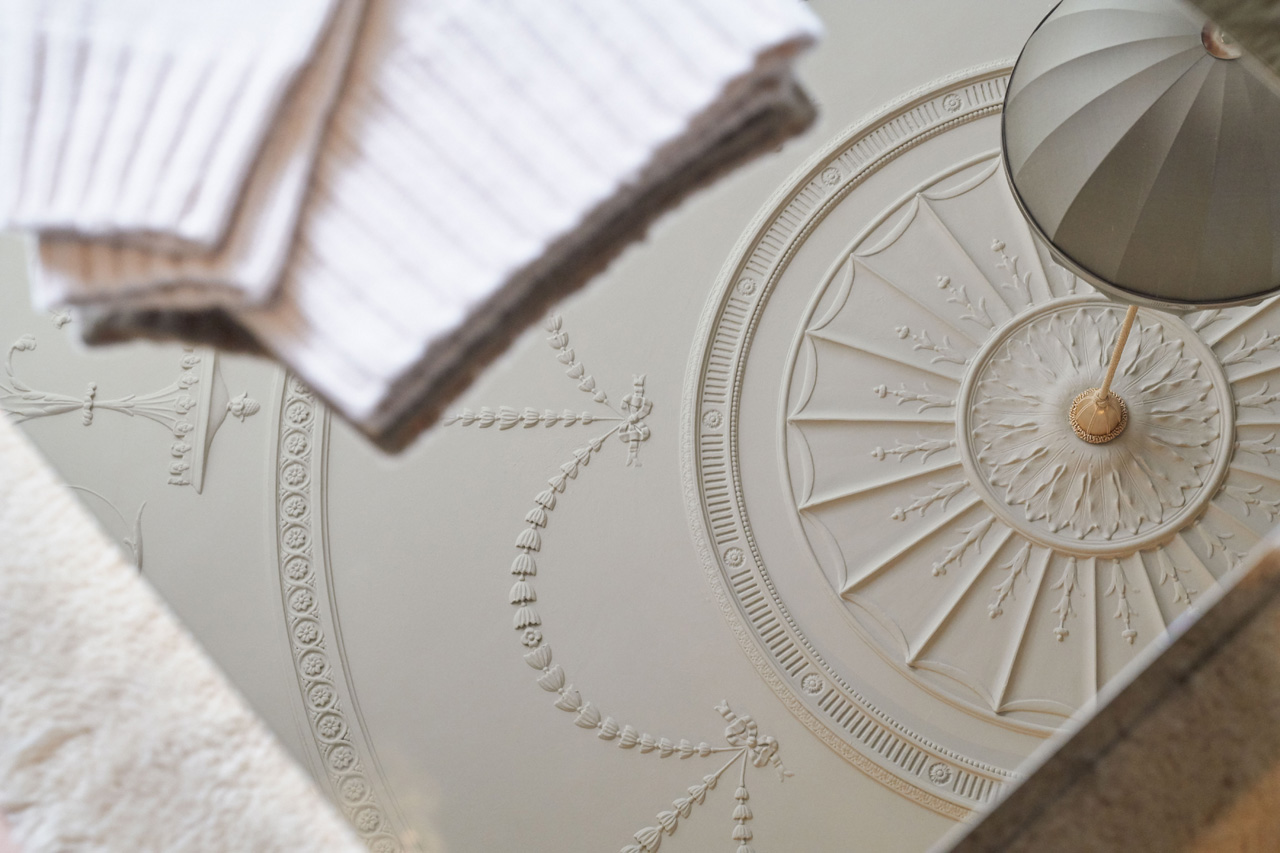 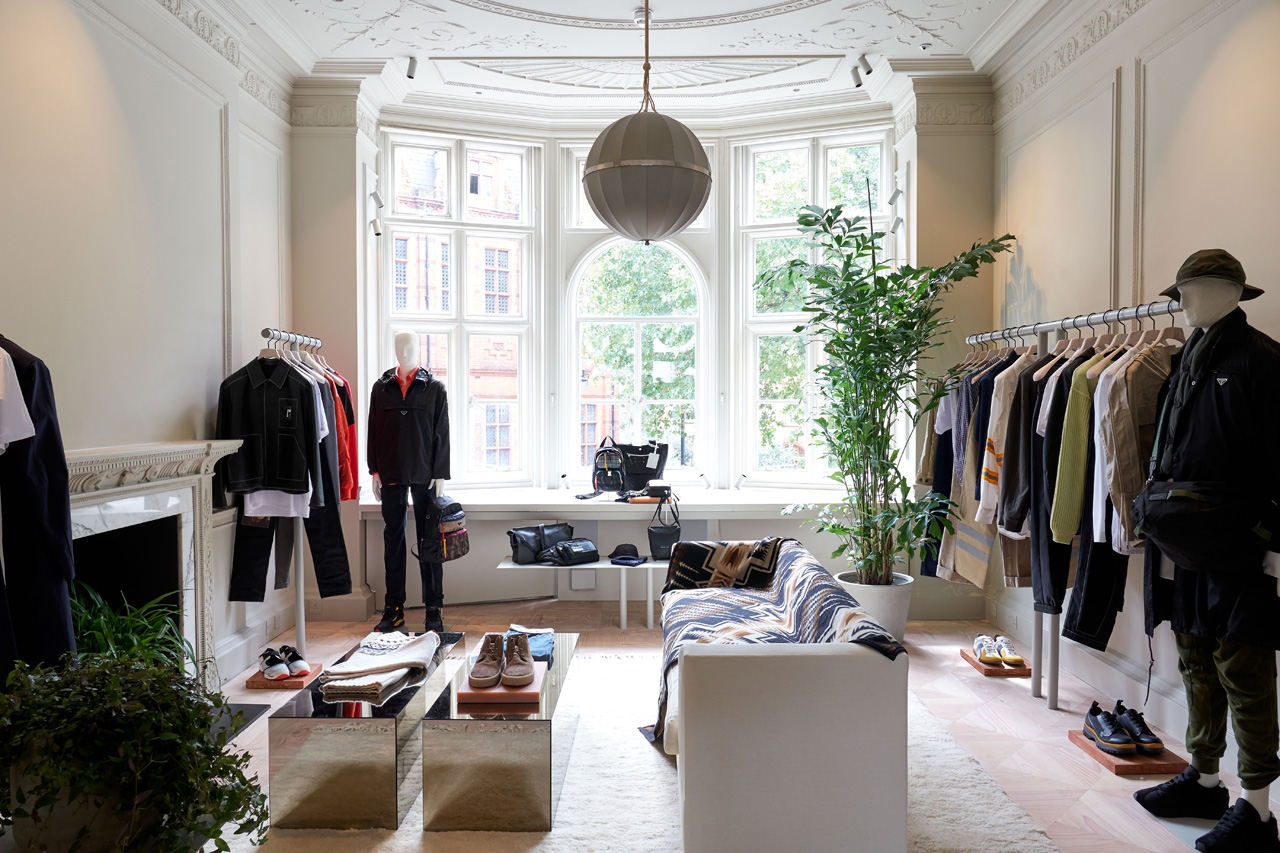 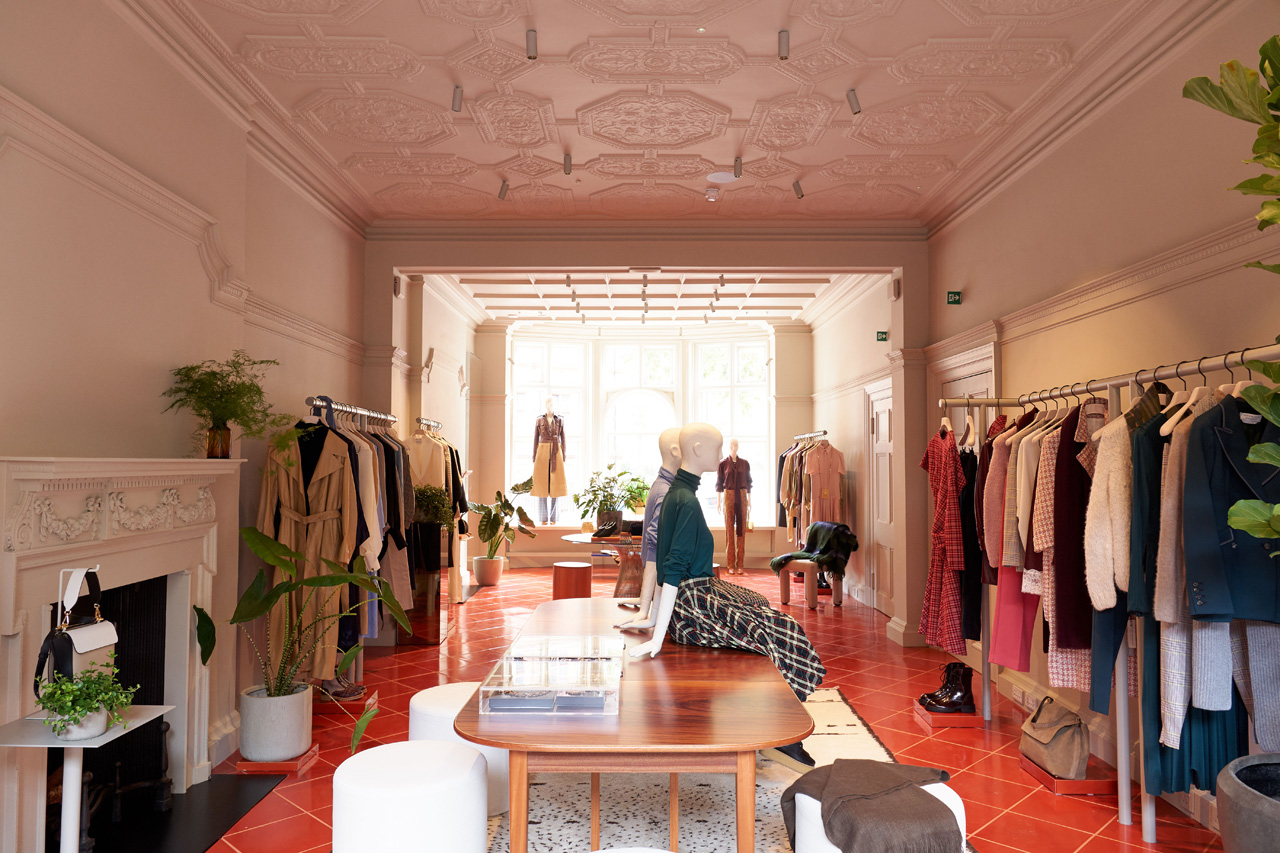 When MATCHESFASHION.com introduced a homewares studio earlier this year, it came as no surprise that their impeccably curated product offering would rival that of their ready-to-wear proposition in matters of both style and substance. Now, a new bricks-and-mortar retail concept, 5 Carlos Place, opened earlier this month, sees the retailer double down on its design ambitions for the world outside your wardrobe in the form of a 7,000 square foot, five-storey Mayfair townhouse that combines the facets of traditional retail with an ambitious digital broadcasting program and a dynamic cultural agenda of events.

The eponymous designers behind the London-based studio P.Joseph, the twin brothers Peter and Philip Joseph, were charged with executing a design concept to unite the various elements of the project’s wide-ranging remit – a task that wasn’t without its challenges, they said.

“The building is Grade II listed,” Philip Joseph told GRAZIA of the historic foundations, which were supposedly built at the end of the 19th Century as Houses for Gentlemen. “We are quite rightly required to adhere to strict rules governing its renovation,” he continued. “On the one hand, our approach of wanting to carefully preserve and enhance the historic fabric of the building and reinstate it as a London townhouse worked in our favour. However, the demands of a flexible space that functions for retail, events, private shopping as well with all the necessary 21st Century services [and] cutting edge technology was challenging to integrate in a discreet and sensitive way.”

Owing to the site’s history as a townhouse, the designers said they wanted to invoke the sensation of stepping into “the home of a chic, worldly couple,” rather than a traditional retail space. It’s fitting, too, though perhaps less known, that MATCHESFASHION.com began with a single shop in Wimbledon 30 years ago. To ensure those disparate influences felt authentic and the transactional components recessed into the background, Joseph says they “constructed [the couples’] lives so every decision from the materials to paint colours to artwork to decorative objects was chosen through their eyes… The focus is shifted and the space feels less transactional, more experiential [and] curated.”

The resulting space is a transformative one that owes as much to its historical legacy as its imagined present across two floors of retail space including a courtyard garden, two floors of private shopping suites, an attic featuring an open kitchen with a chef’s table, and a broadcasting hub that is intended to amplify events globally through the retailer’s various digital platforms. Original features of the building speak to an eclectic mix of revival styles typical of the period of its construction, while also responding the whims of its former tenants over the intervening years. Joseph cites the Robert Adam style decorative plaster ceilings on the first floor as being amongst their favourite of those historical details.

“We chose to paint everything in together in a chalky Portland stone colour which creates a more coherent whole,” Joseph said. “Against this ceiling we hung a pendant designed in 1908 by Josef Hoffman [which is] out of production but [was] made for us in Vienna. I love how the zeppelin-like shape mirrors the fluted pattern on the ceiling. Look up! [It’s a] small but satisfying detail!”

The attic tables were designed in 1917 by the architect Gerritt Reitveld and were made for the space using a book of drawings illustrating how to self-build Reitveld furniture. Throughout the space, the designers have employed lights made by an historic Viennese craftsman who manufactures the original designs of Hoffman, Adolf Loos – a ‘Woka’ wall light designed by Loos and featured in the lobby is the same that lights up Harry’s Bar in Venice – and other designers the architects so greatly admire, many of which are out of production today.

Other curatorial highlights include a Josef Frank-designed dining table manufactured in Stockholm; a curvy Bentwood chair in the ‘Yellow Room’ is a Gerald Summers plywood chair; and a first-floor sofa is also an exact copy of one found in the photographer Cecil Beaton’s studio. Joseph says that it was made by the English furniture maker Soane, and that they have had it upholstered in a marbled jacquard that was woven specially for the project by Rare Thread, a micro mill and textile design studio in North London.

“We loved the idea of using original British designed pieces,” Joseph said of their eclectic selection of rare vintage furniture. “Designed in 1934 [the Summers chair] was remade in Italy in 1998. There are only 120 original 30s chairs in existence.” Also British-made and featured at 5 Carlos Place is the Cloud Table coffee table by Neil Morris in Glasgow in 1947 and the classic Ercol kitchen chairs in the attic space.

It’s in that space that many of the events on 5 Carlos Place’s cultural calendar will take place, though events are also scheduled to take place across all floors every day of the year. Forty-three events are slated for the first two months alone, including an opening installation contributed by Prada; signings from the photographer Mario Sorrenti; a supper club with the London-based Australian chef Skye Gyngell; and a collaboration with the cerebral designer Grace Wales Bonner that will combine music, movement and art. A podcast and video series will supplement the live events for those unable to register their attendance.

“The challenge was to ensure each setting feels as great as the next and not flimsy or [like a] pop-up,” the architects said of the role design played in facilitating the many components that make a case for reassessing the function, value proposition and capabilities of the 21st century retail experience. “For example, a dinner for 50 has an elegant extendable Josef Frank dining tables and 50 Mart Stam chrome Bauhaus chairs [so it doesn’t feel] like an ‘event’ but [instead is] like being hosted in someone’s beautiful house. Capturing the happenings of the house and broadcasting them to the world was enabled through careful discreet integration of technology throughout and a tucked-away tech nerve centre in the Attic, where the magic happens!”

Much like the experience of browsing the MATCHESFASHION.com offering, the idea with 5 Carlos Place was that the technology underlying the operation feel incidental and discreet, “enabling the experience rather than the experience, if that makes sense”, Joseph adds. “No unnecessarily gimmicky tech features, just solid tech backup to enable a seamless and great experience.”