Lizzo Appears To Respond After Kanye West Comments On Her Weight

One more time for the people in the back

During Kanye West’s interview on Tucker Carlson Tonight, the rapper covered many topics, spanning from slamming the Kardashians (expected) to how he feels about — *checks notes* – Lizzo’s weight (unexpected… unnecessary, even!)

Following the interview airing, West continued his social media tirade, eventually getting himself banned from Instagram for anti-sematic comments that simultaneously prompted the likes of John Legend, Jack Antonoff and Jamie Lee Curtis to speak out against him. Now, Lizzo has seemingly responded, too.

During her recent concert at Scotiabank Arena in Toronto, the singer shared how she feels about celebrities — without naming names — bringing her up unprompted.

“I feel like everybody in America got my motherkf*cking name in their motherf*cking mouth for no motherf*cking reason,” Lizzo says on stage in the video shared by TMZ.

“I’m minding my fat, Black beautiful business,” she continued, before asking concert-goers if she could relocate to Canada, instead of having to return to America. “Can I stay here? Who can I marry for that dual citizenship?” she joked.

In his initial comments, West said, “When Lizzo loses 10 pounds and announces it, the bots… on Instagram, they attack her for losing weight, because the media wants to put out a perception that being overweight is the new goal,” he said. ‘When it’s actually unhealthy.” I think I speak for all of us when I say, what she said. 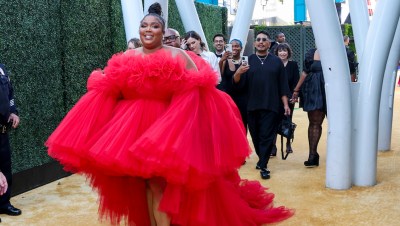 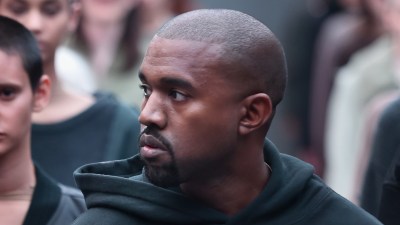 Adidas Has (Finally) Cut Its Ties With Kanye West 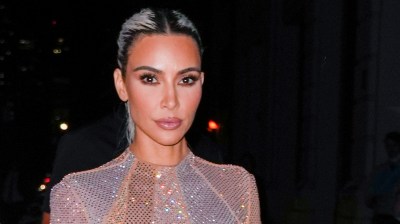 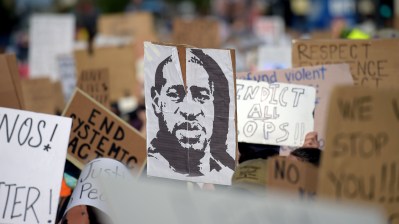 The Family Of George Floyd Is Suing Kanye West
Next page