David Bowie, eat your heart out

Lily Collins’ personal style is a far cry from the polarising ensembles she wore as the titular character in Netflix’s Emily in Paris. Where Emily struggled to edit her Off-White and Chanel-filled wardrobe into cohesive outfits, Collins manages to effortlessly master the balance between making bold statements and exercising restraint. Exhibit A? The glitter-embellished suit she wore for an appearance on The Tonight Show Starring Jimmy Fallon.

The three-piece suit is custom Alexandre Vauthier, and lends itself to the kind of glam rock sensibility embodied by ’70s icons like David Bowie and Debbie Harry. Collins—who appeared on The Tonight Show to discuss the runaway success of Emily in Paris, and its impending second season—channeled that era again with her choice of makeup, a bold, Bowie-esque blue eye and statement red lip.

It should come as no surprise that Collins is inspired by the rock ‘n’ rolls icons of the ’70s and ’80s—her father is one of them. In fact, Lily’s father, the British music icon Phil Collins, was a contemporary of Bowie’s. When the Ziggy Stardust singer died in 2016, Collins paid tribute to him writing: “I find it sobering when people of your era start falling off… He was always interesting. He was always doing something that was not inside the box, always reinventing himself. Everybody seemed to like David. You never knew what to expect and that made him one of a kind.”

Is the resurgence of glam rock an antidote to a year of exceedingly bland wardrobe choices? Perhaps it is. Time to crack open the glitter-hued eye makeup and towering platform boots, no? 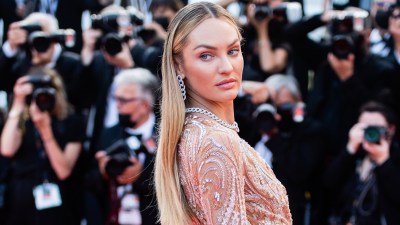 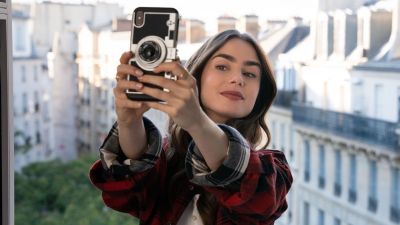 Law Roach Was Just Named Stylist of the Year
Next page