Like the Supers of old, Kendall Jenner channels '90s Versace glamour in the Big Apple

It’s no secret Kendall Jenner has a penchant for nostalgic dressing. Along with her model clique (Bella and Gigi Hadid, Em Rata, et al.), Jenner recalls all kinds of neo-nostaglia, namely from one era: the ’90s. There’s been thong heels in Mykonos, bread-y baguette bags in Manhattan, cropped cardigans in West Hollywood, in January she even wore a vintage Jean Paul Gaultier top from the era featuring a printed Venus de Milo which did the rounds amongst her sisters. And over the weekend, she reopened the vault of ’90s fashion with a scarf-printed Versace slip dress trimmed with hot pink lace. 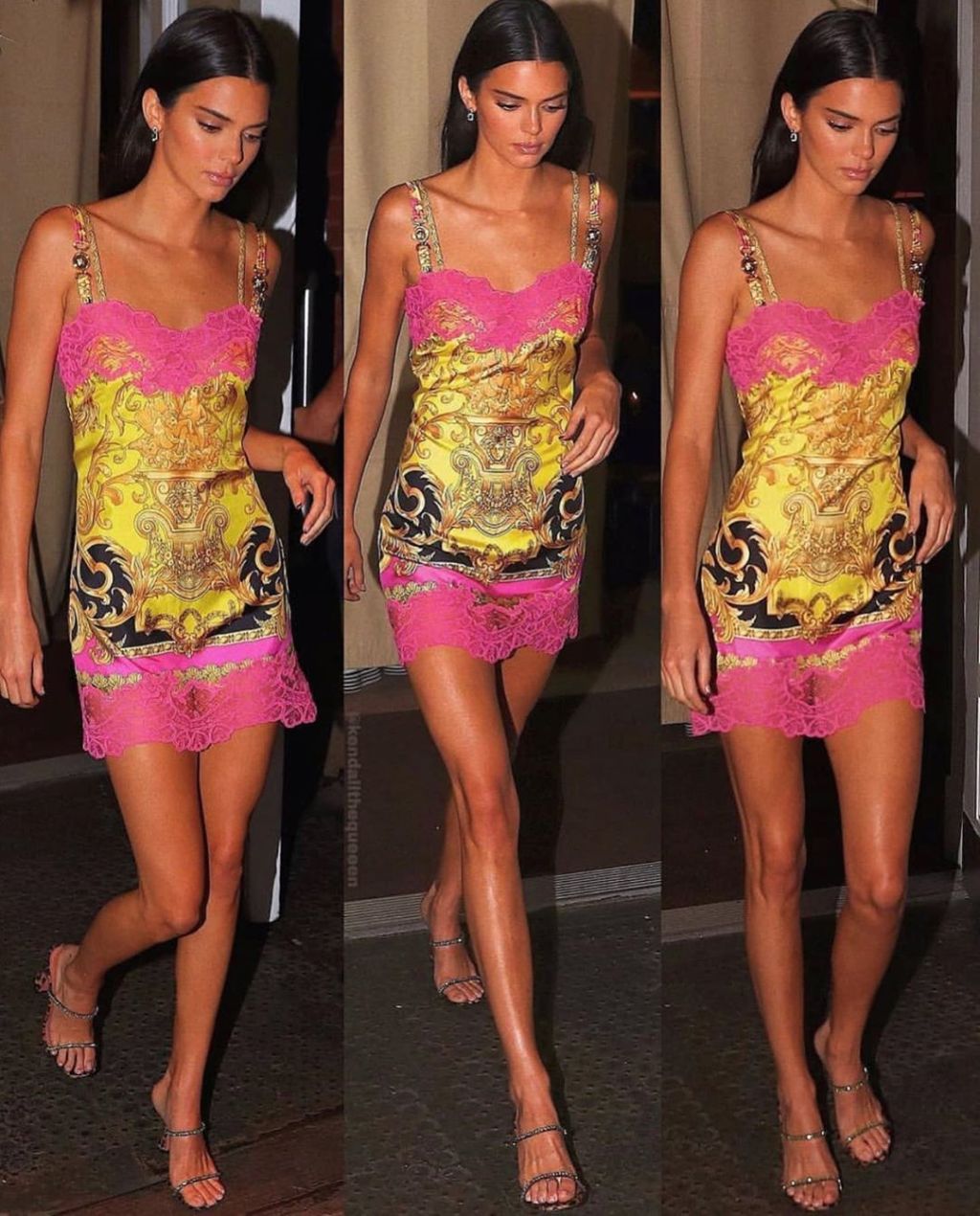 Despite looking like vintage, the baroque micro mini was in fact not from Gianni’s bombshell archives, rather, Donatella’s new era Versace, a dress that appeared in the most recent Fall 2019 runway. But of course, being Kendall Jenner means you don’t simply wear pieces off the runway, you have them refashioned and remoulded to fit your body and tastes. The slip dress was a bespoke take on Donatella’s Fall offering, which recalled the iconic scarf-prints seen on the greats – Cindy, Claudia, Naomi, Linda. 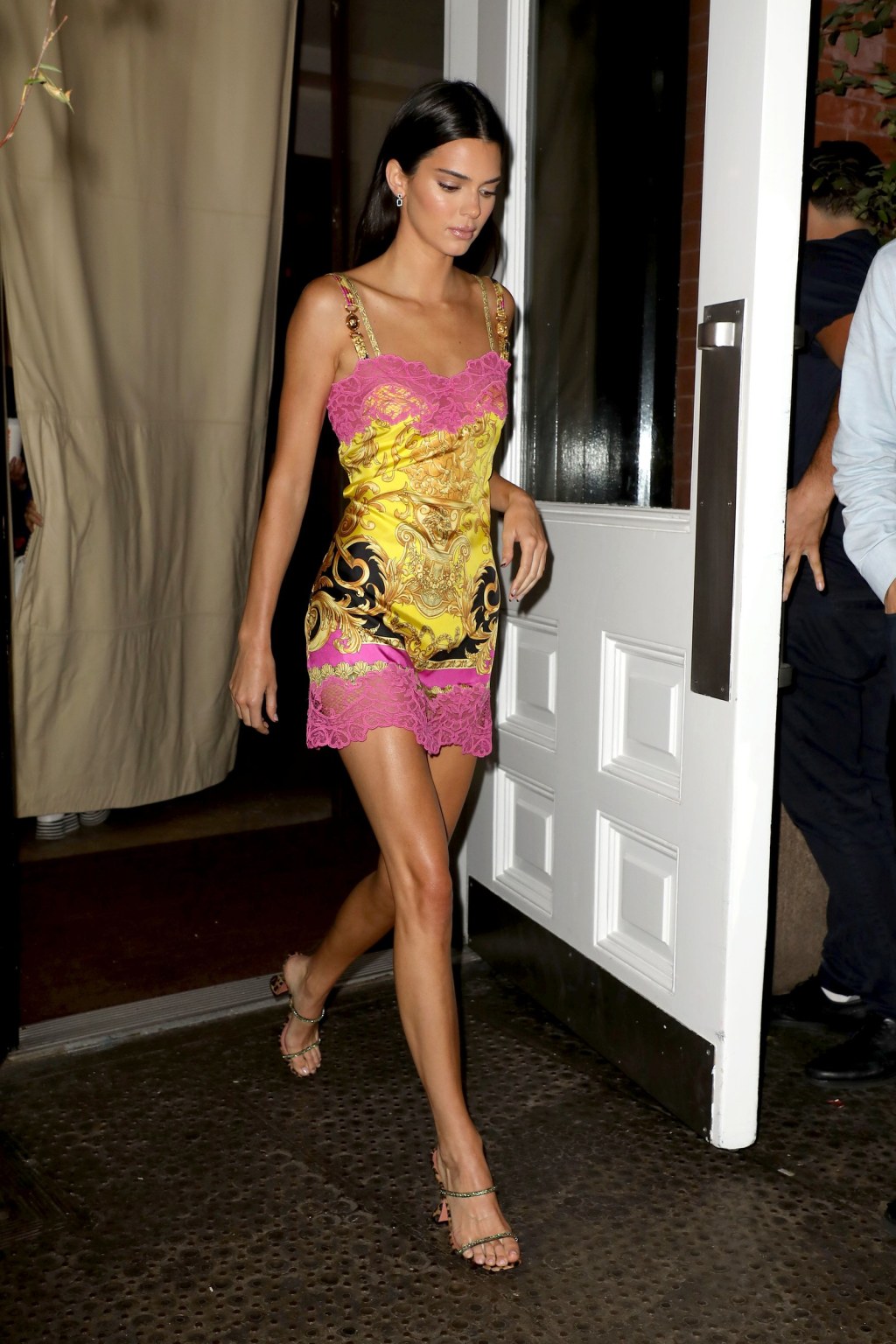 And to top off the vampy moment; a pair of rhinestone-crusted, leopard heels by the queen of the kick heel, Amina Muaddi. Dabble in a dose of ’90s va-va-voom with these Versace pieces below. 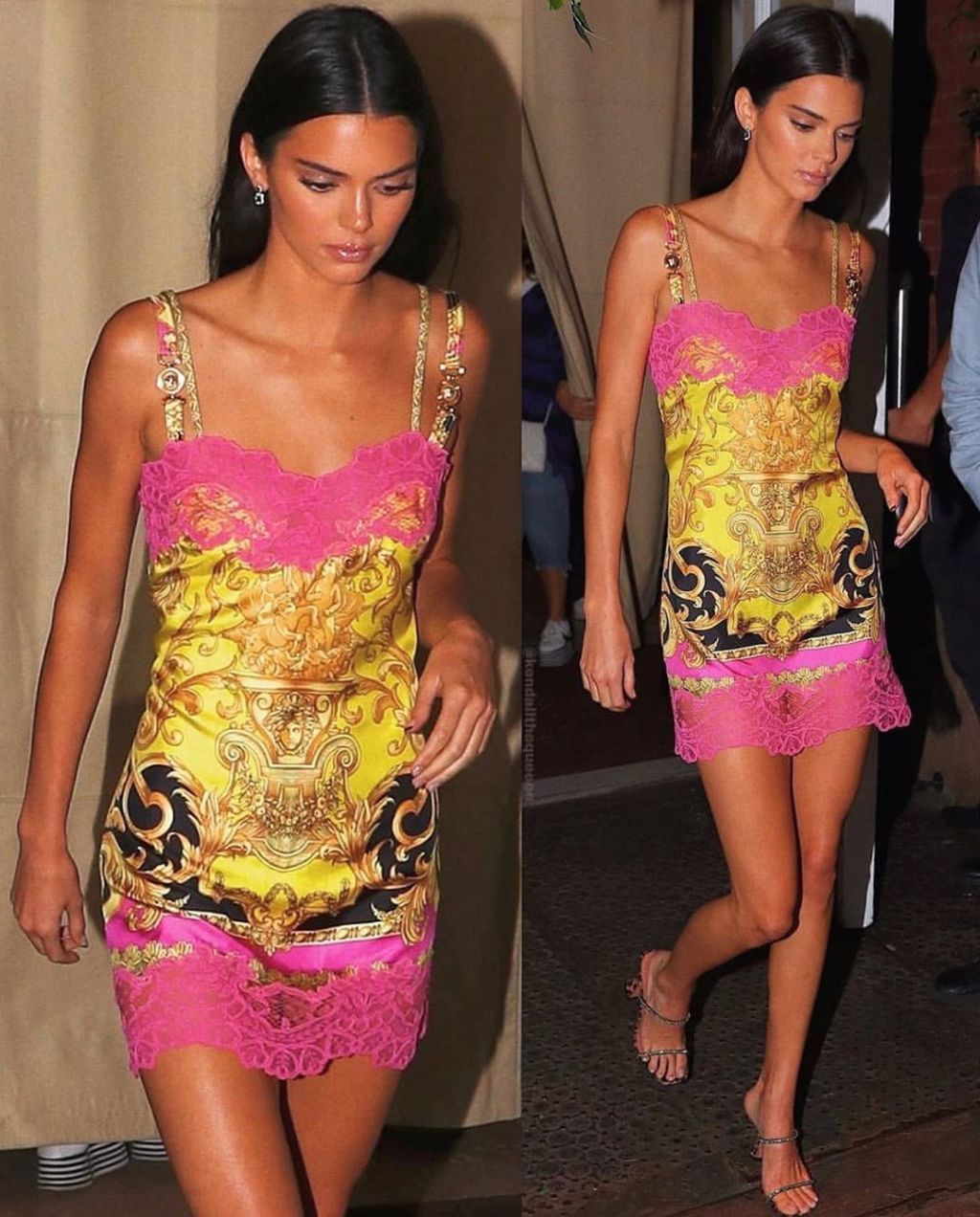 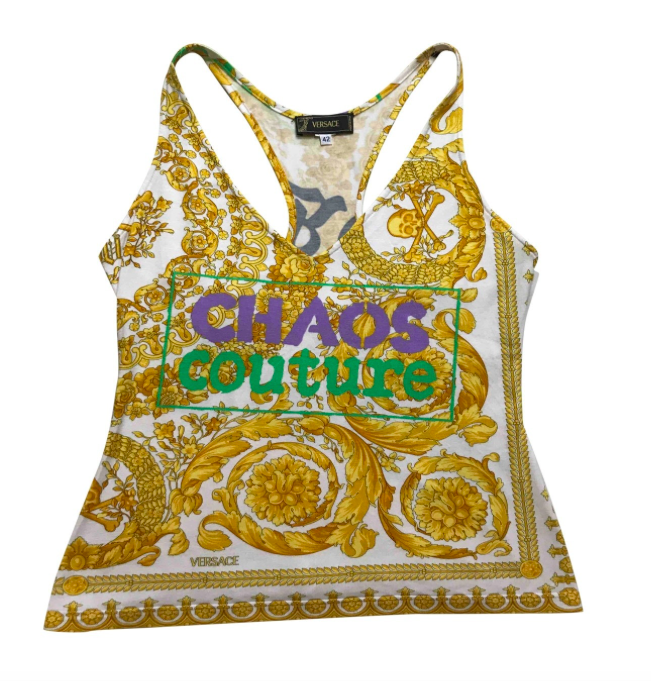 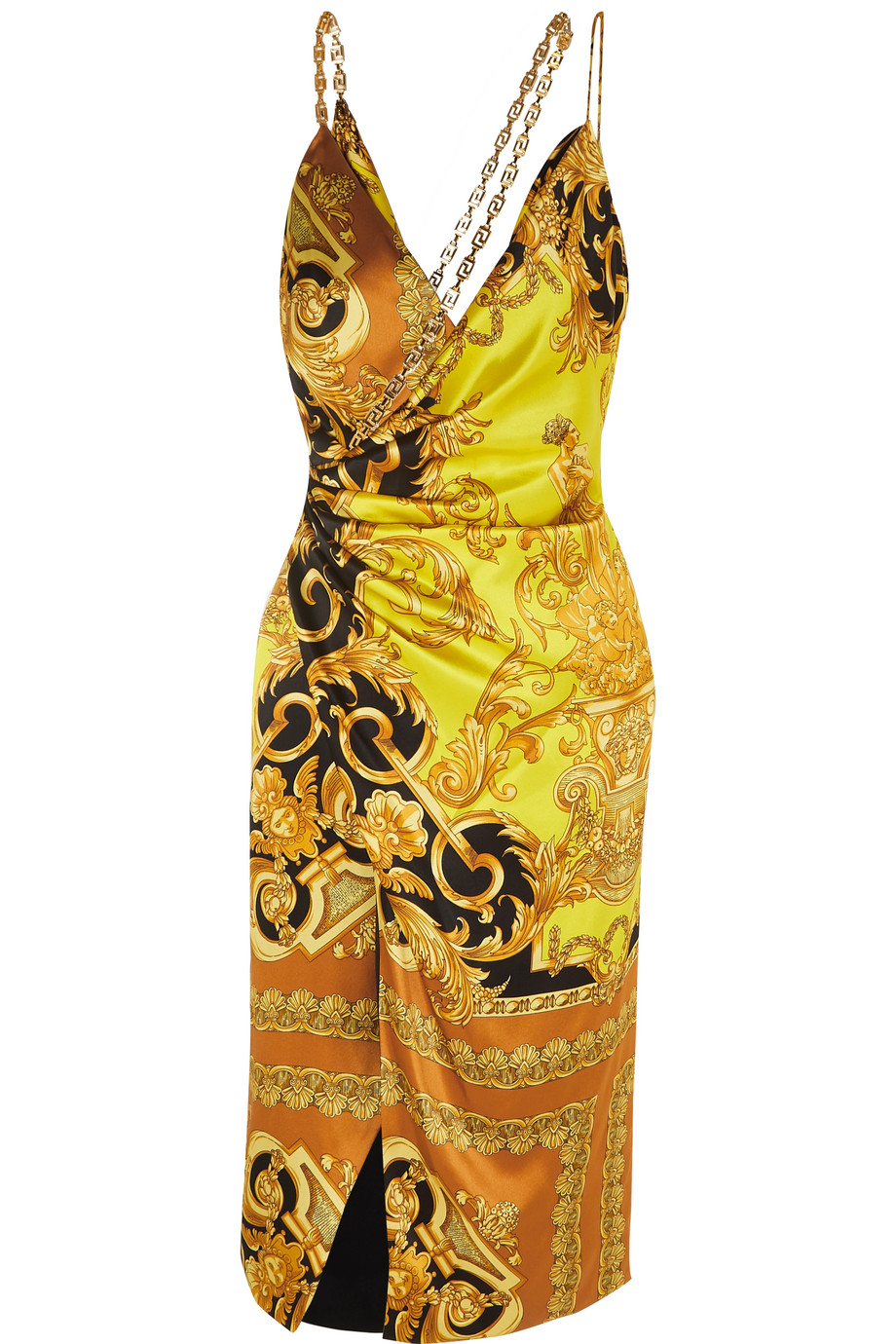