Katie Holmes, Kourtney Kardashian And Emily Ratajkowski All Back This Bra Trend

A new kind of top-less, all hail the bra and suit

Going topless is not something we’d often recommend. But when said topless look includes a spiffy suit and tasteful bra, we’re much more open to the idea. Hollywood, in particular, has seen a slew of celebrities subverting traditional suiting with the no-top trend. Gone is the undergarment – a cami, tee or turtleneck – replaced with, well, not much, as illustrated by Katie Holmes, Kourtney Kardashian and Emily Ratajkowski (plus usual suspects Hailey Bieber, Kendall Jenner, Bella and Gigi Hadid).

Take Katie Holmes, for example. Since that now-famous Khaite cardigan and bra moment, her post-breakup wardrobe has been the fodder of keen fashionistas the world over, who have tracked her every stye move from that Chloe dress and Giuseppe Zanotti LYDA sandals to her royal blue Gabriela Hearst suit. But it’s been Holmes’ newfound of appreciation of the VBT (visible bra trend) which has really set our fashion hearts alight. In another bra-baring move, the actress attended Wardrobe.NYC’s event with Woolmark this month, wearing a tailored Wardrobe.NYC suit (of course) with a black bralette-come-corset underneath.

Another keen proponent of the trend is Kourtney Kardashian, who has been spotted in various sizeable suits with peeping bras throughout the year, including a lacy bralette and white tailored suit, and oversized black blazer and By Johnny’s electric blue bra and a long dove grey trench with sheer bra underneath.

Then, of course, Emily Ratajkowski, who with abs of steel has long championed the trend, but recently took it the next level, advertising her new line of Inamorata Suits sans any bra at all (bold, but we’re here for it). 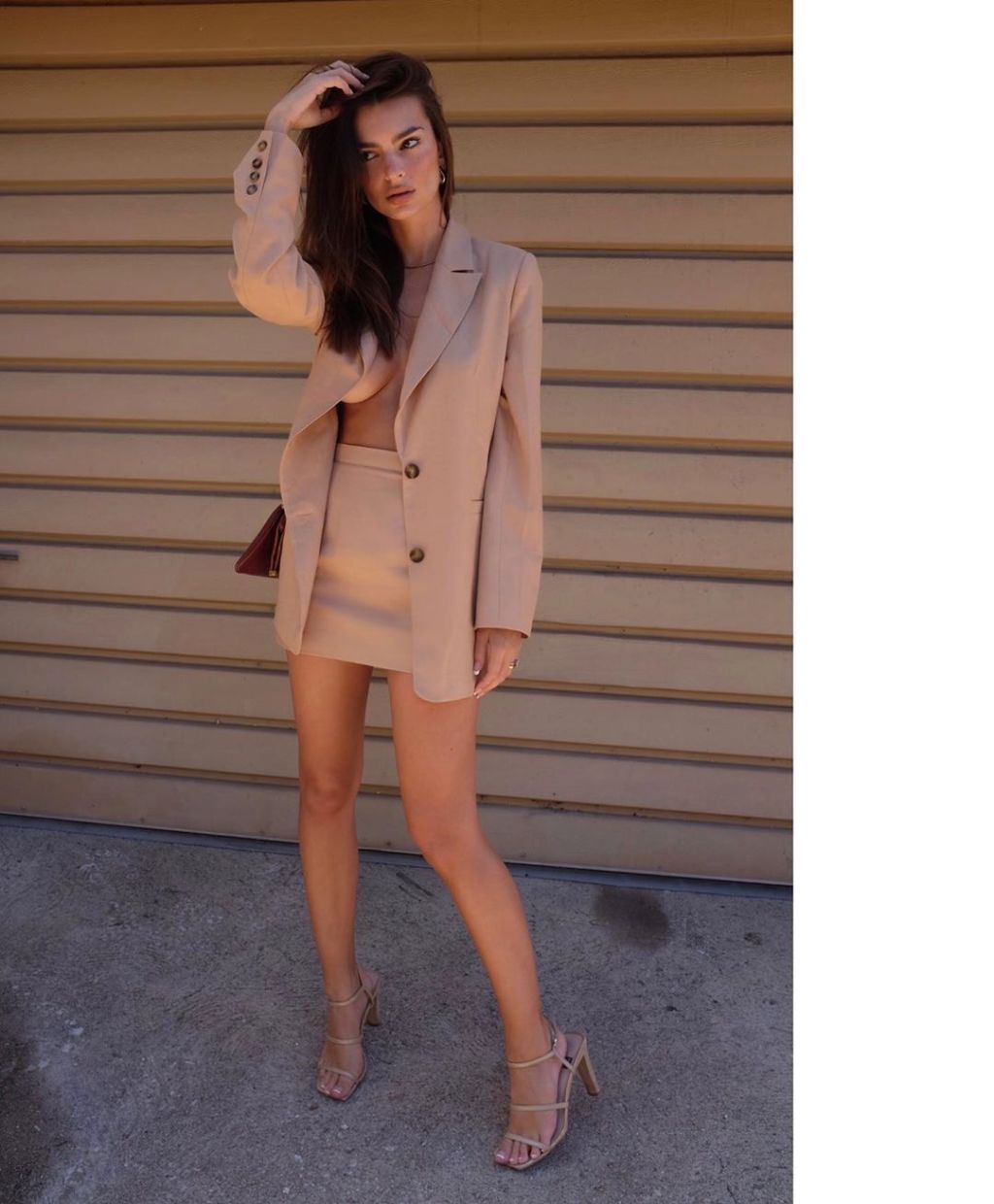 When wearing your underwear as outerwear (and baring a belly), the trick to keeping it sophisticated and not skimpy all comes down to the cut of the suit. Mannish, oversized tailoring will take the look from sleazy to stylish (with a little sass), offsetting the nakedness with inflated, generous size.

Or, if you’re brave and want to truly make an entrance, go just bra like Kaia Gerber, just make sure you keep the rest of your look modest with elongated hemlines like a pant or long-like skirt (Gerber opted for Loewe’s intricate white lace maxi skirt). Either way, embrace top-less dressing and bust a little bra out. Besides, underwear is so expensive these days, why not show it off?