Kate Hudson isn’t one to stray from the truth. In January the actress opened up about the struggles of raising three children with different fathers. In a new interview with Mirror Online, Hudson has now revealed how her own past traumas assisted her acting career and how motherhood changed her life.

“I had personal struggles or familial situations that were challenging,” Hudson explained. “[They] kind of prepared me for my future and my success. I had a lot of personal trauma I never really allowed myself to be OK about, or recognise as being traumatic.”

She continued, “I’d probably tell my younger self, ‘It’s OK that you’re hurting… you’re OK.’ Maybe that would have softened some things in my life a bit along the way. I’d give myself permission to give myself a big hug.”

In addition, the actress noted that motherhood has made her “a better human being” and a “very good therapist.” She also said her children keep her “grounded and focussed”. Hudson shares daughter Rani Rose, two, with her current partner Danny Fujikawa, son Bingham, 10, with ex-fiancé Matt Bellamy, and Ryder, 17, with ex-husband Chris Robinson.

“I have a great family, I have a beautiful mother, I have a stepfather who stepped in and played a huge, huge part in sharing what it is to have a dependable father figure in our life, but it doesn’t take away from the fact that we didn’t know our dad,” the 42-year-old said in the past.

Hudson is slated to appear in the new Apple TV+ series, Truth Be Told, which follows the world’s recent obsession with true crime podcasts. She was also recently spotted on the set of Knives Out 2, starring alongside Daniel Craig, Leslie Odom Jr. and Madelyn Cline. 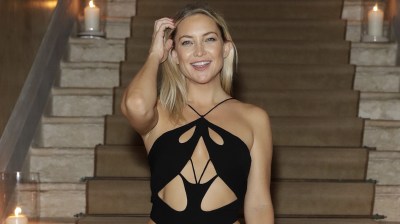 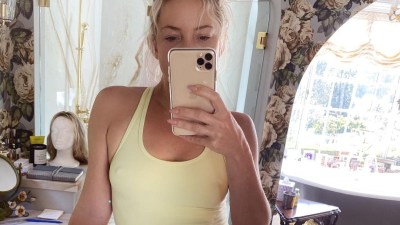 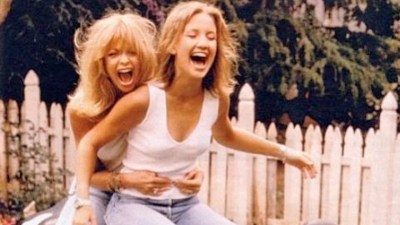