Did Kaia Gerber just single-handedly bring back the denim cape?

Another day, trend kick-started by the most fashionable 16-year-old on the planet

Never in history has there been such a meteoric rise to the top of the fashion modelling game. Kaia Gerber had barely blown out sweet sixteenth birthday candles on September 3 when the whole industry – including mega brands like Calvin Klein and Karl Lagerfeld for Chanel – came knocking (or pounding, to be precise) at her door.

Given models must be 16 to walk London and Milan fashion weeks, and law New York law states underage industry hires must be certified as child performers under strict conditions rather than models, it was always going to be a career turning-point birthday.

Gerber might only be in junior high school, but thanks to her impeccable off-duty street style and media maturity, what she wears sends ripples through the fashion-watchers wardrobes around the world.

Which brings us to that cape. Made of black denim, no less. 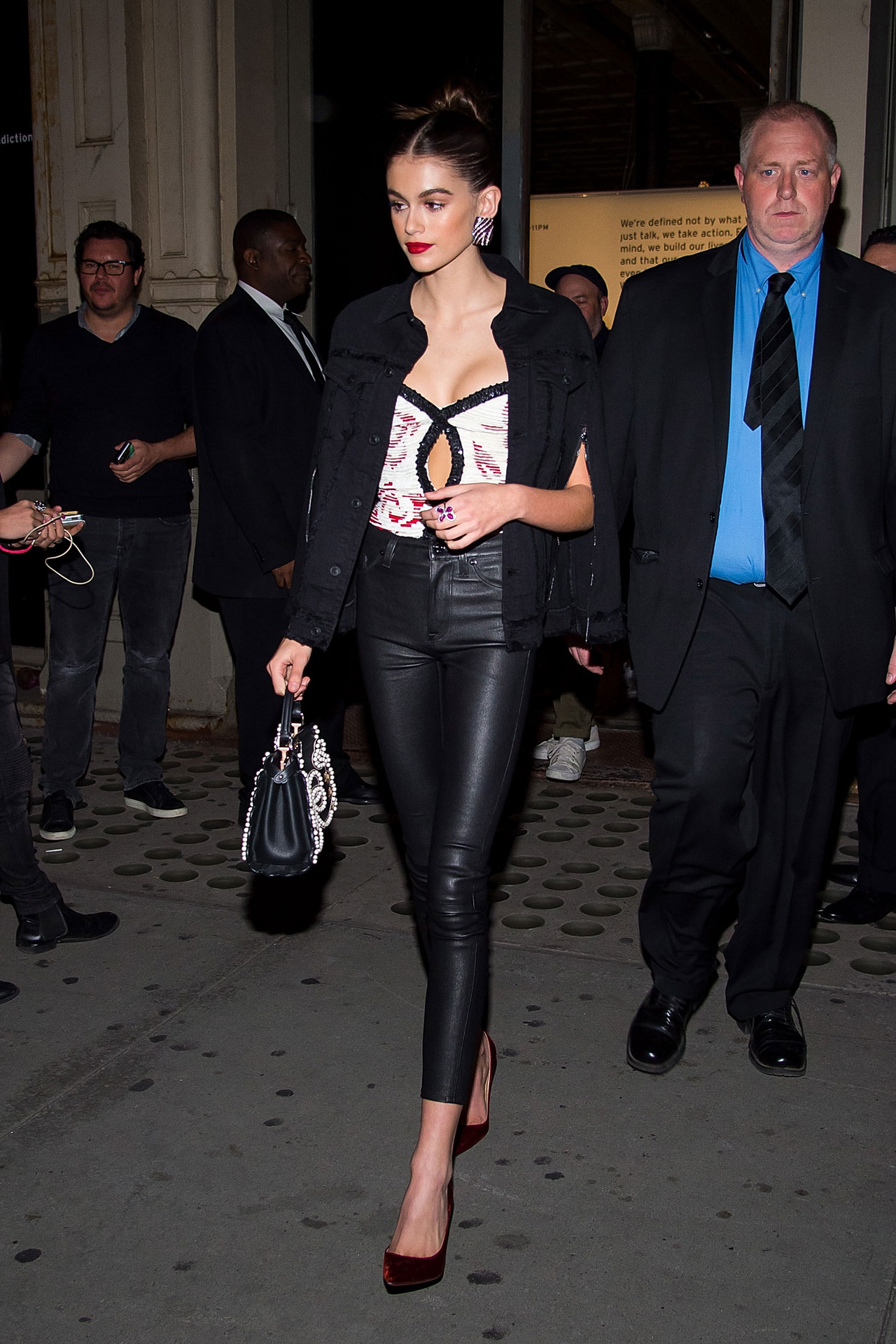 When the in-demand teen stepped out for a party this week in New York City’s SoHo, thrown to celebrate her as the new face of global denim brand Hudson Jeans for Spring/Summer 2018, the eyes of every guest were only ever going to be on her.

And by that we mean literally, given the SS18 campaign’s minimalist black and white images shot by legendary snappy Patrick Demarchelier were blown up to enormous proportions as decoration for the venue’s walls. 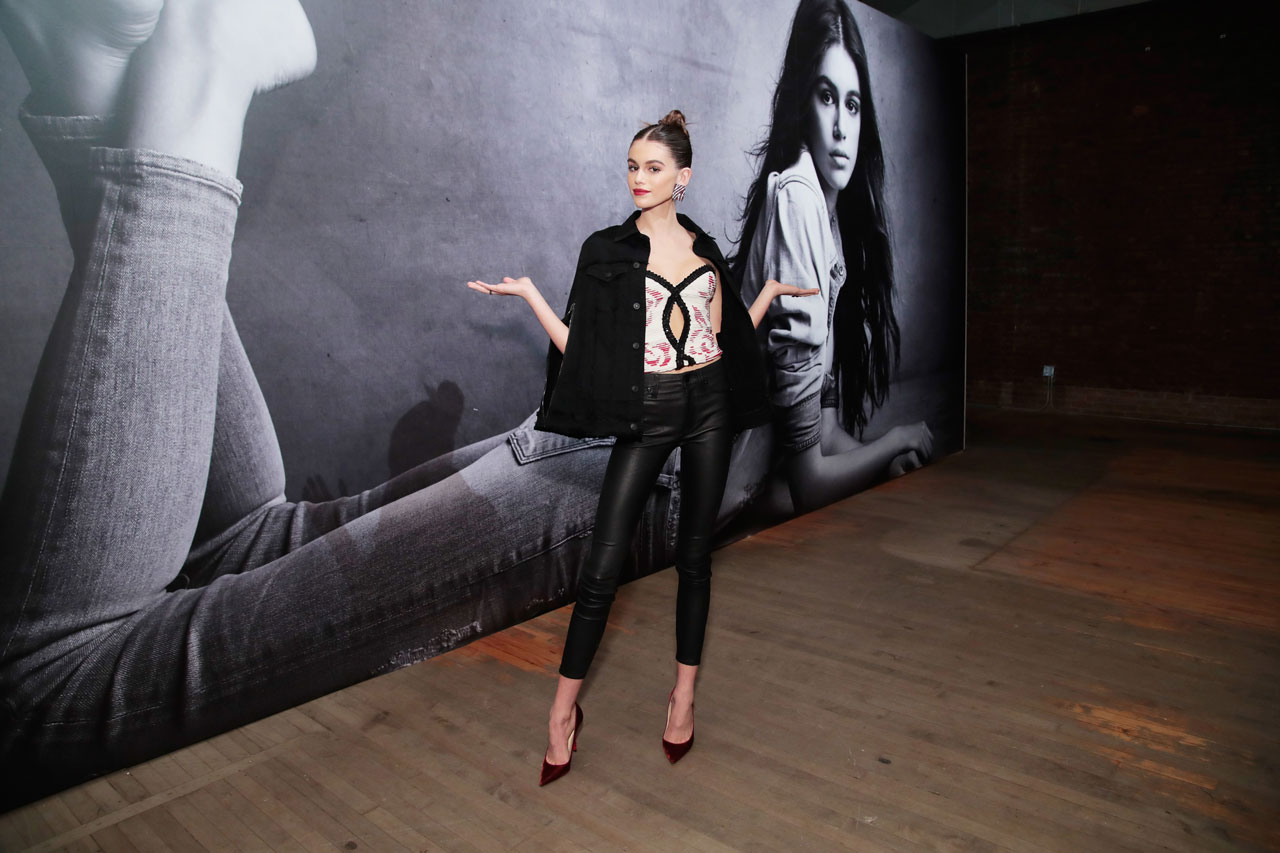 “It was really fun because the concept of the shoot felt very much like me, and I was really honoured to work with Patrick,” Gerber has said of the campaign, which also stars fellow A-list offspring and social media megastar Gabrielle-Kane Day-Lewis, the son of Isabelle Adjani and Daniel Day-Lewis.

(For the record, on the day of the event, 22-year-old Gabrielle Kane, as he’s known, had an Instagram following of almost 69million – more than is 30 times bigger than Gerber’s 2.2m.)

Given her new gig, it’s hardly surprising the daughter of Cindy Crawford and Randy Gerber wore leather pants plus a sequinned top and black denim cape all by Hudson. The sexy 90s-vibe power look could easily have looked off-kilter on someone so young, but not-so for Gerber given her natural poise and striking height. A red lip, costume earrings and red velvet stilettos sealed the deal. 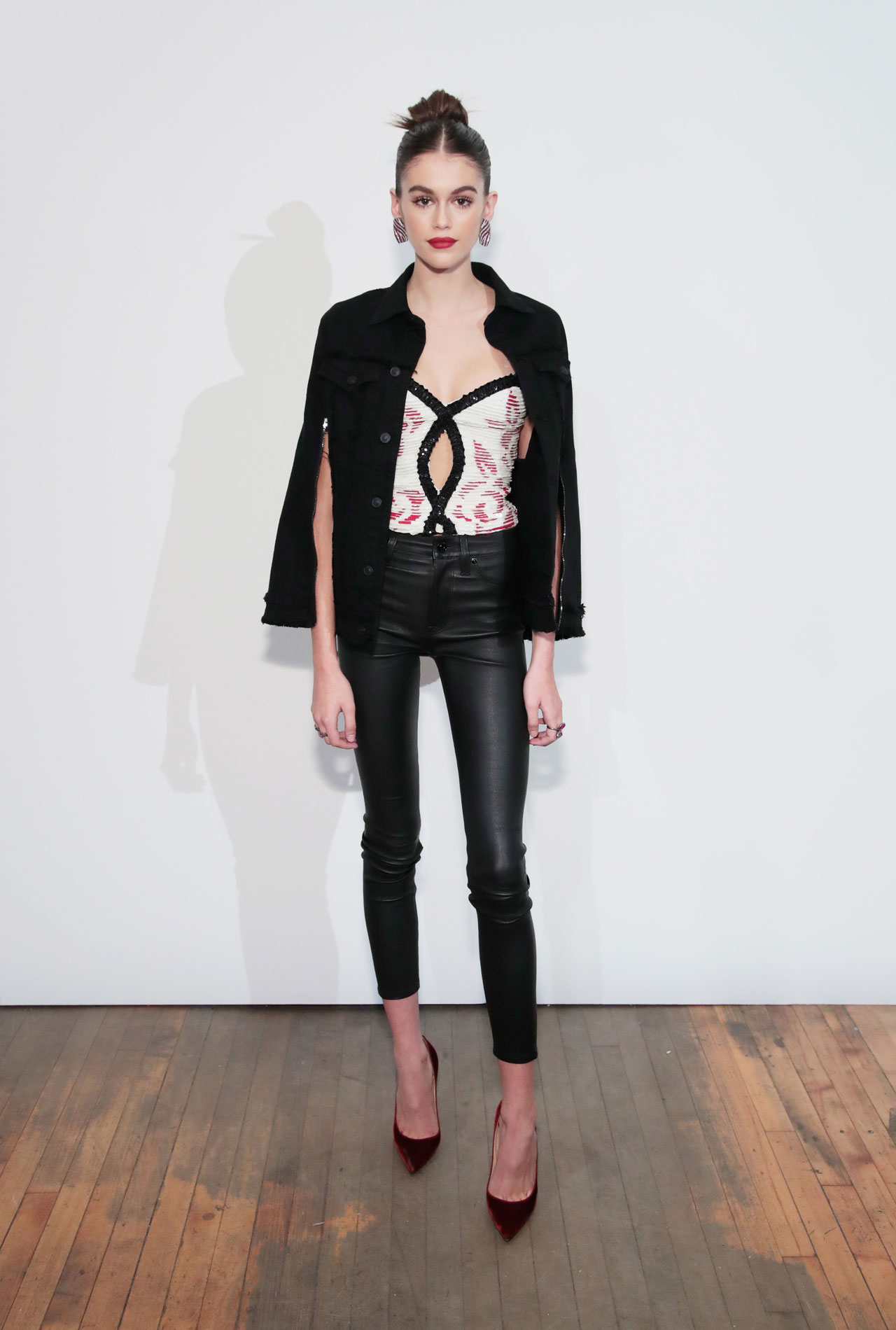 Hot as the cropped leather skinnies looked on Gerber’s impossibly long legs, it was the frayed-edge denim cover-up that dominated her polished night-out look.

A classic cape silhouette with a cool street-vibe appeal that’s perfect for trans-seasonal weather? We’re sold. And so, we suspect, will be thousands of other fashion followers and copy-cat brands who will race to embrace (and replicate) her look.

Such is the power of this genetically blessed teen with intrinsic fashion It-factor. We might not have Kaia’s pins and famous parents, but for now we’re happy copying her on-point caped crusade. 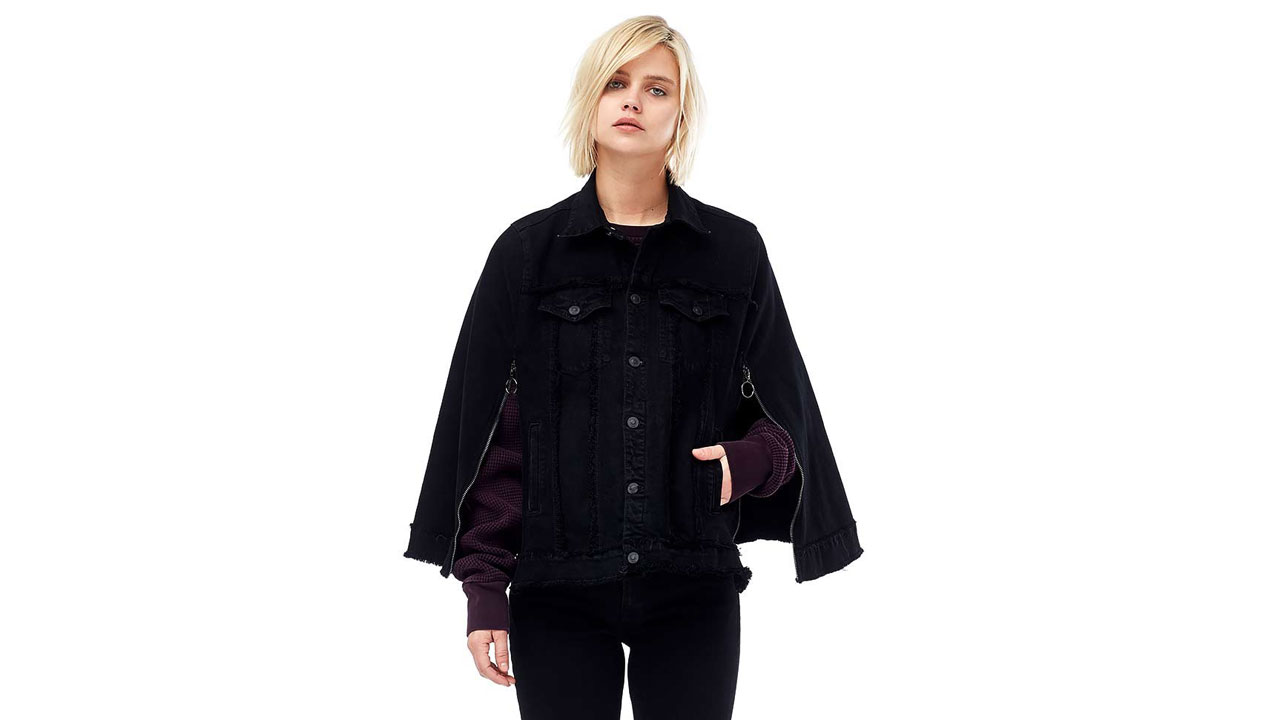 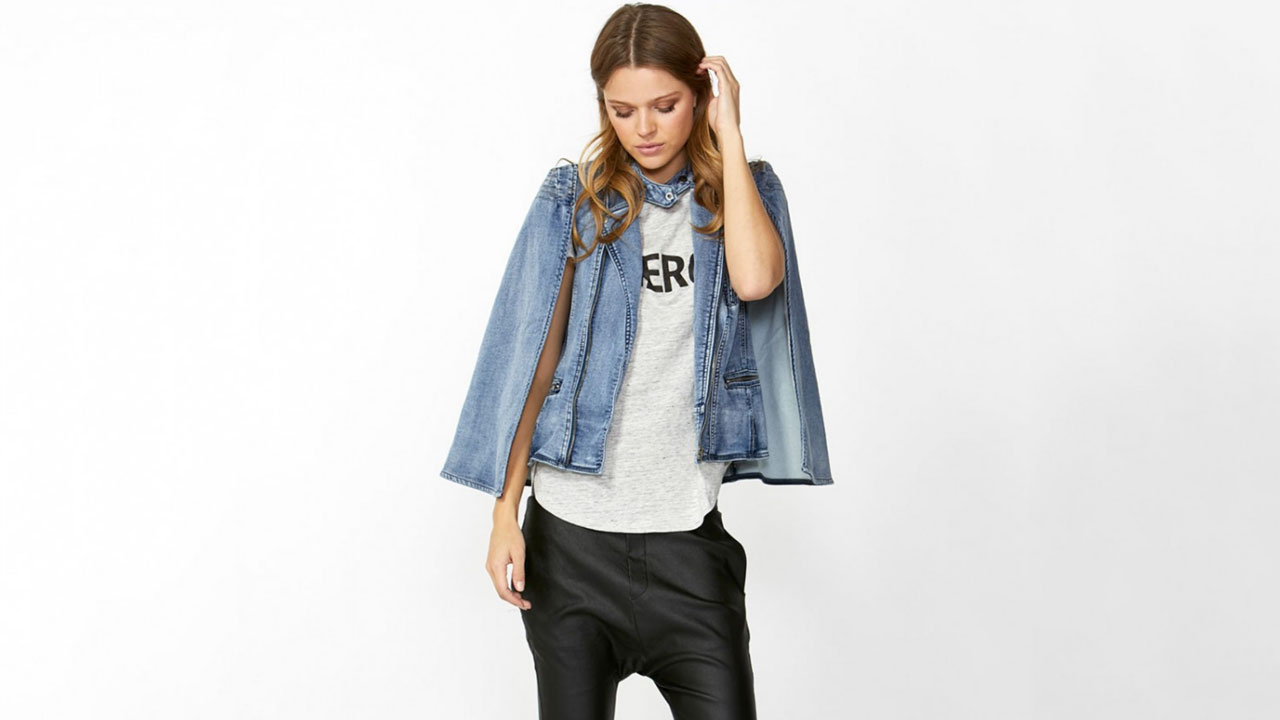 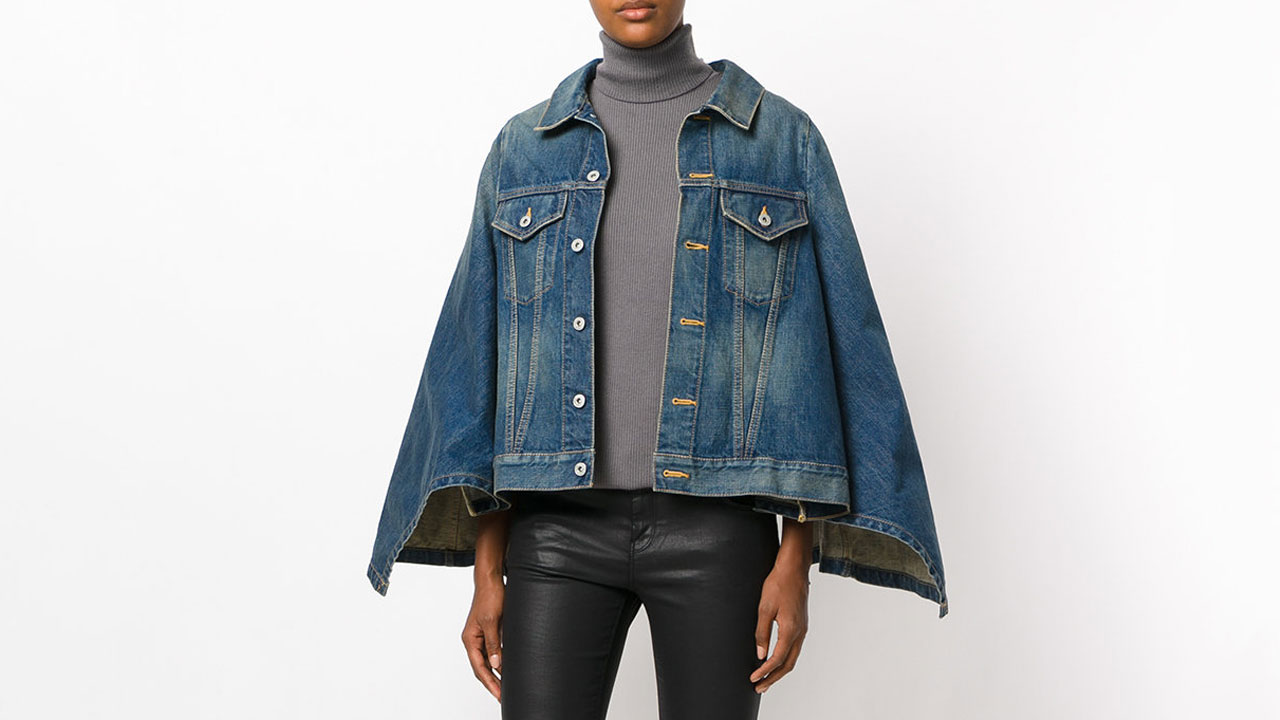 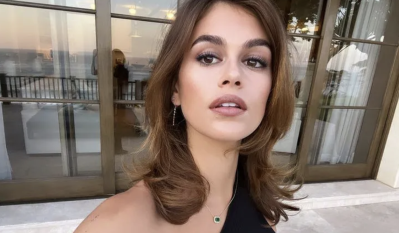 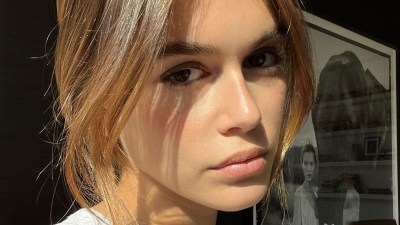 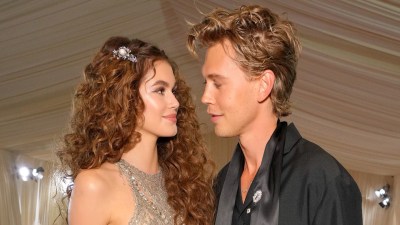 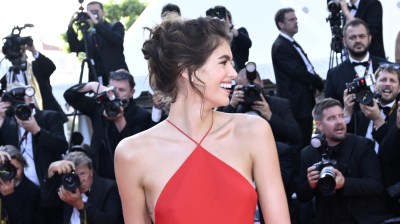