JLo and A-Rod celebrate their engagement in Los Angeles

We’re calling it early, but JLo is probably our entertainer of 2019?

More a force field than a person at this stage, JLo just keeps on racking up the wins, and on Friday night, after a week in which it was announced she’d play next year’s Super Bowl with Shakira and after launching her 30th fragrance, Promise, in New York, JLo jetted back to Los Angeles to belatedly celebrate her engagement to ex-baseball star Alex “A-Rod” Rodriguez.

Rodriguez proposed to JLo back in March with a mega-rock, but between shooting Hustlers and everything that’s happened in between, the busy couple hadn’t had a moment to celebrate until this weekend.

We haven’t seen many pics from the parties but JLo’s bestie, actor Leah Remini, posted some snaps on Instagram, and A-Rod posted a pic too, captioning it, So great celebrating with family and close friends last night. ❤️

JLo was wearing an off the shoulder puffy white top and dramatic smokey eye makeup, while A-Rod kept it simple in a suit and shirt, sans tie, with a pocket kerchief and that megawatt white grin that couldn’t possibly be achieved with Colgate.

We still don’t know when or where they’ll wed, and JLo’s been pretty vague on the details, saying it’ll be “next year sometime.” She has said that her 11-year-son Max will walk her down the aisle. Max has a twin sister Emme, singer Marc Anthony is the twins’ father. JLo has also said she’d like to wed in a church, and while the engagement might’ve been low-key, we suspect the wedding might be a more spectacular affair.

JLo has been married three times before. She had a year-long marriage to Cuban waiter Ojani Noa in 1997, another year-long marriage to backup dancer Cris Judd, whom she wed in 2001, and after breaking off her engagement with Ben Affleck in January 2004 after two years together, moved on to marry her friend Marc Anthony in June that same year. They were together for seven years before splitting in July 2011.

Reflecting on her longest marriage, JLo described it as an attempt to “find someone who could make me feel loved and wanted in my loneliest hour … Thinking back, maybe deep down I knew that this was a Band-Aid on the cut.” The cut, of course, was Affleck, and their breakup was her first real heartbreak, she has said.

We’re hoping it’s fourth time lucky for JLo, who looks as happy with A-Rod as she has in years (though it’s unclear how much of that has to do with him). One thing’s for sure, she needs to be with someone who’s not threatened by an extremely powerful woman. So far, A-Rod seems to be man enough for the job. 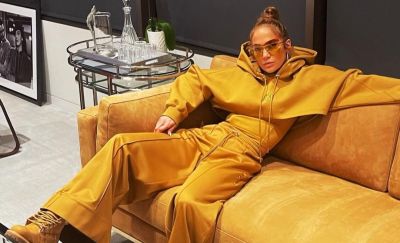 If J Lo Is Opting For Tracksuits This Christmas, Who Are We To Argue? 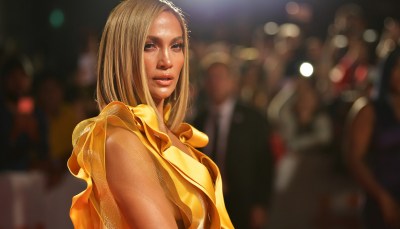