Is Topshop’s Demise The Beginning Of The End For Fast Fashion?

Or was it not 'fast fashion' enough?

On Monday, Arcadia Group—the fashion juggernaut that owns both Topshop and Miss Selfridge—went into administration, the latest casualty in Covid-19’s raging war against the retail industry. For those paying attention, the announcement wasn’t exactly a shock. J Crew and Neiman Marcus are among the former fashion stalwarts who have filed for bankruptcy during the pandemic, while Diane von Furstenberg, Guess, and Victoria’s Secret have all drastically scaled-back their operations.

And Topshop had been embroiled in continual scandals over the last three years thanks to its larger-than-life CEO Philip Green, who has been accused of bullying employees, sexual harassment, and withholding pensions. In an era where customers expect brand founders’ values to align with their own personal beliefs, it seemed obvious that Green’s billion-dollar fortune, permanent yacht-dwelling, and general abrasiveness were incompatible with the era of social wokeness.

Many have effectively summarised the legacy of Topshop—which reigned as the golden child of the high street for the better part of a decade and has been credited with democratising the elitist world of high fashion. Others have been quick to remind those tempted to apply rose-tinted glasses to its legacy that Topshop’s runway-lite business model also paved the way for the environmentally disastrous ‘fast fashion’ industry. Some have wondered if Topshop is the first domino to fall in the inevitable demise of fast fashion culture.

Clare Press, the long-time sustainability activist and presenter of The Wardrobe Crisis podcast, isn’t popping the champagne bottle just yet. “When I first saw the news, I really wanted to believe that it was emblematic of the collapse of the old world order,” she says. “But then I started to think about who might potentially buy out Topshop, and the suggestion is that contenders could include Boohoo. So maybe all we’ve really done is push our fast fashion habits online, and Topshop has only failed because it was a bricks and mortar-focused business.”

In fact, a pessimist could deduce that Topshop’s failure could actually be boiled down to the fact that it wasn’t fast fashion enough. Topshop was affordable, but it wasn’t the kind of cheap millennial shoppers have become accustomed to. Over the Black Friday weekend, Pretty Little Thing came under fire for selling pieces that literally cost 5 cents. The new generation of fast fashion brands create pieces that are, by design, disposable—they’re meant to be worn once or twice then binned. Perhaps Topshop floundered in the awkward no-mans-land between truly ‘fast’ fashion, and the kind of for-life investment shopping that savvier, eco-conscious consumers are gravitating toward. Either way, the fall of such a titanic name is proof of how different the fashion landscape is to Topshop’s heyday in the late Noughties and early 2010s.

“It’s interesting to me that Topshop’s closure has garnered so much attention, seeing as it’s largely a British label—the American and Australian expansions of it weren’t particularly successful,” says Press, who is British but based in Sydney. “I think the reason it feels like such a big deal is because of the cultural cache Philip Green was able to create. He was always photographed with supermodels, the fashion week shows were attended by musicians. They collaborated with Kate Moss and nabbed Kate Phelan from British Vogue [to become creative director], it’s quite remarkable.”

Like most other women of my generation, Topshop was a mecca during my teenage years. As a uni student, I saved the measly sums from my weekly paychecks and put them toward Topshop jeans—and when I visited London in 2010, the first thing my friends and I did was drag our jetlagged selves to the flagship store in Oxford Circus. And I genuinely believe the Kate Moss collaboration will go down as an important moment in fashion history. It’s hard to pinpoint when its relevancy began to wane—like most things it was a slow and gradual process, informed largely by an inability to shift its values to match changing cultural conversations.

When I moved to the UK in December, I briefly worked out of an office around the corner from the Oxford Circus Topshop. Far from the curated wonderland of my university years, the store—with its pumping dance music and racks of polyester neon—felt interchangeable from any of the high street stores that flanked it. The personality, the taste level, and the self-awareness that made Topshop remarkable more than a decade ago were all gone. At 26, I shouldn’t have aged out of their offering. This, in many ways, speaks to the larger issue that is inherent with fast fashion.

The last decade of manic over-consumption is starting to become untrendy, in part because of increased awareness of the importance of sustainability, but for less noble reasons too. The homogeny of style bred by social media suddenly feels incredibly boring in 2020. Wearing something different every time you step out of the house is trying a little too hard. Spending thousands of dollars on a handbag you’re likely to hate in three months feels wasteful (hence the sudden ubiquity of good rental fashion). Owning secondhand and vintage is becoming refreshingly cool again.

“I think this year has given people an understanding of the power as a consumer,” agrees Press. “There’s this renewed sense of buying local, supporting small business, supporting Black-owned businesses, and I think that’s also bleeding into this increased irrelevancy of fast fashion. Often people feel powerless to make change when it comes to the climate, and I always try to remind people that they have so much power as consumers. Especially with social media, if you make demands to brands now, they are obliged to listen to you.” 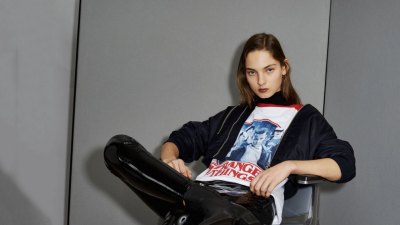 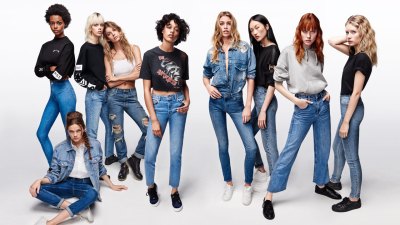 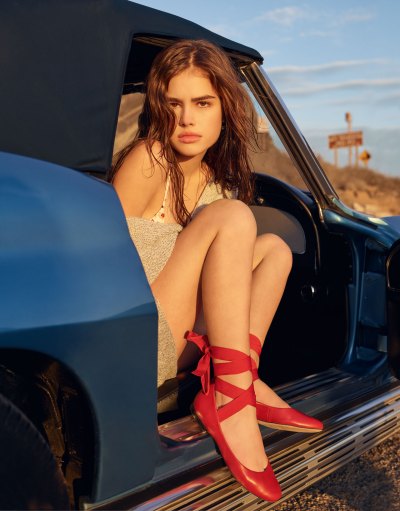 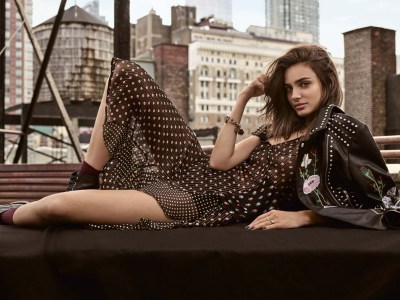