Transparency is imperative on all fronts

The UK’s advertising regulator recently announced a watershed ruling against Instagram influencers that use image-altering filters while being paid to promote beauty products. Britain’s Advertising Standards Authority (ASA) determined that social media adverts containing filters that could exaggerate the results of the product being marketed to the audience were misleading, and that brands and influencers found in breach of this ruling moving forward would be removed and see both parties reprimanded.

It’s a necessary and welcome step, made possible by makeup artist Sasha Louise Pallari, who complained to the standards watchdog about two cases – both of which featured Instagram influencers using a skin-altering filter while being paid to demonstrate the benefits of a tanning product. Pallari simultaneously launched the #FILTERDROP movement to bring awareness to the distortion of filters on the platform and start a conversation about the ethics of promoting a beauty product while wearing one.

“Six months ago I spoke to the ASA about the damage of these filters as I felt there needed to be stricter guidelines around how products and cosmetics were advertised online,” Pallari wrote on her Instagram page of the landmark decision. “Today those rulings have been put in place and it’s because of this campaign… Going forward this means that every single time somebody promotes a skincare or beauty product online, we have the highest chance of seeing real skin, real texture, real nose shapes, different lip sizes, the true product colour. The amount of people that will no longer compare themselves to an advert that isn’t achievable without a filter is going to be prolific. We did it. I’m so proud.”

More than perhaps any other social media platform, Instagram has played an integral role in the recent boom of the beauty industry. Granted, YouTube made makeup tutorials and the talented creatives behind them a mainstream pastime, but it was Instagram that really infiltrated our bathrooms. It was the birthplace of countless cosmetic trends, from the ‘Insta brow‘ to the reverse French manicure and faux freckles, and cult brands like Glossier, Kylie Cosmetics and Summer Fridays found fame by using the app as their primary form of promotion.

But despite the proverbial cabinet doors it opened for both creatives and consumers alike, there’s always been an insidious element to the commercialisation of beauty content on Instagram. As the platform grew in popularity and Instagram personalities became trusted online identities, brands began to recognise its invaluable marketing potential by partnering with influencers to promote beauty products.

Unlike the glossy fashion magazines many of us grew up with, influencers seemingly offered a more trustworthy approach than traditional media. There was little to no regulation around what brands could do and the claims they could make, and influencers weren’t held to a code of ethics – which stood in stark contrast to the strict protocols placed on conventional publishers. For years, it was the Wild West of the advertising world and beauty brands – who have taken ample creative liberties in the marketing of products for decades – took full advantage.

Instagram allowed cosmetic companies to make candid advocates of popular influencers, playing into our desire to know exactly what products they use (cue: “heaps of you guys have been asking about my skincare routine!”). Many of these influencers wield immeasurable power when it comes to their audience’s purchasing decisions, which is significant when you weigh the millions of followers they have against the dwindling circulation figures of global magazines. They also offered brands a new opportunity to see an immediate, tangible return on investment.

But without regulation, the influencer marketing industry quickly became a shady space, where beauty companies could once again push an unattainable aesthetic to women. Yes, social media helped to democratise skincare, makeup and haircare products and practices to the public – anyone could now share their opinions, tips and tricks – but it also turned into a breeding ground for insecurity as we began to compare our looks and lives to others online.

After all, Instagram influencers – particularly those who dominate fashion and beauty feeds – trade in aspiration. But the commercialisation of Instagram resulted in an increasingly slick, uniform aesthetic driven by brand partnerships that looks suspiciously similar to the airbrushed pages of fashion magazines we claim to have rejected. This has inadvertently created a double-edged sword, where content creators are both victims and perpetrators in a system that ultimately benefits only the brands making money off our insecurities.

Thus, the authenticity that once attracted users to the platform has all but been eroded. On Instagram, appearing ‘perfect’ now feels like a prerequisite for the majority of female users. So when a beauty brand approaches an influencer to promote a skincare product, is it any wonder they don’t always feel comfortable sharing their unfiltered face on the grid – particularly as it pertains to content that’s devised to appear as enticing as possible? Comparison is a trap also experienced by the influential, without factoring in the trolling and derision public recognition can attract.

Don’t get me wrong. We aren’t trying to absolve individual influencers of blame entirely when it comes to promoting unrealistic beauty standards, as there have been innumerable examples of deliberate deception at play (Kendall Jenner slinging whitening charcoal toothpaste whilst appearing to have veneers comes to mind). It’s damaging, it’s unethical and holding this behaviour to account is an imperative step towards rebuilding transparency on social media. However it’s important to acknowledge the surreptitious eco-system within which this conduct has been able to thrive.

This important ruling will no doubt put beauty influencer conduct under long overdue scrutiny, but they aren’t the only villains here. Beauty brands need to stand behind their products without resorting to manipulative marketing techniques, and set the standard by ensuring that their paid testimonials come with strict stipulations against appearance-altering filters. Encouraging their ambassadors to drop the filter and share their real experience in the age of the poreless #skinfluencer will only serve to benefit both the creator, their following and the industry at large. 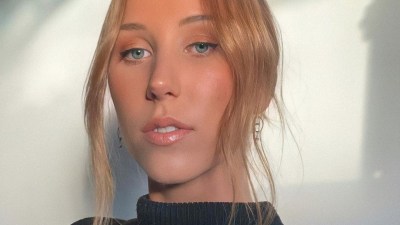 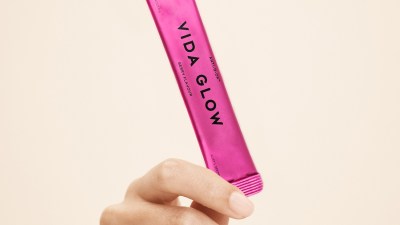