This free, immersive festival celebrates First Nations culture from around the world 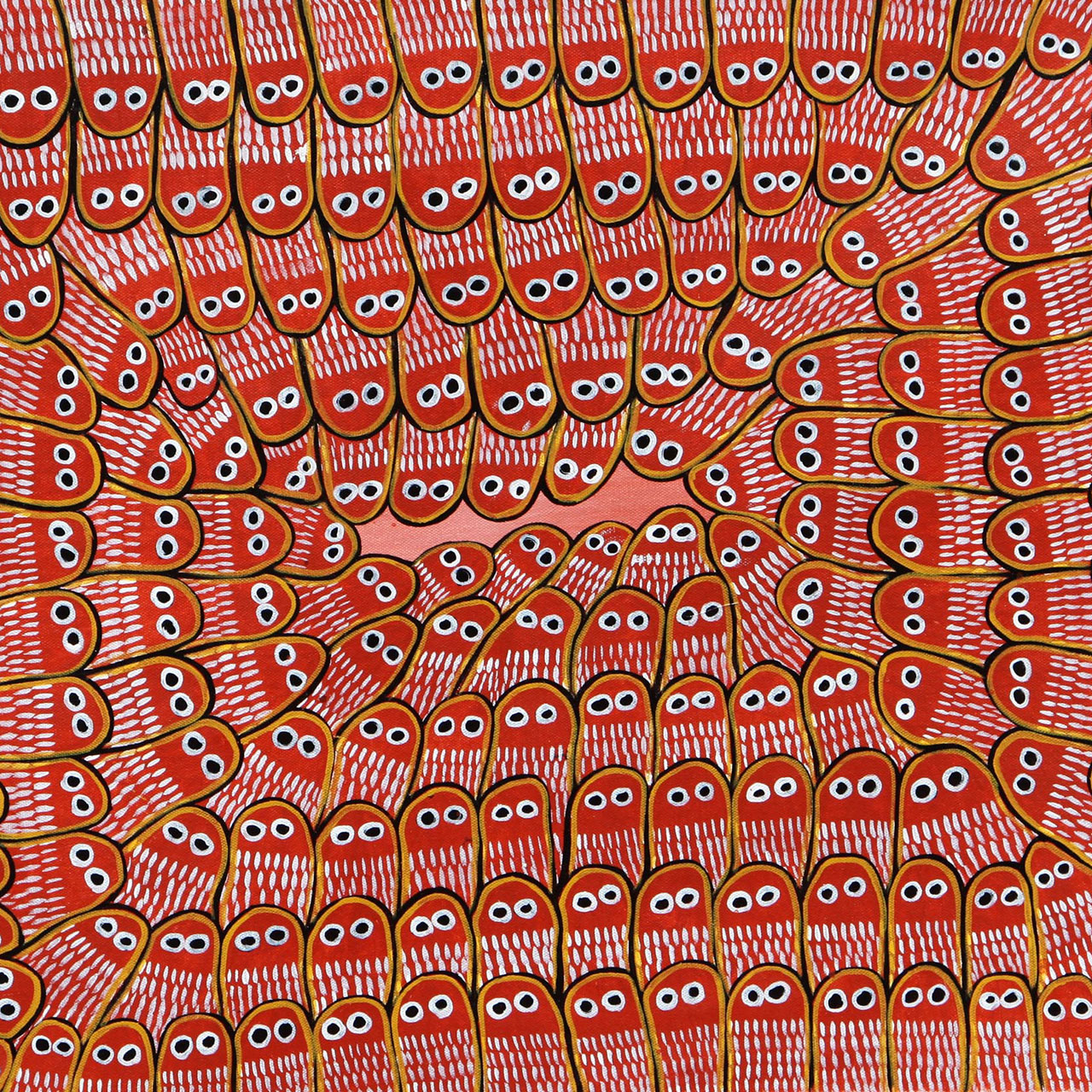 Artwork by Gabriella Barunga, part of The Mowanjum Aboriginal Art and Cultural Centre, a creative hub for the Worrorra, Ngarinyin and Wunumbal tribes, who make up the Mowanjum community outside Derby, Western Australia 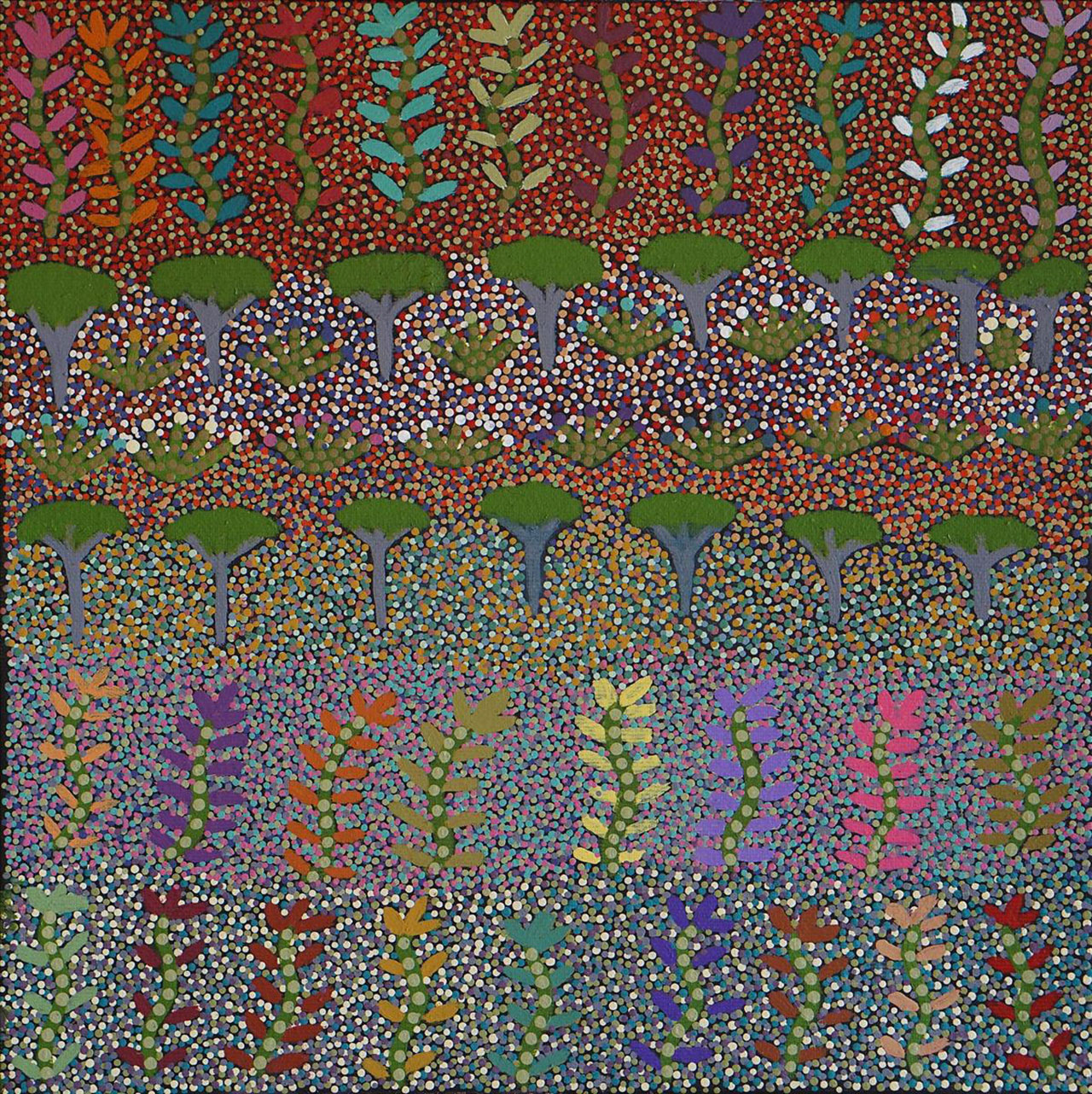 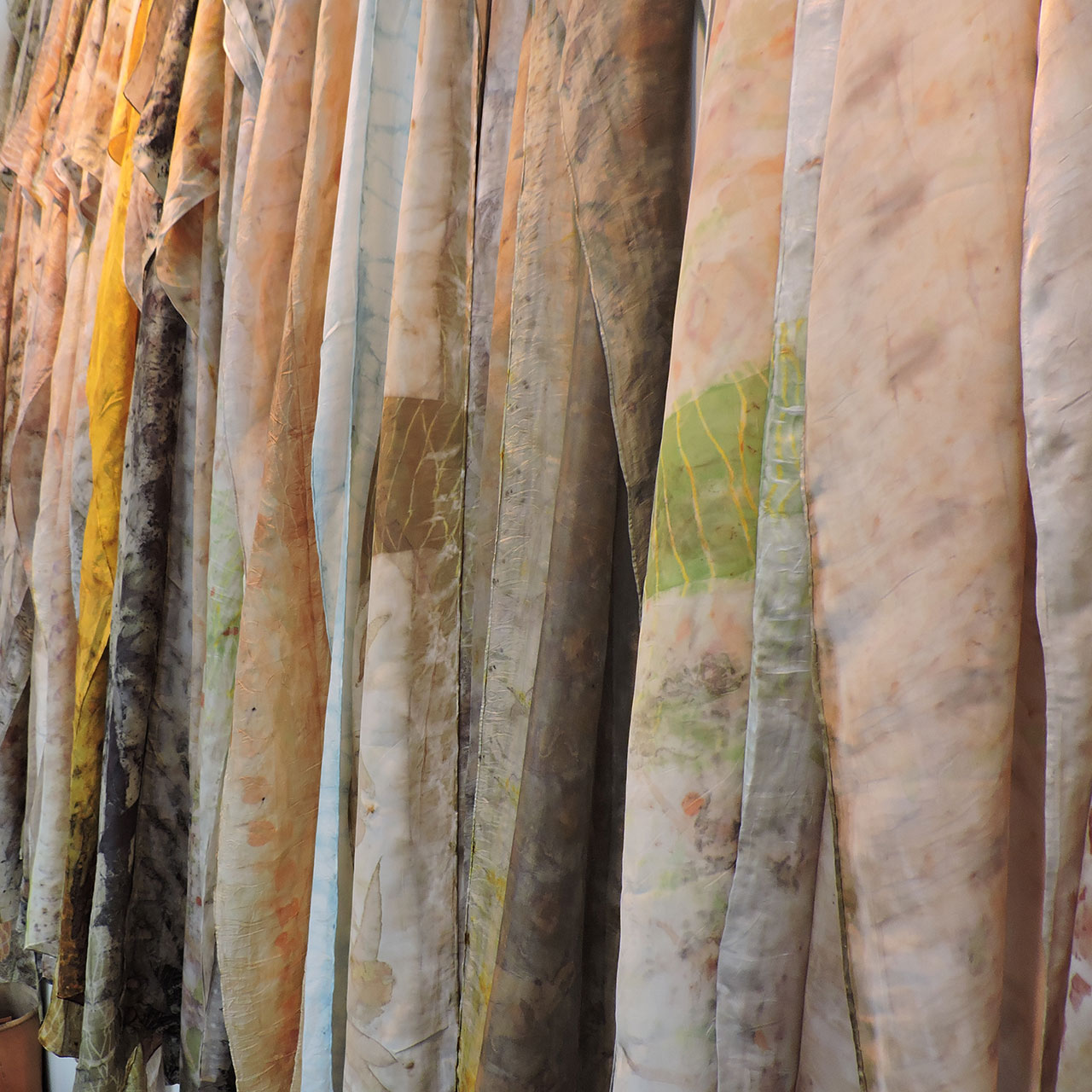 Wearable art scarves printed on silk, wool and cashmere blends by the artist Kay Lee Williams, a Kamilaroi woman who also specialises in Bangalow Palm Baskets and practices from her home on the North Coast of NSW 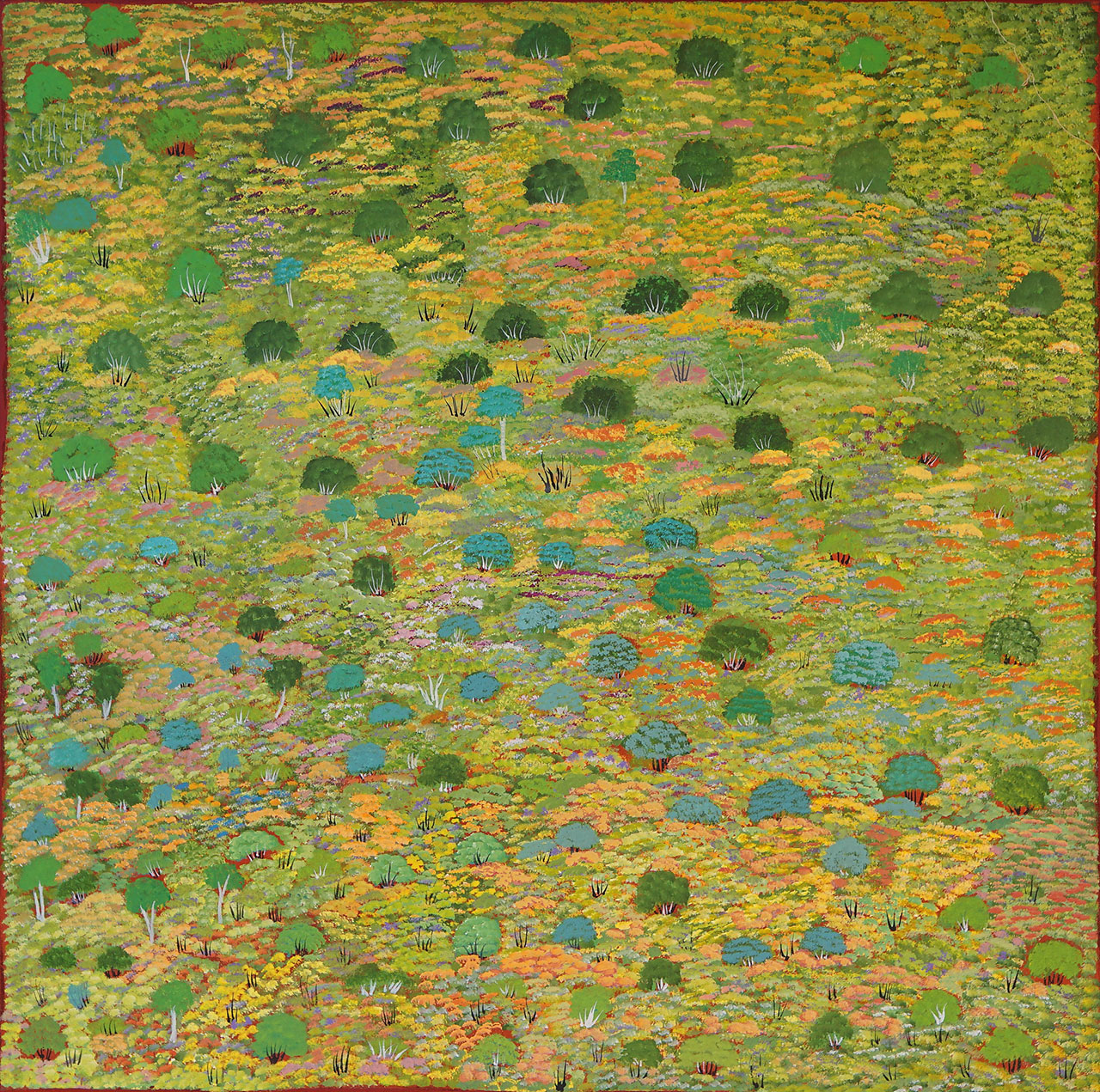 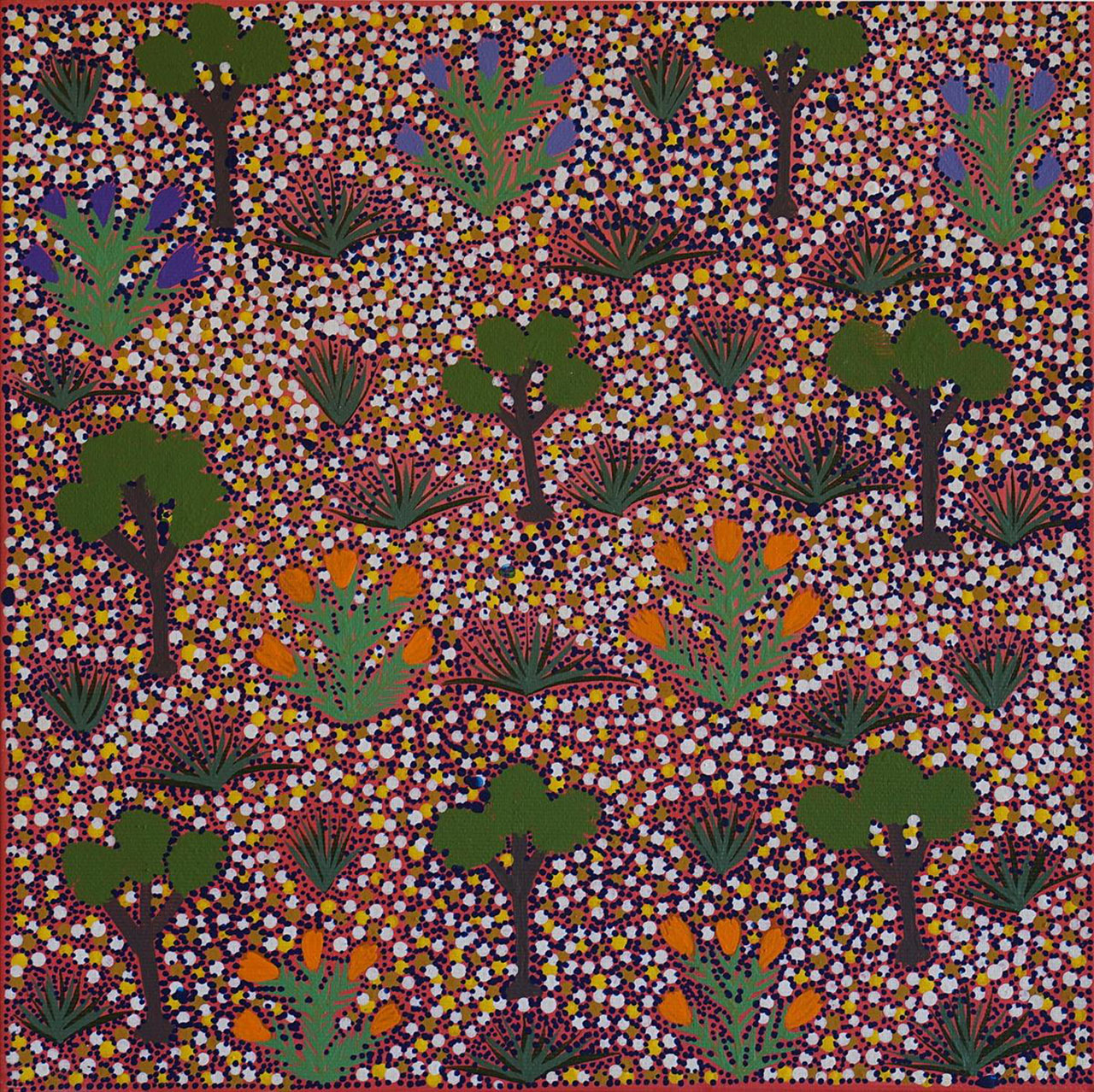 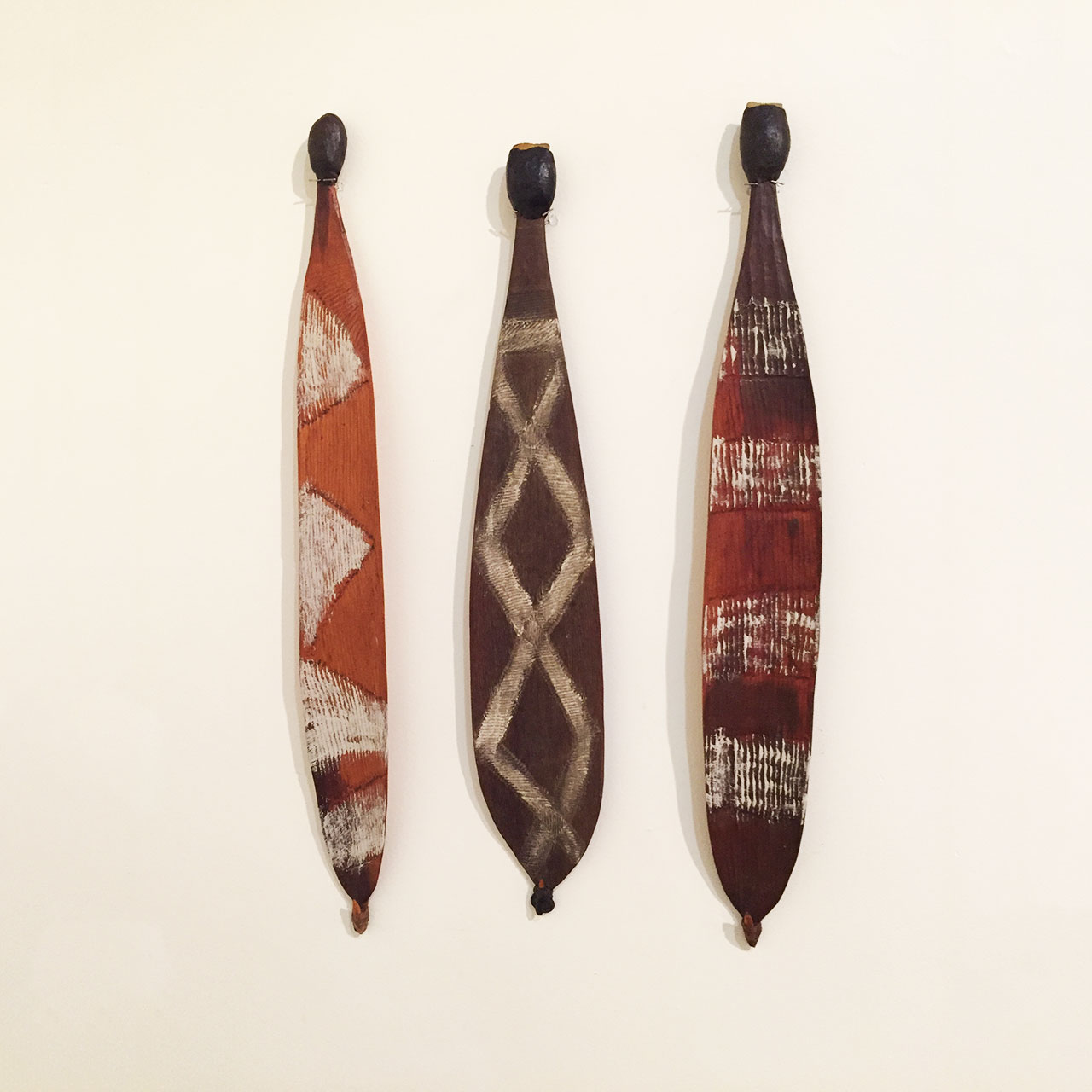 Carvings by the Taree artist Andy Snelgar, a Ngemba carver who has been refining his craft for over 25 years

Homeground, a landmark celebration of First Nations art and culture, launched in 2012 as an extension of the Sydney Opera House’s commitment to providing visibility to First Nations people, not only in Australia but from around the world.

Capacity crowds in recent years required the festival relocate to the site’s western boardwalk to ensure that visibility for the festival and its constituents was generated in the truest sense of the world. This year, Homeground takes pride of place in the Opera House Forecourt for the first time from November 25 – 26.

“This year’s Homeground has a phenomenal line-up of both new artists and some unexpected ones,” says Rhoda Roberts AO, Head of First Nations programming at the Sydney Opera House. “Youth Yindi have reformed with The Treaty Project, and there are a number amazing artists in that [from both generations, including the grandson of Dr M Yunupingu] Yirrmal and Witiyana Marika”, the latter featuring in the original line-up. The reformation of the band coincides with the 25th anniversary of the iconic song Treaty, as well as the commencement of ARIA week festivities and the culmination of Australian Music Month. That all three should converge is an apt precursor for how we should progress contemporary Australian culture going forward, says Roberts.

“Music has been something that we should all look at when we talk about the way that Australia is going to move [forward] in the future”, she says. “It’s really a level playing field. When you look at the Aboriginal bands it’s really a collaborative between Indigenous and non-Indigenous [Australians] performing.”

Electric Fields, an act who bill themselves as an aural commingling of Daft Punk and Nina Simone, is one such example indicative of Homeground’s focus on intergenerational and cultural exchange. Vocalist Zaachariaha Fielding and producer Michael Ross have struck a compelling balance between the traditional language of Fielding’s Anangu Pitjantjatjara Yankunytjatjara people and soaring electronic pop to achieve what Roberts describes as “the new voice. We’ve seen it with Archie Roach and Yothu Yindi, and now we see it with them.”

A Celtic connection, one that is important to the Homeground, will also be represented through the work of contemporary folk singer Irish Mythen. Likewise, the Tibetan singer-songwriter Tenzin Choegyal, who performs original compositions that express both his cultural lineage and the contemporary challenges faced by Tibetan people, will contribute to the program. An extraordinary singer, Choegyal tours with the Dalai Lama as the spiritual leader’s song man.

“He’s a refugee who has given something so extraordinary to Australia with his music,” says Roberts. “It’s really important for us to have other First Nations involved in the program, and each year we broaden the scope.” The involvement of other cultures from around the globe forms part of Homeground’s broader strategy to expand peoples’ perceptions of what First Nations culture looks like internationally, with an aim to encourage Australians to then turn their gaze toward the contributions being made closer to home.

“Homeground is an opportunity for us to showcase the dance and music that people are not only familiar with but also engage them in the holistic nature of the art [that they might otherwise not know].”

The program includes the popular Black Arts Market, workshops, discussions and films that ensure a broad spectrum of each culture is represented in manifold expressions. The art market in particular is in its third year, and it’s a component Roberts says performs extraordinarily well with more than 30 participating stallholders from across Australia and the Pacific Islands exhibiting crafts, artworks, homewares and jewellery. The market also showcases the craft of artists who might also be best known for their performances, and canvasses a range from styles both traditional or contemporary, with artists represented from the central desert to the east coast. Everything at the arts market is available for purchase on the day. There will also be some very political work, says Roberts. Queensland Indigenous arts collective, proppaNOW, will feature the work of participating artists, including the critically-acclaimed Vernon Ah Kee, Megan Cope and Richard Bell.

A project called Dance Rites – an Indigenous dance competition which aims to ensure important cultural knowledge, including language, dance, skin markings and instruments, is shared from one generation to the next – is now in its fourth year and enables the continuation of important songlines. As such, the ethos of the festival privileges the bringing together of community elders with younger men and women so that they can relearn what Roberts calls “the classics – old traditional rituals and ways of dancing and singing out songlines.” That practice enables communities to engage across an intergenerational divide, and to pass on vital knowledge before it’s too late.

“My big fear is that this generation is facing the loss of a lot of wisdom with elders passing,” says Roberts. “There was a time under colonial rule where it was illegal to practice our religions and culture. Every society in the world honours and cherishes their classics, be it Mozart or ballet. Our traditional dance is really the classics of our culture.”

As such, efforts to archive as much of those performances as possible are undertaken by Homeground where possible. Virtual reality has allowed those stories to come to life in another format, allowing those unable to attend to witness those important rites across space and time. For Roberts, the introduction to Indigenous culture to new audiences be it through first-hand exposure at Homeground or through technology is just as important as challenging pre-existing notions of what that culture looks like.

“It’s showing how Aboriginal [Australian] and First Nations cultures from around the world are [not only] constantly adapting, but will always have that connection to their old footsteps.”