“Well, I don’t want to go up and talk to her, because I’m going to be called a rapist…”

Mission: Impossible – Fallout star Henry Cavill has issued an apology statement amid uproar of comments made during an interview with GQ Australia. The actor, best known for his role as Superman in the latest Justice League instalment, told the publication how, given current social climate, he feared flirting could eventuate into him being labelled a “rapist”.

“It’s very difficult to do that if there are certain rules in place. Because then it’s like: ‘Well, I don’t want to go up and talk to her, because I’m going to be called a rapist or something.’ So you’re like, ‘Forget it, I’m going to call an ex-girlfriend instead, and then just go back to a relationship, which never really worked,’” Cavill said.

“But it’s way safer than casting myself into the fires of hell, because I’m someone in the public eye, and if I go and flirt with someone, then who knows what’s going to happen?”

Understandably, his comments sparked huge outrage across the internet. Cavill blamed “editorial liberties” and lack of context for his poor rant. For us, it’s a lack of understanding of what the #MeToo movement is about. Our thoughts are probably best surmised by Twitter user Helen Price:

This is absurd. If Henry Cavill doesn’t want to be called a rapist then all he has to do is… not rape anyone.

The mental gymnastics some men are doing to position themselves as “victims” of #MeToo is insane. pic.twitter.com/nafnZiaXGH

I'm hoping that #HenryCavill was just grossly misquoted when it comes to the #MeToo movement. How do you just assume by talking to a woman she's going to accuse you of being a rapist? Have some common sense, dude.

#henrycavill said in his @GQMagazine interview that the #metoo movement has made him nervous to flirt because he doesn’t want to be called a rapist. He is basically saying that women are so sensitive that they can’t even handle someone flirting with them. Superman can suck it.

“Having seen the reaction to an article in particular about my feelings on dating and the #MeToo movement, I just wanted to apologise for any confusion and misunderstanding that this may have created,” he told Page Six.“Insensitivity was absolutely not my intention. In light of this I would just like to clarify and confirm to all that I have always and will continue to hold women in the highest of regard, no matter the type of relationship, whether it be friendship, professional or a significant other.

“Never would I intend to disrespect in any way, shape or form. This experience has taught me a valuable lesson as to the context and the nuance of editorial liberties. I look forward to clarifying my position in the future towards a subject that is so vitally important and in which I wholeheartedly support.” 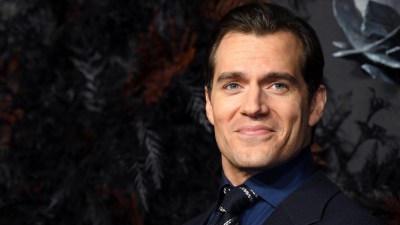