From Kamala To Bella To Harry, How To Style Pearls In 2021

These enigmatic sea treasures have remained classic sophisticates for centuries, yet its their modern curiosities that are once again making waves 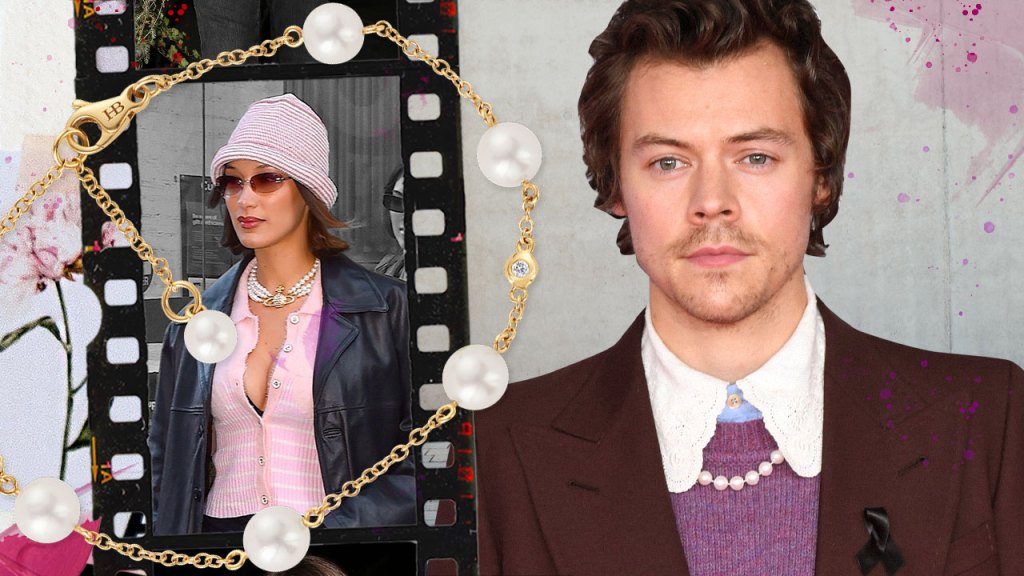 It was a decade ago when pearls draped Carrie Bradshaw in the first Sex and the City film and, as a result, the necks of women everywhere. She wore them long and loose, marrying them as seamlessly with Manhattan frocks as ribbed singlets and Y-fronts. A decade before that, short strands of pearls collared the prêt-à-porter of Diana, Princess of Wales. She was lauded for her snappy fashion choices, so her seasoning of the classic made them all the more appealing for trend makers at the time. A decade before that, Madonna’s pearls en masse formed the foundation for a look (lacy corsetry, reams of rippy tulle and loops of knotted necklace) that has remained 80s cosplay ever since. And from there, the backdating continues – Elizabeth Taylor, Marilyn Monroe, Grace Kelly, Marie Antoinette, Cleopatra, even Aphrodite of Greek mythology all purveyors of this timeless sea treasure.

While it’s true that pearls have poignancy in every era, it’s their chameleon capability that gives them endless energy. In 2021, pearls return as fashion’s pièce de résistance once again. Celebrities are sporting them almost as frequently as face masks and designers are calling on their malleable classicism to drive fall and spring collections. This season, looks prong between political leaders tapping into their power presence, It-girls appropriating their sophistication and retrospection and then, perhaps most surprisingly, It-boys adopting pearls as something of an adornment for a new masculinity.

Yet pearls are all in a day’s (or half a year’s) work for ocean dwelling molluscs. The oyster’s immune system ignites a layering response whenever a microscopic intruder invades their shell home. The result is layers of nacre tiles that ideally fall in perfect symmetry. These layers then allow light to refract and subsequently create the infamous pearl lustre. So, pearls aren’t really gemstones, nor stones at all. They’re delicate, incidental artworks crafted from a most curious creature. It’s little wonder they’ve remained so spectacularly fascinating to us land folk for millennia.

Here’s how we’re honouring its natural beauty this season…

Steeped in aristocratic history, pearls have a leading place in the world of power hardware. In fact, it’s said that in 60BC so great was the status they bequeathed upon their owner, that Julius Caesar passed a law forbidding anyone below the upper echelons to wear them. While such exclusivity is now bygone pearls’ regal symbolism remains. Last year, vice president of the United States, Kamala Harris started a pearls-and-sneakers niche, following regular appearances in tailored casuals worn with strands or studs. It made for a nice twist on the formal variety – royals like the Duchess of Cambridge are rarely seen without theirs – and evoked a graduation from their ye olde associations with twin-sets, teacups and petit fours, launching them into a new era of beauty with purpose.
Try the Hardy Brothers Akoya Pearl and Diamond Chain sourced from the Pinctada Fucada oyster from the coastline of Japan

Back when Madonna was known as The Material Girl, her look was never complete without an anti-wedding dress, crimped hair and reams of long strands of pearls. This archetype has ebbed and flowed since then, with particular iconography given to her cross-and-pearls pairing around the same time. It became one of the nouveau ways to style them into a casual, youthful corner. This year, with throwbacks to the noughties, nineties and eighties rife, the look is once again dressing the décolletage of those immersed in the zeitgeist. Worn with a micro-cardi, a Fiorucci tee and a pair of Doc Martins – even if you lived this look the first time ’round you’re likely to be tempted by the revival.
Try the Hardy Brothers Australian South Sea Pearl and Diamond Pendant sourced from the Pinctada Maximus oyster from the Kimberley Region in Western Australia.

Perhaps it’s a fall out from the woke era of MeToo – high profile men banding together against toxic masculinity. Or perhaps it has to do with vaporising gender limitations and stereotypes. Either way, the rising stocks of pearls on guys is palpable. Most people link Harry Styles with kicking off the look, one that has since steamrolled into the fashion ether of hype kids like Pharrell Williams, A$AP Rocky and Sean Mendes. Now, pearls have become something of an A-lister, It-boy status symbol and…they look good. It’s fresh, cool and luxurious in the least expected way.
Try the Hardy Brothers Baroque Australian South Sea Pearl Strand sourced from the Pinctada Maximus oyster from the Kimberley Region in Western Australia.

When something reaches the fashion-irony stratosphere, its potential for über-trend is boundless. And when Bella Hadid gives it a nod, it doubles again. Seen wearing Vivienne Westwood’s iconic 90s Orb choker with a leather ensemble earlier this year, Hadid’s iteration of neo-grunge is apt for our season post lockdown. Then there was Dua Lipa who chose the same piece for her Brit Awards appearance, styled with overt glamour replete with suspenders and pantyhose. And then there’s Billie Eilish, the darling of anti-fashion who’s been regularly wearing a thin strand choker and matching studs, in a kind of Courtney-Love-meets-Monica-Gellar 90s homage. As a result, expect to see a rise in teenagers raiding mum’s good jewellery.
Try the Hardy Brothers Akoya Pearl and Diamond Bracelet sourced from the Pinctada Fucada oyster from the coastline of Japan

There’s something to be said for a look that remains timelessly chic and it would be difficult to imagine a more enigmatic combination. Black, tan, diamonds, red lips and pearls are all better together – romantic, elegant and notoriously sophisticated. Seen on the runway at Prabal Gurung for Fall 2020 (and also at Chanel, Marc Jacobs, Carolina Herrera and Altuzurra among others) this look is as breathtaking now as in any era. It’s devoid of momentary trend and despite modern tweaks – ear cuffs, cut-outs and arm bands – its character conjures a Parisian, after-five quintessence. Pearls have a Cinderella quality that render them perpetually aspirational – an investment in style, grace and heirloom-worthy fashion.
Try the Hardy Brothers Australian South Sea Pearl and Diamond Drop Earrings sourced from the Pinctada Maximus oyster from the Kimberley Region in Western Australia.

Hardy Brothers is one of Australia’s most celebrated and distinguished jewellery companies. Founded in 1853,  their impressive 168 year legacy draws on flawless attention to detail, superb artisan quality and a long-held commitment to traditional craftsmanship. Visit hardybrothers.com.au 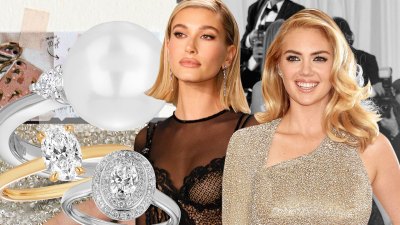 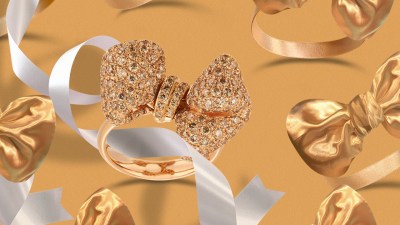 Work Of Art: A Hardy Brothers Love Story Wrapped In A Ribbon 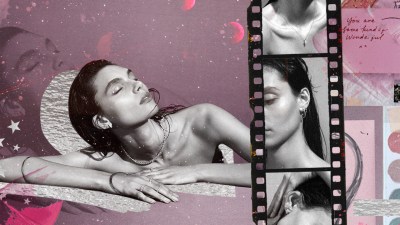