GRAZIA speaks to the young artist at the release of her debut studio album. The perfect lockdown playlist...

As we ever so slowly edge to September, change is being promised. A change of season and a change to pandemic restrictions (we hope). It’s fitting that today Australian artist Gretta Ray has released her debut studio album, Begin To Look Around. The project has been described as a “coming-of-age” record and according to the young creative it is “really intended to celebrate me changing my mind”.

GRAZIA spoke with Ray in the lead up to the album release to speak on the making of the album, why she idolises Taylor Swift, and how in the face of change, we should all enjoy the ride.

GRAZIA: You’ve described this as a coming-of-age record. What were the key moments that informed this album?

Gretta Ray: “I would say a lot of [moments] that happened in the year 2019 when I wrote the record; all of the travelling that I was doing – mostly work related travel. I was going to London quite a bit because my management is based there, and I wrote a bit of the record there. I went to America a couple of times on tour with Gang of Youths as well. I also went to Europe a few times with my two best girlfriends. Going out into the world and experiencing it definitely informed it, for sure. Also, I think people here [informed it]. A pretty bad breakup definitely contributed to the songs that I wrote for the record. I think just finding myself out in the world, and in my job, and getting a sense of what my identity was outside of that relationship. And growing up.” 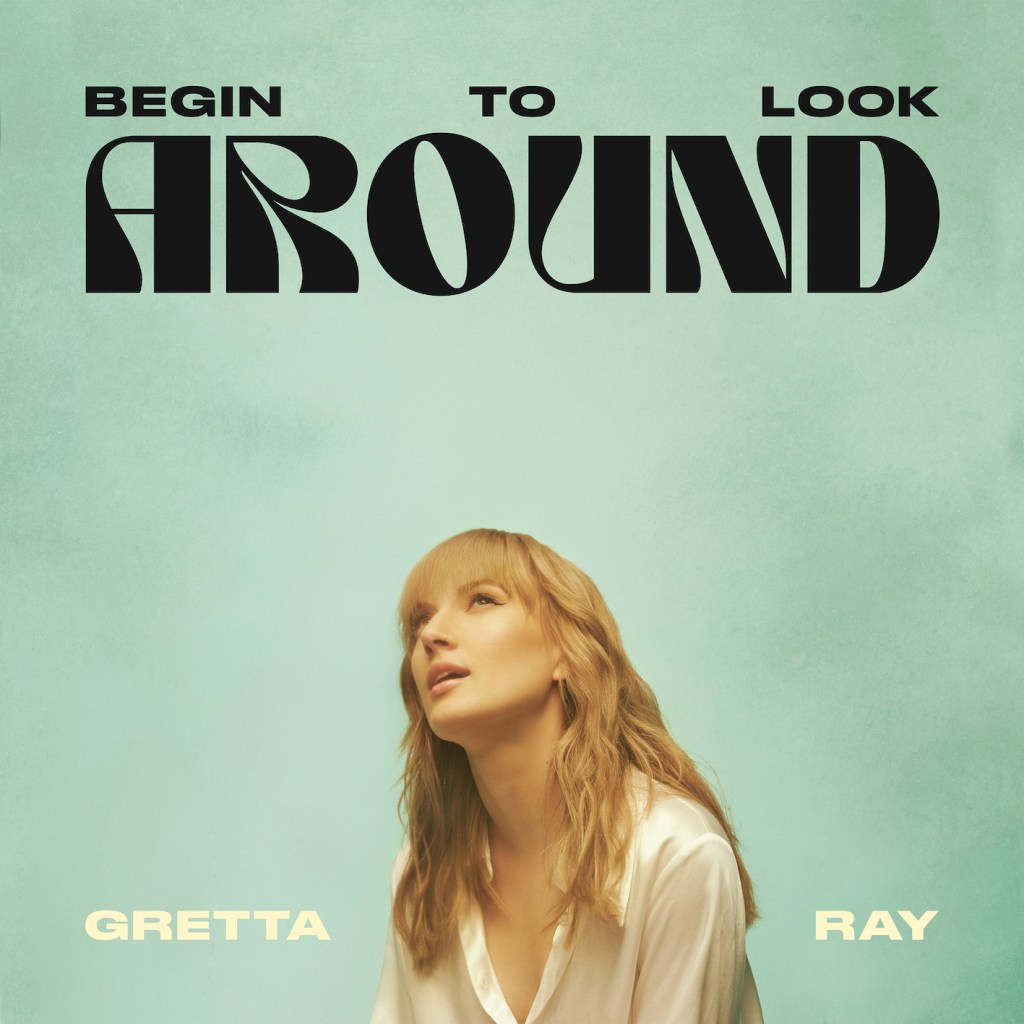 What are some of the biggest lessons that came from this project?

GR: “Just how much there is to learn about song writing. I’ve been writing songs since I was about seven. It was a hobby since I was very young. I don’t remember a time where I didn’t do it. But it’s different every time that you write a song and there are so many different ways to approach creating a song. I think that one of the biggest things that I learnt when writing the record was just how to collaborate.”

GR: “I mean, there are a lot of people, but I would so love to work with Julia Michaels in America. I just love her work for her own projects and for others. She’s incredible and I think that there would be so much that I could learn from her. That would be amazing.”

You’ve said that you always wanted to be a singer. When was the turning point where you realised this could be a very real career for you?

GR: “I’ve kind of always known that it was going to be a big part of my life. I grew up very heavily immersed in music and I was always singing. As soon as I could play an instrument, I was writing music. So, I knew that I wanted to share it and I definitely had dreams in my head of making music videos, being on stage and being a pop star – going into my imagination as a kid in that sense.

I think there was the gateway into actually understanding that I could pursue this, and that it could work. And that takes seeing yourself in other artists who are doing it. I think that’s why so many artists in my generation, like Taylor Swift, were so validating in that sense. She was young, she was writing very diary entry-style songs and she was very relatable. Missy Higgins is a huge influence of mine… She’s also Australian and she’s so successful.

And when I started writing a lot of songs that I felt were getting to a point where the quality of them was being recognised by other people – that inspires you to work harder, to show more people the songs and to perform them more and see their response. Slowly but surely, I got to a point where I was like, yeah this is going to be the thing for sure.”

You’re leading a new generation of artists, which I can imagine is incredibly hard given the past two years. Where live music is not possible, how do you break through the saturation of social media to connect with your fans?

GR: “It has been difficult in that sense for sure. I think one of the things that I did wasn’t even planned. It was just something that I spontaneously started doing online when I was in my second lockdown here in Victoria. Around the time where we still had a little bit of that novelty. I started reviewing other people’s records on my Instagram stories. I would do a track-by-track review.

They were a bit all over the place and you could tell that ultimately, I was a massive fan of those artists. Lennon Stella’s record came out, the Dua Lipa record came out, both of the Taylor records came out. I was like, “I’m just going to tell people what I think of them.” That definitely opened the door to people because, you know, everyone was listening to those records. But also, we were online more than usual. Even though it was a very random decision to start doing those things, I think it was one of the better ones that I made on social media because it was something that set me apart from others. I also think it was something that everyone could join in on as well. We all loved those records and it connected us.”

This album has such a joyful, positive sound to it. Was this intentional?

GR: “I think it’s interesting now having all the conversations about intentions going into writing records. I think with “Begin To Look Around,” The only thing I knew about the album was that it was going to be a full length album. That was the only decisions that I made. In terms of the emotional curve of the album and how the songs ended up sounding, the other aspect was I wanted to incorporate more pop elements into it. But they were kind of the only things that I’d set out to achieve. Everything else in terms of the storyline and all of the emotions that are stacked into it came very naturally with what was happening in my life that year.

In terms of the songs that end up ended up sounding more positive, they [came] directly from my experience. There’s a song towards the end of the record called “Love Me Right” and I don’t think I necessarily thought that I would write a song that would be that upbeat and joyous sounding. But I’m really glad that that emotion found its place on the record because there was a real light at the end of the tunnel moment, you know, turning a corner.”

I’m sure there are many young musos out there who would love to follow in your footsteps. What is your advice to those who want to take their hobby to the next level?

GR: “I think my advice would be to not to stop creating… especially with how the industry operates now, you can get start fixated on things like streaming numbers on TikTok, views on Instagram and followers. You can base the worth of your project off those [numbers] which I don’t think is healthy and it’s definitely not an accurate reflection of what kind of music you’re making. I think if you love your work, just finding a way to keep improving it, to keep making it, to keep showing it to people and just pouring the passion and the love that you have for it into those things, will be the thing that ultimately grows your project in its quality.”

You said, “My favourite records are the ones you step away from and feel like, I can’t wait to make something.” Who are you listening to right now and who is inspiring you right now?

GR: “I really love the Clairo record that came out recently, and I hadn’t really listened to a lot of her other stuff. I know it was super popular, but I know that this record is quite different from anything that she’s done before, sonically. I’ve been listening to this new Australian artist called Psycho who’s just put out her first EP called “Psycho’s First EP,” which I’m just totally obsessed with. My friend Maya released her debut EP as well which is really incredible. I also feel like I need to give a shout out to my album release date twin and also a really dear friend of mine, Maisie Peters, who is a UK artist and her album is coming out on the same day as mine.”

What do you hope people take from this album, considering that many fans are probably in lockdown?

GR: “Just for it to be a really big stamp of validation for people who are trying to find their feet. Whether that be in their job or their personal life, where they’re living or who they’re with, or whatever it is. I think that this record really intended to celebrate me changing my mind about how I felt about things.”

Gretta Ray’s second studio album “Begin To Look Around” is out now.