Why tap into just one luxury customer market, when you can create a high-end winter range that appeals to four rather different style tribes instead?

That might have been back of mind for Kim and Kanye’s go-to, Givenchy creative director Riccardo Tisci, as he sketched up his Autumn/Winter 2016 offering. It may have even been a topic of conversation – in some roundabout way – when planning this new Autumn ad campaign with stylist Carine Roitfeld and photographers Mert Alas & Marcus Piggott (known collectively in the biz under work name Mert & Marcus).

Given the Dream Team behind the camera and who’s who of models in front of it, the five set-ups, all captured on the streets of New York, tell a story of ‘Givenchy Gangs’ from very different worlds (and with very different tastes, apart from expensive clothing).

The first, with supermodels Mariacarla Boscono (who fronted H&M for years) and Irina Shayk amongst the models surrounded Bella Hadid at its epicentre, represents a stylish uptown woman in an almost doorman-like coat as she walks out of an elegant art deco building. The next, starring a brooding Irina Shayk on its far right side, is inspired by a glamorous ‘skinhead couple’ (there’s a seeming contradiction of terms), with girls in semi-bombers, fishnets and micro minis throwing around attitude that’s as edgy as their eyeliner. New York’s not necessarily known for its psychedelic hippie scene, but if it had one, here’s what the most stylish amongst them might wear. (Look past the third eyes – no pun intended – and lank hippie locks, and you’ll agree the pleating and embroidery is masterpiece.) Note Aussie model Julia Nobis (who refuses to join social media, apparently) representing on the far right. And that spectacular seventies-esque linoleum floor: retro gold. Glam rock chicks in winged eyeliner and satin pieces to-die-for, loiter at the backstage door of a concert venue like Penny Lane in Almost Famous (albeit in far more luxurious clothing). Part Cleopatra, part Ziggy Stardust their intention is to draw attention. And of course, because a) this is meant to be the Big Apple and b) businesswoman buy designer clothes, the final pic features elegant office-bound folk stepping out in sharp tailoring; the men’s jackets inspired by the Donkey Jacket style worn by English miners in the 1930s and bad boys in the 90s. This tribe? The city-bound sharp suiter who mean business

But despite all the supermodels and fashion royalty (Carine, we bow down) involved, the tiny beacon of fabulousness that nabs the limelight here is that red bag, called The Horizon. It’s Givenchy’s new signature bag and named to suggest hope for a more positive future. We feel happier for just looking at it. Job done. What’s on the Horizon in the bag department for Givenchy

It’ll be a few months yet before you can buy your own piece of portable sunshine in bag shape, given the Autumn/Winter collections drop to suit European seasons (aka August/September), but on the bright side, that does give you time to plan, save and settle on which tribe you want to belong to. 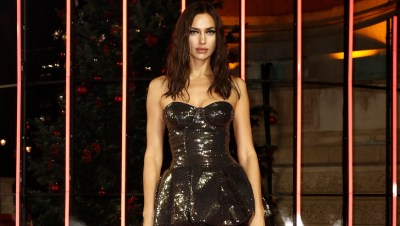 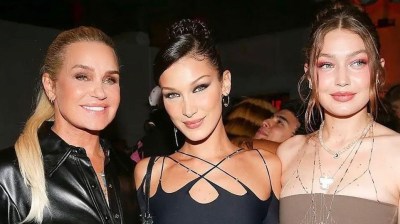 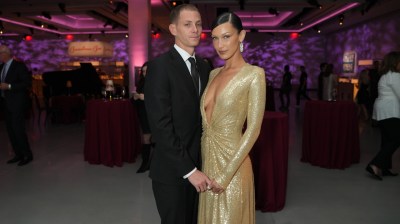 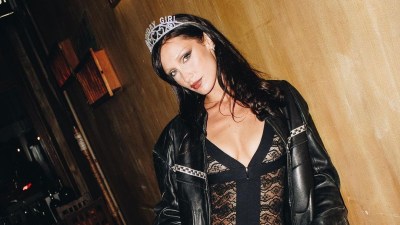