Gabrielle Chanel’s early designs recognised a woman’s growing need to move freely, thus countering the constrictive fashions of under structures and corsetry. Learn more about the lasting influence of the renegade designer

“Night At The Museum.” A short film by Harry Glassborow for GRAZIA in collaboration with CHANEL. Starring friend of the house Victoria Lee, the heroine sneaks into the “Gabrielle Chanel. Fashion Manifesto” exhibition after hours to marvel at the early works of the iconic designer.

MELBOURNE, AUSTRALIA: The Gabrielle Chanel. Fashion Manifesto exhibition is currently showing at the National Gallery of Victoria; a fascinating and insightful masterclass into the pioneering works of the 20th century French couturiére who famously swapped stiffened crinolines and corsetry for a streamlined elegance founded in simplicity.

“When Chanel was born in 1883 – the tail-end of the 19th century – women were wearing corsetry and bustles, and the body was heavily constructed into an artificial shape,” says Danielle Whitfield, a fashion and textiles curator at the NGV. “You needed assistance to get into the clothes and fasten the layers of stiff fabrics – like taffetas. They weren’t supple and flexible. Women were almost like these little models of their mothers dressed up in Victorian costumes.”

Youthful, uncluttered and softly tailored garments which allowed women to move about with ease – and were free from fussy and heavy ornamental structures – became Chanel’s distinct legacy.

“Gabrielle Chanel proposed a different kind of femininity, and created a uniform which was informed by the principles of comfort and elegance.”

“She said, ‘I decided who I wanted to be and that is who I am’ and it’s that kind of spirit of defiance and freedom that fuelled her designs,” Whitfield continues. “They were very much based on her perception of herself as an independent career woman.”

Beginning her career as a milliner, before opening boutiques in the French seaside towns of Deauville and Biarritz, Chanel’s hats – simplistic in design – were loyally worn by a handful of monied and influential clientele, including actresses, launching her into the world of Paris Fashion. A journalist at The Washington Post, Claude Cherys, commented on the new silhouette popping up in Deauville in August of 1914, describing it as “more genuine, more like a true sportswomen”. “There is a touch of manlike utility about the pure white linen costumes worn on the Grande Plage in the early morning,” he wrote. “The wide-brimmed sailor hats seem just a trifle more severe and correct.”

The young designer recognised that women were evolving, her designs striking at the exact degree of social radicalism: Women were driving, working, holidaying.

Part three of the exhibition – “CHANEL No5 The Invisible Accessory Of The Modern Woman” – showcases tiny little compact powders, travel soaps and tanning oils, all of which were packaged so a woman could pop them into her purse, a baffling notion for the time period. In the exhibition, these sit alongside the very first bottle of Chanel No5. Created with no less than 80 ingredients by perfumer Ernest Beaux in 1921, the clear glass bottle was informed by cubism and almost resembled a pharmaceutical bottle, its simple black typeface an extension of the graphic language of the house.

“It was about introducing a new aesthetic to women’s fashion that was really applicable to how their lives were changing,” says Whitfield.

“The accessories became an extension of Chanel’s vision in the 50s: this idea of modernity where women were on the go, moving forward, and travelling somewhere.”

In her bid to create an alternative to complicated drapery and superfluous frills and furbelows, the designer also introduced silk jersey and wool tweed into womenswear, the former being a fabric which was most notably reserved to make men’s underwear at the time.

“What these fabrics do is allow women to move easily – you can bend your elbows in comfort,” explains Whitfield. “There’s also a great functionality: Chanel introduced pockets into these day ensembles which was about giving women a freedom in dress. It’s about utility.”

Freedom of movement, functionality, casualness, and distinction are maybe best embodied in part seven of the exhibition, an open room showcasing many CHANEL suits. Promoted for its practicality in the 50s, the suit, while complex in its geometric panelling, was free of bust darts and comprised of a shorter skirt and sleeves to allow for comfortable movement. Two side panels (known as petits côtés) defined the new silhouette and accentuated the natural line of the body.

Explore the complex work of CHANEL’s artisans in achieving these new codes for women in Part Two.

Gabrielle Chanel. Fashion Manifesto is the first retrospective exhibition devoted to the work of Gabrielle Chanel in Australia after it premiered at the Palais Galliera, Fashion Museum of the City of Paris in 2020. Now showing at the National Gallery of Victoria until April 25, 2022. For tickets, see here. 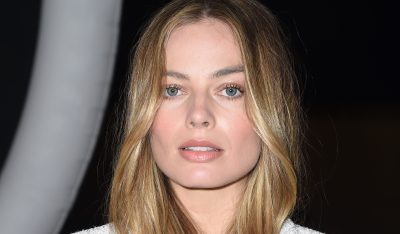 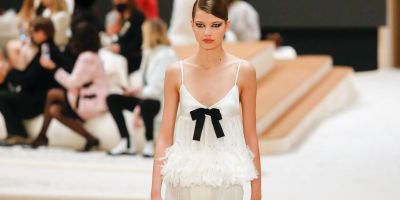 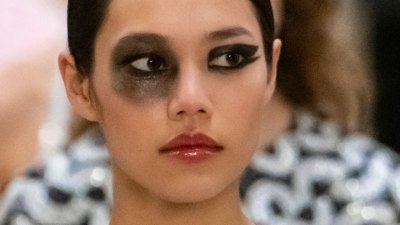 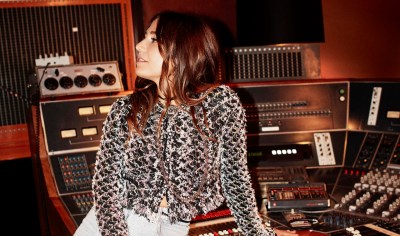 2: “We Always Begin By Making The Dresses Of Dreams. Then We Have To Cut, Trim And Remove, Never Add”
Next page