They can do no wrong

No look is too daring or too niche for Emma Corrin and as they continue the promotional tour for My Policeman. While Harry Styles remains absent from the ongoing red carpet appearances (we mourn) the cult actress is making a statement all their own. Corrin is no stranger to going full camp, remember that Loewe balloon dress, so it comes as no surprise that her latest appearance comes courtesy of JW Anderson.

Overnight the 26-year-old stepped out at the BFI London Film Festival wearing a one-shoulder iridescent dress from the eponymous label that is reminiscent to a goldfish bag. The kitsch take on the bubble dress is part of the Spring/Summer 2023 collection and according to the show notes “nodded to the visual motifs of the early internet.”

The Crown alum wore black chunky mules and Cartier jewellery styled by Harry Lambert who also happens to be Styles’ longtime collaborator too. Lambert was also behind Corrin’s recent look at the Toronto International Film Festival and at the Met Gala where they paid homage to the King of Dudes in custom Miu Miu.

It comes after Corrin, who identifies as queer and uses they/them pronouns, revealed the journey of buying their first chest binder in 2021. She recalled the experience as being very “intimate”.

My Policeman is set to release from October 21 in cinemas and on November 4 on Amazon Prime. Directed by Michael Grandage and based on a 2012 novel of the same name, the forthcoming film follows a policeman who is gay in a 1950’s society that deems it illegal. He begins dating a female school teacher while also partaking in an affair with museum curator.

This will be Corrin’s first major film role since appearing as Princess Diana in the season four of The Crown. 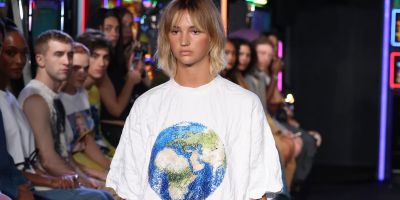 JW Anderson Is The Master Of The Unexpected 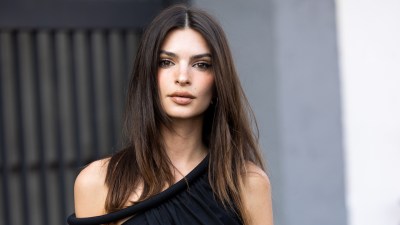 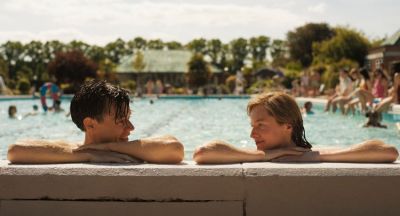 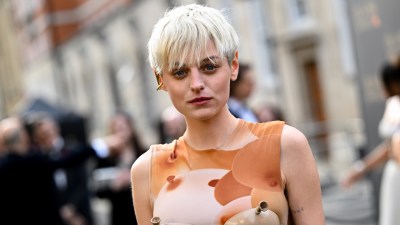