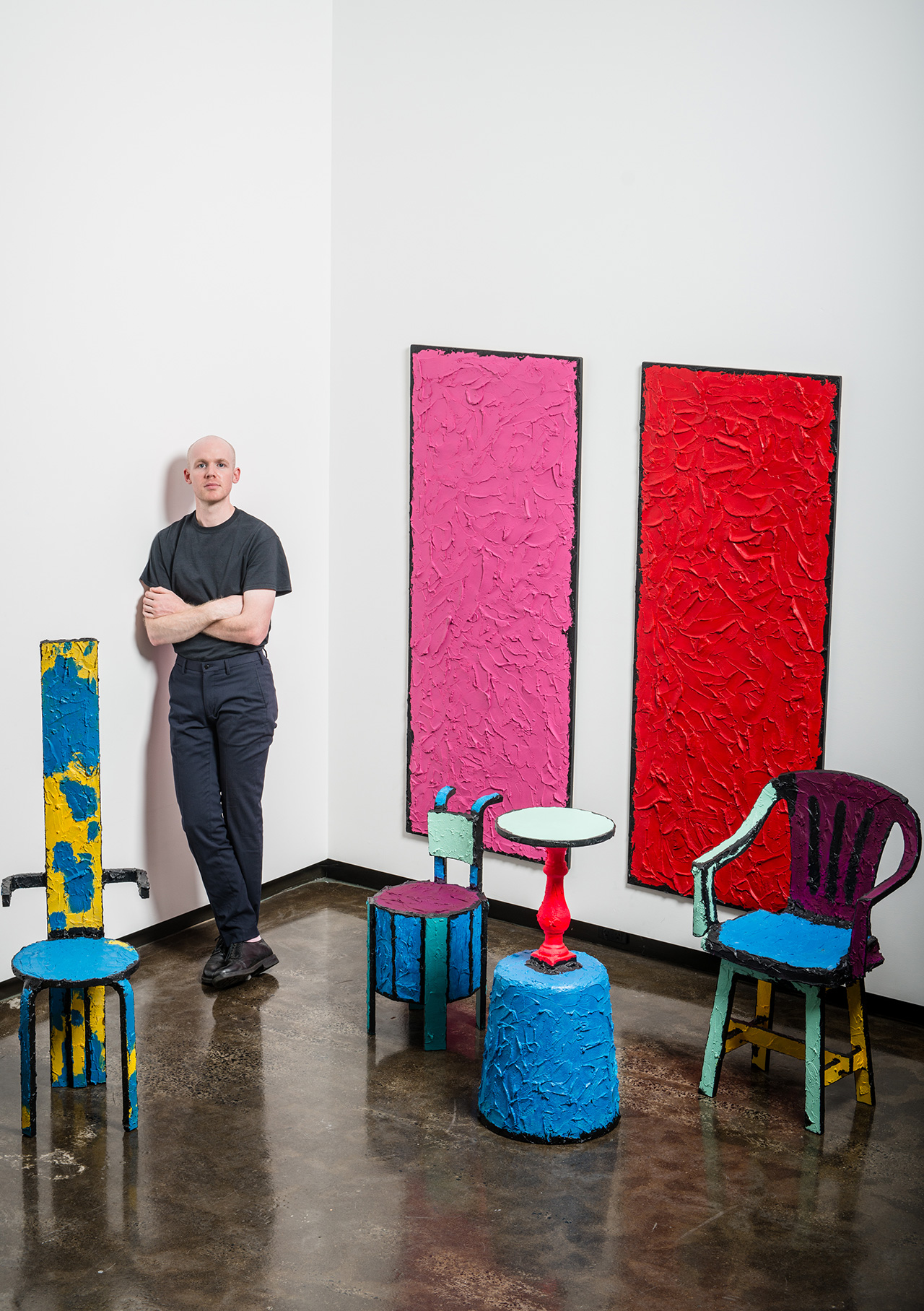 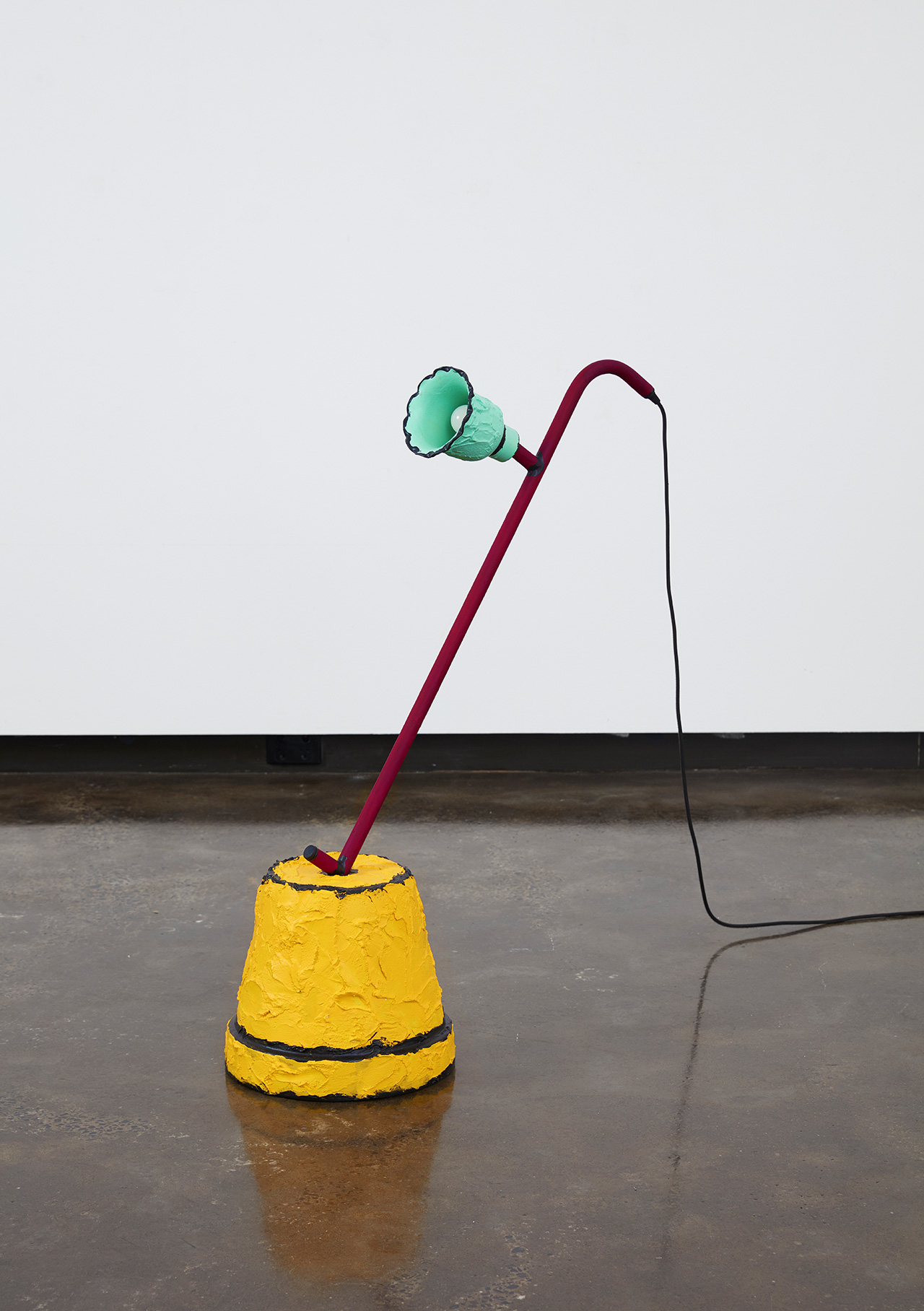 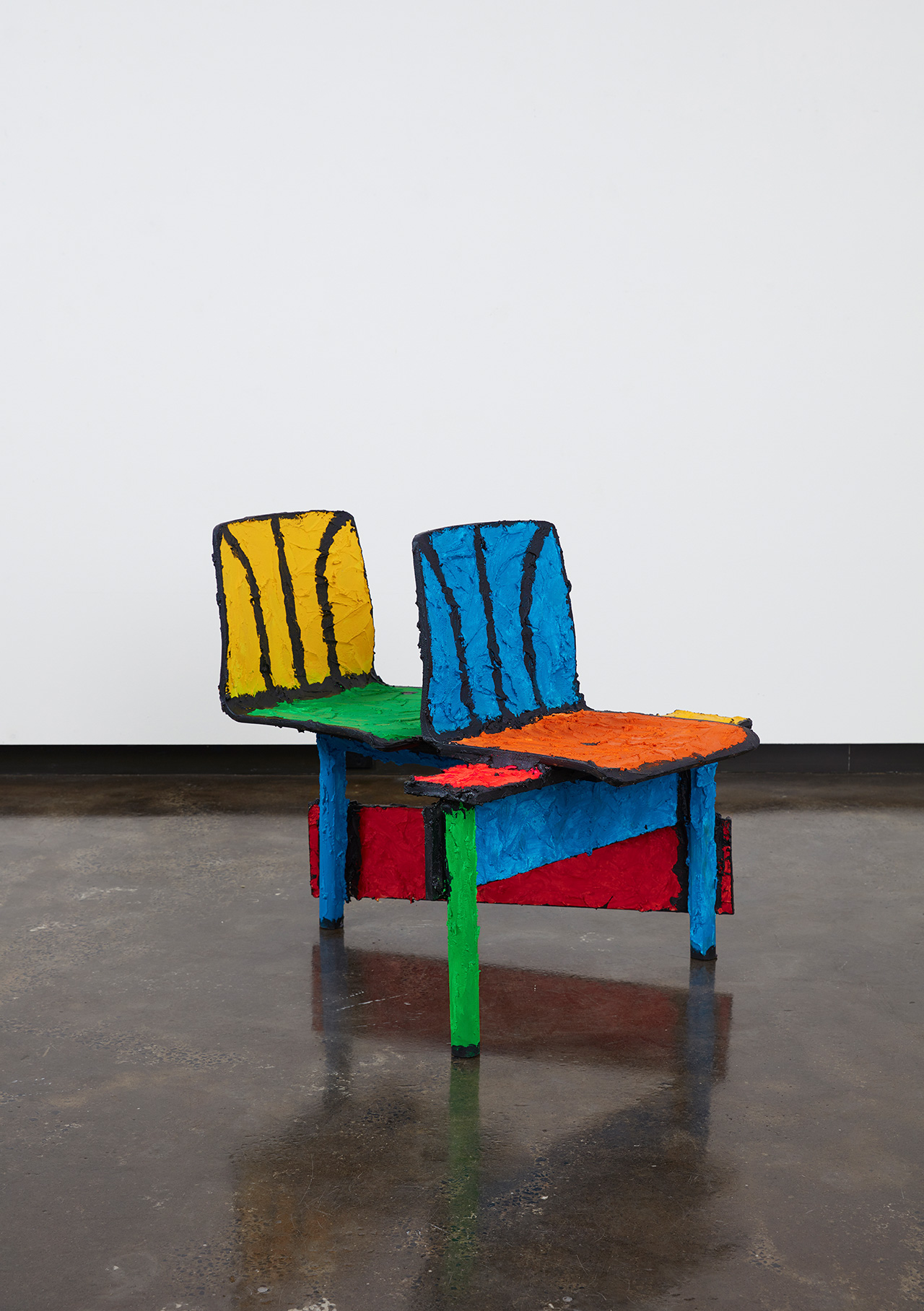 A pillion seat's dual configuration takes its cues from a motorcycle

To illustrate a point about the uneasy dialectic at the heart of his profession, the designer Dale Hardiman invokes the most rudimentary era of his chosen profession’s history: the Stone Age.

“When we design a new chair, we’re replacing a chair,” says Hardiman, a designer whose cerebral and often deceptively simple work exemplifies contemporaneity. “We learned how to sit a very long time ago [and] we fixed the problem of sitting in a very rudimentary way – stones. We’re constantly evolving and developing new products to do the same thing.”

A side table, by way of another example, performs another of the most simple of functions: to hold another object. It’s a skillset we have arguably mastered by now, so why then do we continue to replace our existing side tables with new ones that offer the same means to the same end? “It has to do with an aesthetic and emotional issue,” Hardiman reasons. It’s to those same issues, and the reasoning at the heart of them, that the designer returns with each instalment in an arresting twofold practice.

Hardiman’s day job is to play one half of Dowel Jones, the collaborative design brand he co-founded with Adam Lynch five years ago and which produces Australian-made furniture en masse for use in both airy, ebullient cafés and corporate workplaces that you imagine would rather they were referred to as ‘creative hubs’ with ‘chill brainstorming zones’. At Dowel Jones, Hardiman and Lynch create endlessly endearing work fuelled by a desire to streamline both their designs and the processes involved in the making, whilst maximising on the production capabilities of local manufacturers to create a sustainable market presence while, steadily, developing plans for international export and expansion. A recently inked deal with one of the largest hospitality suppliers in the United States means that the duo and their small team, which recently relocated to a new facility in Geelong, each month export shipping containers filled with furniture made in Dandenong to, say, Michigan, USA, where it’s then used in mass market hospitality chains like Wendy’s.

A deeply personal design practice, however, predates Hardiman’s work with Dowel Jones. The designer’s solitary creative pursuit is concerned with interrogating singular objects explored through a theoretical framework around what design is and what it can be. Though Hardiman’s two practices compliment each other and often work in tandem, the results produced by each are markedly different.

Where Dowel Jones is concerned with paring back items without compromising on their aesthetic values, a new collection of eleven pieces exhibiting currently at the Sophie Gannon Gallery as part of Melbourne Design Week is, Hardiman says, completely “non-designed.” In Common Resources, each piece of furniture or lighting has been made with the intention of increasing the lifespan of an object beyond its original use-by date. Rather than create new objects from raw materials, Common Resources sees Hardiman resurrect and recode elements salvaged from discarded furniture and, in doing so, create new forms imbued with renewed energy. In effect, with this body of work Hardiman has fashioned himself in to the Victor Frankenstein of curb-side collections.

“My intention with the work was to not design anything,” the young designer tells GRAZIA at Sophie Gannon in Richmond, a suburb seemingly developed to facilitate countless home renovation, decorating and refurnishing outlets. “There was no drawing, no Computer Aided Design [CAD] work; there was nothing involved in the production of the objects [besides] making.”

The body of work’s title, Common Resources, is derived from the title of Hardiman’s graduate thesis, which he produced during his time spent studying Industrial Design at RMIT University. “It’s about providing the tools for the greater population to make their own objects,” he says. “When you make an object, [there is an idea of] ‘emotional durability’ [at play]. You become part of the object [you make] slightly, or a family heirloom [you inherit] – you have that emotional durability. Whereas with a lot of objects we don’t have [that connection] and we discard them. The idea with this was to minimise the amount of work required.”

“What [Hardiman is] talking about comes out of the Bauhaus or Modernism, which is this idea that we need to constantly produce new material and new form,” Ewan McEoin, Senior Curator, Contemporary Design and Architecture Department at the National Gallery of Victoria tells GRAZIA. “He’s talking about valuing more the things that are already around us. Rather than producing a whole new thing, [Hardiman proposes] using as part of your palette the things that surround us… It’s less a polemical narrative and more him saying, ‘Let’s observe the world around us’ and [ask] how designers can lessen their impact and bring new value to things that are undervalued. Something like a $40 Ikea stool comes with a billion-dollar Research and Development [R&D] process, so sometimes those things are actually produced at a very high resolution.”

Indicative of a desire to distil his resources down to what is most accessible, Hardiman eschewed the abundant tools available to him at the Dowel Jones factory and opted instead to create each piece with an electric drill and a handsaw. Each of the 11 pieces exhibiting as part of Common Resources has been made from found objects, including several of those ubiquitous Ikea stools; the collection itself is about the facilitation of design for others using only that which is readily available as much in the kitchen as in the garden shed. In a way, each item of furniture serves a purpose that is both as utilitarian as it is aesthetic, and doubles as a gentle rebuff of the broader population’s tendency to discard household items as hard rubbish once their aesthetic and emotional value has been ostensibly exhausted. There is a palpable sense of joy and humour to be found in the abundant references each facet of a single design entails, almost as though the pieces themselves are inviting a beholder to decipher the origins of their many parts and reconsider their stance towards whatever nearly exhausted pieces of furniture of their own await their return home.

“It was all about intuition,” Hardiman recalls of his near yearlong creation process. “It’s that feeling of understanding and knowing what you’re doing, and it really takes in experimentation. It was all about… working within the space of the moment as opposed to trying to plan and structure things.”

In his work with Dowel Jones, CAD and extensive documentation processes are central to a business that is continually scaling upward. With Common Resources, Hardiman’s process was informed only by what was made available to him. Circumstance itself dictated what was capable when it came to the moment of creation. The designer does not drive, so his resources were limited to what he could carry on foot to his studio en route from his home nearby in the Melbourne suburb of Preston. Taking a different route to and from work each day would constantly unearth new objects for consideration. In a confluence of the adamantly analogue nature of the work and the digital processes that are increasingly indispensable to designers of his calibre, Hardiman also sourced objects through the free trade economy on the Internet. In one instance, he traded a couch for twelve balusters that were later repurposed for the base of a lamp and side table alike. The first object Hardiman created using this new rubric, a tall back chair, was wrought from a discarded Ikea stool affixed to an elongated backrest with one pair of legs later reconfigured to create an armrest. In many ways, the resulting piece is an expression of design in its simplest form. Only what was produced over the next 11 months is what has been exhibited – in both exhibition and execution alike, there was no judicious editing process at play to refine the offering. With Hardiman, what you see is what you get.

The designer has developed what he calls a “visual intensity” for the work in order that it stand out, while imbuing each piece with both a discernible character and a sense of cohesion. Hardiman has skinned the pieces in a manner that removes any discrepancies in underlying form and unifies the objects visually by obfuscating any qualities that would signify that they were, originally, rubbish. The designer applied tile grout and a coloured rubber compound in a painterly, impasto fashion; his palette is an assortment of saccharine, candied hues chosen not for their aesthetic properties but simply through their being available at the moment in which they were required. The edges and defining features of each piece have been outlined with decisive black lines – a detail, again, that was born of necessity: the raw edges of medium-density fibreboard [MDF] and plywood board would absorb whatever paint Hardiman applied, an effect that a single application of black helped to counter.

In its exuberant celebration of the mundane made sublime, the finished products of Common Resources are evocative of another great champion of Victorian suburbia, Howard Arkley. For his part, Hardiman is wary about conflating what he sees as a clear distinction between any artist and designer and their divergent practices. It’s clearly important to Hardiman that such a distinction between the two occupations remains, but it’s a delineation that admittedly becomes increasingly difficult given the context of a gallery space. The gap is bridged, in a way, through Hardiman’s inclusion of two large wall pieces that double as textural and colour studies.

“This is, I think, the ugliest piece with the weirdest colours,” says Hardiman, referring to one of the pieces titled the Pillion Chair: a two-seater chair inspired by the seating configuration of a motorbike (Hardiman is a keen motorcyclist). “It’s for the kind of conversation where you don’t want to have to make eye contact,” he suggests, his laughter ricocheting around the gallery.

In almost all of the pieces, the Pillion Chair for example, singular parts have been taken from multiple items – coffee tables, book shelves, planters. They’re anonymised by Hardiman’s process, but what lingers is the impression, the ghost, of the detritus from which they’ve come. It’s astonishing to imagine the spectre of everything that wasn’t used in the process hanging overhead; more so, the vast mass of everything that Hardiman couldn’t carry, or did not cross paths with at all – the discarded flotsam forever waiting curb-side to be resurrected and given life anew before it’s carted off to a fate unknown.

Dale Hardiman is exhibiting Common Resources until March 24 as part of Designworks 02 at the Sophie Gannon Gallery in Richmond, Melbourne, during Melbourne Design Week. More information is available here.

Tile and cover image: Courtesy of Melbourne Design Week and the National Gallery of Victoria 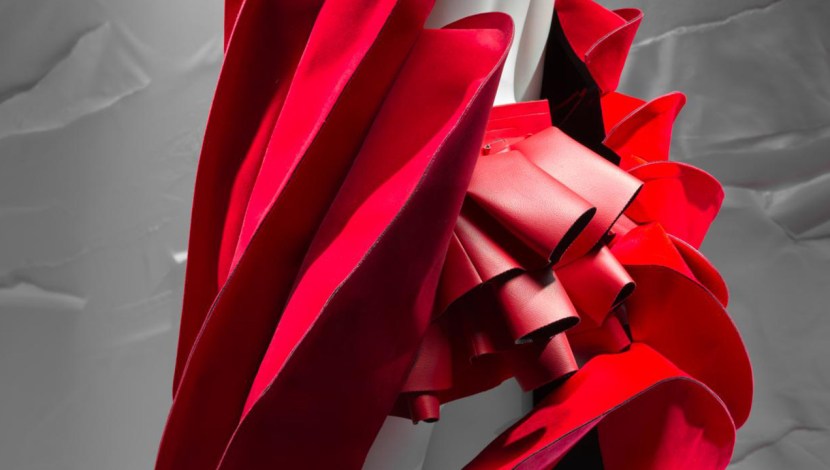 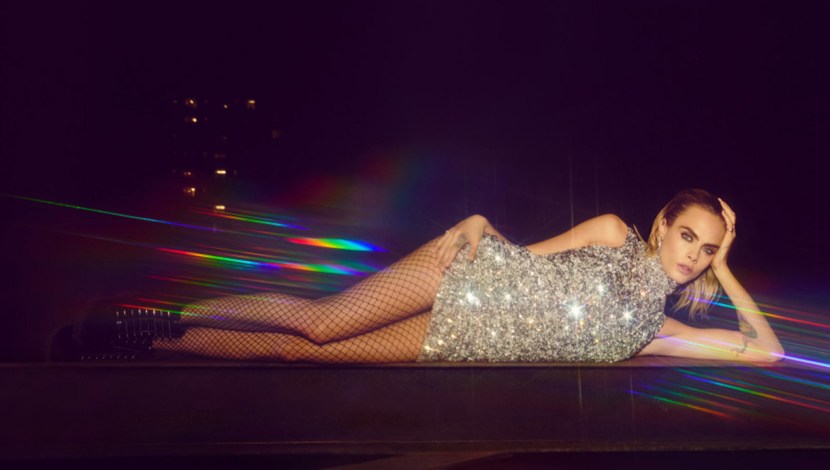 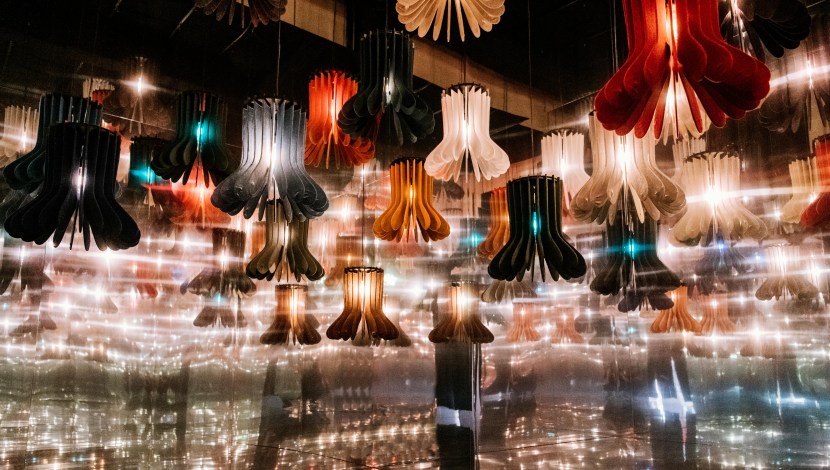 If You’re In London, Head To This Free Fashion Exhibition 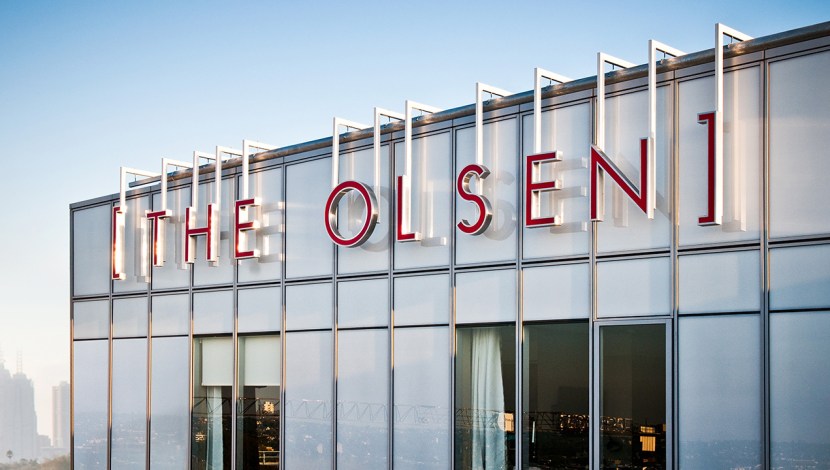 48 Hours At The Olsen 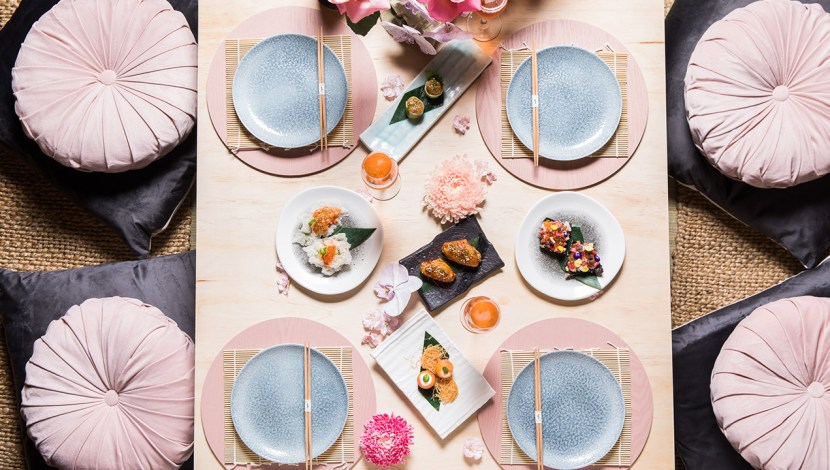 This September, Saké Restaurant & Bar Is In Bloom
Next page